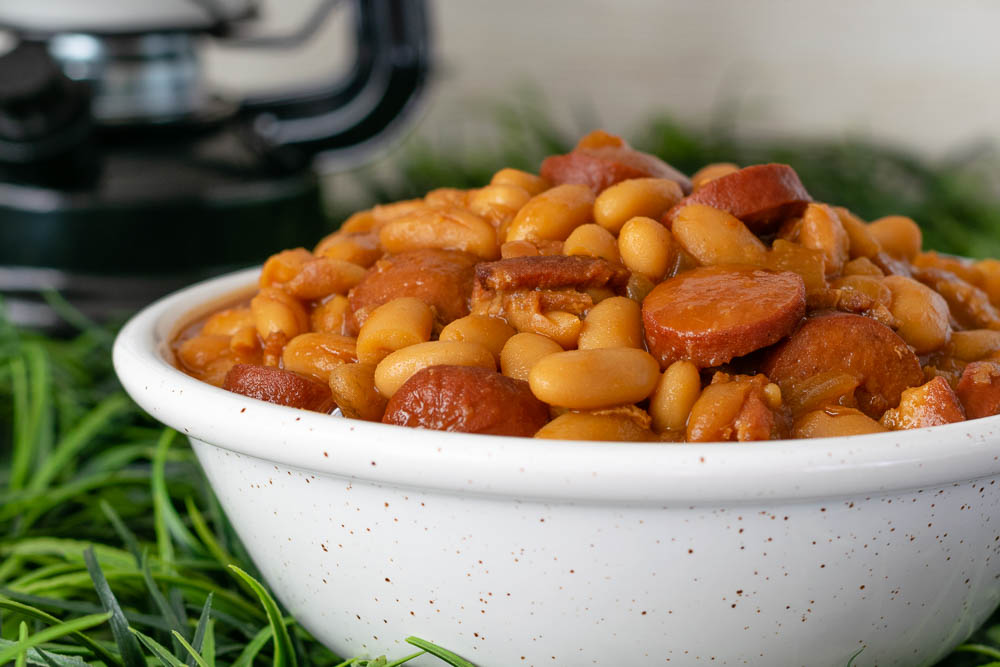 Last week we shared an interview with Joe Bob Briggs and promised you 3 new recipes for Shudder‘s The Last Drive-In. We can’t tell you where in the marathon these movies will fall. Therefore, it is best to shop in advance for them and get things prepped. Up first, we’ve created a recipe inspired by the cult classic Sleepaway Camp.

In Sleepaway Camp, “after a horrible boating accident kills her family, Angela, a shy and sullen young girl, moves in with her eccentric aunt Martha, alongside her protective cousin Ricky. One summer, Martha sends the kids to Camp Arawak. Soon after their arrival, a series of bizarre and increasingly violent accidents begins to claim the lives of various campers. Who is the twisted individual behind these murders?” 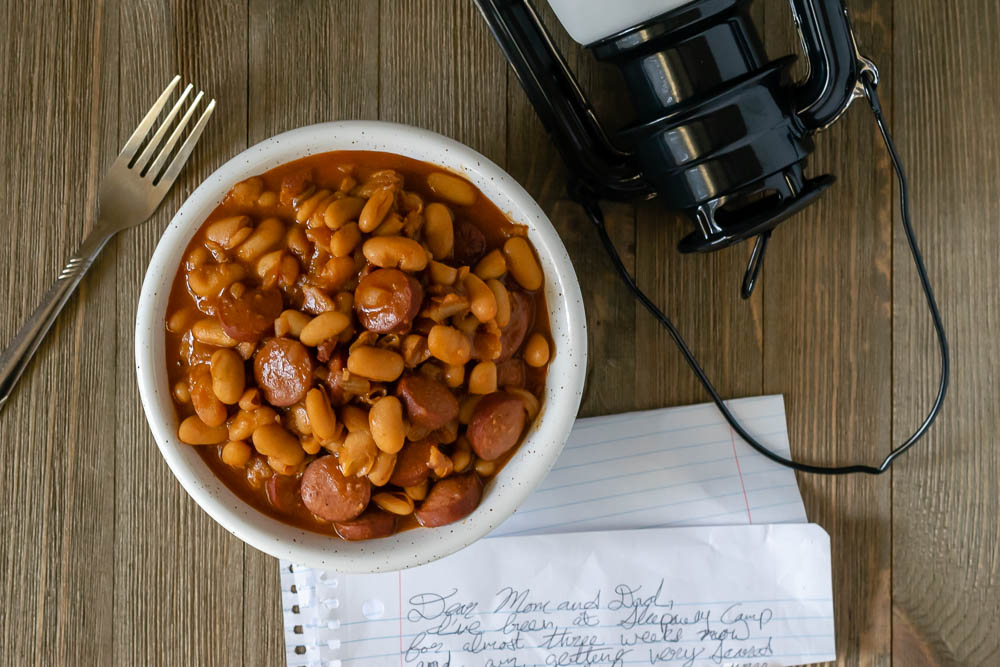 If you’ve seen Sleepaway camp, one of the biggest inspirations for this recipe is very obvious. Since we don’t want to ruin the movie for people who haven’t seen it, we won’t explain it. The other inspiration for Angela’s Franks and Beans was the idea of creating a camp food. However, camp food has a reputation for being pretty awful. So we decided to recreate canned franks and beans! The result so delicious you’ll be going back for seconds!

We’ve got 2 more amazing recipes to go so be sure to check back tomorrow! The Last Drive-In will air on Shudder TV on Friday the 13th starting at 9 pm EST/6 pm PST. This means you’ll need to have the Shudder app (which is totally worth getting anyway, and no this isn’t sponsored). So if you haven’t already, head over to https://www.shudder.com and get signed up! See you all Friday! If you make our recipes be sure to tag them with the hashtags #GeekEats and #JBBonShudder! 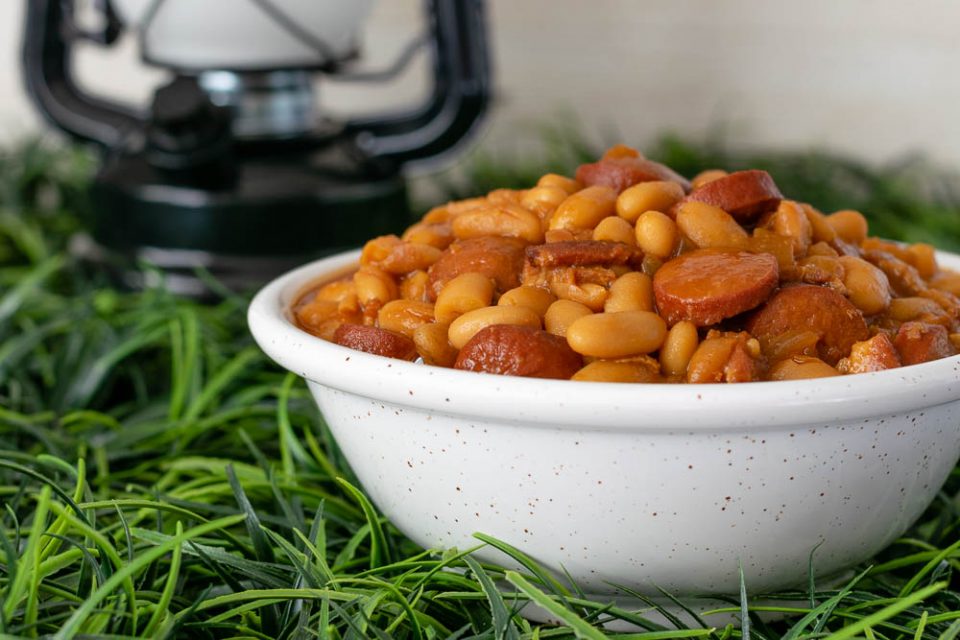 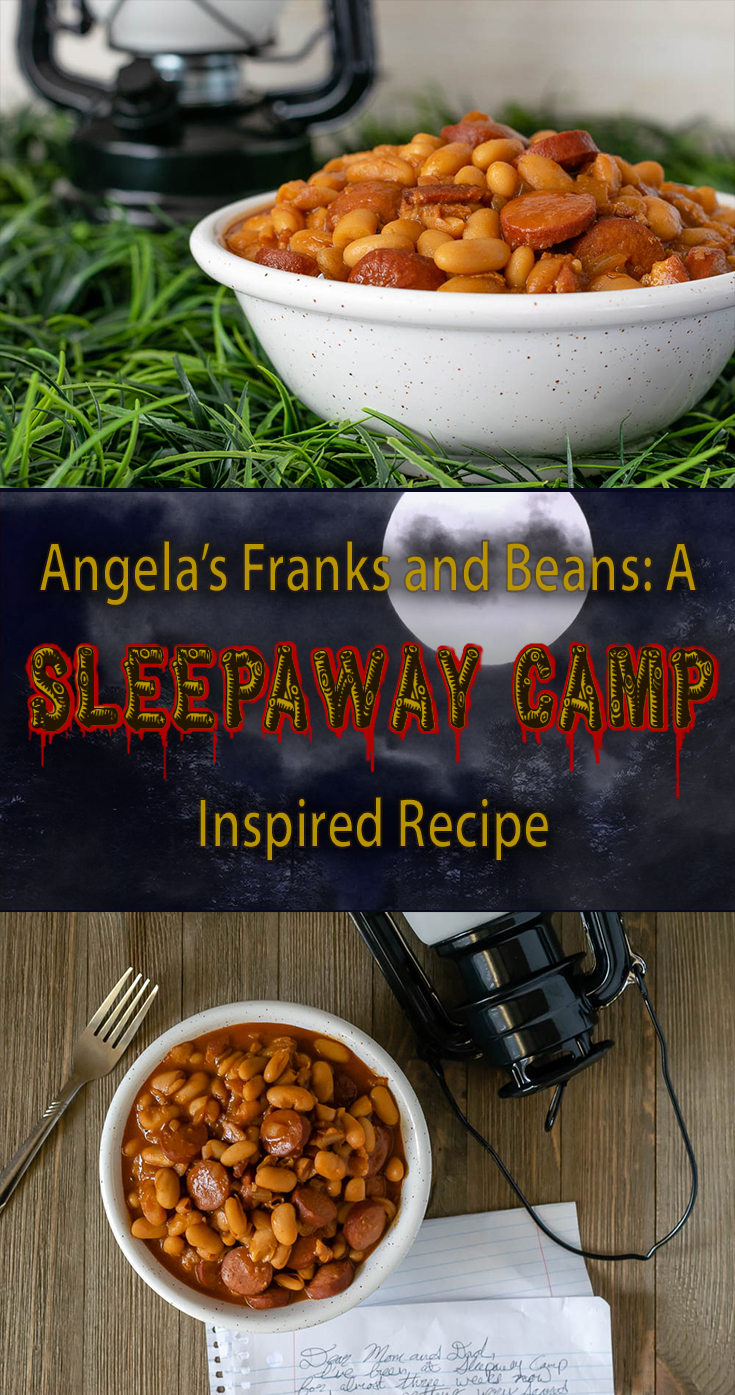