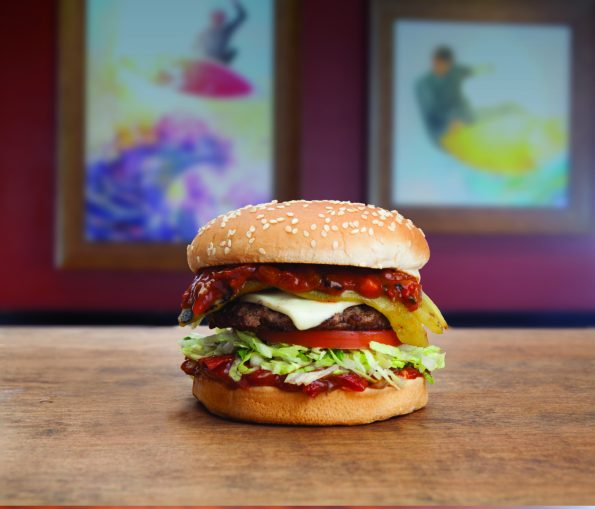 The Habit Restaurant is holding its own Hatch Chile Festival with the debut of special menu items dedicated to this flavorful Southwestern pepper. Hatch Chiles are grown in Hatch, New Mexico and were created by combining three chiles to create the perfect blend of heat and flavor.

The Habit chargrills each chile over an open flame to bring out the smoky flavor and deepen the savory taste in the new, limited time Hatch Chile menu items, which include:

About The Habit Burger Grill

The Habit Burger Grill is a burger-centric, fast casual restaurant concept that specializes in preparing fresh, made-to-order chargrilled burgers and sandwiches featuring USDA choice tri-tip steak, grilled chicken and sushi-grade albacore tuna cooked over an open flame. In addition, it features fresh made-to-order salads and an appealing selection of sides, shakes and malts. The Habit was named the “best tasting burger in America” in July 2014 in a comprehensive survey conducted by one of America’s leading consumer magazines. The first Habit Burger Grill opened in Santa Barbara, California in 1969 and has since grown to more than 150 restaurants in 16 markets throughout California, Arizona, Florida, Idaho, Maryland, Nevada, New Jersey, Utah, Virginia and Washington. More information is available at www.habitburger.com.