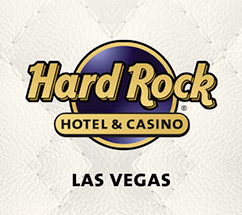 The Morton family knows steakhouses. Arnie Morton founded Morton’s The Steakhouse in 1978; and the restaurant is still perhaps the best known steakhouse in the United States. Michael reinvented the steakhouse with the opening of N9NE Steakhouse in 2001, bringing a party vibe to a dinner out.

We couldn’t be more excited to return to our steakhouse roots; and to truly reclaim the throne my father, Arnie Morton, held for so long,” said Michael. “To introduce this new concept with my brother, David, at the hotel our brother Peter built; it just feels like it was meant to be.”

David, who owns multiple restaurant venues in Chicago, echoes his brother’s sentiments. “Michael and I have long wanted to do a steakhouse together,” he said. “These plans have been percolating for years, and the time has come for the Morton brothers to, once again, reinvent the steakhouse.”

Michael and David Morton have unparalleled experience in developing innovative dining and drink destinations,” said Jody Lake, COO of Hard Rock Hotel & Casino Las Vegas. “This new concept fits perfectly with the direction we are headed and solves a missing piece of the equation with respect to the master plan of the Hard Rock Hotel.”

The new steakhouse will occupy approximately 7,000 square feet at the Hard Rock Hotel & Casino with all-new construction in the southwest corner of the property.

David Morton is the co-founder of DMK Restaurants, among Chicago’s most iconic and fastest growing hospitality companies. Driven by his passion for quality, design and hospitality, David launched his first brand, DMK Burger Bar, in 2009. DMK Burger Bar now has locations in Chicago’s Lakeview and Lombard areas, as well as at Soldier Field and Navy Pier. In 2011, David launched Fish Bar, a celebration of the freshest sustainable fish and seafood in Chicago, which now also has locations in Lakeview and Navy Pier. In 2012, David opened Ada Street, a multi-year winner of Michelin Travel & Lifestyle’s prestigious Bib Gourmand Designation for its seasonal small plates fare and innovative cocktail program. In 2013, David introduced County Barbecue, which has been a three-year recipient of the Michelin Travel & Lifestyles Bib Gourmand designation. In 2014, DMK Restaurants introduced its first bar, Henry’s, located in the heart of Chicago’s entertainment district. Rec Room, a throwback to a 1980s basement party, opened below Henry’s in 2015, and was quickly named by Crain’s as one of the best private venues in Chicago.

DMK Restaurants is the Chicago Bears and Chicago 365 Hospitality premium restaurant partner.  David is a regular speaker on business and entrepreneurship at Northwestern University and at the University of Illinois– Chicago.

Michael Morton was raised in Chicago. He got his start sweeping floors at Morton’s and Arnie’s before creating his own iconic dining and nightlife brands, including Drink!, N9NE Steakhouse, Ghostbar, Rain Nightclub, Nove Italiano and Moon Nightclub. Michael opened Drink and Eat, Too in Chicago in 1992. The psychedelic dance club featured inventive touches like a VIP bar in an elevator shaft and drinks served in baby bottles; he would later open Drink! Las Vegas, in 1995. Drink! Was followed by N9NE Steakhouse in Chicago, and then N9NE Steakhouse in Las Vegas, along with mega-club Rain, the tower-topping Ghostbar, and later Moon Nightclub, Nove Italiano and the Playboy Club, all located at the Palms Casino in Las Vegas. N9NE Steakhouse is widely credited with creating the trend of club-like restaurants that dominate the Strip today.