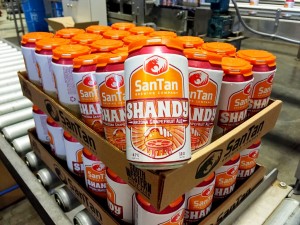 Brewed for the southwest, SanTan Brewing Company’s new spring seasonal beer, Grapefruit Shandy, is a delicious American Ale blended to perfection with locally sourced Arizona grapefruit juice. No artificial flavors, concentrates or extracts are used, just 100% natural grapefruit juice. The aroma is fresh with grapefruit and a hint of malt, perfect for any beer mimosa fan. Get down with the shandy, baby!

“Grapefruit Shandy is the perfect new brew for enjoying on a warm spring day over brunch. With its sweet fruit beer characters and citrusy grapefruit bite, our Shandy is pleasurable to the palate and refreshing,” said Anthony Canecchia, founder and brewmaster, SanTan Brewing Company.

Available at craft beer establishments on tap and in cans featuring SanTan’s fresh new look, Grapefruit Shandy will be available in Arizona, California, Texas and New Mexico on February 1, 2016.

SanTan Brewing Company continues to be one of the fastest growing craft breweries in the nation. In 2015, SanTan unveiled a fresh new look! After eight years of rapid growth and expansion, SanTan has launched a refreshed brand that is fun yet mature, cohesive and visually stunning, a perfect complement to its Southwestern Style Ales. To find a pint or can of SanTan’s beers near you, visit SanTan Brewing Company’s Beer Finder online at www.SanTanBeerFinder.com.

Open since 2007 under the leadership of founder and brewmaster, Anthony Canecchia, SanTan Brewing Company has established a strong reputation as one of 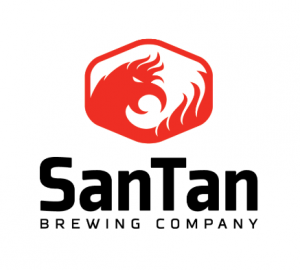 Arizona’s favorite craft breweries. In addition to brewing, SanTan features a friendly neighborhood brewpub in Downtown Chandler, which has quickly become one of the top local food and beer destinations in the Phoenix metro area.