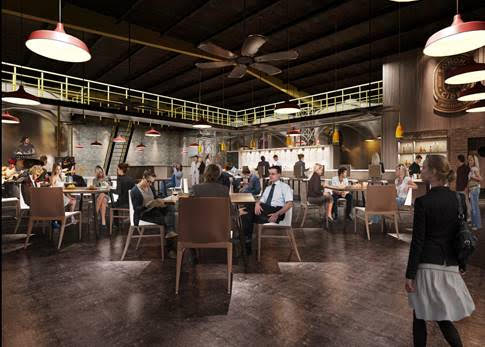 Sonoma Cider, the award-winning hard cider company based in Healdsburg, CA, will be opening the doors to its first brick-and-mortar taproom in early October 2016, giving a home to all Sonoma Cider fans near and far – and they just launched a Kickstarter campaign to let fans near and far get involved and make the space even more cool!

So it’s happening…but they need your help to make it AMAZING (hence the launch of their super AWESOME Kickstart campaign with prizes including some fab swag, pre-opening party invites, and the ultimate gift – an hour of drum lessons with Sonoma Cider’s pal Ronnie Vannucci, the drummer for The Killers, along with a signed pair of drum sticks).

The Sonoma Cider Taproom will have about 5,500 square feet with 25 tap handles pouring all things Sonoma Cider – including micro-releases, experimental batches and exclusive flavors. Some incredible food inspired by the famous cider regions of the world will be available to taste alongside the delicious drinks, and it will also have a great event space where they’ll be able to host music, comedy and more.

This project has been a dream of theirs since they started in 2013 and it wouldn’t be possible without all their loyal fans. This is the fans chance to get involved and help Sonoma Cider put the finishing touches on the space as well as be a part of all the Grand Opening shenanigans. This is also the public’s chance to be one of the first members of their Cider Club at a discounted price.