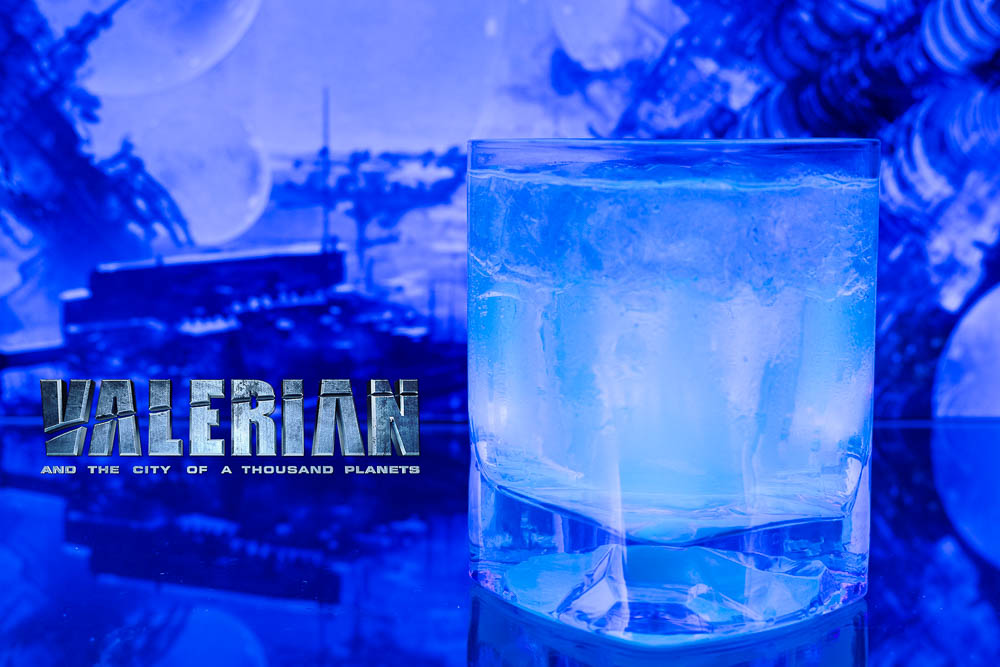 As you have seen from our most recent themed recipes, summer is the time for big blockbuster films. One of the most highly anticipated movies of the summer is Valerian and the City of a Thousand Planets. For a movie with this much excitement, we knew we wanted to do something special. Therefore, we created The Alpha Tonic, a cocktail that glows under a black light!

In Valerian and the City of a Thousand Planets, it is the 28th century and “Valerian (Dane DeHaan) and Laureline (Cara Delevingne) are a team of special operatives charged with maintaining order throughout the human territories. Under assignment from the Minister of Defense, the two embark on a mission to the astonishing city of Alpha—an ever-expanding metropolis where species from all over the universe have converged over centuries to share knowledge, intelligence and cultures with each other. There is a mystery at the center of Alpha, a dark force which threatens the peaceful existence of the City of a Thousand Planets, and Valerian and Laureline must race to identify the marauding menace and safeguard not just Alpha, but the future of the universe.” 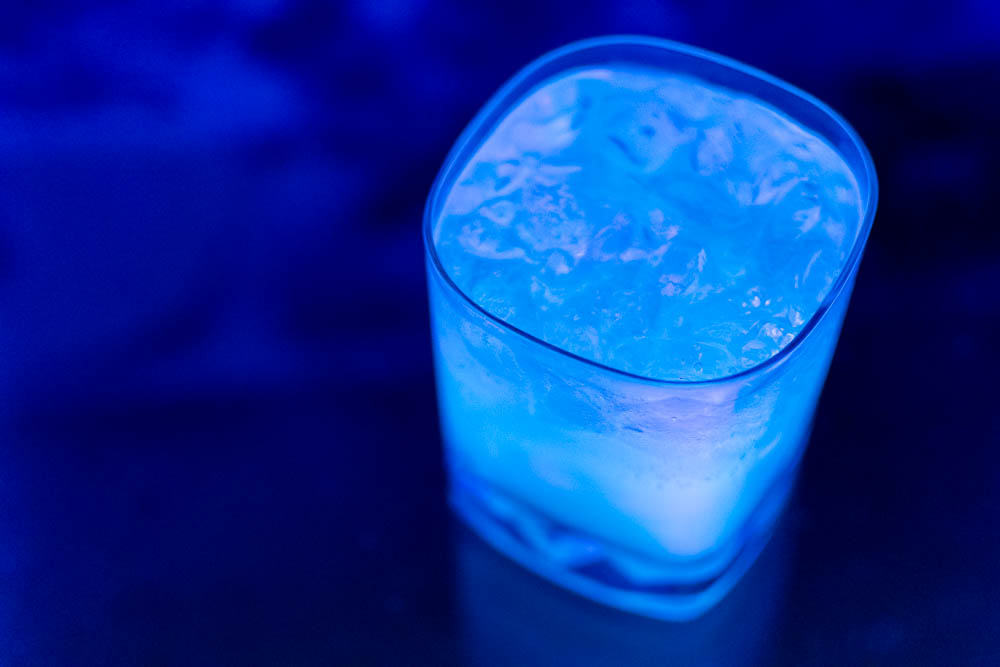 After watching the trailer for Valerian and the City of a Thousand Planets we were struck by the beautiful visuals. It was then that we decided to create a recipe that glowed! We looked around for the various ways to achieve this. After much research we came to the conclusion that a cocktail with tonic water would be the most striking and would taste the best. The quinine in the tonic water reacts with the black light and creates a beautiful blue color. Perfectly reminiscent of the scenery in the movie.

Here is the fun part! We are giving away three Family Four-Packs of advanced screening tickets for a sneak preview of Valerian and the City of a Thousand Planets! One of the three winners will also win a prize pack loaded with swag! The showing will be held at Harkins Tempe Marketplace on Tuesday, July 18. The screening starts at 7 pm and the winners should arrive at 6:20 in order to guarantee their seating. Winners will be selected on Monday, July 17th. Good luck! 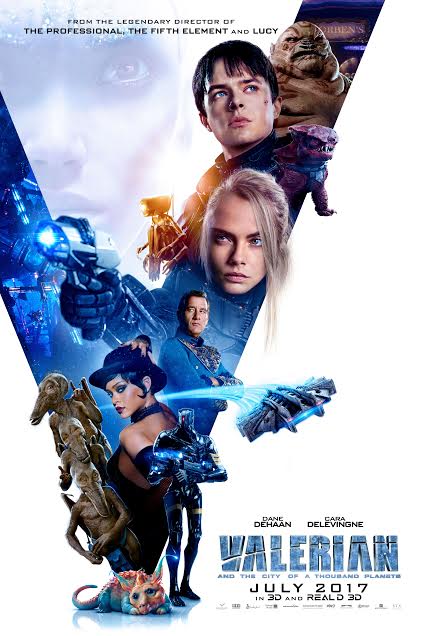 The Alpha Tonic: A Valerian and the City of a Thousand Planets Inspired Cocktail 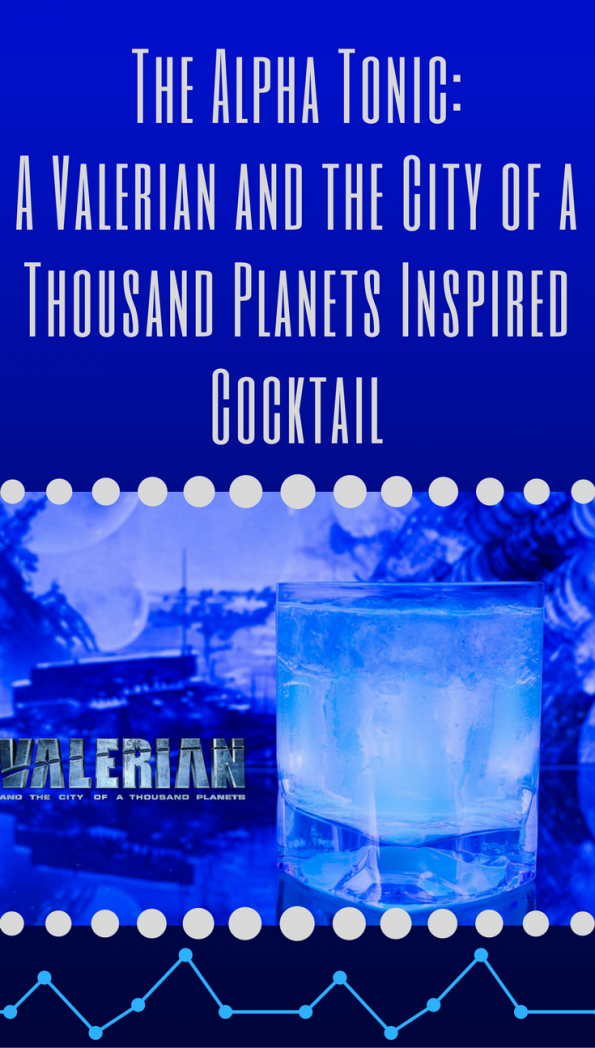 13 Replies to “The Alpha Tonic: A Valerian and the City of a Thousand Planets Inspired Cocktail”