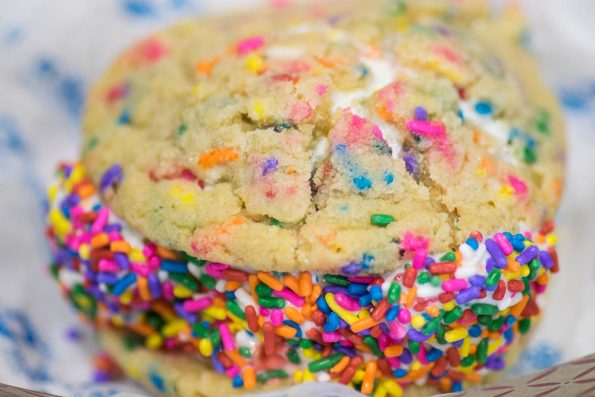 We knew The Baked Bear would be popular in the Valley, but we never anticipated the level of excitement we’ve seen since our Scottsdale location opened,” says co-owner Rob Clark. “The support we’ve received from our customers made it obvious it’s time for a second location.”

Tempe’s The Baked Bear is expected to draw crowds from Arizona State University students, as well as locals in the area.
Customers at the eatery can choose between more than a dozen different ice cream flavors and more than a dozen flavors of cookies, including chocolate chip, with both a regular and a gluten free version, red velvet, cookies and cream, snicker doodle, funfetti and white chocolate macadamia nut. More adventurous ice cream sandwich eaters can mix and match cookies, brownies and even donuts and finish their sandwich with one of ten different toppings, including hot caramel and brownie bits.
In addition to the two Valley eateries, The Baked Bear has a robust catering service that can provide a full service ice cream sandwich bar or prepackaged ice cream sandwiches for weddings, corporate events, fund raisers, sporting events, birthdays, office parties and more.
The Baked Bear Tempe will be the ice cream sandwich shop’s 10th opening since the concept launched in San Diego in 2013. The Tempe location will be owned and operated by local entrepreneurs and business partners Rob Clark and Anthony Velez.
More information is available at TheBakedBear.com or at the Tempe location’s Facebook page at Facebook.com/TheBakedBearofTempe.