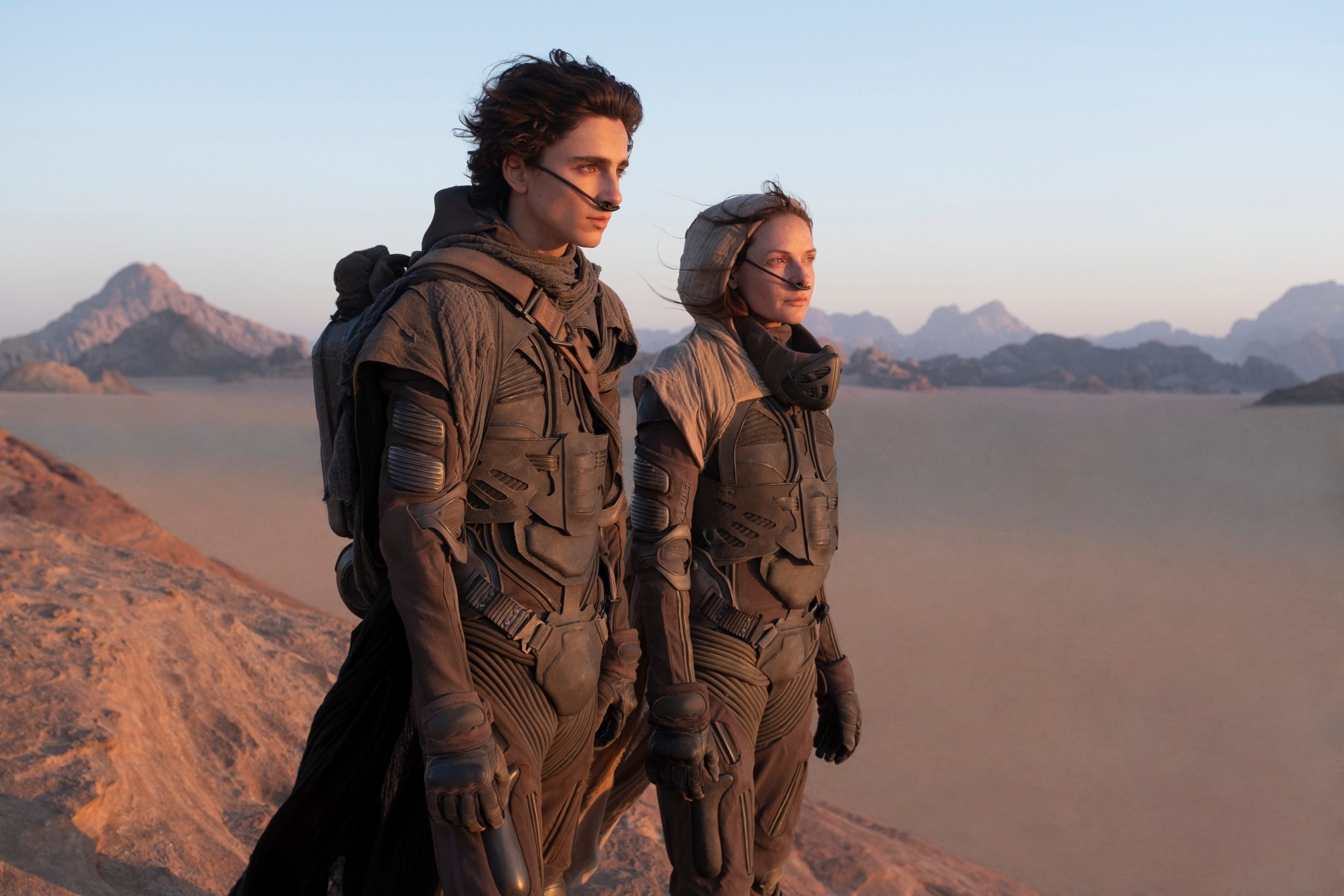 As we are all certainly aware, COVID has delayed so many movies. With folks returning to the theater, some of the most highly anticipated releases are finally getting seen on the big screen. One of the most talked-about of these is Denis Villeneuve’s Dune. We were a mixed household with Matthew being excited due to his love of the book and original film and Sarah (me) who has never seen the original or read the book. We are excited to say that it definitely delivered what it promised.

“A mythic and emotionally charged hero’s journey, Dune tells the story of Paul Atreides, a brilliant and gifted young man born into a great destiny beyond his understanding, who must travel to the most dangerous planet in the universe to ensure the future of his family and his people. As malevolent forces explode into conflict over the planet’s exclusive supply of the most precious resource in existence—a commodity capable of unlocking humanity’s greatest potential—only those who can conquer their fear will survive.” 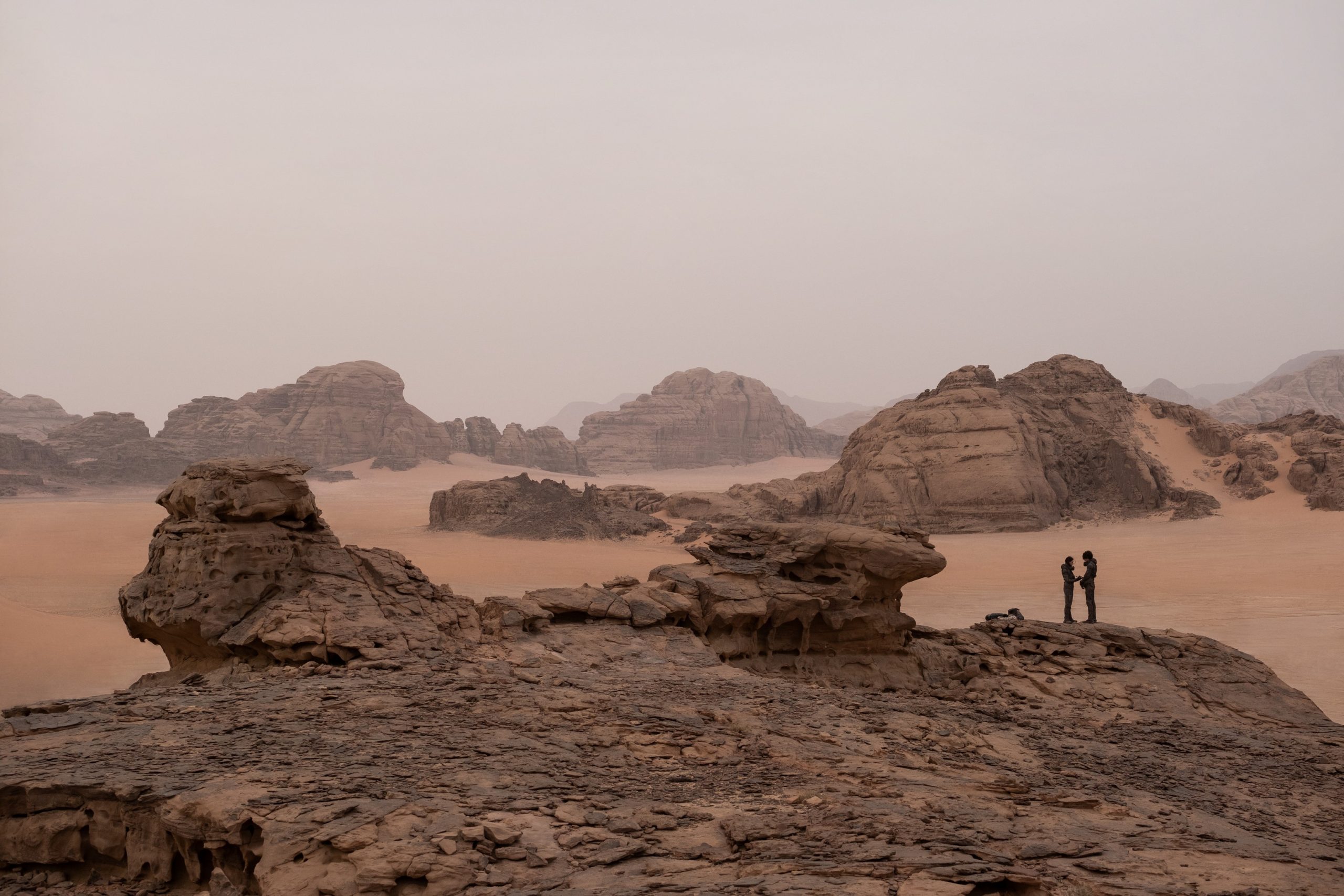 A View of Arrakis

First, can we just say, that this movie is absolutely stunning on the big screen? If you feel safe going to the theater, we absolutely recommend seeing it on the biggest screen possible. Television viewing will suffice but it won’t do the film justice at all. The scale of the setting is mind-blowing. From Caladan to Arrakis, it is impossible to not find yourself immersed in the setting. The film is strangely lush in its visuals despite depicting a harsh desert planet. The soft shades of fortress interiors and sand clouded skies invite you into a sort of muted and mysterious color pallet for the film. Hans Zimmer’s incredible score also helps with this. It intensifies the sense of mystery that must have been felt by House Atreides, from a verdant world, surreptitiously dumped onto a dangerous desert wasteland. Between the score and the cinematography of Dune, it’s hard to decide which to be impressed with more.

The mix of practical and CGI effects in Dune is executed nicely and seamlessly. We were concerned that the CGI would feel overdone and obvious but that is not the case. Unlike a lot of science fiction films, this will age well and not become an issue in a few years. 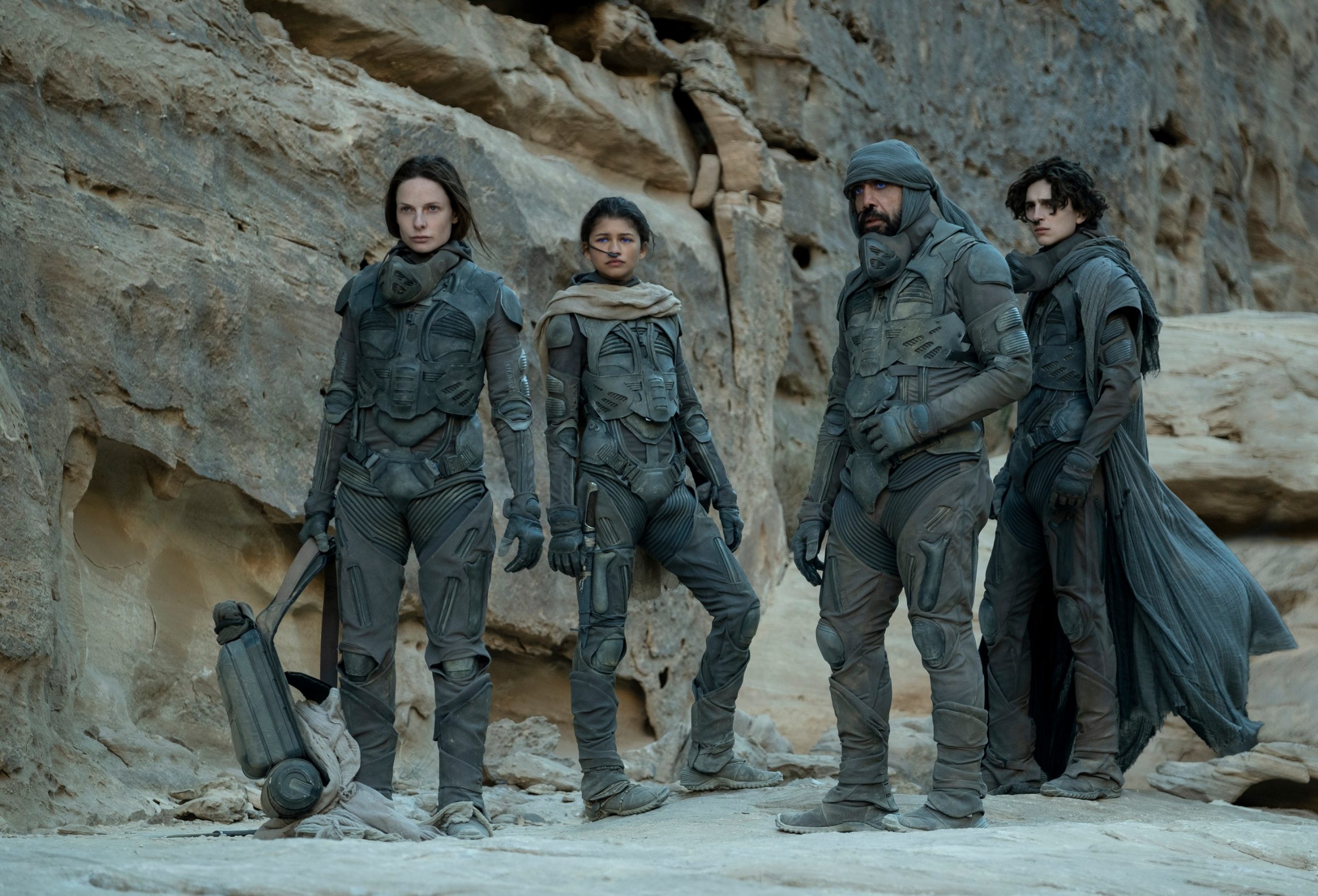 As mentioned above, both the cinematography and score are top-notch which really enhances the storytelling and tone of the movie. The only complaint we have is that the movie is broken up halfway through the events of the first novel. We both found ourselves wanting more of the story.  However, there’s no alternative unless you want to sit through a four-hour movie. It’s unlikely that this would work for most audiences.

Dune has a star-studded cast. You have the newer Hollywood elite like Timothee Chalamet and Zendaya to the veterans of the industry like Charlotte Rampling and Stellan Skarsgård as well as everything in between. Oscar Isaac as Duke Leto Atreides and Rebecca Ferguson as Lady Jessica are both well cast in their roles as well and are sure to be audience favorites. Timothee Chalamet does well carrying the majority of the film and was perfect as Paul Atreides.

Overall, if you enjoy science fiction films, Dune is an absolute must-see! We left the theater ready to see it again even with a 2 and half hour runtime. We can’t wait for part 2 and will be first in line to see it!