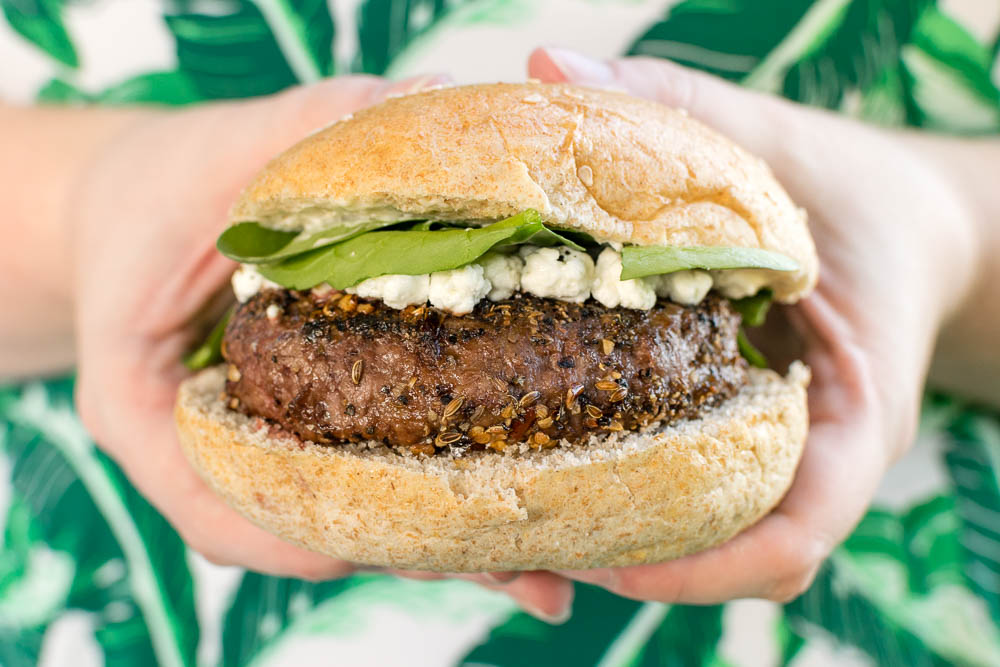 As we mentioned yesterday, we have partnered up with Whole Foods Market. With this partnership, we will be sharing 5 recipes featuring various types of burgers that can be purchased at Whole Foods Market. Our second burger is our peppery Goat Cheese Montreal Burger!

Montreal seasoning is typically comprised of garlic, coriander, black pepper, Cayenne pepper flakes, dill seed, and salt. According to our research, “The Montreal deli Schwartz’s is credited with the creation of Montreal steak seasoning. The story of its creation is that, during the 1940s and 1950s, a Schwartz’s broilerman by the name of Morris “The Shadow” Sherman began adding the deli’s smoked meat pickling spices to his own rib and liver steaks. Soon the customers began asking for the same. Due to its popularity, it eventually became a norm in Montreal delis and steakhouses, such as the nearby Moishes Steakhouse and the Main Deli Steak House, to spice their steaks similarly.”

The star of the Goat Cheese Montreal Burger recipe, is the pre-seasoned Montreal Burger patty. Since the burger has a nice pepper flavor, we wanted to “cool” it off. To do this, we used crumbled goat cheese. This tones down the peppery flavor without eliminating it. We also wanted to throw a bit of green in there. Instead of the standard lettuce fare, we decided to use spinach! What is really fantastic about this burger and the other pre-seasoned patties is that they don’t require a ton of extras to taste delicious!

There is more to come so be sure to check back tomorrow! The next burger on the line-up is our Vegan Buffalo Burger! You won’t want to miss it (it has kale on it)! What are some of your favorite burgers? We’d love to know! Leave a comment below or use the hashtag #GeekEats! 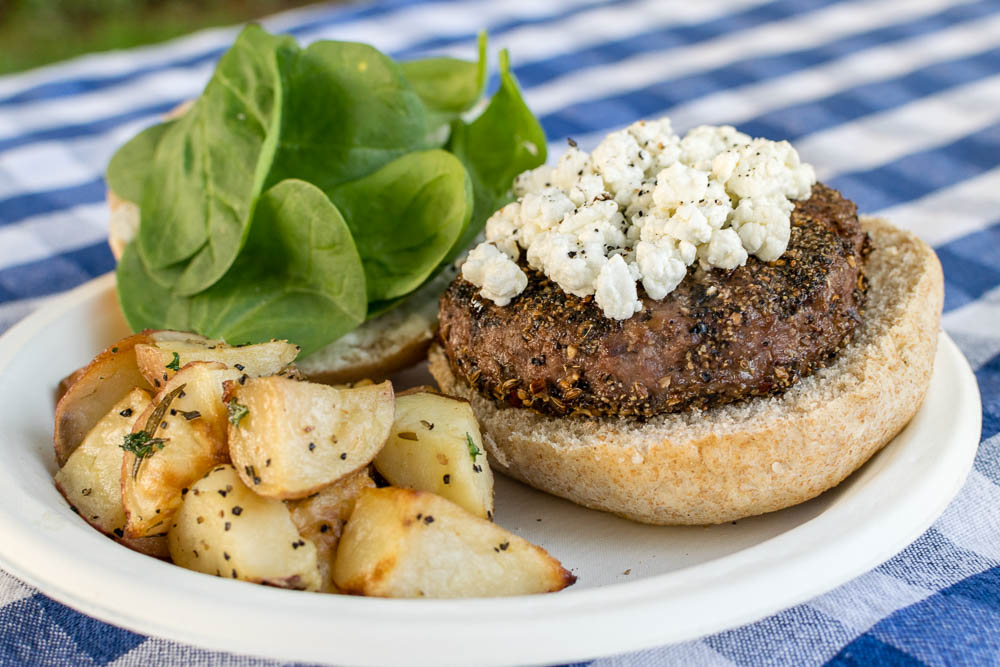 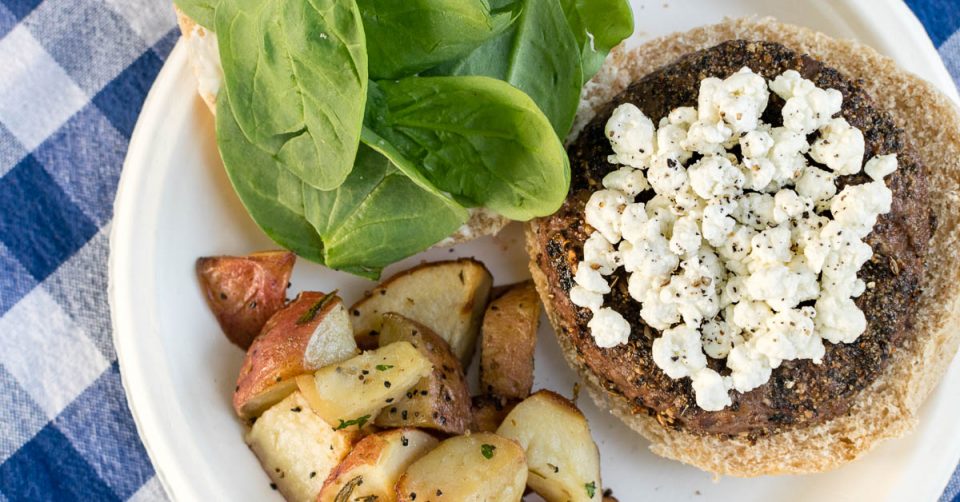 *The Geeks were given product samples by Whole Foods Market to facilitate the creation of this recipe; However, opinions are wholly our own. View our Disclosure Policy for more info. 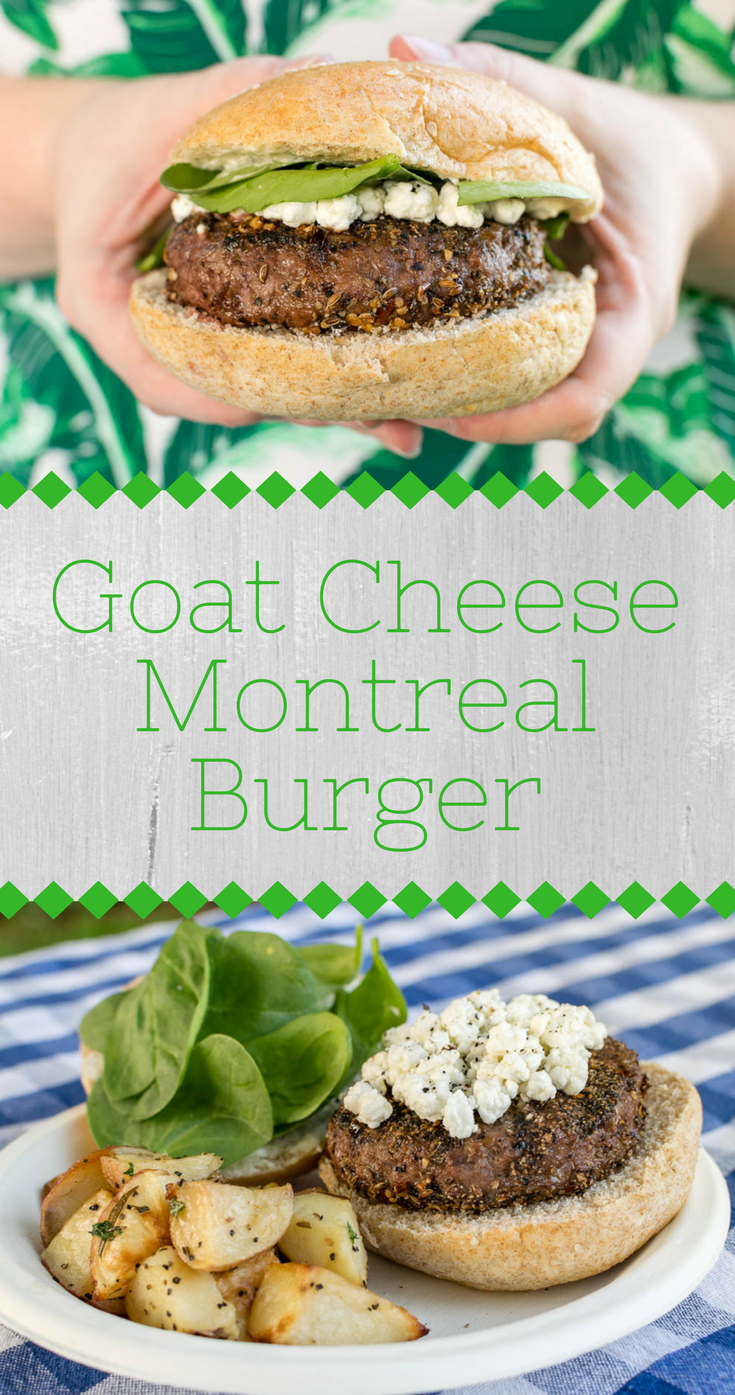