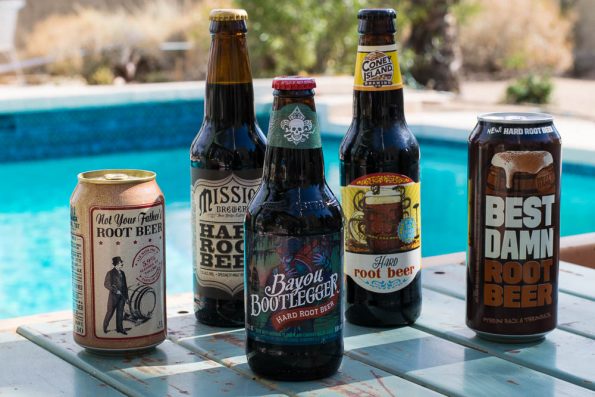 With hard root beers are popping up all over the place (who remembers when it was just NYFHRB and even those were tough to find?) and Memorial Day just around the corner, we turned Geeks Who Eat Headquarters into a taste test zone! We tried all of the hard root beers we could find at our local Total Wine in order to determine which one we thought was the perfect poolside beverage (a root beer “float” perhaps?). What a rough life right? For this we enlisted the help of our brother in law and fellow craft beer lover, Chad. So without further delay here are our contenders:

Best Damn Root Beer– Best Damn Root Beer’s hard root beer is aged on real vanilla beans during the brewing process. The flavor was a bit more bitter and more reminiscent of a root beer hard candy. Chad noted that as he drank it more, it mellowed a bit.

Abita Bayou Bootlegger– Abita’s Bayou Bootlegger has aromas of wintergreen, vanilla and sassafras with hints of clove and anise. Bayou Bootlegger felt more like a beer with essence of root beer than an actual hard root beer. Matthew enjoyed this one quite a bit. We did notice however, that it distinctly was missing the root beer scent. 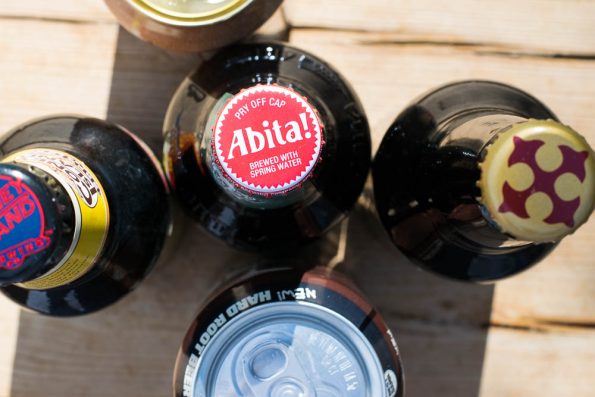 The unanimous vote for Best in Show was Not Your Father’s Root Beer. While each of the others had unique factors that we enjoyed, we all kept coming back to NYFHRB. It really embraced the flavor of root beer (which is very dangerous when it is in fact alcoholic). Which hard root beer are you a fan of? Is there one we’ve missed? We’d love to hear all about it! Leave a comment below or use the hash tag #GeekEats. Cheers!