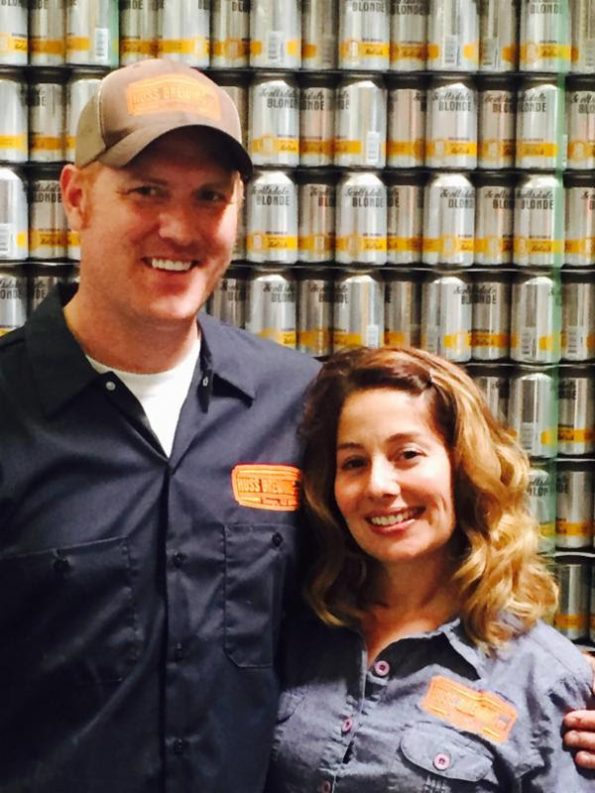 Huss Brewing Company is elated to announce it will be opening a second location this December. Huss Brewing at Uptown Plaza, will be its new flagship taproom, and will be located in the recently renovated Uptown Plaza on Camelback Road and Central Avenue.

The new taproom will mainly focus on Huss Brewing’s locally crafted, award-winning beers, including, the 2016 U.S. Open Medal winner Scottsdale Blonde, and multi-medal award winning Husstler Milk Stout. The brewery also plans on releasing new, unique recipes brewed specifically for the Phoenix location, and it will have a kitchen offering light snacks too.

I think it’s cool that we can have some beers only available at the Tempe Taproom, and now have unique selection(s) at the Uptown Taproom,” said Jeff Huss, owner and brewmaster.

Huss Brewing at Uptown Plaza will be joining both local & national renowned restaurants at the newly revitalized Uptown Plaza in Central Phoenix. Uptown Plaza is managed by Vintage Partners, the Arizona-based commercial real estate development and Investment Company. Vintage Partners recently completed its 20-month-long restoration and revitalization efforts at Uptown Plaza, it was originally built in 1955. Today, it stands as Central Phoenix’s hotspot for a communal, stylish and tasty dining & shopping experience.

Jeff and Leah Huss embody the spirit of the Arizona craft beer movement, and their beers serve as a pint-by-pint reminder that our state produces some of the best high-quality, locally produced brews.  We are honored and excited to welcome Huss to the Uptown family,” says Walter Crutchfield, partner with Vintage Partners.

Huss Brewing at Uptown Plaza will be located directly across the courtyard from the renowned Chicago pizzeria, Lou Malnati’s, joining the multitude of great restaurants in the complex’s area. Popular establishments such as Shake Shack, Flower Child and AJ’s Fine Foods are just a few of the great offerings of local restaurants within walking distance.

Just like our Tempe Taproom. We wanted to create a comfortable space where people can relax, enjoy our beers and enjoy food from a multitude of area restaurants,” said owner Leah Huss.  “It’s almost like relaxing at home and ordering delivery!”

This new north-central Phoenix location will give Huss Brewing an opportunity to showcase its beers to consumers in a whole new area of the Valley that is growing rapidly. Huss hired, DUO Design, based in Phoenix, as the lead firm to oversee all aspects of bringing Huss Brewing at Uptown Plaza to life. The location was appealing not just because of the vibrant community, but the historic Uptown Plaza’s retro architecture really appealed to the Huss brand, which embraces quality and classic simplicity.

Opening a neighborhood spot where people can relax and enjoy one of our beers and pick up a six-pack or growler to take home is a huge plus!” said Jeff Huss.

In addition to the award-winning beers that will be offered at the Phoenix location, expect to see Huss Brewing’s year-round brews including the widely popular, quirky Koffee Kölsch, also Magic in the Ivy Pale Ale, That’ll Do IPA, and seasonal favorites like the Rice Pudding Porter.

Husband-and-wife, Jeff and Leah Huss, have over 20 years of combined experience in the brewing industry.  Jeff was head brewer for BJ’s Brewing in Chandler, Ariz., for seven years and attended the, Siebel Institute in Chicago, then, the Doemens Academy in Munich, Germany.  Leah co-owned and operated Papago Brewing in Scottsdale, Ariz., for 14 years, helping pioneer the craft beer community and growth in Arizona.  Their combined love and passion for craft beer inspired them to chase their dreams of owning a local, family-owned and operated brewery with Jeff acting as head-brewer, and Leah running business and marketing operations. In 2015 Huss brought on Arizona craft beer veteran, Chip Mulala, to head up sales and distribution throughout Arizona.  Huss Brewing Co. opened its doors in South Tempe in August 2013, with a 30-barrel system, a small tasting room with 20 taps, and room for growth.  Since then, they doubled brewing production capacity as one of the fastest growing breweries in the state. Their fresh, quality, canned beers are canned on site weekly including the brands: Scottsdale Blonde Kolsch, Magic in the Ivy Pale Ale, That’ll Do IPA, Koffee Kolsch, and Husstler Milk Stout.