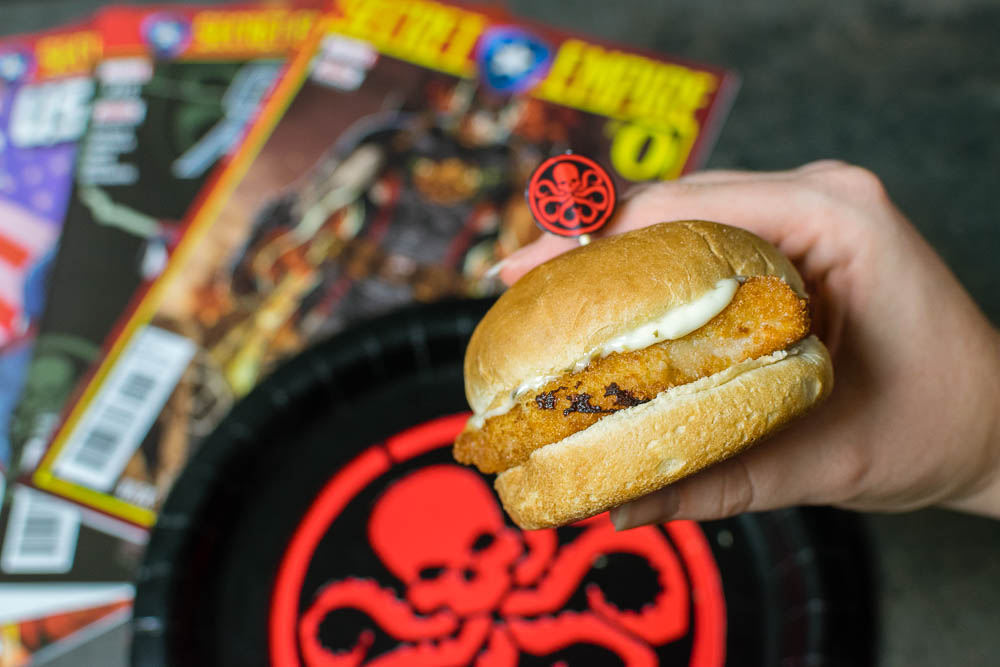 This is a big week in the comic world. Not only is Free Comic Book Day this weekend, but Marvel’s latest event, Secret Empire, officially starts this week! To mark the start of Secret Empire, we have created a recipe for Hydra Schnitzel Sliders with Lemon Caper Aioli. These sliders are easy to make and so delicious that you might even join Hydra to get your hands on them!

Secret Empire is Marvel’s summer event, in which a Hydra-aligned Captain America leads a takeover of the United States of America. This plot line has been building up for the past year. While the event officially starts on May 3rd and will span 9 issues. There will also be tie-ins. If you want to get started now, you can read the following to get yourself set up (thanks to Fantastic Worlds Comics for the recommendation on order): 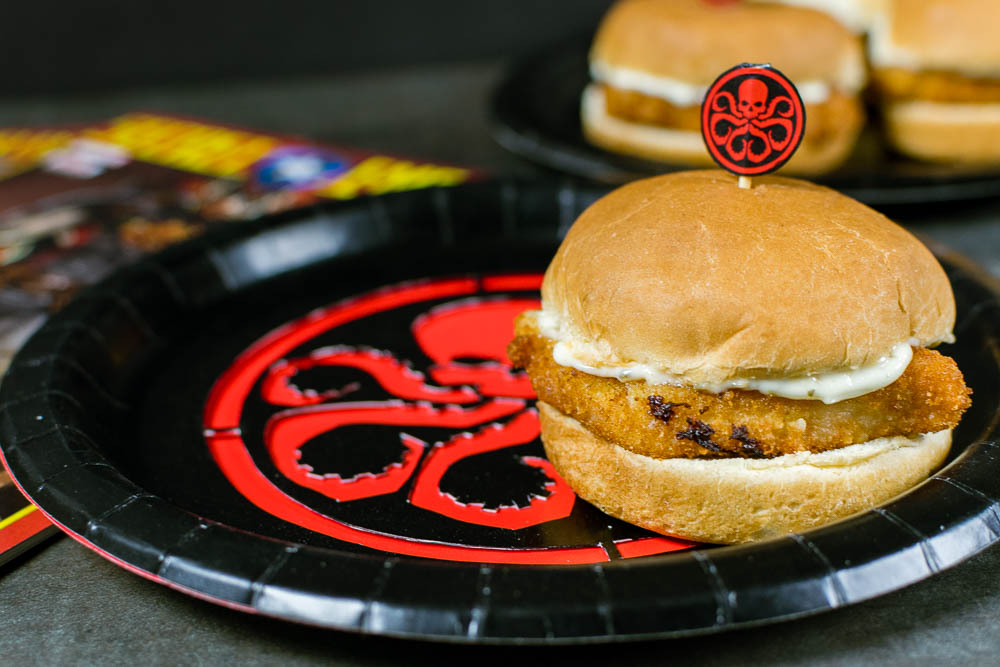 As for our recipe, we were inspired by Hydra. We wanted to create a German-style recipe. However, we wanted to create something that was a bit more fun than a traditional full German meal. This is where sliders came into play. We took a traditional schnitzel and turned it into sliders. Typically schnitzel is served with capers and lemon, this served as our basis for the aioli.

We are super excited to read these comics and we hope you enjoy making this recipe! If you are in the Phoenix area, Fantastic Worlds Comics is hosting a Secret Empire Launch Party on May 3rd from 11 am to 7 pm. They will have a scavenger hunt, raffle, and more! We will also be there at some point during the day so stop by and say hello! 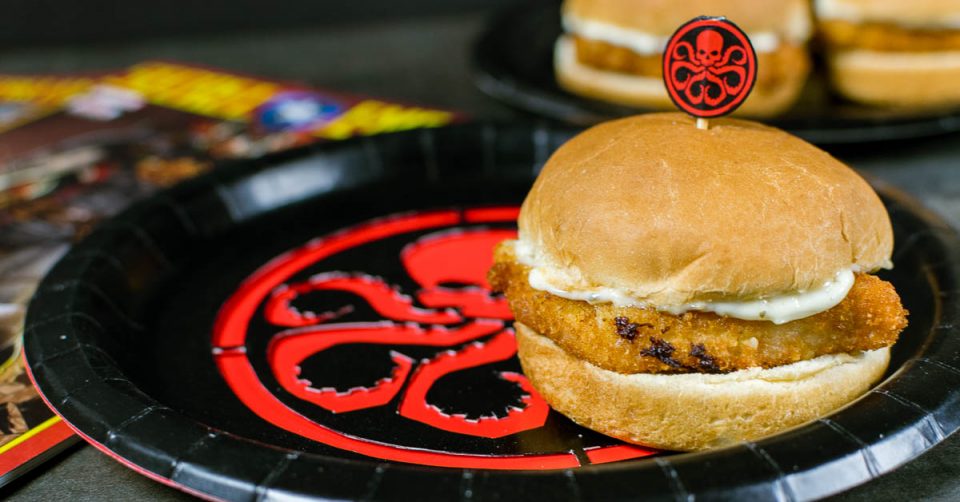 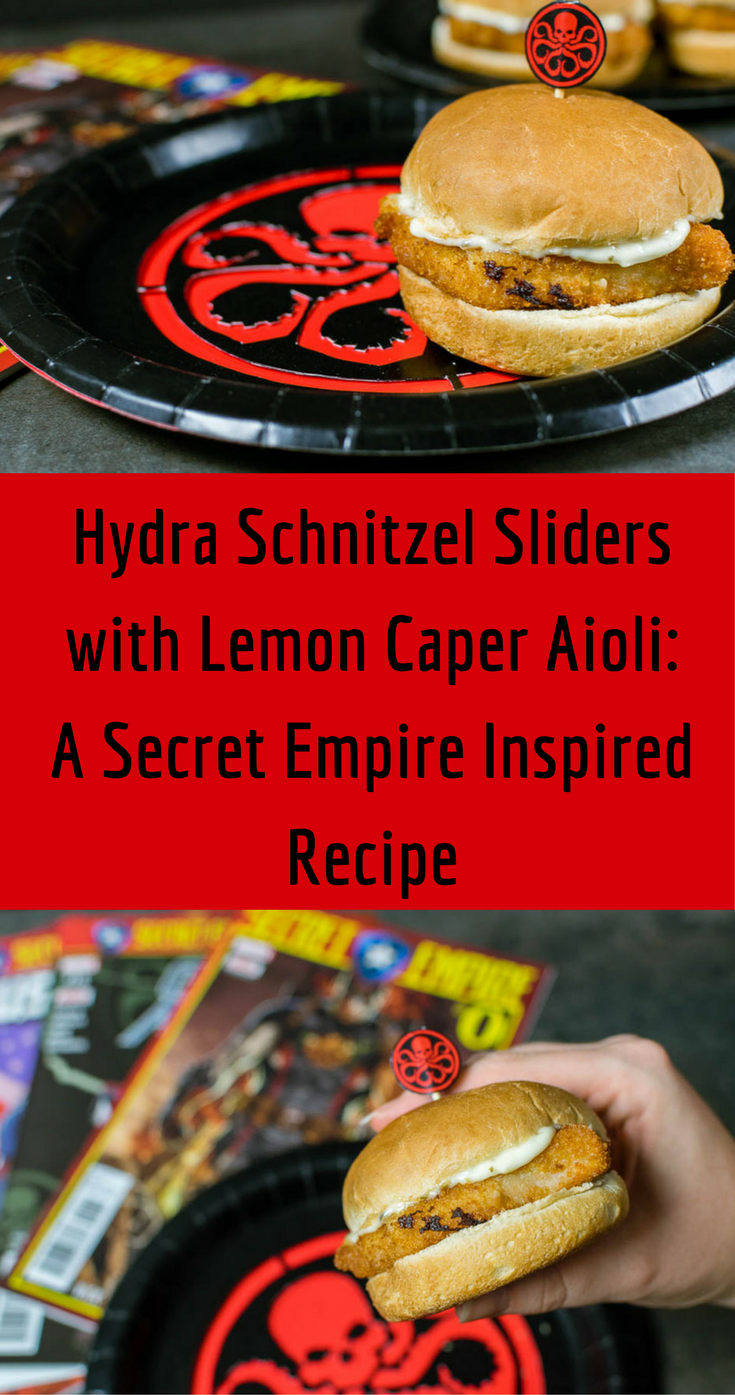