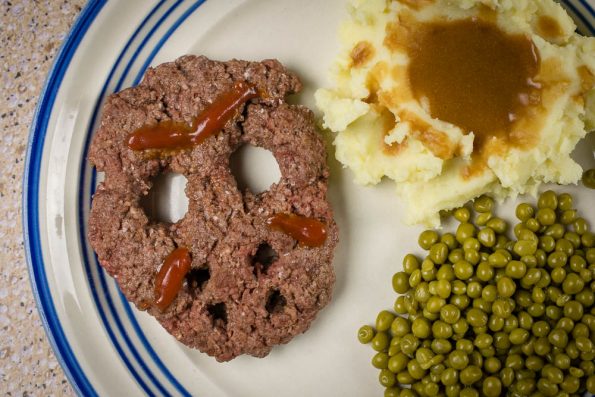 For those of you who have yet to see Jason Goes to Hell: The Final Chapter, “Jason Voorhees, the living, breathing essence of evil, is back for one fierce, final fling [not really the last one]! Tracked down and blown to bits by a special FBI task force, everyone now assumes that he’s finally dead. But everybody assumes wrong. Jason has been reborn with the bone-chilling ability to assume the identity of anyone he touches. The terrifying truth is that he could be anywhere, or anybody. In this shocking, blood-soaked finale to Jason’s carnage-ridden reign of terror, the horrible secret of his unstoppable killing instinct is finally revealed.”

The inspiration for our 2 for 1 Burgers comes directly from the movie. Believe it or not, they are actually made in the film! Really what it came down to, was that we wanted to see if they could actually be made. In the scene, they are featured in you only see them in raw form. The results were in and they DO work. Realistically, they aren’t much more than your standard hamburger, but they sure do look fun and are perfect for a Halloween party! The only suggestion we really have with these is to use full-fat ground beef to minimize the risk of them breaking.

We hope you enjoyed our test of the 2 for 1 Burgers! Now, we’d love to know your favorite Friday the 13th film! Let us know in the comments below or tag us on social media! We’d love to hear from you! Happy Friday the 13th! 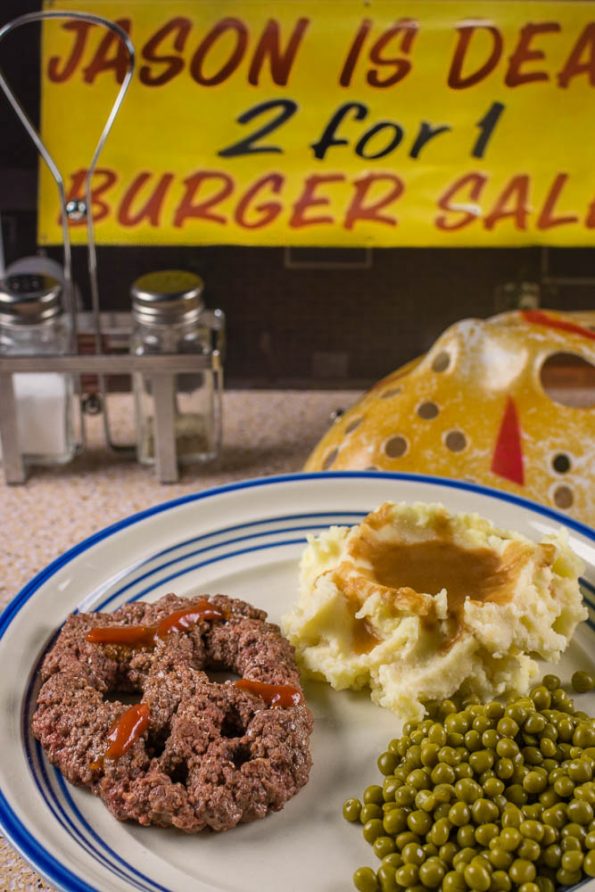 2 for 1 Burgers: A Jason Goes to Hell: The Final Friday Inspired Recipe 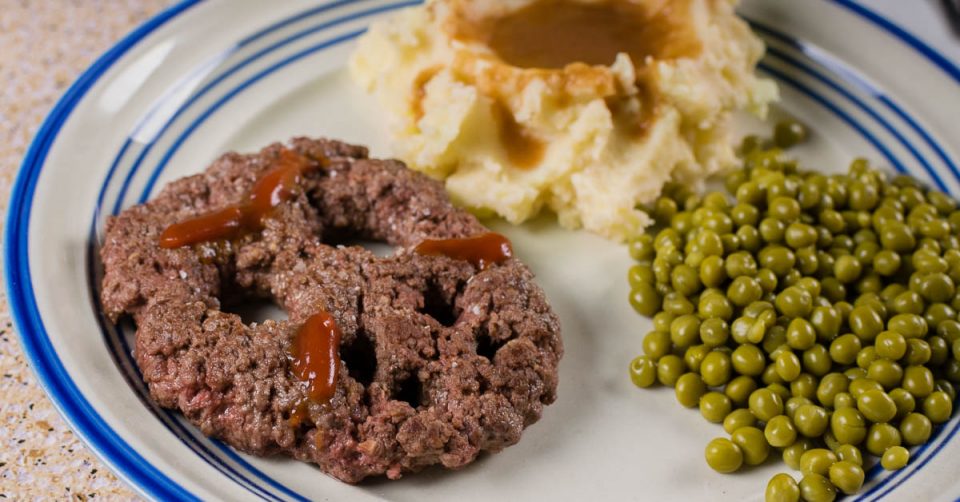 Celebrate Friday the 13th with The Geeks' 2 for 1 Burgers recipe inspired by the film Jason Goes to Hell: The Final Friday! 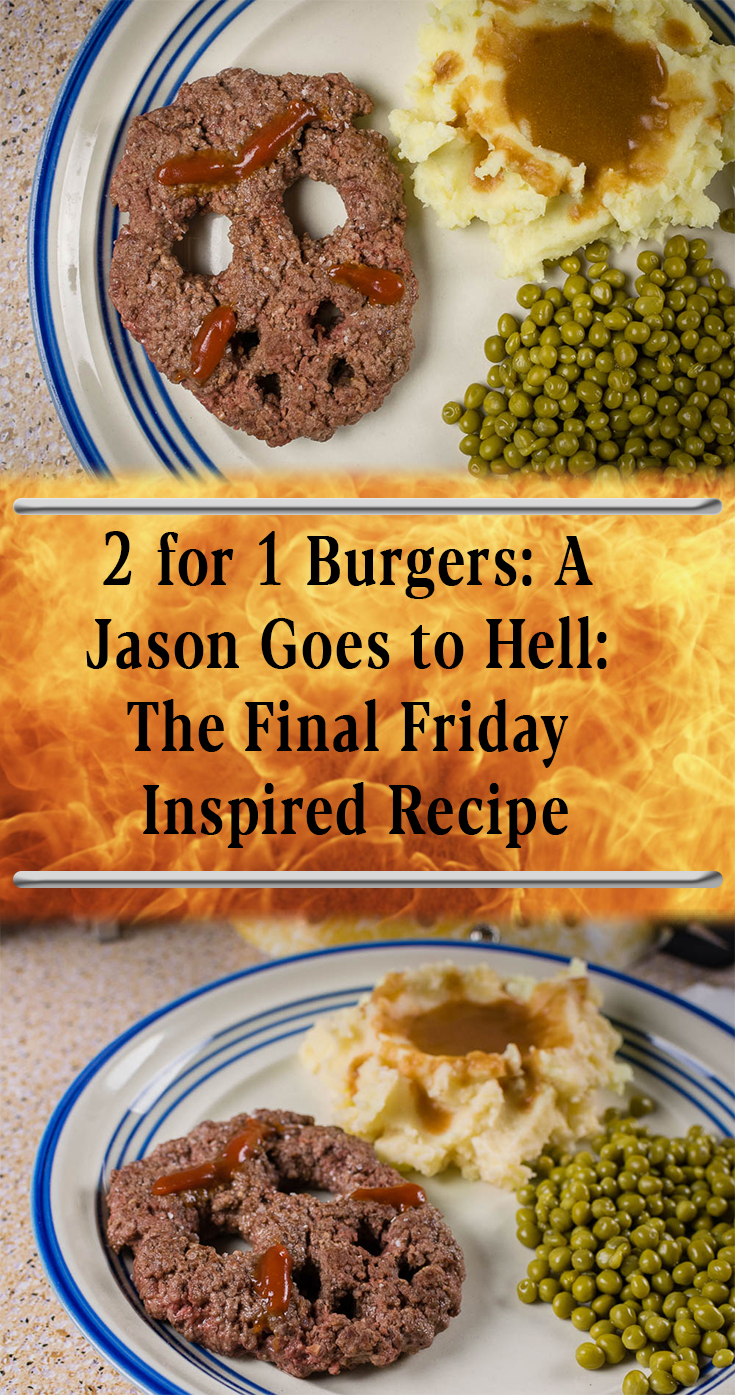 2 Replies to “2 for 1 Burgers: A Jason Goes to Hell: The Final Friday Inspired Recipe”