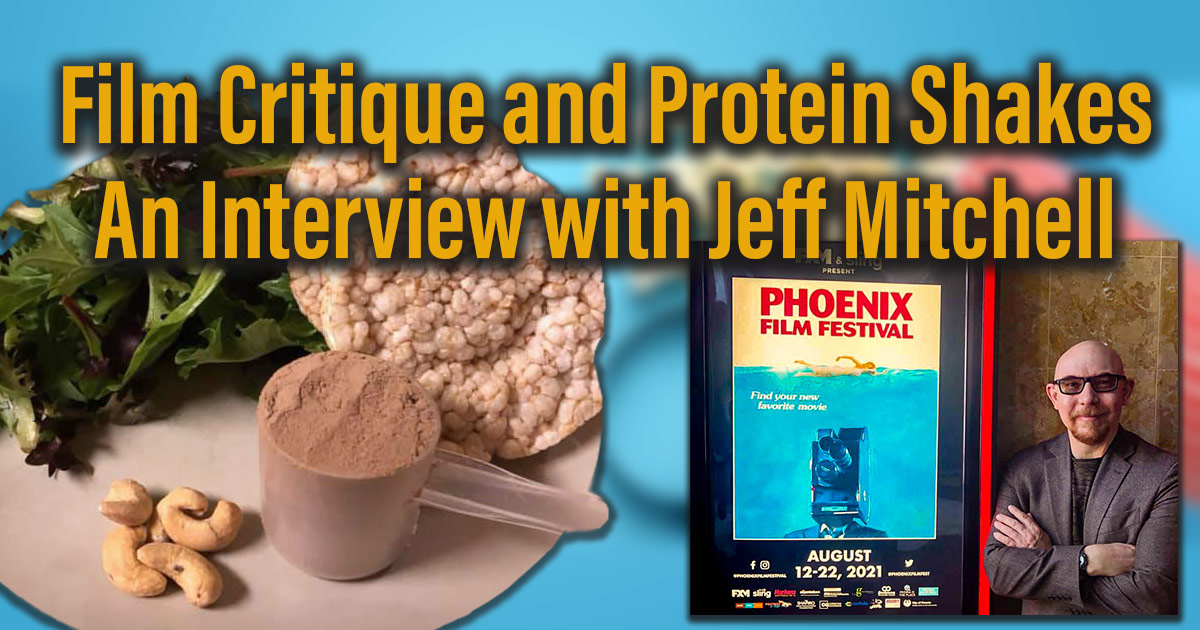 The Phoenix Film Festival is upon us! In addition to sharing our movie picks and a recipe, we thought it would be great to interview one of our favorite film critics in the Valley, Jeff Mitchell!

Before we get started, a little about the festival itself. The Phoenix Film Festival was started in 2000 by 3 local filmmakers as a way to get their films some exposure in their hometown. Twenty-one years and thousands of movies later, the Phoenix Film Foundation has grown from a 3-day exhibition to an 11-day celebration of film with over 300 films, filmmaking seminars, parties, and student workshops for over 27,000 attendees all at the Harkins Scottsdale 101. The Phoenix Film Festival has been named one of The 25 Coolest Film Festivals and a Top 50 Worth the Entry Fee by MovieMaker Magazine and has been called the most filmmaker-friendly festival out there.

Now let’s get to the topic we are all here for, Jeff Mitchell! Jeff is the lead film critic at the Phoenix Film Festival and has his own website, Art House Film Wire. You can catch Jeff on a weekly radio segment reviewing movies on 88.7 The Pulse as well. He is also an active, voting member of the Phoenix Critics Circle.

Movies are a huge part of my life, and I regularly add movie plots or lines into any casual conversation. Sometimes, films shape my perspective too. Bambi (1942) is my first in-theatre recollection, and I clearly remember – at five or six years old – crying when the hunter killed Bambi’s mom. I don’t own a gun today, and looking back, that movie is probably the biggest reason.

I’m a sucker for a great time travel movie, so writer/director Kurt Kuenne’s Shuffle – which won the Festival’s Best Picture prize in 2012 – stands out right away. 2018’s jaw-dropping documentary Forever ‘B’ (which is now titled Abducted in Plain Sight) literally took my breath away, and The Midnighters (2017), a step into noir about an aging safe-cracker reluctantly coming out of retirement, pulls all the right levers. All three films are available to stream! 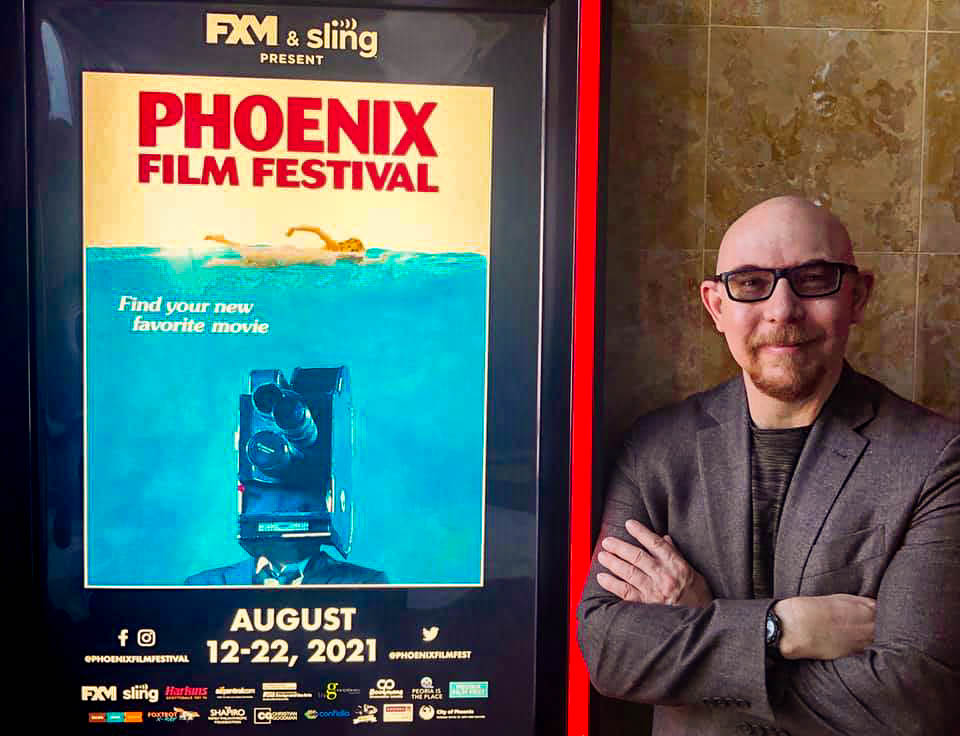 With COVID disrupting just about everything in 2020 (and the first half of 2021), I hope that movie theatres make a comeback. Since I’m vaccinated, I feel safe – by following the proper protocols – in cinemas again. I can’t speak for everyone, though. One’s comfort level is a personal choice.

Most critics are movie fans first. If you didn’t enjoy mowing the lawn as a kid, the chances are that you don’t own a landscaping business today, right? Critics love movies, and I’m no exception, but we should – as best we can – leave our fan-hats at the door when reviewing films. I try to stay away from movie news/buzz and approach films with limited or no preconceived notions, so I won’t get caught in the “that movie was better than I expected” trap, one of the biggest faux pas in the business.

Sometimes, it’s impossible because if Transformers 19: More Nonsense lands on my schedule, I already have a pretty good idea of what lies ahead, but walking completely blind into a movie can yield the most surprising results. For me, 2012’s Searching for Sugar Man is a great example, and it became my #1 film that year. On the other hand, I didn’t know much about The Traitor (2019) and firmly walked out after 45 minutes, so yes, it’s a gamble.

Geez, I don’t have a good sense of upcoming releases because I usually peek ahead only one or two weeks. Having said that, Marvel Studios has been marvelous, so I am looking forward to Shang-Chi and the Legend of the Ten Rings, Eternals, and Spider-Man: No Way Home. Tom Holland is a rock star in that role. Mass, a hard-hitting drama with Jason Isaacs and Ann Dowd, is the best film that I caught at Sundance, and I hope that everyone sees it…once it arrives in theatres.

Cooking is a gaping hole on my resume, and someday, I hope to graduate from the microwave to other kitchen appliances. I do, however, compete in bodybuilding (seven shows since 2012), and meal prep is so important. During a run-up to a contest, my diet is restrictive and low-maintenance. A typical meal? A side of greens, five cashews, a couple of rice cakes, and 25 grams of protein powder, either Orgain Organic Protein or Isopure (unflavored). Terrific stuff. I should probably write a cookbook…or perhaps not`. I’m also a vegetarian, and I think that Beyond Meat and Impossible burger patties are fantastic options…for anyone! 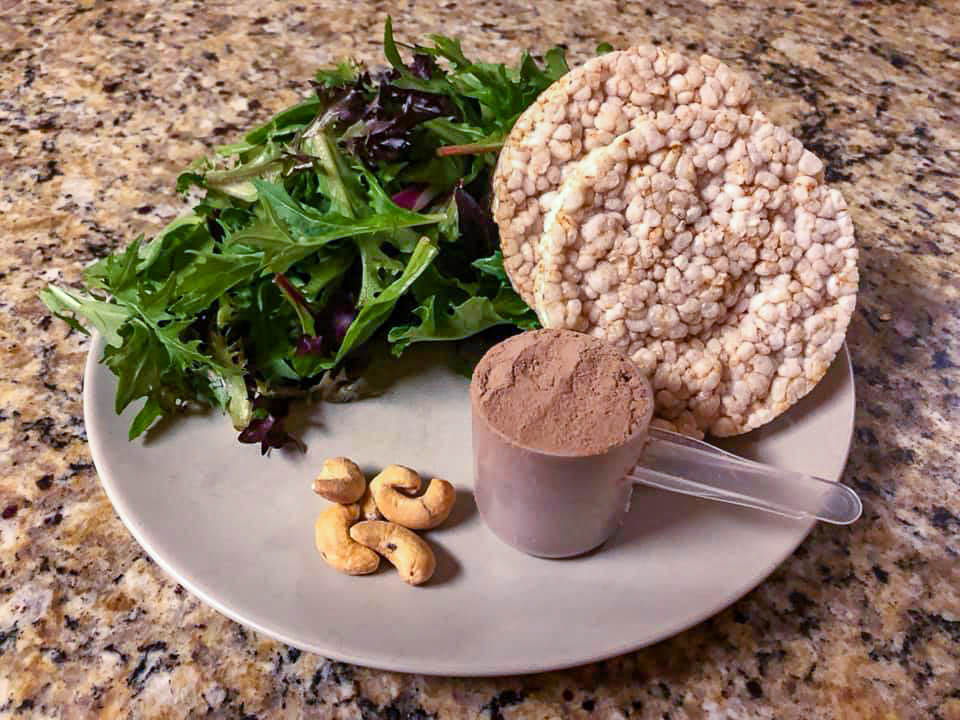