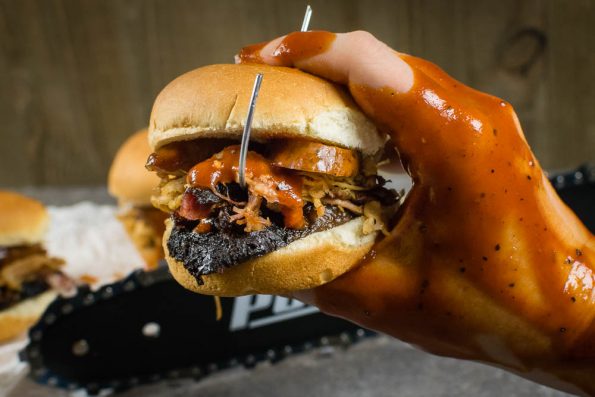 We received a review copy of Leatherface to help with creating our All the Meats Sliders.

We’ve probably mentioned how much we love horror movies. At this point it really is no secret. One of our favorite series of horror films is The Texas Chainsaw Massacre. You probably remember our cocktail and snack pairing from a few Halloweens ago. For us, one of the most anticipated horror films this year is Leatherface. Our excitement only grew when we were given the opportunity to come up with a recipe for it. So today we’re thrilled to share our All the Meats Sliders!

Leatherface begins “in Texas, years before the events of the Texas Chainsaw Massacre, in the early days of the infamous Sawyer family. The youngest child is sentenced to a mental hospital after a suspicious incident leaves the sheriff’s daughter dead. Ten years later, he kidnaps a young nurse and escapes with three other inmates. Pursued by authorities, including the deranged sheriff out to avenge his daughter’s death, the Sawyer teen goes on a violent road trip from hell, molding him into the monster now known as Leatherface.” 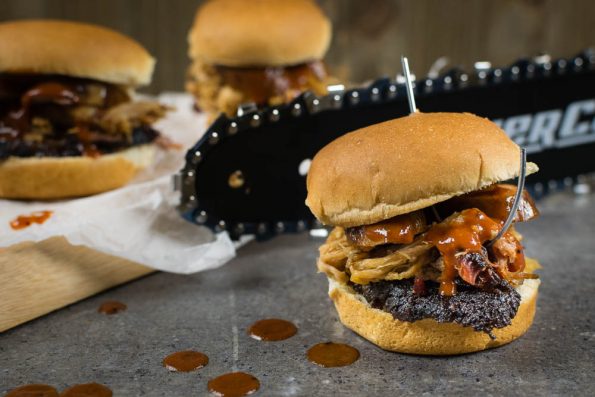 The idea for this recipe came from the Texas Chainsaw Massacre lore. The Sawyer family was always involved with the local slaughter house. They also have some cannibalistic tendencies. We thought it would be a little tongue in cheek (pun intended) to do a recipe with “all the meats”. Obviously, we left humans off the menu but the combo of hot links, brisket, and pulled pork does the trick. We topped the whole thing off with a bit of Texas style bbq sauce and viola! You have the perfect snack for your Leatherface viewing.

We hope you enjoy our All the Meats Sliders! What’s your favorite Texas Chainsaw Massacre film? Leave a comment below or tag us using the #GeekEats hashtag. Don’t forget, you can pick up your copy of Leatherface which is available today on Blu-ray, DVD, and Digital! 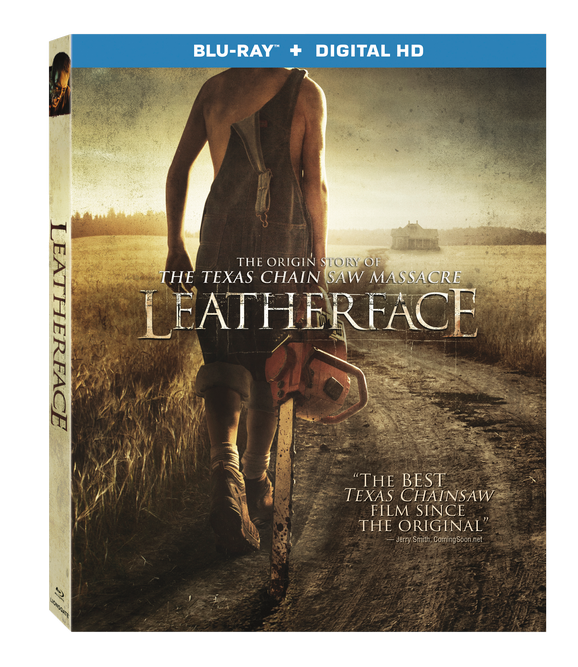 All the Meats Sliders: A Leatherface Inspired Recipe 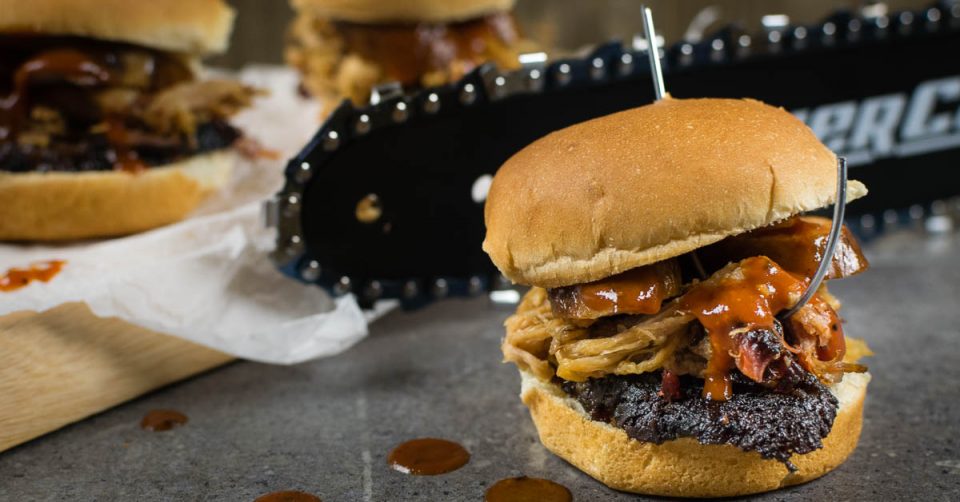 The Geeks were provided with a copy of Leatherface for research purposes. All opinions are wholly our own. View our Disclosure Policy for more info. 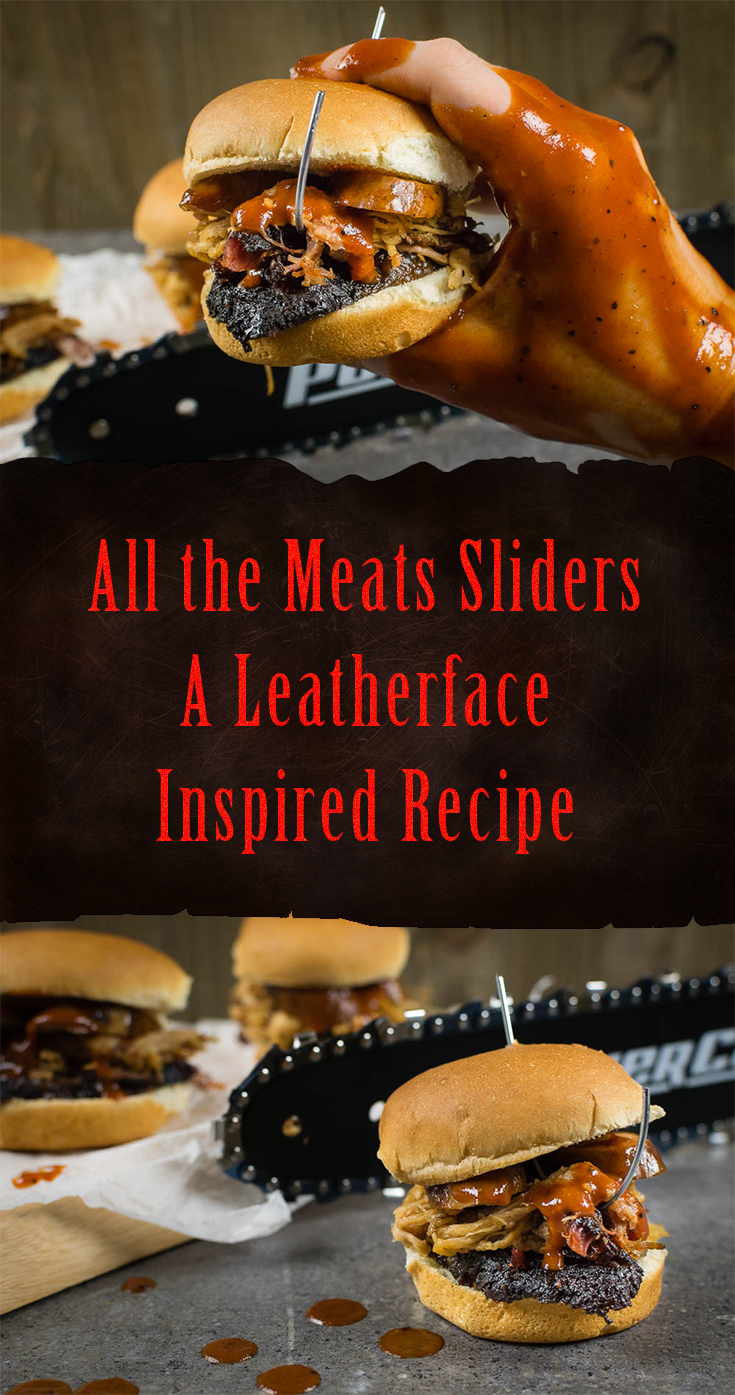 13 Replies to “All the Meats Sliders: A Leatherface Inspired Recipe”