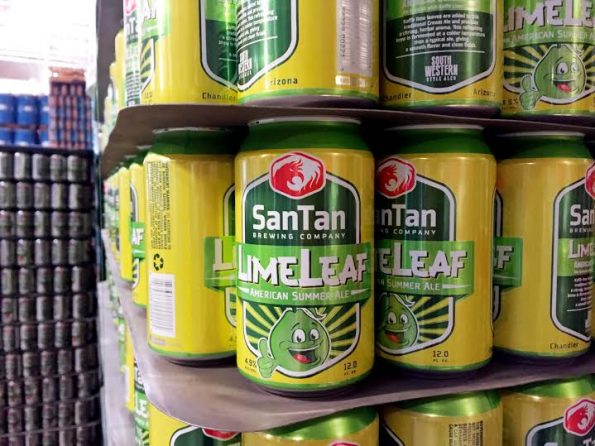 Brewed for the southwest, SanTan Brewing Company’s summer seasonal beer, LimeLeaf Summer Ale, is now available in cans and for regional distribution. A deliciously refreshing summer ale, LimeLeaf is made with a traditional cream ale base. Kaffir lime leaves are added for a citrusy and herbal aroma. This refreshing brew is fermented at a colder temperature than a typical ale, giving it a smooth flavor and clean finish.

“I’m thrilled to launch our LimeLeaf Summer Ale in cans this summer. This is a great brew to take along for a trip to the lake, beach or river. It’s light and refreshing with a kick of hydrating citrus. The Kaffir lime leaf flavor really pops,” said Anthony Canecchia, founder and brewmaster, SanTan Brewing Company.

SanTan Brewing Company continues to be one of the fastest growing craft breweries in the nation. In 2015, SanTan unveiled a fresh new look! After eight years of rapid growth and expansion, SanTan has launched a refreshed brand that is fun yet mature, cohesive and visually stunning, a perfect complement to its Southwestern Style Ales. To find a pint or can of SanTan’s beers near you, visit SanTan Brewing Company’s Beer Finder online at www.SanTanBeerFinder.com.

Happy Wednesday everyone! We promised you 2 recipe