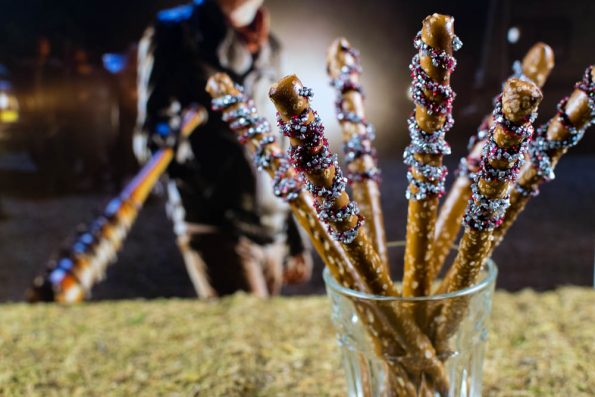 AMC’s The Walking Dead has become one of television’s most iconic horror shows. Season 7 started with one of the most shocking episodes to date. With Season 7’s home release this past Tuesday, we decided to create a recipe based on one of the most iconic items in the show. That’s right, we created our recipe for Lucille Pretzel Bats based on Lucille, Negan’s terrifying bat!

Season 7 of The Walking Dead picks up immediately after the thrilling cliff hanger of Season 6. “Negan forces Rick and the group to fall under his will, brutally convincing them to live under his rules. To prevent further bloodshed, Rick genuinely believes they can make life under Negan, however terrible, work. But he soon learns that Negan can’t be reasoned with and they must prepare to go to war now. Victory will require more than Alexandria, and Rick will need to convince their new allies from the Kingdom and the Hilltop to band together with the common goal of taking down Negan and his army.”

When coming up with the idea for our Lucille Pretzel Bats we explored a couple of options. We even considered breadsticks! However, pretzels turned out to be the closest looking and easiest to work with. We really want to give you, the readers, a recipe that looks fantastic without a ton of work. We found that black icing looks the most striking but you could also use melted dark chocolate.

We hope you love our recipe for Lucille Pretzel Bats! As we mentioned, we are really starting to gear up for Halloween! That means we want to know what movies you want to see recipes for! Leave a comment below or tag us on social media using the #GeekEats hashtag! We can’t wait to hear your ideas!

Lucille Pretzel Bats: A Recipe Inspired by The Walking Dead 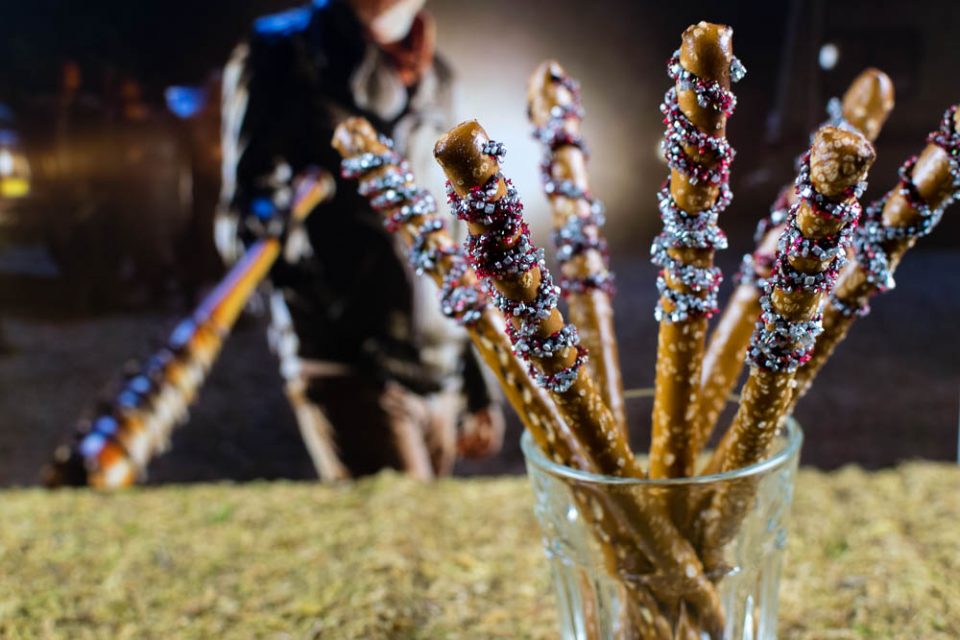