Today marks the release of the Nintendo Switch. The Nintendo Switch is Nintendo’s 7th home console. The company which boasts game titles such as Super Mario Bros. and The Legend of Zelda has been around since 1889! Believe it or not, Nintendo actually started as a playing card company. It wasn’t until the 1970s that Nintendo started its foray into the video game market. Since then, gamers have enjoyed numerous titles over the course of the past 40+ years.

To celebrate the release of the Nintendo Switch, we have rounded up 4 recipes. These recipes are based on some of Nintendo’s most popular games. Check out the recipes below:

This is just a small number of Nintendo themed recipes that we found. For more fun video game food ideas visit our Video Game Pinterest Board! How will you be celebrating today? We’d love to hear, comment below or use the hashtag #GeekEats. 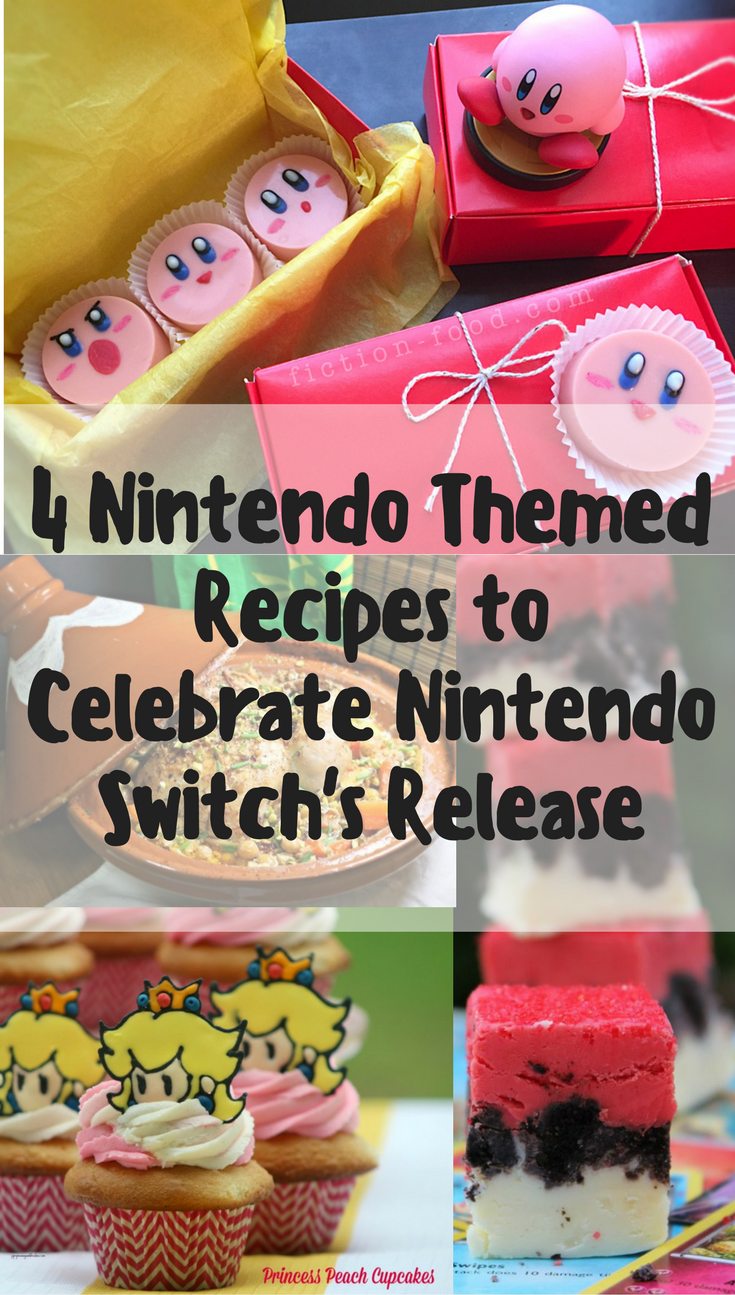