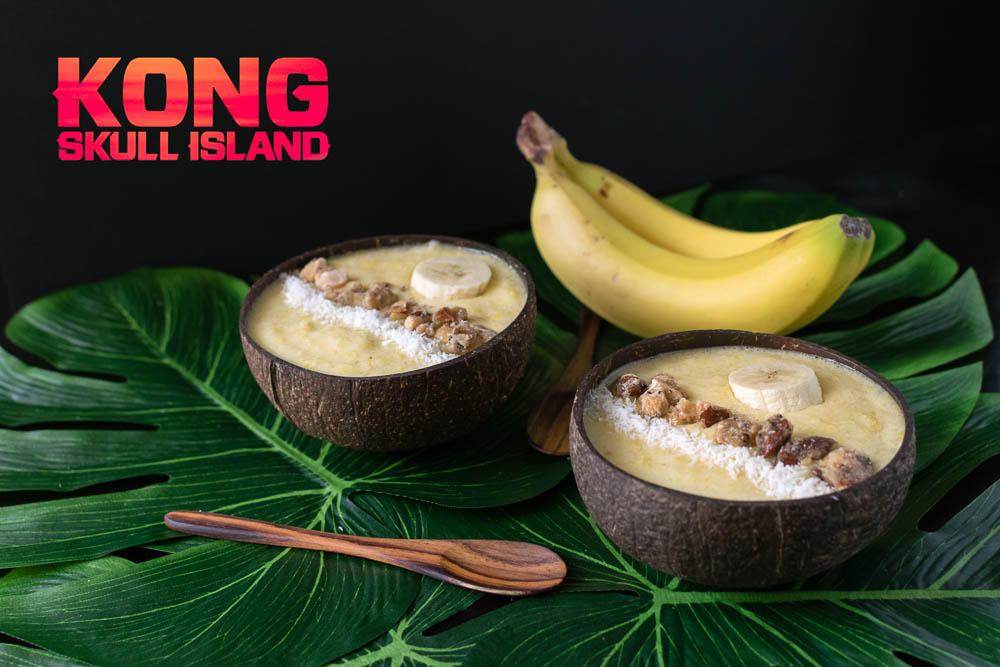 March is here! With so many great movies coming out this month we didn’t know where to start. Fortunately, a rather big one (or at least its main character is) is coming out this week! That movie is none other than Kong: Skull Island. After the success of Peter Jackson’s King Kong, this movie is highly anticipated and we knew a recipe was in order, thus Kong’s Banana Smoothie Bowl came to be.

When coming up with our idea for a Kong: Skull Island inspired recipe, we looked at a few things. First, we knew we wanted to have bananas be the focus. Since we had already done a frozen banana pop recipe, we looked for an alternative. With the popularity of the smoothie bowl, we decided to give one a shot. To be honest, it also gave us a reason to get some pretty neat coconut bowls.

In addition to this delicious breakfast, we are giving away a Kong: Skull Island Monster Prize Pack! Included in the prize pack is:

All you have to do is enter below. The winner will be chosen on Sunday, March 12th! Good Luck! 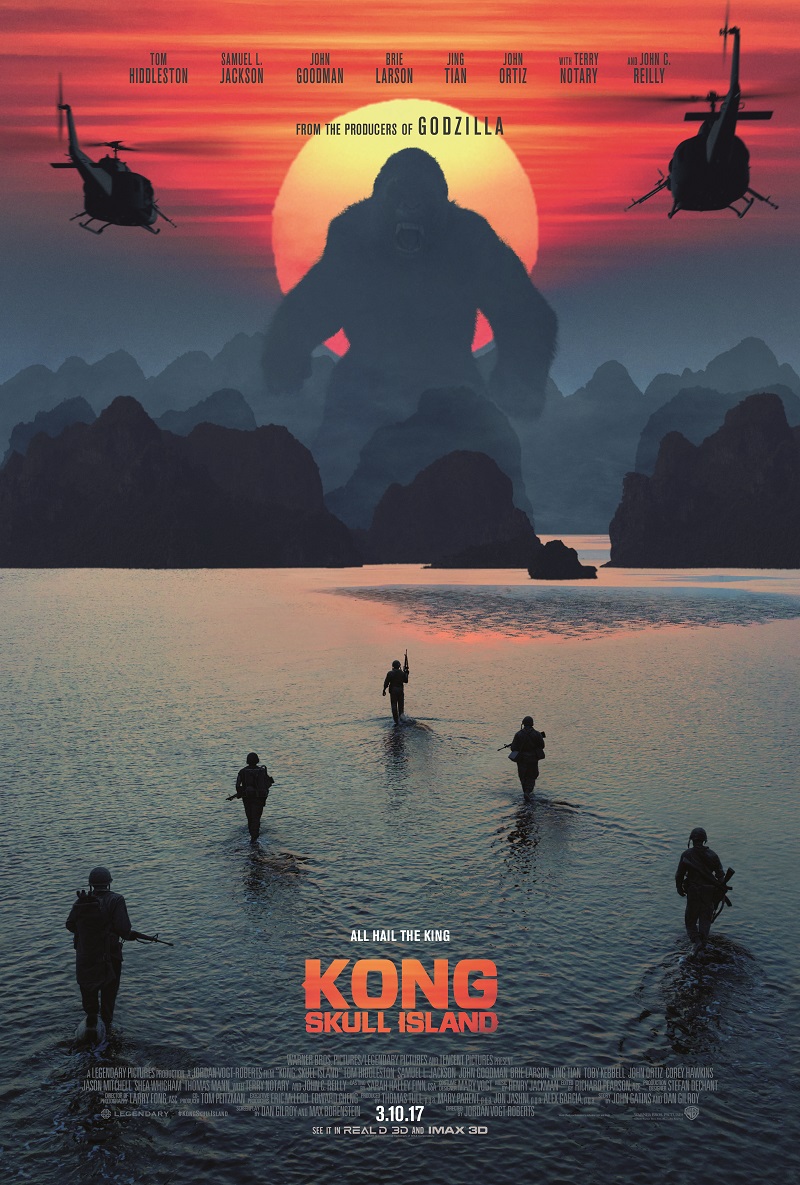 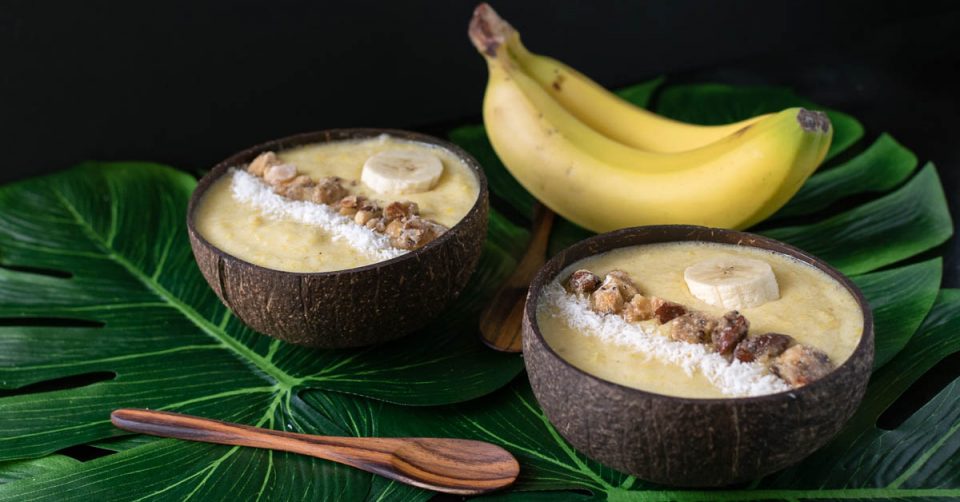 *The Geeks received no other compensation to facilitate this write-up; opinions are wholly our own. Prize pack and tickets provided by Allied Marketing. View our Disclosure Policy for more info. 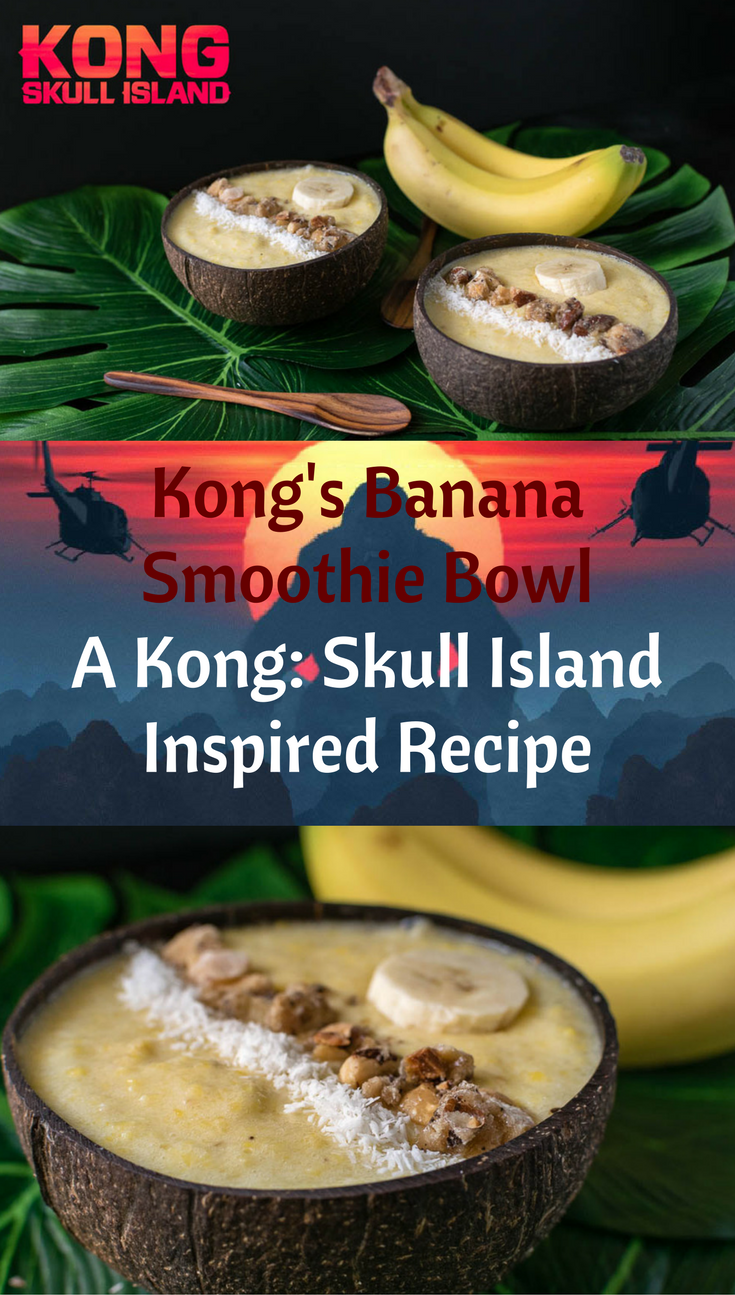