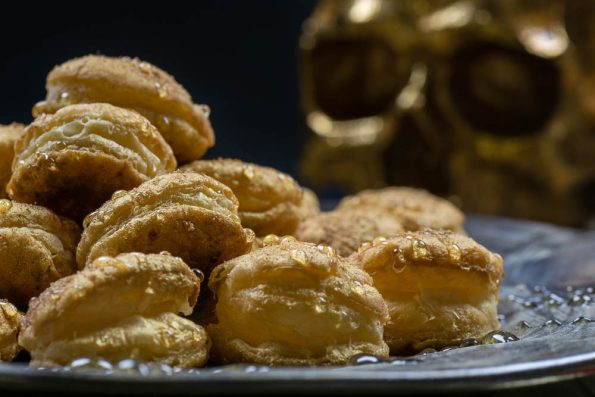 These Puff Pastry Pirate Coins are a Paid Promotion for Pirates of Caribbean: Dead Men Tell No Tales.

When Pirates of the Caribbean: Dead Men Tell No Tales first came out, we created a delicious smoothie recipe. However, when we were approached by Disney in regards to this film, we wanted to do more. This time we created a dessert so good, you’ll have to protect it like buried treasure! Also, not only are our Puff Pastry Pirate Coins delicious, but they are super easy!

In Pirates of the Caribbean: Dead Men Tell No Tales we find “down-on-his-luck Captain Jack feeling the winds of ill-fortune blowing strongly his way when deadly ghost sailors, led by the terrifying Captain Salazar (Javier Bardem), escape from the Devil’s Triangle bent on killing every pirate at sea—notably Jack. Jack’s only hope of survival lies in the legendary Trident of Poseidon, but to find it he must forge an uneasy alliance with Carina Smyth (Kaya Scodelario), a brilliant and beautiful astronomer, and Henry (Brenton Thwaites), a headstrong young sailor in the Royal Navy. At the helm of the Dying Gull, his pitifully small and shabby ship, Captain Jack seeks not only to reverse his recent spate of ill fortune but to save his very life from the most formidable and malicious foe he has ever faced.” 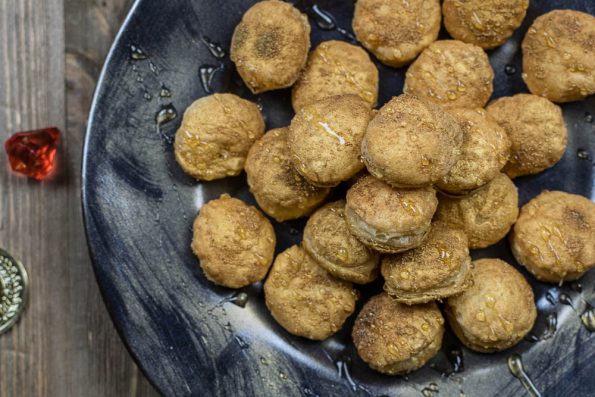 The inspiration for our Puff Pastry Pirate Coins came from none other than pirate treasure! We also wanted to create a recipe that was easy enough for kids to get involved. Almost every step can be done by a child or with parental assistance. Gold food spray isn’t impossible to find but if you can’t get a hold of some, gold sugar crystals are a good substitute.

We hope you enjoy making this recipe with your little swabbies at home! Be sure to check out Pirates of the Caribbean: Dead Men Tell No Tales which is now available on Digital HD and Blu-ray! 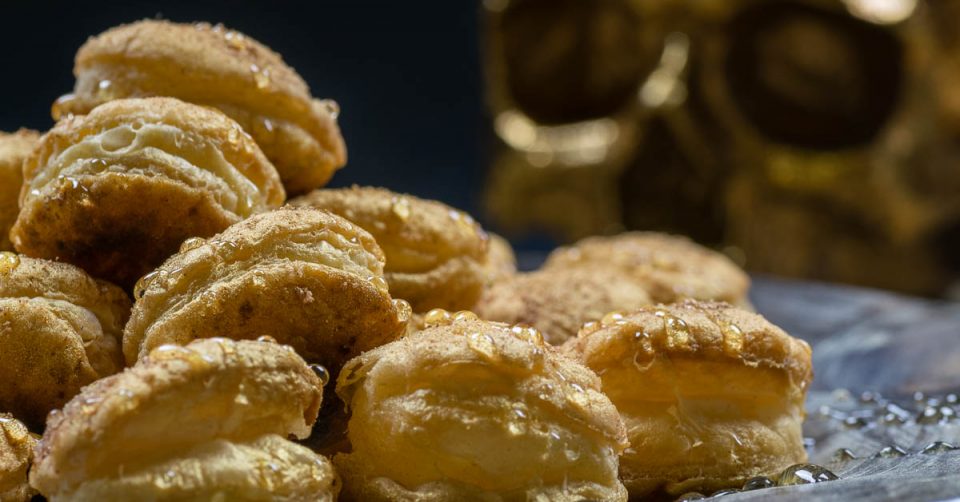 *This is a Paid Promotion for Pirates of the Caribbean: Dead Men Tell No Tales; We were also provided with an advanced copy for research purposes. Images and title treatments were used with permission from The Walt Disney Company. All opinions are wholly our own. View our Disclosure Policy for more info. 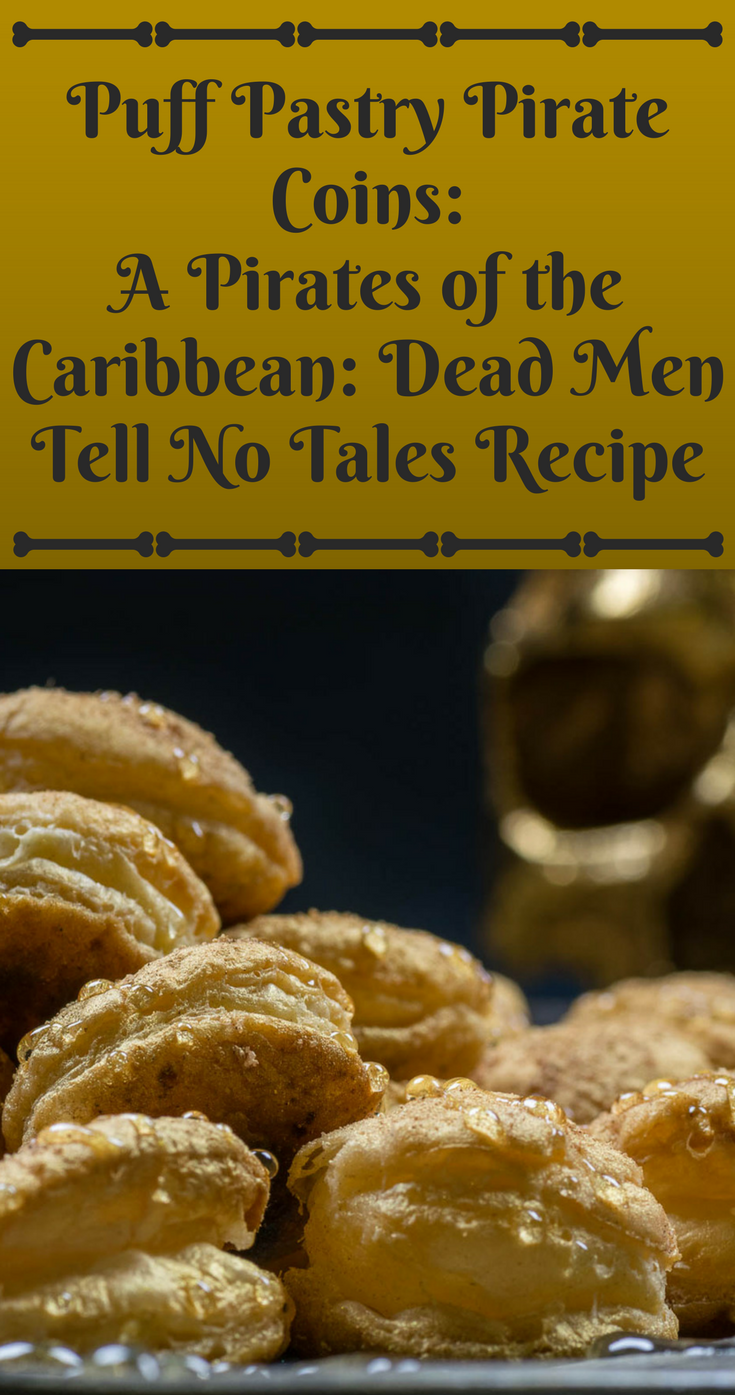