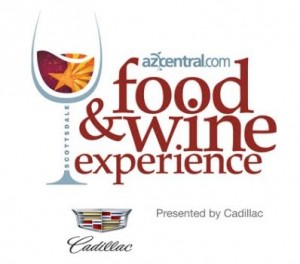 In addition to his award-winning Las Vegas restaurant, Bartolotta also is highly acclaimed for his more than 10 dining establishments in the Midwest (www.bartolottas.com).

Joining Bartolotta on the gold-star panel is Michael Ginor, cofounder of Hudson Valley Foie Gras (www.hudsonvalleyfoiegras.com) which in 1996 received the Award for Excellence from the James Beard Foundation, among others.  Ginor first discovered the potential of modern-age foie gras processing while serving in the Israeli Defense Forces. He pursued his dream by establishing what is today the major foie gras producer in the United States. And, in 2014, Hudson Valley Chicken LLC was incorporated and now produces the finest organic chickens in New York State. He is a frequent contributing food writer, and also cookbook author of Foie Gras…A Passion.  Ginor participates also in a Sunday evening, Nov. 8, “Grand Finale” dining experience hosted by Chef Aaron May and his chef friends.

Chef Akira Back of Yellowtail at Bellagio, Las Vegas, (www.akiraback.com) and Kumi Japanese Restaurant + Bar at Mandalay Bay, Las Vegas, also joins May in the Grand Finale, and Bartolotta in the Gold Star Panel on Saturday.  Back was born in Korea and raised in Aspen, Colo.  He brings boundless originality to classic Japanese cuisine.

Back has restaurants also in New Delhi and Jakarta.  He has appeared on TV’s Cooking Channel and Food Network, and has been named “Best Chef in Las Vegas” by Las Vegas Weekly among other accolades, plus producing at least four dinners at the James Beard House.

Chef Chuck Hughes (www.chuckhughes.ca) participates in the gold-star panel led by Bartolotta, and also is among ‘friends’ joining Chef May at the Grand Finale Sunday dinner event.  Hughes is star of three television Cooking Channel Canada shows: Chuck’s Day Off, Chuck’s Week Off and Chuck’s Eat The Street.  His cookbook “Chuck’s Day Off” is based on his popular TV show.  He also owns hot restaurant Garde Manger as well as his second, Le Bremner, both in Montreal.  Known for his big personality, love of entertaining and passion for food, the latter is exemplified by tattoos he sports of his food favorites: bacon, arugula, lemon meringue pie and lobster.  His enthusiasm yielded dividends when he became youngest Canadian chef to win Iron Chef America beating Bobby Flay.

CHEF AARON MAY & FRIENDS: GRAND FINALE DINING EXPERIENCE.  Arizona’s own celebrity chef, Aaron May, often featured on Food Network TV (and often with friend Guy Fieri of Diners Drive-ins & Dives) has gathered his accomplished culinary friends Back, Ginor and Hughes and others locally to join in producing a wow experience called the Grand Finale, capping off the two-day event on Sunday evening.  Each chef will create or collaborate on a course.  Each stage of the dinner will be matched with beverages to create a rare experience.  Limited seating available.  More information coming soon.

TICKETS FOR A CUSTOMIZED EXPERIENCE.  Azcentral Food & Wine Experience presented by Cadillac is designed for foodies to customize their experience to their tastes and pocketbook: from a $10 ticket to Aperitif after-party to $85 to the Grand Tasting to $250 to the Grand Finale dinner, or a myriad of other rare, intimate dining experiences in an orchard setting such as the Dinner with Graham Elliot; McCartney Tea & Talk; French Wine with Chef Christopher Gross & Chef Michael Ginor; Champagne Brunch with Chef Beau MacMillan; and more. Visit www.azcentralfoodandwine.com for more.   #AZFWE @AZFWE  www.Facebook.com/AZFWE

About azcentral.com. azcentral.com is Arizona’s No. 1 website, attracting more than four times the traffic of its nearest competitor. The Arizona Republic is among the country’s top 20 newspapers in daily circulation, reaching 1.5 million readers per week. Both are part of Gannett, an international media and marketing company, and one of the largest, most geographically diverse media companies in the USA. Through its powerful network of broadcast, digital, mobile and print platforms, the company informs and engages 110 million people each month. Gannett reaches more than 65 million unique visitors online each month [or 29 percent of the U.S population].  azcentral.com

About Scottsdale Fashion Square.  Scottsdale Fashion Square is owned and operated by Macerich. Macerich, an S&P 500 company, is a fully integrated self-managed and self-administered real estate investment trust, which focuses on the acquisition, leasing, management, development and redevelopment of regional malls throughout the United States. Macerich currently owns 54 million square feet of real estate consisting primarily of interests in 51 regional shopping centers. Macerich specializes in successful retail properties in many of the country’s most attractive, densely populated markets with significant presence in the Pacific Rim, Arizona, Chicago and the Metro New York to Washington, DC corridor. Additional information about Macerich can be obtained at Macerich.com