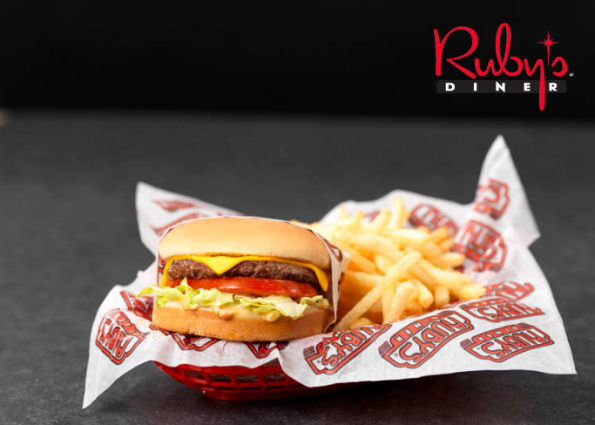 With 34 years of experience, Ruby’s Franchise Systems, Inc continues to expand its presence outside of the stand-alone diner concept and into non-traditional venues including airports, malls and casinos. With the addition of the two new locations, the brand’s portfolio now includes 32 Ruby’s Diner concepts across the country with plans to expand into the international market in 2017.

We are aggressively expanding the brand into unique locations and key growth markets to attract new franchisees nationwide and beyond,” commented Ruby’s Diner CEO and Founder, Doug Cavanaugh. “Our variety of models, from the stand-alone diner to the express kiosk, allows franchisees to successfully open and attract new customers with high-traffic and high-visibility real estate positioning.”

The Ruby’s Express at Outlets at Anthem will be the first Ruby’s concept in the Arizona market for the group.

Ruby’s Restaurant Group operates and franchises Ruby’s Diner concepts. Celebrating 35 years of success in 2017, Ruby’s Diner first opened on the Balboa Pier in Newport Beach, California in 1982. Today Ruby’s Restaurant Group is a privately held company that operates and franchises multiple Ruby’s Diner concepts across the nation. With over 32 U.S. stores across California, Nevada and Texas, including mall, casino and airport locations, Ruby’s Diner serves up America’s favorite burgers, hand-made milkshakes, and delicious fries in addition to a wide selection of breakfast entrees. Shooby Dooby down to Ruby’s online at Rubys.com and stay connected for company news and updates on Facebook, Instagram, and Twitter.