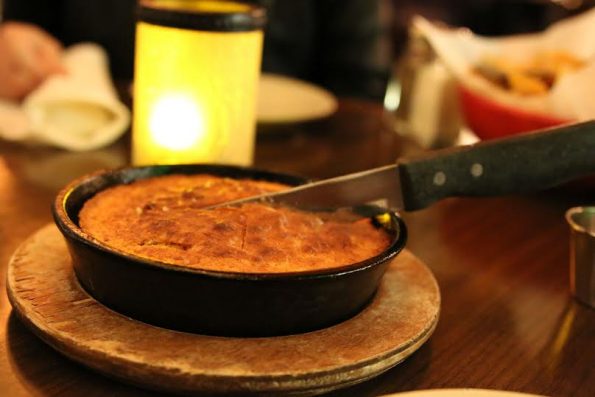 Z’Tejas Southwestern Grill is excited to announce its contribution of more than $90,000 to local nonprofits since it began Cornbread for a Cause in December of 2015. The restaurant group’s corporate giving program chooses local organizations in Arizona and Texas that benefit each quarter from proceeds of sales of its famous, freshly baked Z’Tejas cornbread. Those organizations that have benefitted in the past include Phoenix Children’s Hospital Foundation, Dell Children’s Medical Center of Central Texas , Scottsdale Active 20-30 Club and Cheyanna’s Champions for Children.

Most recently, $17,912 was raised for Military Assistance Mission in Arizona.

“We first started Cornbread for a Cause as a way to give back to our communities,” said Gary Manley, General Partner at Z’Tejas Restaurants. “To see these large donations roll through is truly amazing and cannot be done without our customers who come in and support our mission. We are excited about continuing the momentum.”

From July 1 through September 30, a portion of the cornbread proceeds from Z’Tejas’ five Phoenix-area locations will go to Arizona Animal Welfare League & SPCA (AAWL).

AAWL & SPCA is the largest and oldest no-kill shelter in Arizona, celebrating its 45th year in its mission to create a world with no homeless dogs and cats. AAWL rehabilitates and re-homes more than 4,000 dogs and cats annually that are abandoned or that have been surrendered by their owners through adoptions at their main campus and their store in Chandler Fashion Center. All pets offered for adoption have been spayed or neutered; micro-chipped, are current on all vaccinations and come with a lifetime return guarantee. Supported by over 500 volunteers and 150 foster families, AAWL continues to make a difference in people and pet’s lives in Arizona.

For more information on Cornbread for a Cause or Z’Tejas, visit Ztejas.com.

About Z’Tejas Restaurants
In 1989, the first Z’Tejas opened in an old Victorian house on historic 6th St. in downtown Austin, Texas. Since then, Z’Tejas has grown to become the premier dining destination for Mexican and Southwestern style cuisine in Phoenix, Arizona, where it has five locations and Austin, Texas, where it has three locations, including the original that still stands at the same old Victorian house on 6th St.  You can follow Z’Tejas on Facebook, Instagram and Twitter. For more information, visit www.ztejas.com.