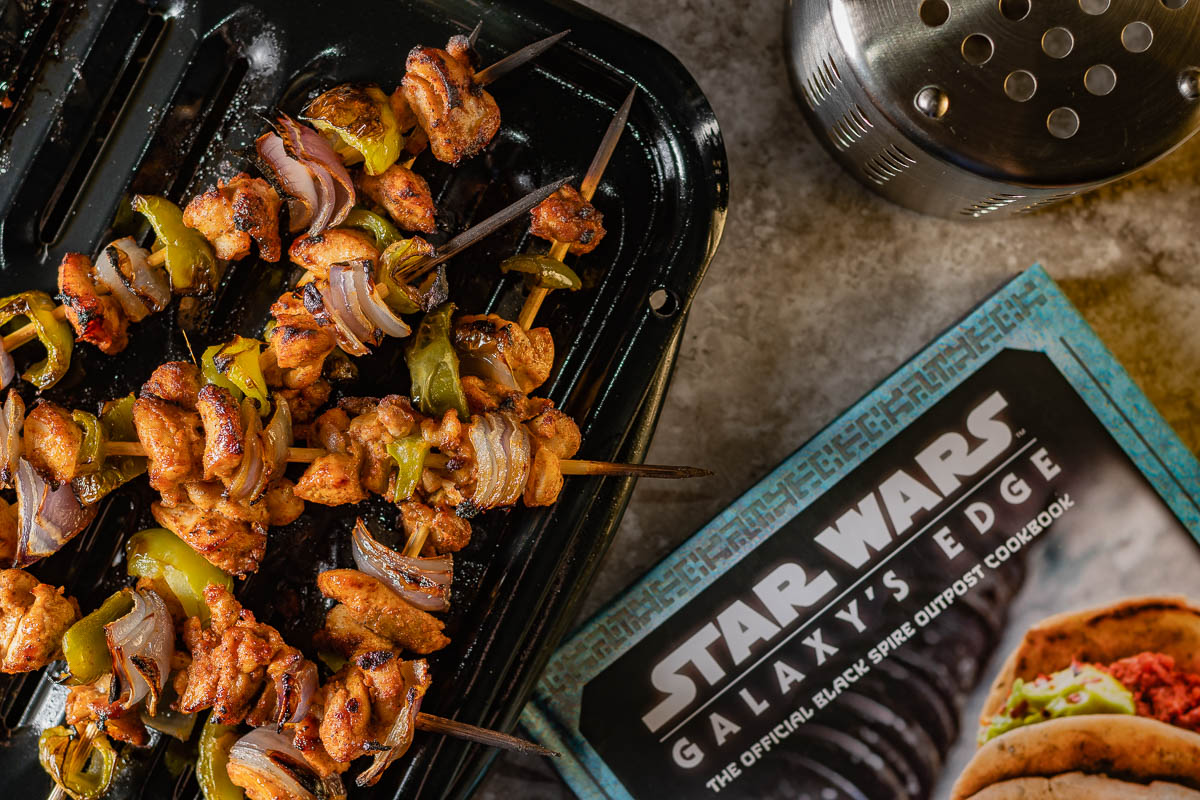 The Geeks were given a complimentary copy of Star Wars: Galaxy’s Edge The Official Black Spire Outpost Cookbook to facilitate this write-up; Recipe shared with permission from Insight Editions.

It’s May 5th! Do you know what that means?! It’s Revenge of the 5th! After we shared all of those recipes with you yesterday. We thought it was the perfect time to review the Star Wars: Galaxy’s Edge The Official Black Spire Outpost Cookbook! We’ve been waiting for the right moment to post this review and now is it! After all, we are all doing a lot more cooking at home.

At this point, you’re probably saying, “I wish they’d get to the review.” Well, here we are. Overall, the Star Wars: Galaxy’s Edge Cookbook is a lot of fun. There are some great recipes. We really loved the Gruuvan Shaal Kebabs (check out the recipe below). The non-park recipes like the kebabs are where the cookbook really shines. The book is well laid out and very accessible to cooks of all levels. 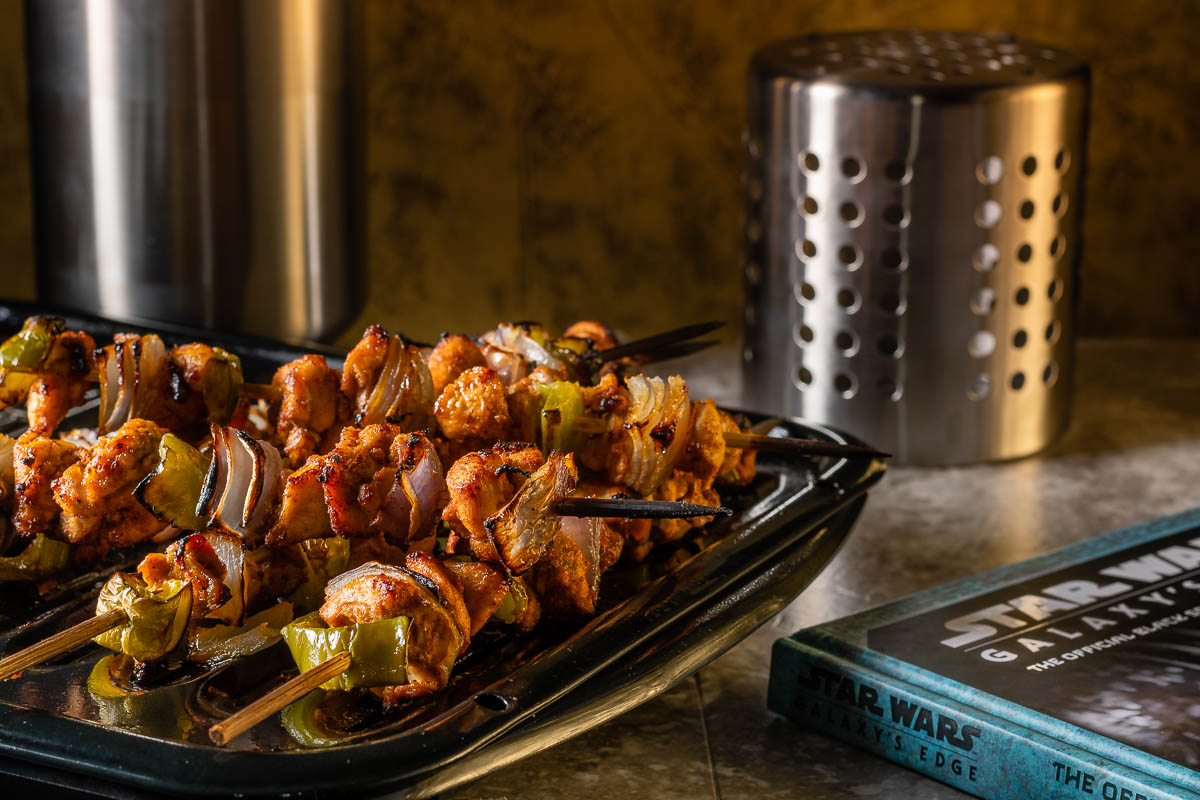 The one real critique we have about the cookbook is that the recipes of foods featured in the park aren’t the same. Obviously, it isn’t reasonable to expect Disney to share their recipes identically, but for example, The Ronto Wrap isn’t anywhere in the same ballpark of ingredients (it uses chorizo and guacamole, which aren’t anywhere in the park’s version). If you are purchasing this cookbook solely for the purpose of recreating the items found inside the park you might be disappointed. We would have loved to have seen the mashed veggies and herb gravy as they are served in the park.

Despite the above critique, this is a really great cookbook for any Star Wars fan to add to their collection. We can’t wait to try more of the recipes in it and bring a little bit of the Star Wars galaxy into our home. Do you already own the Star Wars: Galaxy’s Edge Cookbook? What are some of your favorite recipes? 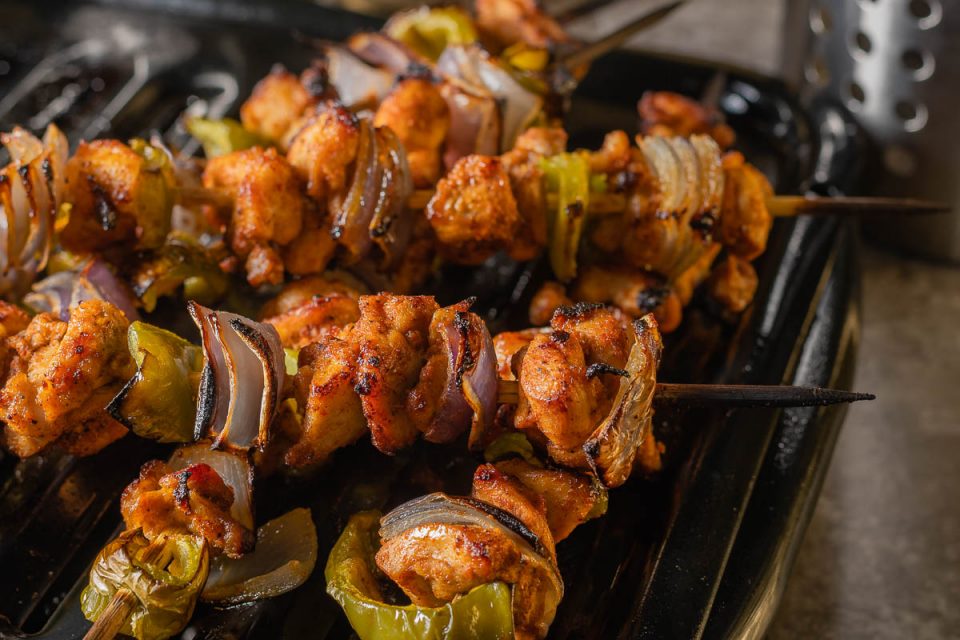 This recipe was created by Chelsea Monroe-Cassel and shared with permission from Insight Editions.

*The Geeks were not compensated but given a complimentary copy of Star Wars: Galaxy’s Edge The Official Black Spire Outpost Cookbook to facilitate this write-up; Recipe shared with permission from Insight Editions. All opinions are wholly our own. View our Disclosure Policy for more info.