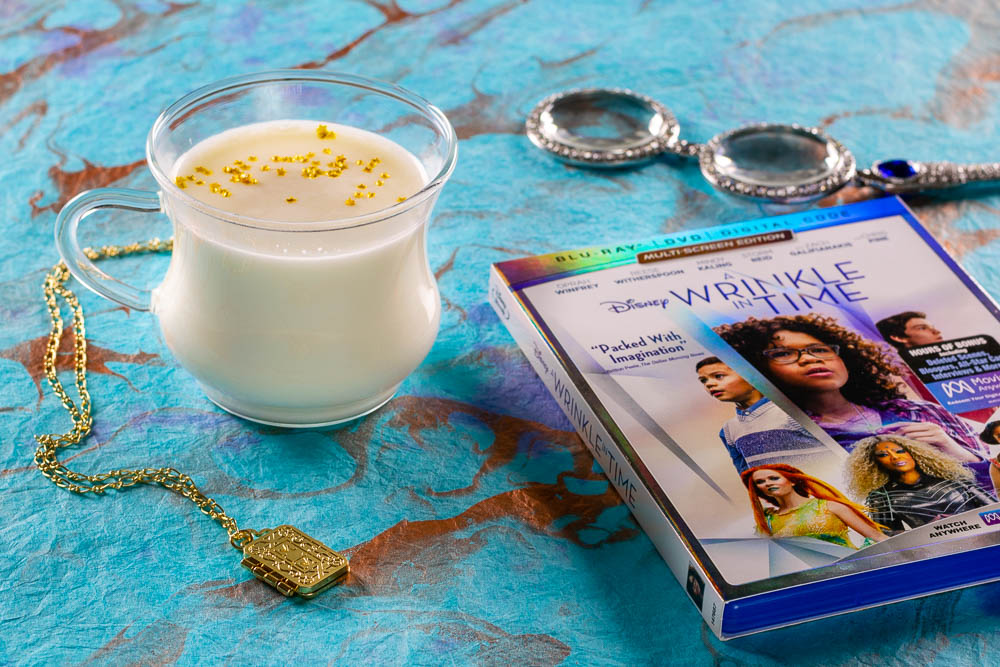 We received a copy of A Wrinkle in Time to help with creating our Meg’s Warmed Milk recipe.

Admittedly, we didn’t get a chance to see A Wrinkle in Time during its theatrical run. However, when we were asked to create a recipe for it we were super excited. After watching the film, we weren’t disappointed! A Wrinkle in Time offers stunning visuals, a great cast, and a message that will speak to you. We’re excited to share a brand new recipe inspired by the film, Meg’s Warmed Milk! 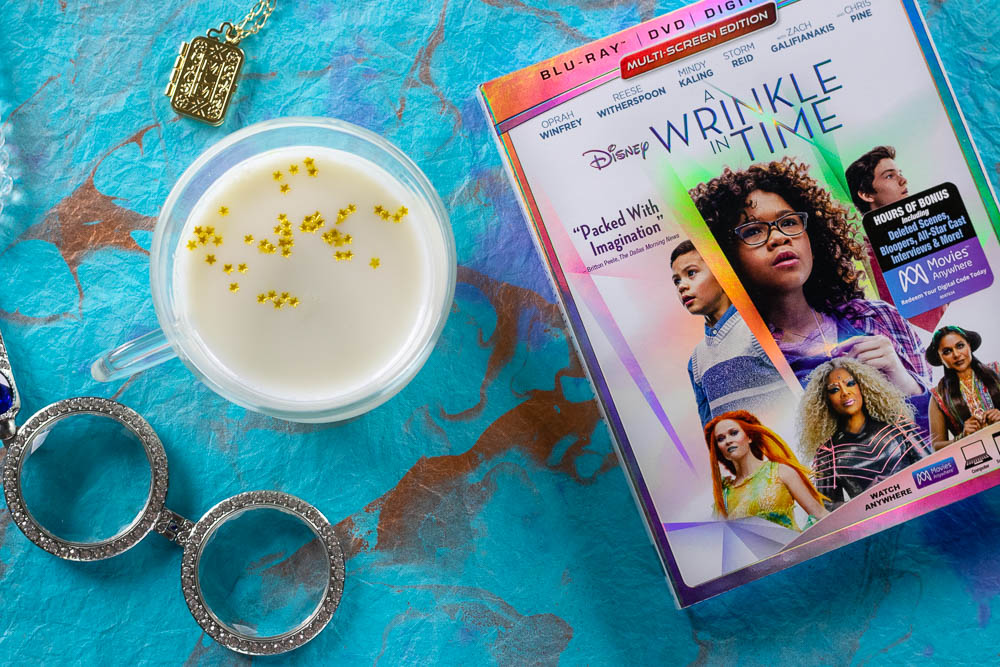 The idea for this recipe came pretty early in our viewing of A Wrinkle in Time. We’ve created our version of Meg’s Warmed Milk. Interestingly enough, in the movie Charles Wallace prepares Meg warmed milk when she can’t sleep but in the book it is Hot Chocolate. With our version being based off of the movie, we went with milk. That being said, we had to upgrade it a little! Who really wants to drink plain warm milk? We added a few ingredients (see the recipe below) and edible glitter stars! The result is a simple yet comforting drink!

Meg’s Warmed Milk: A Recipe Inspired by A Wrinkle in Time 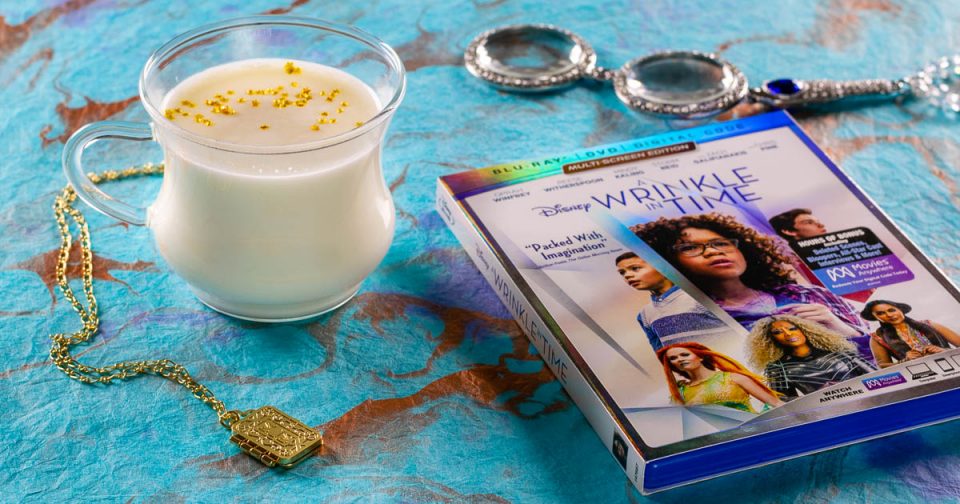 One Reply to “Meg’s Warmed Milk: A Recipe Inspired by A Wrinkle in Time”