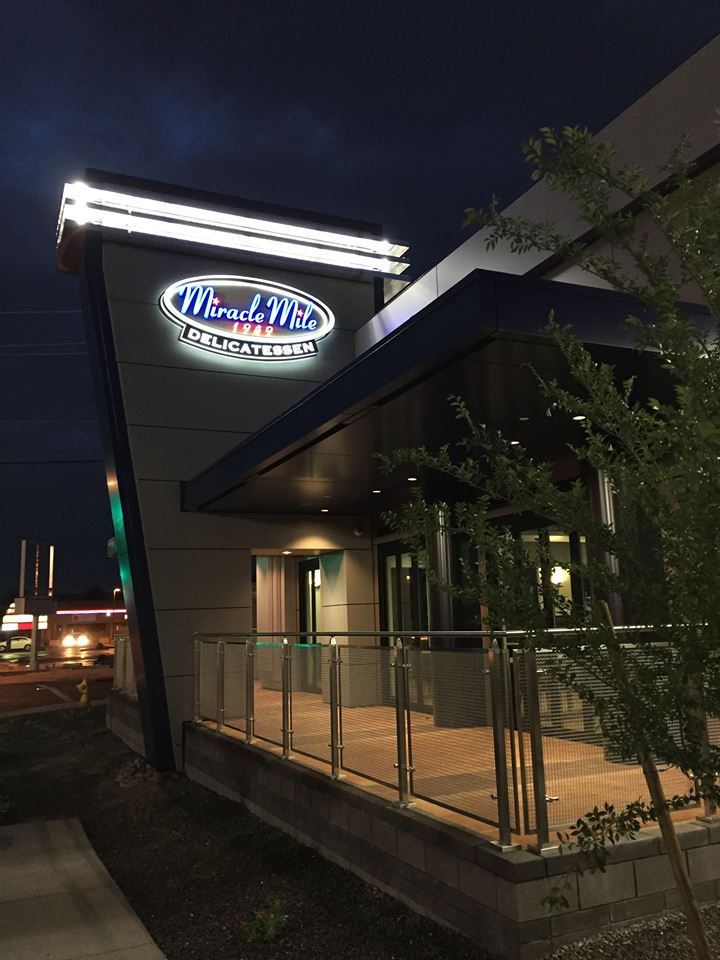 After nearly 67 years in business, the city of Phoenix is declaring Tuesday, May 10th Miracle Mile Deli Day by order of proclamation from Mayor Greg Stanton. At 10 a.m. on Tuesday, councilman Sal DiCiccio will say a few words about the significance of the locally owned restaurant making it more than six decades in the city. Josh Garcia, Vice President of Miracle Mile Deli, and grandson of original owner Jack Grodzinsky, will also say a few words.

To celebrate the day, a portion of the proceeds from that day’s sales will go to Feeding Matters, a local non-profit dedicated to raising awareness of pediatric feeding struggles. Also on that day, noon to 8 p.m. every hour, there will be a $100 gift card to Miracle Mile Deli given away to someone. People can stop in all day to register to win, no purchase necessary.

The Miracle Mile story began in 1949, when founder, Jack Grodzinsky, along with his wife and children, arrived in Tucson from Brooklyn, New York. Grodzinsky took a bus ride to Phoenix looking for a business he could purchase to help support his family. He decided on a restaurant and took over an existing space on McDowell Road and 16th Street. This mile long strip of land where the restaurant was established came to be known as the “Miracle Mile”.

Fast forward and the locally-owned restaurant recently moved to their new venue at 4433 N. 16th Street in Phoenix. Miracle Mile Deli has been family owned and operated for three generations and continues to provide a unique experience in casual dining. Visit miraclemiledeli.com or like them on Facebook at facebook.com/miraclemiledeli.