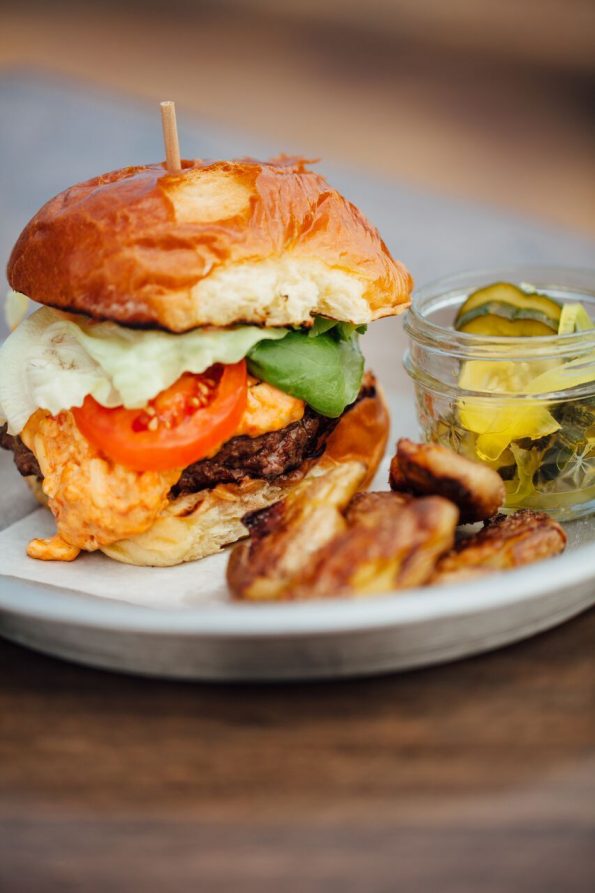 Burger fans rejoice! Six of the Valley best chefs will be going head-to-head this October in a fun burger battle competition. Two chefs will compete each week, starting Sunday, October 9, in head-to-head competitions, with the winner moving on to the championship match on October 30. Hosted at Okra Cookhouse & Cocktails, the Burger Battle will feature some of the Valley’s top chefs including Kelly Fletcher of Zen, Gio Osso of Virtu and Nico Heirloom Kitchen, host Cullen Campbell of Crudo and Okra Cookhouse & Cocktails, Doug Robson of Otro, Justin Beckett of Beckett’s Table and Southern Rail and Chris Newstrom of Upward Projects.

Celebrity judges will be on hand to judge each week’s competition.  Diners can come in and watch the competition, plus try each chef’s creation. In addition, Okra will feature their traditional Sunday specials including all day happy hour, half-off bottles of wine and mixologist Micah Olson will be creating some special Tito’s cocktails & punch to serve at the Burger Battle.

Battles start at 3pm, but get there early, because the burgers will run out. A portion of the proceeds to goes to C-CAP, which helps young men and women start their career in the culinary arts industry.

October 30th- Finals with the 3 winners