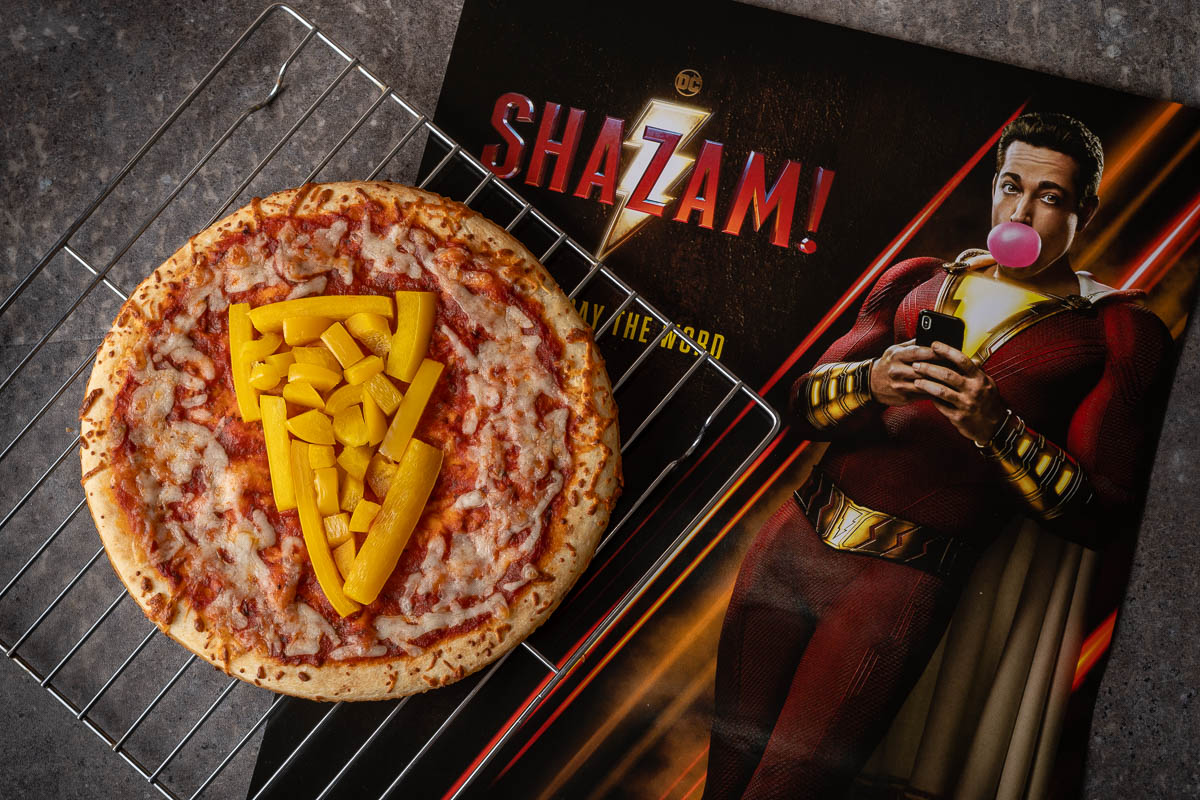 Whew! What a busy week! We have so many giveaways it is hard to keep up! Up next we have a recipe and giveaway for Shazam! DC’s latest comic book movie. To celebrate the release, we’ve created a Shazam! themed pizza that both kids and adults alike will enjoy, our Say the Word Pizza!

“We all have a superhero inside us, it just takes a bit of magic to bring it out. In Billy Batson’s (Asher Angel) case, by shouting out one word—SHAZAM!—this streetwise 14-year-old foster kid can turn into the adult Super Hero Shazam (Zachary Levi), courtesy of an ancient wizard (Djimon Hounsou). Still a kid at heart—inside a ripped, godlike body—Shazam revels in this adult version of himself by doing what any teen would do with superpowers: have fun with them! Can he fly? Does he have X-ray vision? Can he shoot lightning out of his hands? Can he skip his social studies test? Shazam sets out to test the limits of his abilities with the joyful recklessness of a child. But he’ll need to master these powers quickly in order to fight the deadly forces of evil controlled by Dr. Thaddeus Sivana (Mark Strong).” 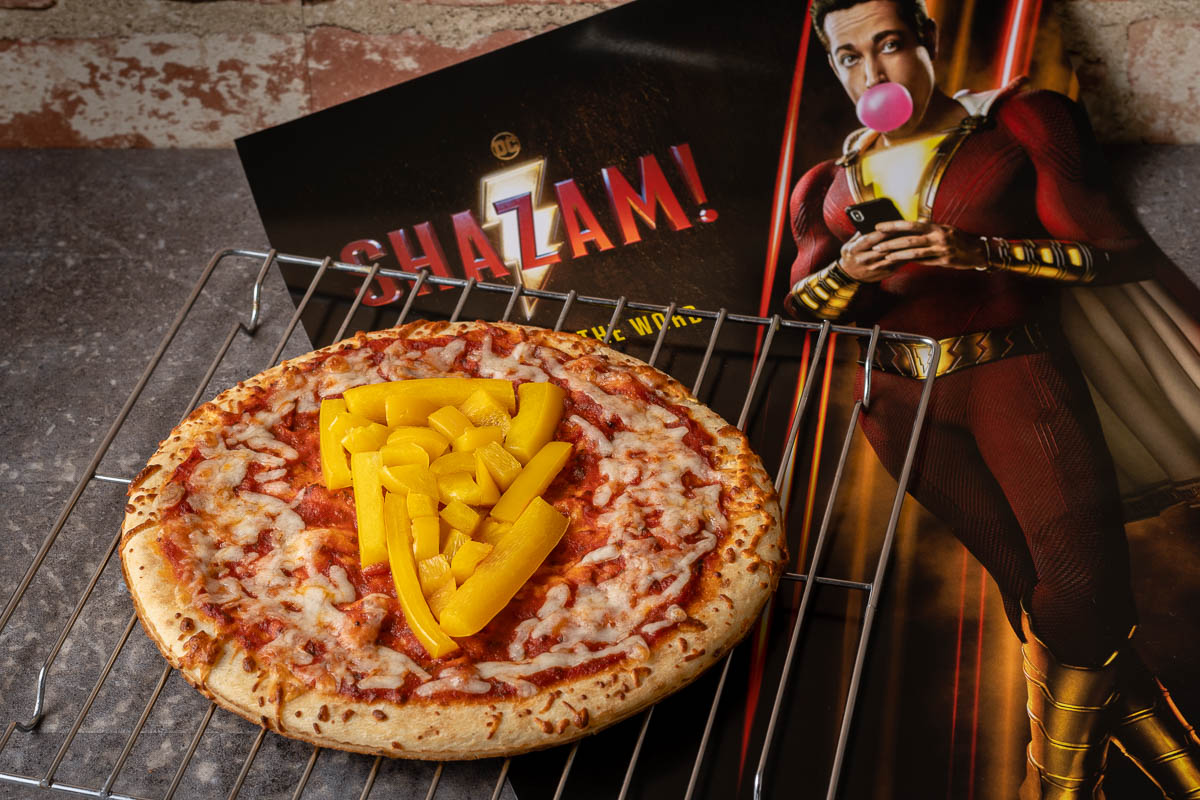 We created our Say the Word Pizza because most teenagers like pizza. However, as adults we know we can’t eat all of that unhealthy food. Therefore, we created a pizza with a nice balance between the two. We used yellow bell peppers as the topping because they are a less bitter when they are cooked. Additionally, we used only a light coating of cheese to save on calories and fat! The result is still tasty but with less guilt!

Now that you have a delicious and mostly heathy pizza recipe, here is the fun part! We are giving away 10 pairs of VIP Screening Passes to an advanced showing of Shazam! The showing will be held at Arizona Mills IMAX on Monday, April 1st. The screening starts at 7 pm and the winners should arrive at 6:15 in order to guarantee their seating. Winners will be selected on Friday, March 29th at 4:00 pm. We are doing this contest a bit differently. 5 pairs will be given away will be selected via Rafflecopter and 5 will be selected from the Instagram post! Good luck! 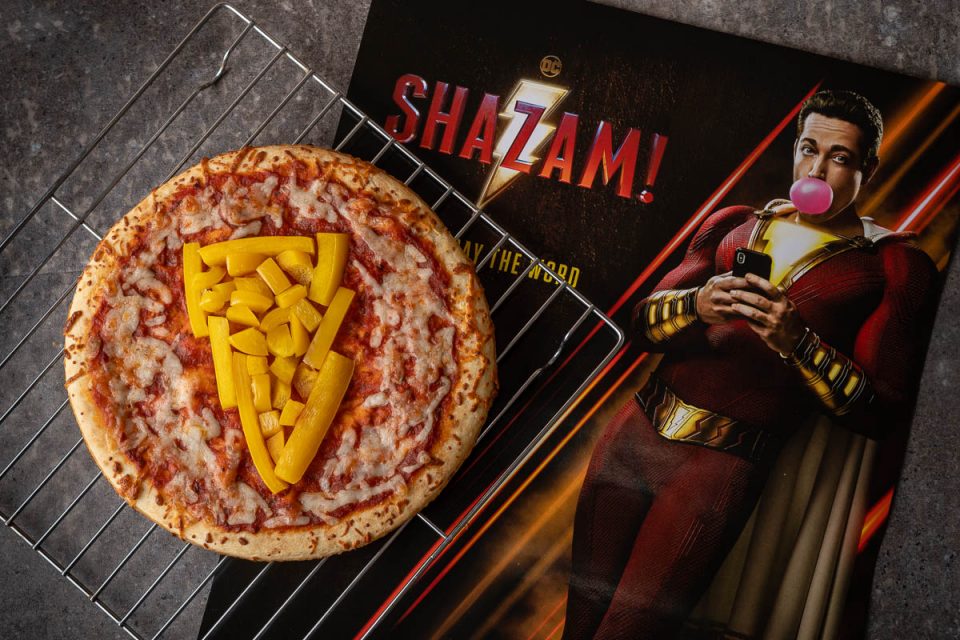 Channel your inner teenager with this delicious and healthyish Shazam! inspired recipe for Say the Word Pizza created by The Geeks!

One Reply to “Say the Word Pizza: A Shazam! Inspired Recipe”