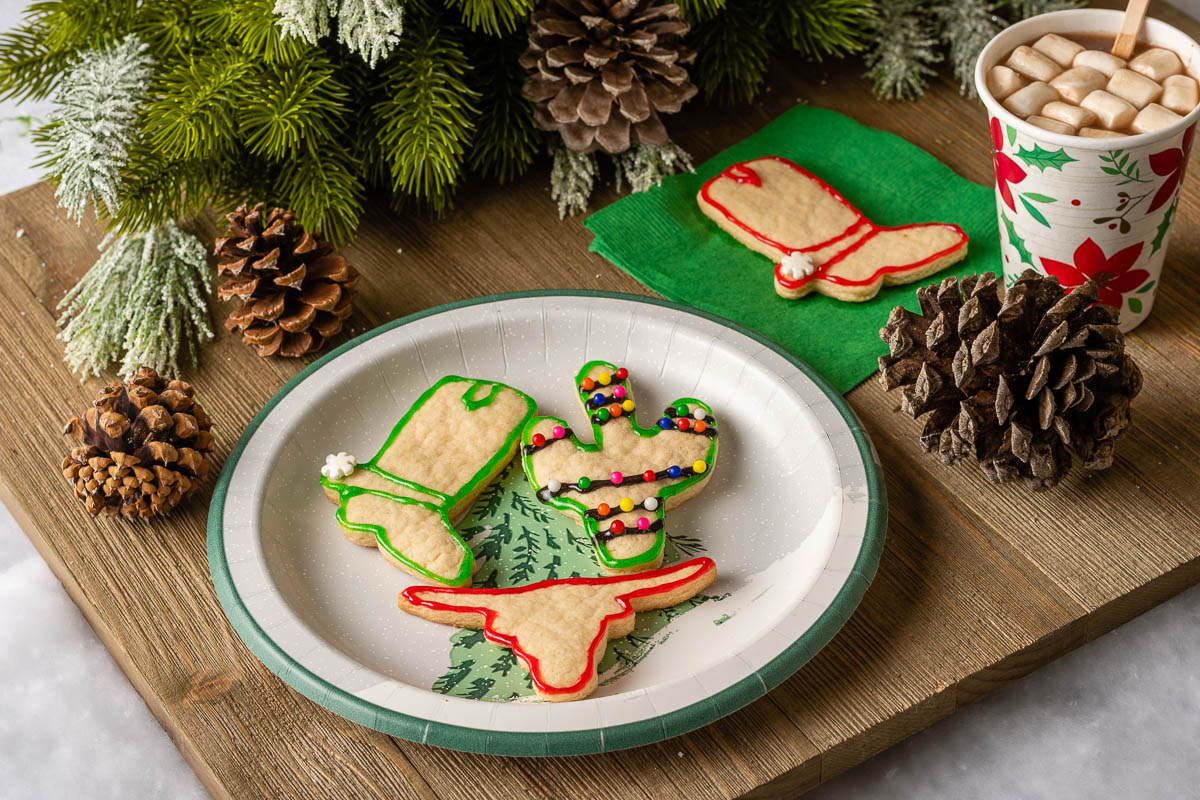 Over here at Geeks Who Eat Headquarters we are getting into the holiday spirit. Well, at least as best as we can during a pandemic and with a new puppy who likes to eat EVERYTHING. One of the things we have looked forward to most is Joe Bob Saves Christmas on Shudder! We are so excited for it that we created a recipe for Neon Vegan Christmas Cookies!

The Christmas spirit takes over The Last Drive-In as Joe Bob and Darcy close out the year with a double feature of holiday horrors. Additionally, in the spirit of the holiday season, this Friday’s upcoming new The Last Drive-In Special, Joe Bob Saves Christmas, will feature unique memorabilia items available via online charity auction, Joe Bob Briggs announced in a video posted to his social media accounts. The details of the items, charities and auction will be revealed during the special, which features a double bill of holiday horrors. 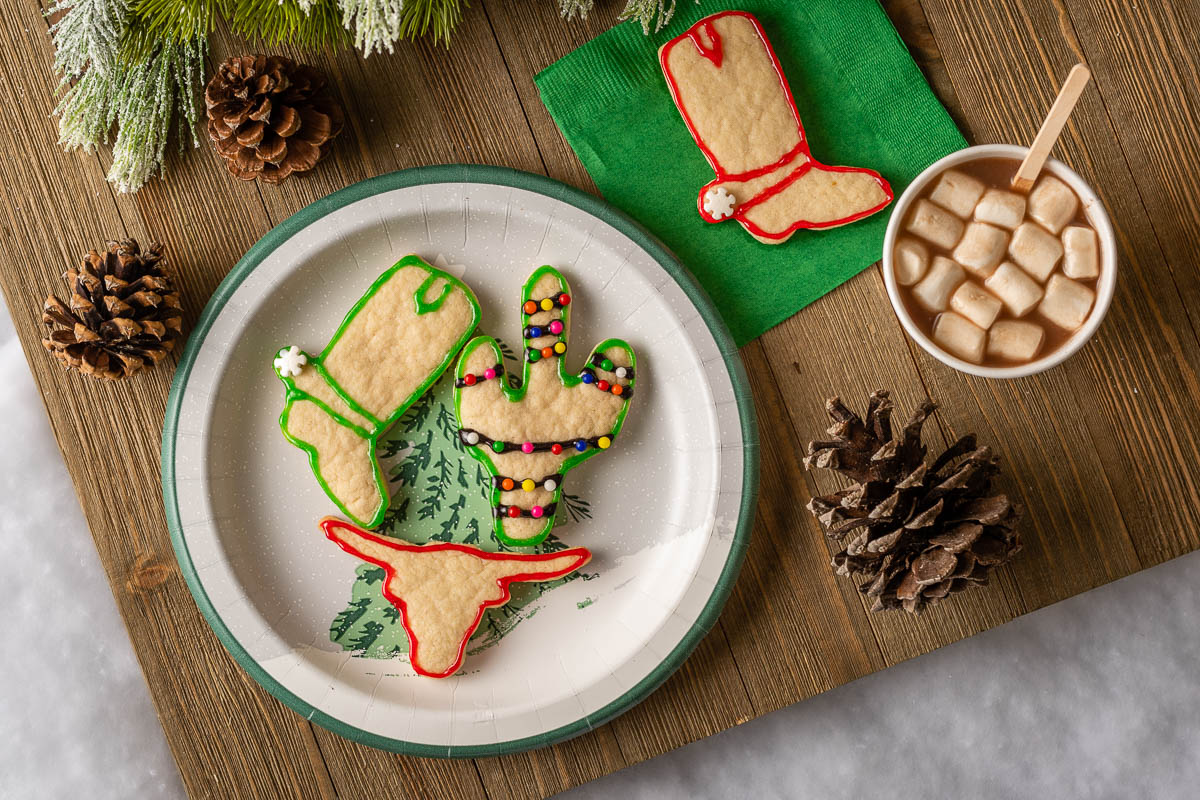 While we know Joe Bob isn’t vegan, Darcy is. That meant that our goal with this recipe was to make a recipe for vegan Christmas cookies that was tasty for vegans and non-vegans alike. Additionally, we are also not great at decorating cookies. Therefore, we opted for a design that anyone can recreate. The neon of the Last Drive-In sign played a huge role in our creation. The result is vegan Christmas cookies that are visually appealing and delicious!

We hope you try out our Neon Vegan Christmas Cookies recipe! Stay tuned because later this afternoon we will be sharing a recipe for Boozy Vegan Hot Cocoa to go with it! You don’t want to miss it! Be sure to tune in to Shudder this Friday, December 11th, to catch Joe Bob Saves Christmas! Also, let us know in the comments below what movies you think he’s going to show! 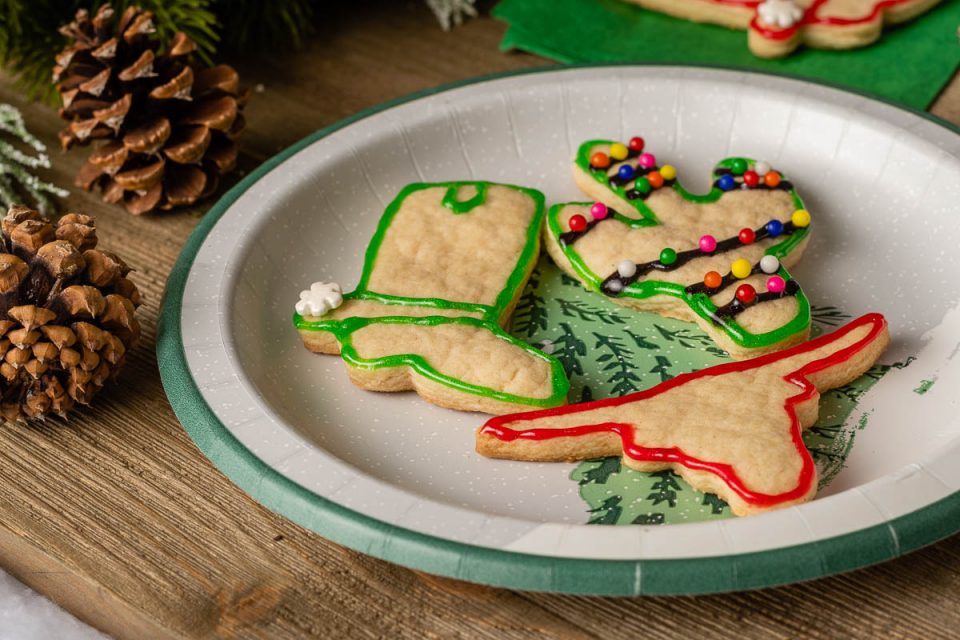 The Geeks are getting ready for Joe Bob Saves Christmas on Shudder with a recipe for Neon Vegan Christmas Cookies! 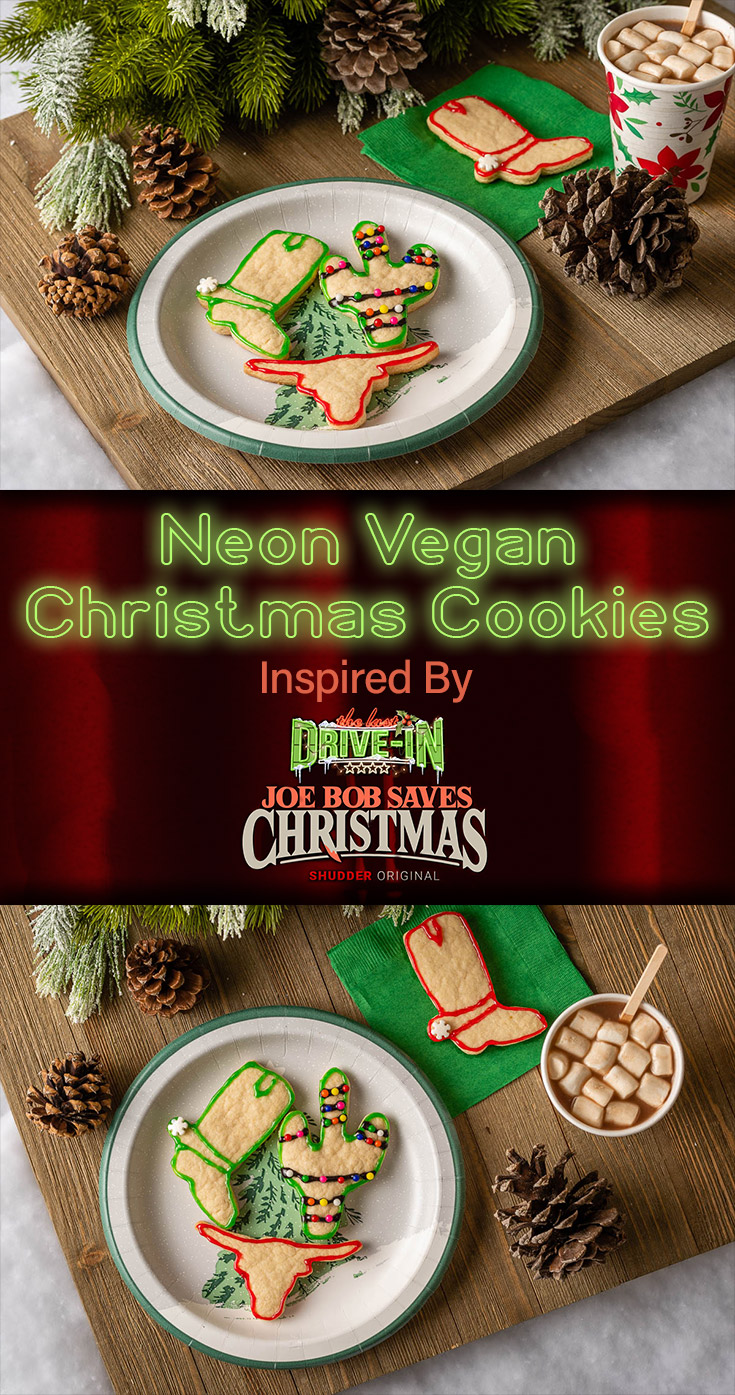