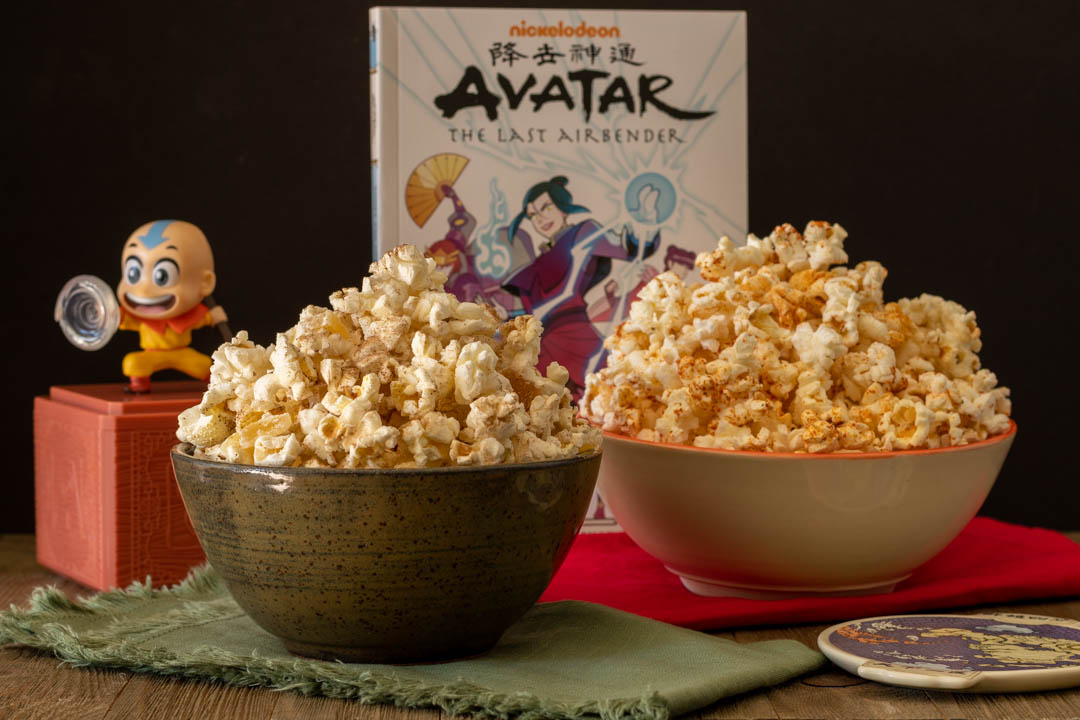 Our recipe for Avatar Adversaries Popcorn Duo is a Paid Promotion for Nickelodeon’s Avatar: The Last Airbender.

One of the fandoms we’ve been dying to cover is Avatar: The Last Airbender. So when Nickelodeon reached out to us to help promote their #AvatarAdversaries collaboration with BoxLunch we were definitely on board! To celebrate we did a bit of research and decided to create a duo of popcorn inspired by the Fire Nation and the Earth Kingdom!

In Avatar: The Last Airbender, “with the Fire Nation on the brink of global domination, a young girl and her brother discover a 12-year-old Airbender who reveals himself as the Avatar. Will this irresponsible kid accept his destiny in time to save the world?” 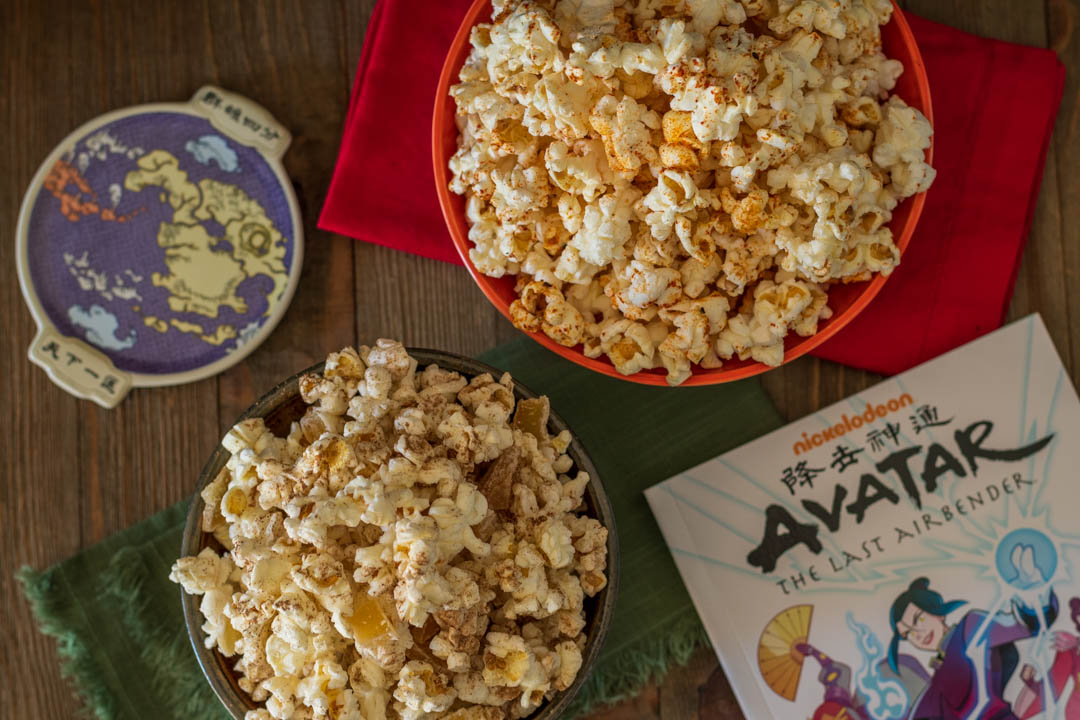 So obviously the inspiration for this popcorn duo came from the adversarial relationship between the Fire Nation and Earth Kingdom. We did a bit of research and looked into the various regional inspirations for the show. The Fire Nation is heavily inspired by Japan so we went spicy with togarashi. To cool it off a bit we used the Chinese influence of the Earth Kingdom to do a sweet five-spice flavored popcorn with candied ginger.

We hope you enjoy our Avatar Adversaries Popcorn Duo! Which of the two types is more your speed? Sweet or Spicy? If you want to get in on the fun, visit BoxLunch’s site for some awesome merch inspired by the show! Let us know in the comments below what other shows you’d love to see recipes for! 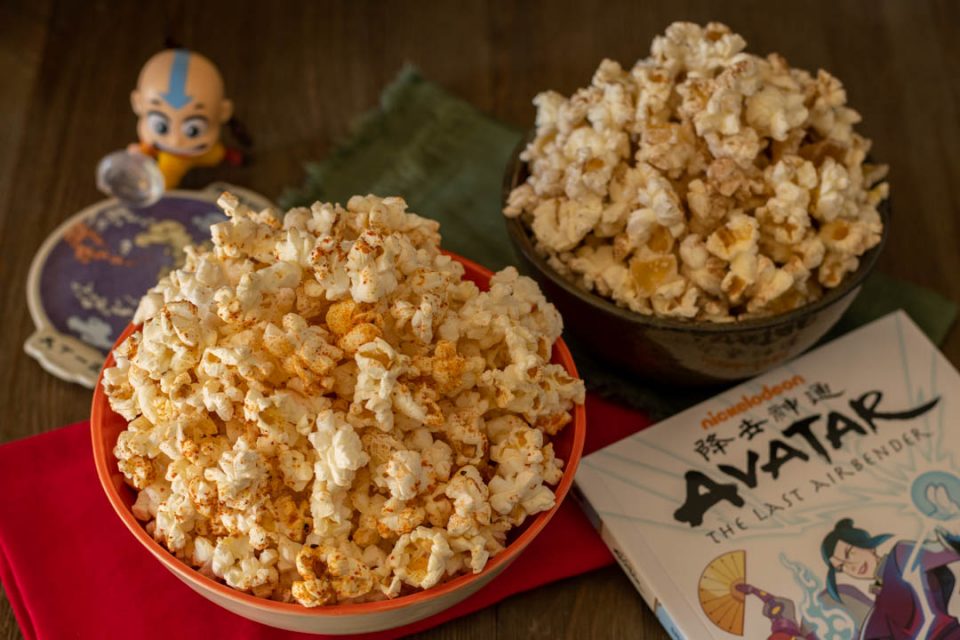 The Geeks have created a new sponsored recipe for an Avatar Adversaries Popcorn Duo inspired by the hit show Avatar: The Last Airbender.

For the Fire Nation Popcorn

For the Earth Kingdom Popcorn

For less heat in the Fire Nation popcorn, reduce the amount of togarashi.

*This is a Paid Promotion for Nickelodeon’s Avatar: The Last Airbender. All opinions are wholly our own. View our Disclosure Policy for more info. 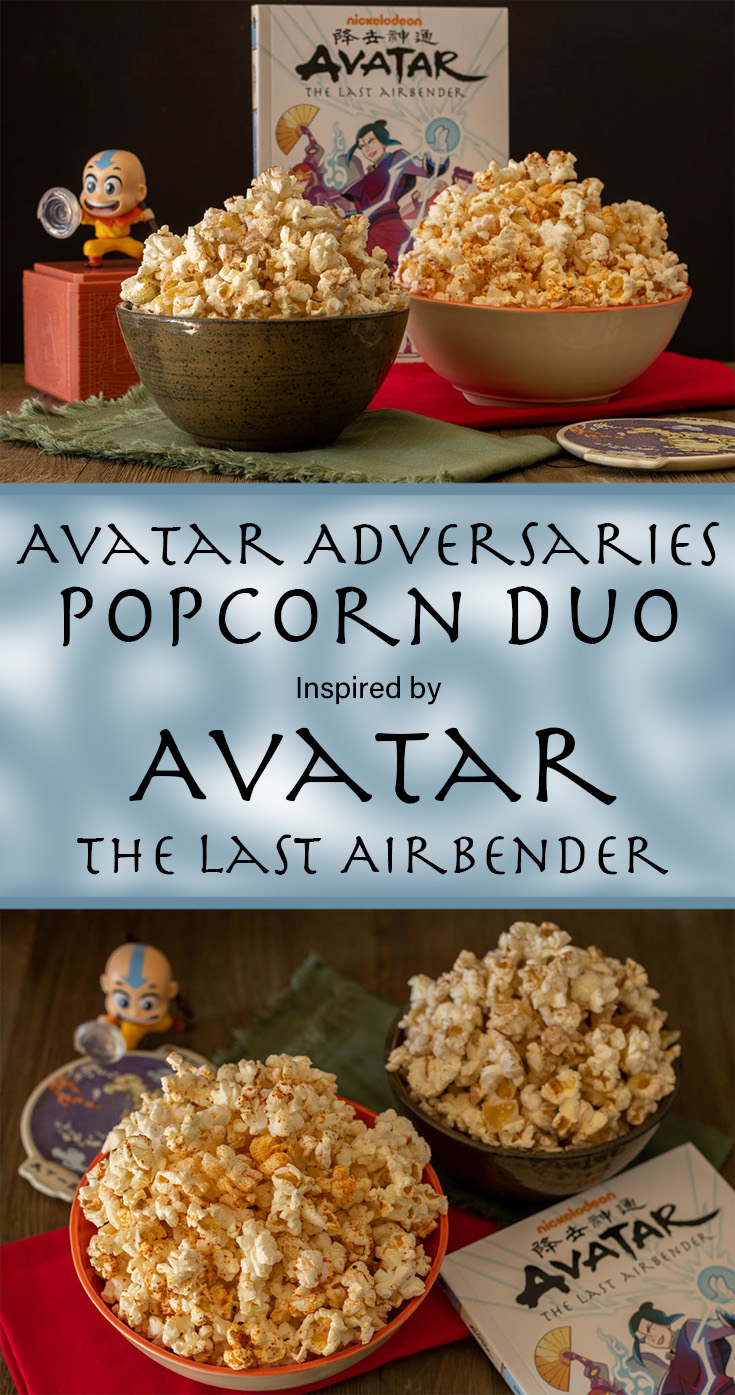 One Reply to “Avatar Adversaries Popcorn Duo Inspired by Avatar: The Last Airbender”