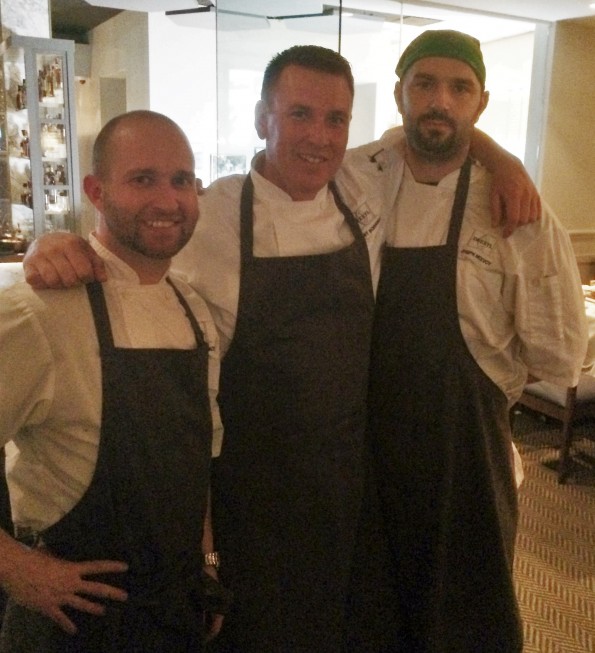 Recently we were invited to a media dinner at Drexyl Modern American. The menu at Drexyl Modern American is comprised of “seasonal, handcrafted dishes that reflect the melting pot of America, spanning Western- and Eastern-influences.” Behind the helm in the kitchen is Chef Robert Eckhardt. Eckhardt was trained at the Culinary Institute of America in Hyde Park, NY and has worked under renowned chefs like Roy Yamaguchi and Michael Mina. The menu reflects not only his classic French training but also his other restaurant experience. 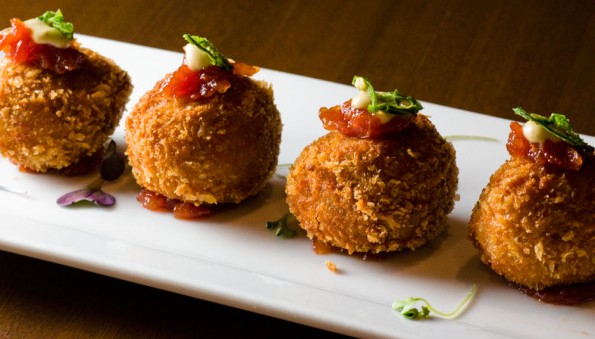 Our meal started with a sampling of three appetizers: The Chicken Arancini, Chef’s Board, and both variations of the Ahi Tuna Taco Trio. The arancini are not traditional and rather than having an Italian inspired flavor, they have a Latin flavor profile featuring a cilantro cream and candied jalapenos. While on the menu, the Chef’s Board might look like just another charcuterie board (which we have no qualms with) but it is anything but that. What is actually served is a gorgeous selection of meats, cheeses, and pickled vegetables (the cauliflower was divine!). The last appetizer we tried was the gluten free version of the Ahi Tuna Taco Trio (yay tacos!). The gluten free version uses a jicama shell instead of the crisp wonton wrapper. The jalapeno syrup paired with perfectly cooked ahi made these tacos a favorite in our book! 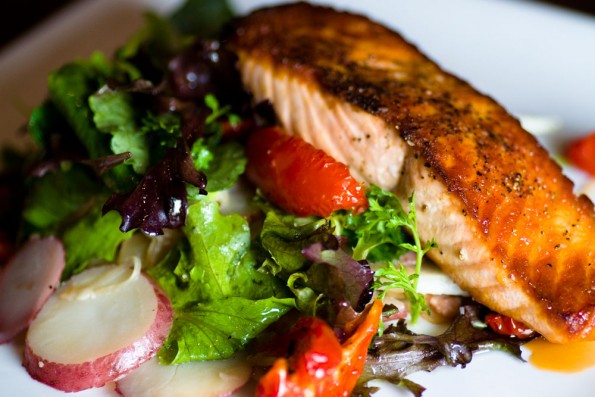 Following the appetizers, we were served two different salads: the Fresh Caprese Salad and the Seared Salmon Salad. Both salads had a sort of German influence to them. The Caprese with the pretzel croutons and the Seared Salmon with the red bliss potatoes and warm bacon vinaigrette. The Caprese was very well executed but the Seared Salmon Salad was the star of the salad course. The hidden potatoes with the warm bacon vinaigrette were very reminiscent of a warm German Potato salad (and let me tell you, the leftovers were amazing cold). The salmon was cooked perfectly and well seasoned as well. 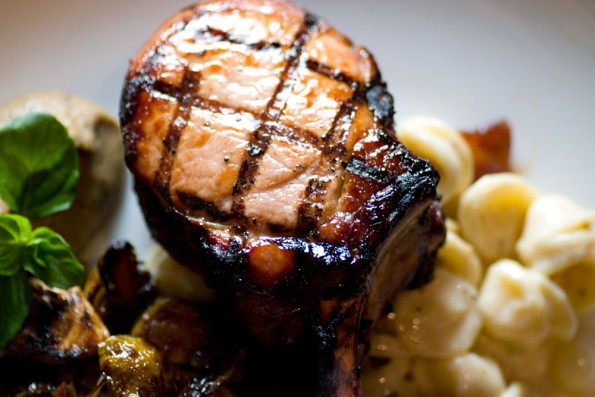 For the entree course we were treated to several great choices including: Jade Pesto Halibut, Pacific Coast Sole and the Heritage Pork Chop. All three entrees showcased Chef Eckhardt’s culinary background and talent. The sauces reflected his classic French training. They were all well balanced and paired. They were also indicative of the well rounded cuisine at Drexyl Modern American. The multi-regional flare of the entrees was everything that numerous chain restaurants try to perfect yet seldom do. The sides served with these entrees were equally as fantastic. The Truffle Goat Cheese Orrechiette was fabulous! Pasta cooked just right and the sauce was rich and decadent.

To wrap up our already amazing meal we tried three 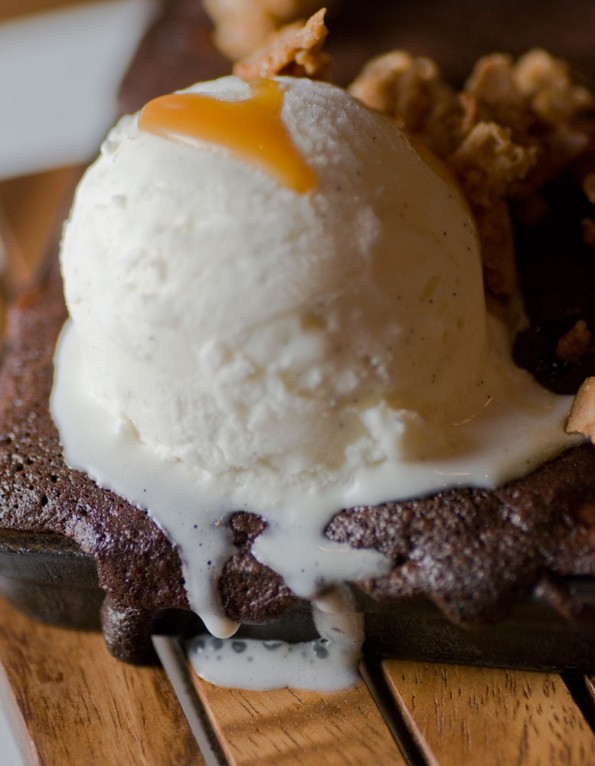 desserts: Bread Pudding, Local Gelato Tasting (chocolate, coconut, strawberry and vanilla), and the Salted Caramel Brownie. The gelato was whimsical and fun; who doesn’t love a dessert with sprinkles? The Salted Caramel Brownie was ooey gooey perfect. The bourbon pretzel crumble was unique, unexpected and the perfect touch. The bread pudding was cooked exactly the way you’d expect a bread pudding to be prepared and the maple whiskey butter sauce was out of this world!

Our experience at Drexyl Modern American was phenomenal. We were really excited to have this opportunity to try them out and we definitely will be back! If what we tried is any indication of the rest of the menu, there is definitely something for every taste. Have you been to Drexyl Modern American? What was your favorite thing on the menu? We’d love to hear! Leave a comment below or use the hashtag #GeekEats on Twitter!

*The Geeks participated in a media dinner in order to facilitate this write-up; However, opinions are wholly our own. View our Disclosure Policy for more info.