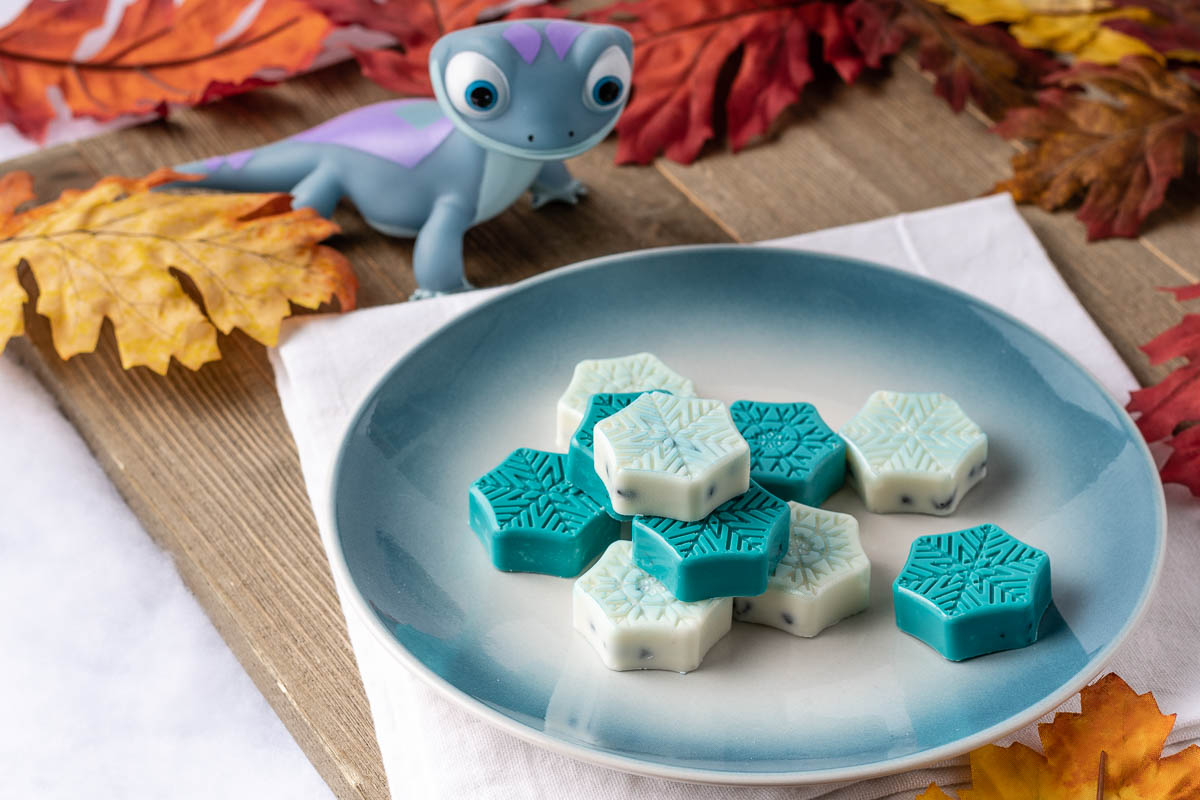 Our recipe for Elsa’s Vanilla Blueberry Bites is a Paid Promotion for Walt Disney Studios’ Frozen 2.

Today’s the day! Frozen 2 is finally available on Blu-ray (we are physical media collectors)! We were asked to create a new recipe for the film. Much like our Arendelle Spice Cake, we decided to go the sweet route. Thus, we created our recipe for Elsa’s Vanilla Blueberry Bites.

“Why was Elsa born with magical powers? The answer is calling her and threatening her kingdom. Together with Anna, Kristoff, Olaf, and Sven, she’ll set out on a dangerous but remarkable journey. In “Frozen,” Elsa feared her powers were too much for the world. In “Frozen 2,” she must hope they are enough.”

For Elsa’s Vanilla Blueberry Bites, we were inspired by the color palette of Elsa’s outfits as well as her snow flurries. These bites are super simple to make and any silicone snowflake mold will work. You can also use any variation of blue meltables and luster dust.

We hope you enjoy venturing into the unknown of Frozen 2 with our recipe for Elsa’s Vanilla Blueberry Bites! Frozen 2 is now available on Digital and Blu-ray! Let us know in the comments below your favorite character from Frozen 2!

Servings:  30-40 bites depending on the size of your mold. 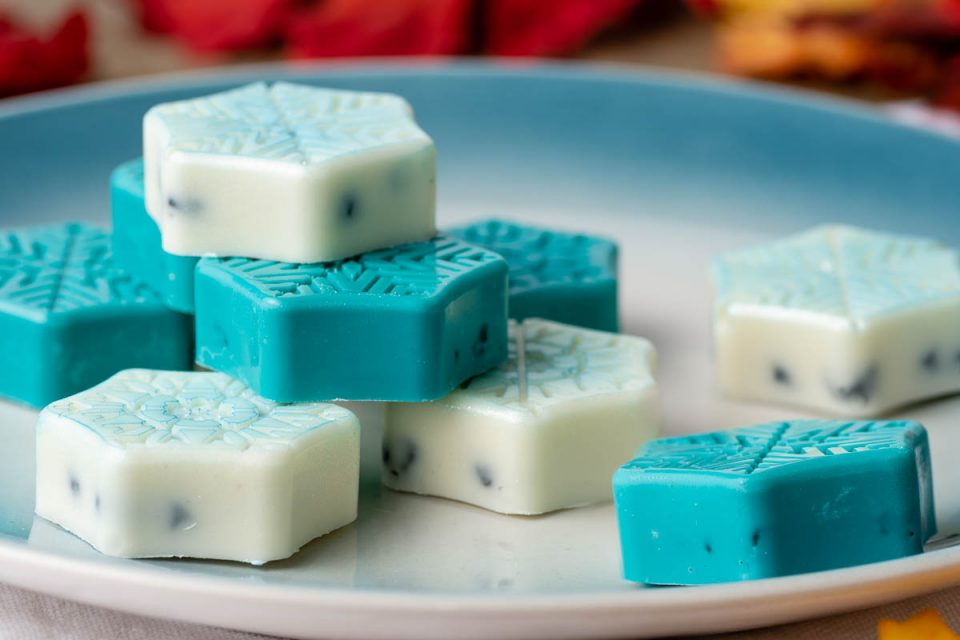 Frozen 2 is now out on Digital and Blu-ray! The Geeks have created a tasty treat, Elsa's Vanilla Blueberry Bites, perfect for venturing into the unknown!

*This is a Paid Promotion for Walt Disney Studios’ Frozen 2. All opinions are wholly our own. View our Disclosure Policy for more info. 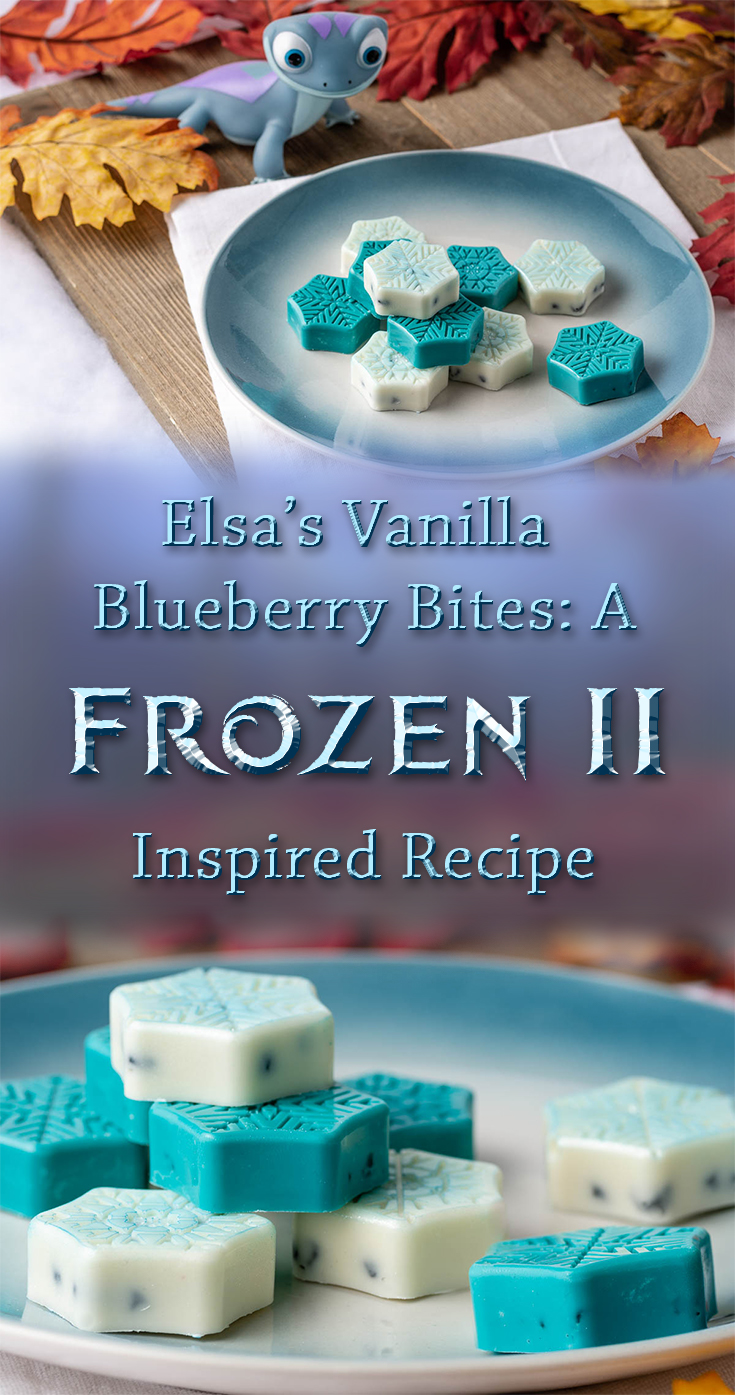