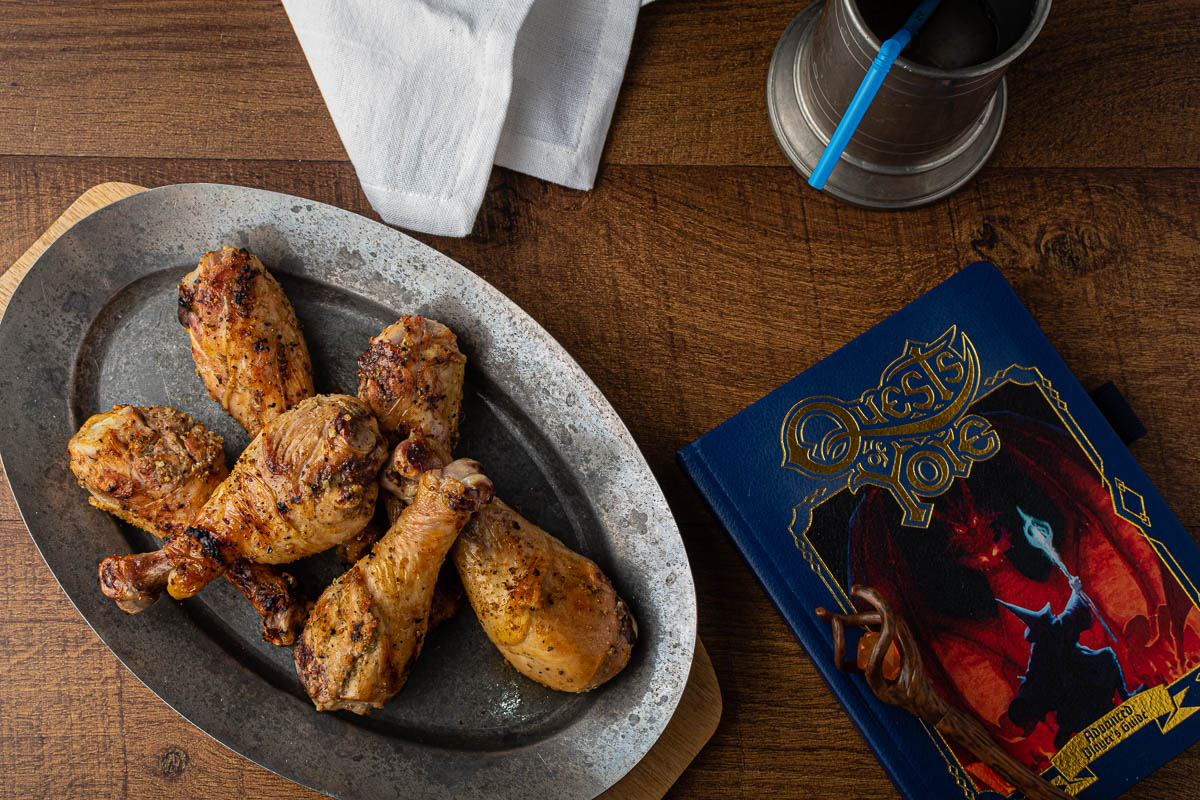 Now I know we aren’t the only ones who get excited when Pixar releases a new film. We are beyond excited for their latest release, Onward. We even checked out the van, Guinevere, when it came to town! Of course, this means we created a brand new recipe, Manticore Tavern Drumsticks! Not only that but we have a great giveaway so read on!

“Set in a suburban fantasy world, Onward introduces two teenage elf brothers, Ian and Barley Lightfoot (voices of Tom Holland and Chris Pratt), who embark on an extraordinary quest to discover if there is still a little magic left out there. Also featuring the voice of Julia Louis-Dreyfus as Ian and Barley’s mom, Laurel Lightfoot, and Octavia Spencer as the voice of the Manticore, Pixar Animation Studios’ all-new original feature film is directed by Dan Scanlon and produced by Kori Rae—the team behind Monsters University.” 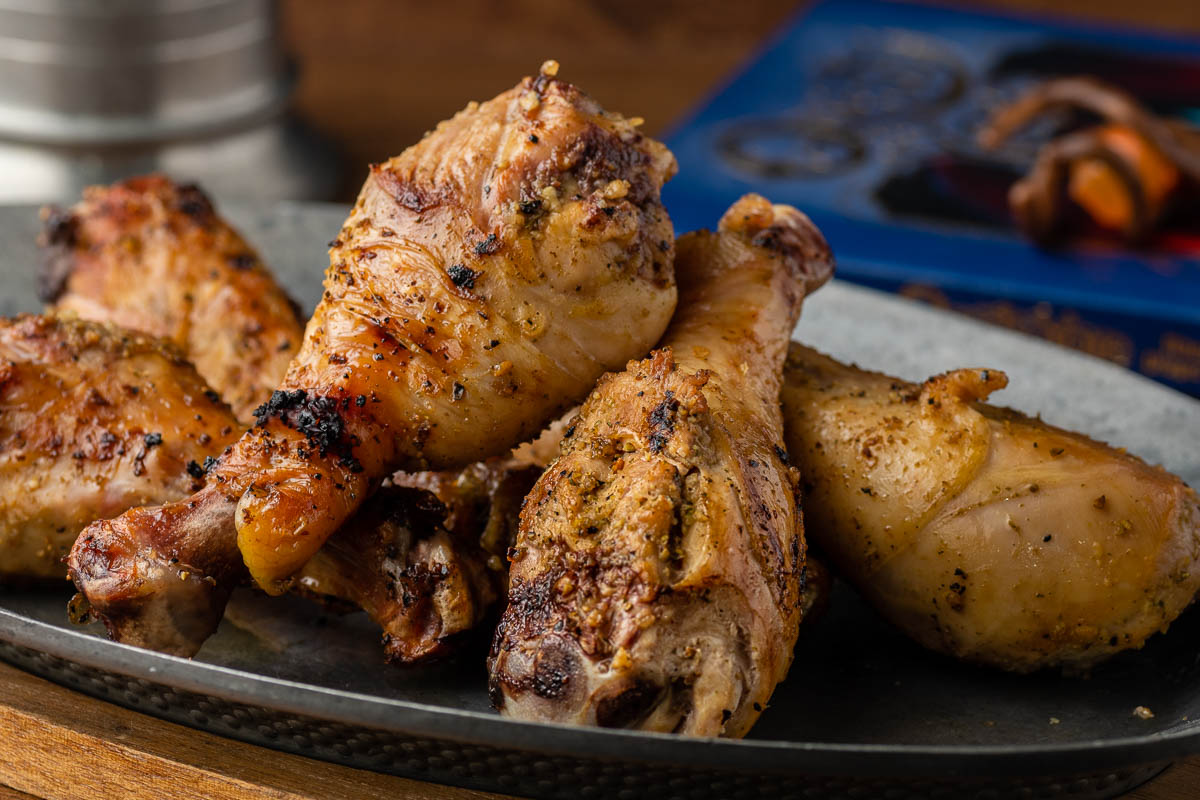 The inspiration for our Manticore Tavern Drumsticks came from the trailer. Corey is serving what looks like a large drumstick. We thought it would be fun to create a healthy and family-friendly version of this that doesn’t take too long. Liquid Smoke is the secret weapon! You can get the flavor of smoked meat in a fraction of the time.

Now that you have a recipe for a Manticore Tavern favorite, we are giving away 5 Family 4-Packs of VIP Advanced Screening Passes to an advanced showing of Onward! The showing will be held at Harkins Tempe Marketplace on Tuesday, March 3rd. The screening starts at 7 pm and the winners should arrive at 6:15 in order to guarantee their seating. Winners will be selected on Monday, March 2nd. Good luck! Also, let us know what other Disney recipes you’d like to see us create in the comments below! 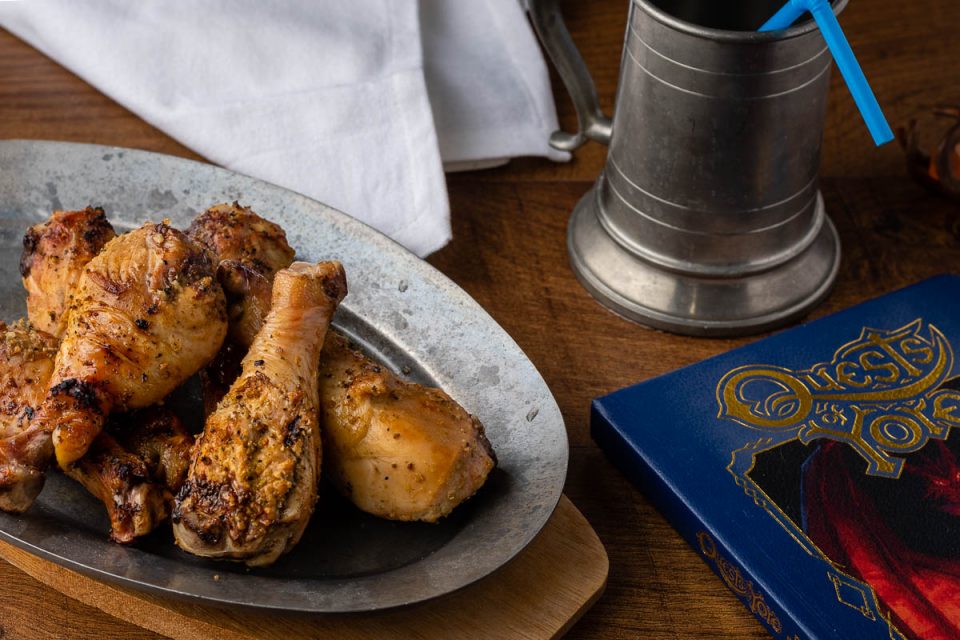 In celebration of the release of Pixar's latest film Onward, The Geeks have created a recipe for Manticore Tavern Drumsticks, inspired by Corey's tavern.

*The Geeks received no compensation to facilitate this recipe; opinions are wholly our own. Screening tickets provided by Fingerpaint Marketing. View our Disclosure Policy for more info. 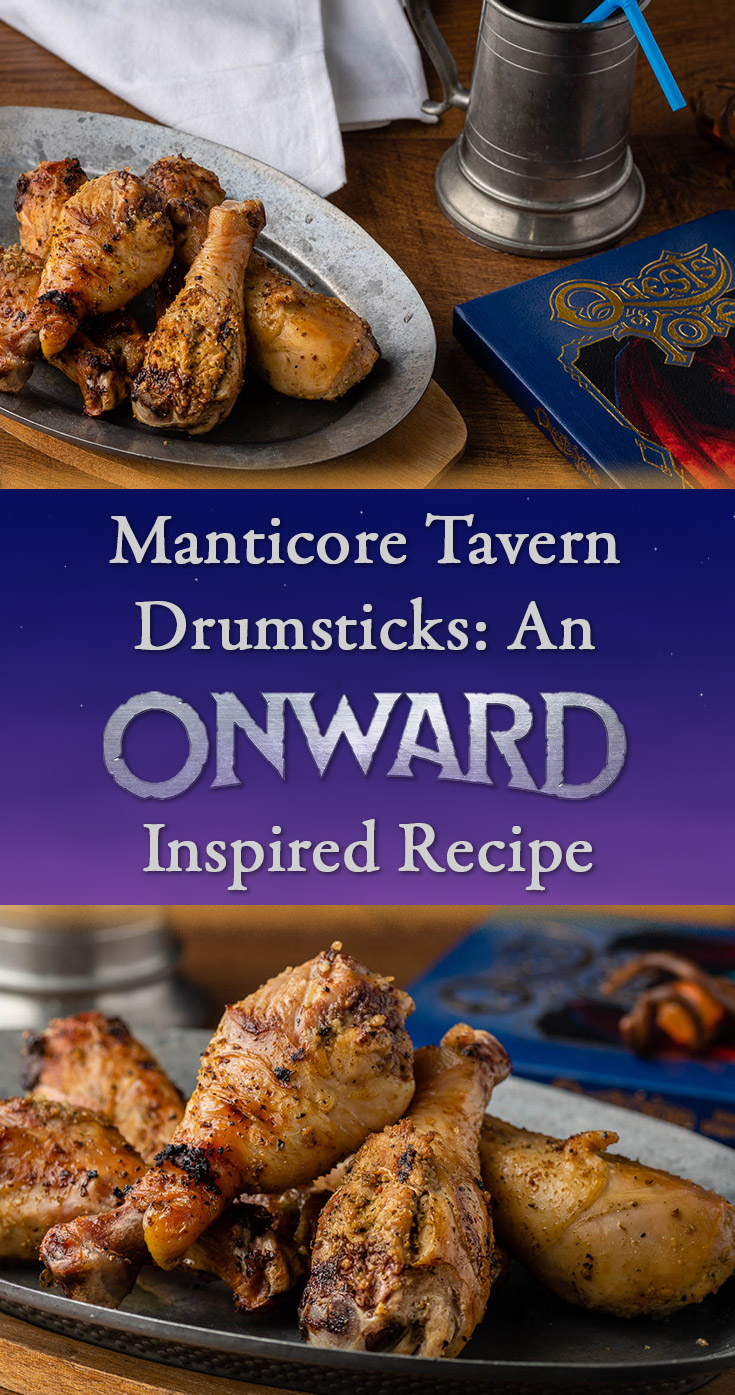