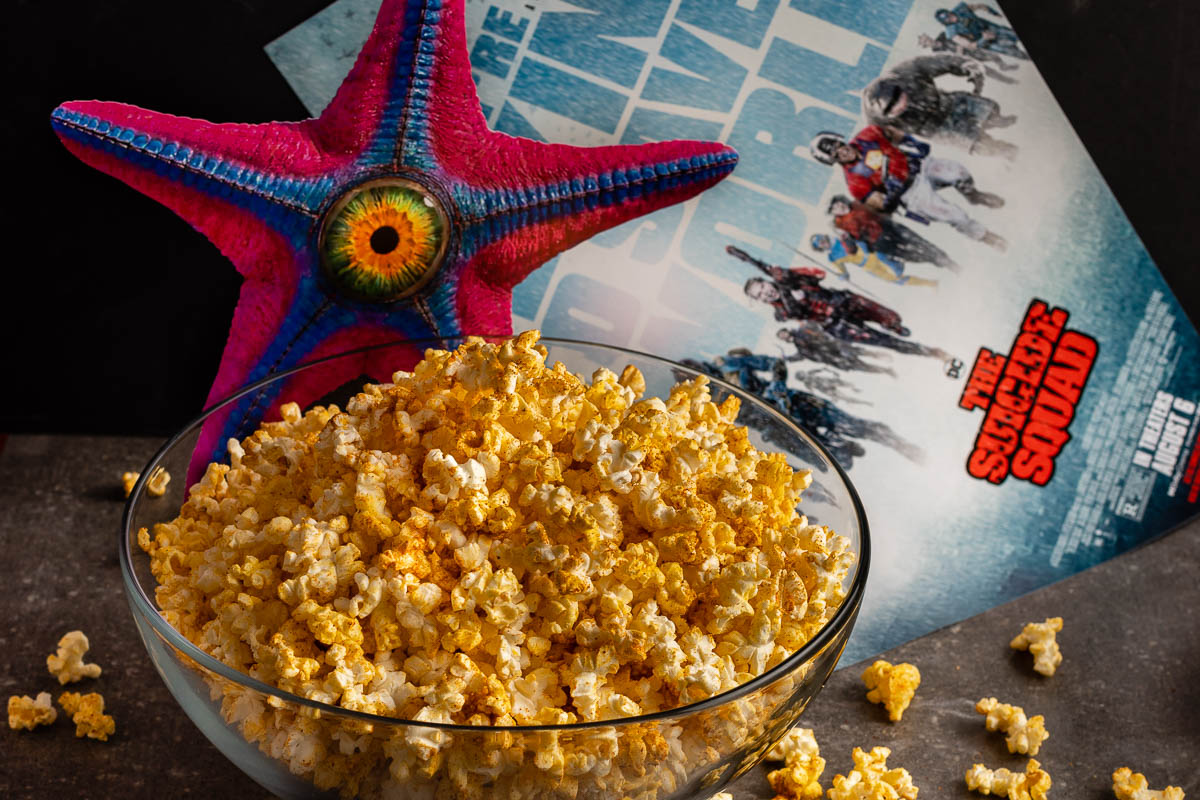 We love a good superhero movie. They are great, how do we put it, popcorn flicks. What goes better with a popcorn flick than popcorn?! We’ve come up with a new popcorn recipe inspired by The Suicide Squad (don’t forget the THE). With James Gunn at the helm and The Geeks in the kitchen, this team-up has to be good right? We also have a fantastic giveaway that you’re going to love, so read on!

Here is what we know about The Suicide Squad.

Welcome to hell—a.k.a. Belle Reve, the prison with the highest mortality rate in the US of A. Where the worst Super-Villains are kept and where they will do anything to get out—even join the super-secret, super-shady Task Force X. Today’s do-or-die assignment? Assemble a collection of cons, including Bloodsport, Peacemaker, Captain Boomerang, Ratcatcher 2, Savant, King Shark, Blackguard, Javelin, and everyone’s favorite psycho, Harley Quinn. Then arm them heavily and drop them (literally) on the remote, enemy-infused island of Corto Maltese. Trekking through a jungle teeming with militant adversaries and guerrilla forces at every turn, the Squad is on a search-and-destroy mission with only Colonel Rick Flag on the ground to make them behave…and Amanda Waller’s government techies in their ears, tracking their every movement. And as always, one wrong move and they’re dead (whether at the hands of their opponents, a teammate, or Waller herself). If anyone’s laying down bets, the smart money is against them—all of them.” 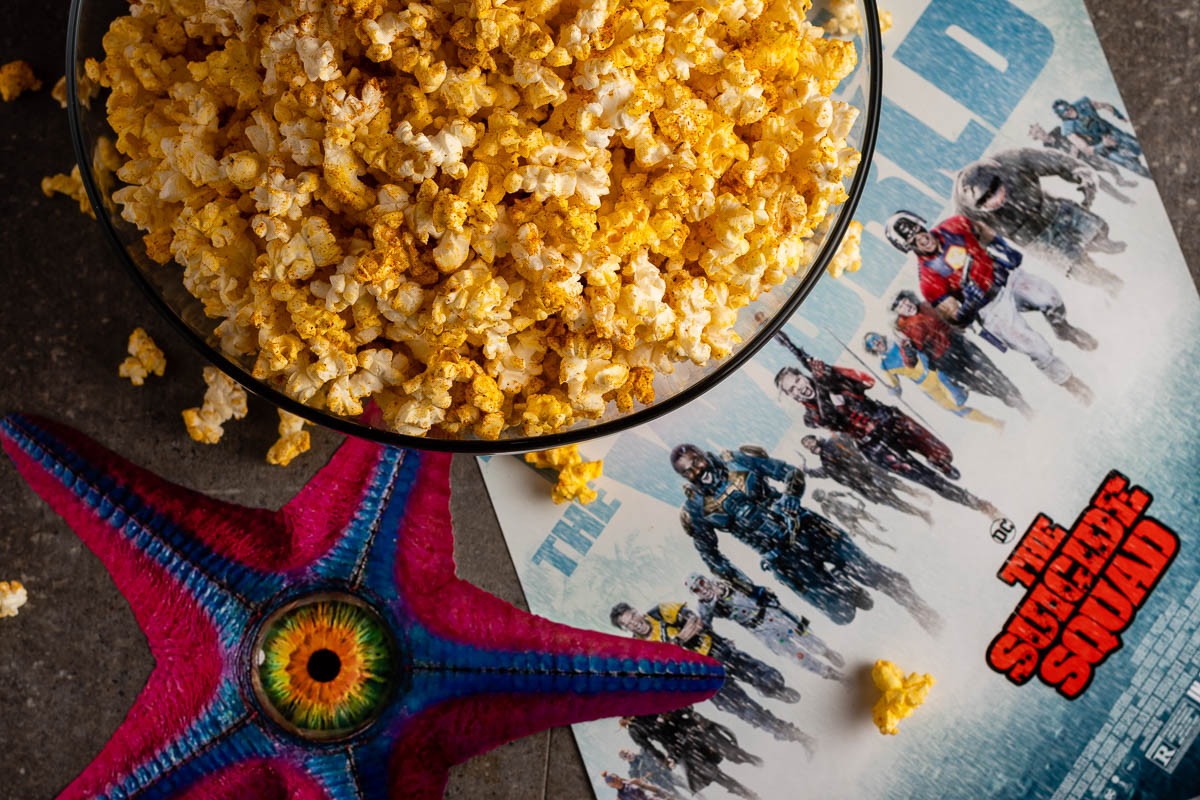 So you’re probably asking what empanadas have to do with the film right? Well, all we can tell you is that intel tells us that they are a prominent fixture in the film. The squad heads to Corto Maltese, a small fictional island off the coast of South America. Instead of trying to recreate a recipe we have no experience with, we decided to take those flavors and use them on popcorn! After all, as we mentioned above, The Suicide Squad is a popcorn flick, isn’t it?

As if an awesome popcorn recipe wasn’t enough, here is the fun part! We are giving away 4 Squad Packs of VIP Screening Passes to an advanced showing of The Suicide Squad on our Facebook page! Each pack will contain 5 tickets. Even better is that we are doing giveaways for BOTH Phoenix and Las Vegas! The Phoenix showing will be held at Arizona Mills IMAX on Tuesday, August 3rd. The screening starts at 7 pm and the winners should arrive at 6:15 in order to guarantee their seating. The Las Vegas showing will be held at AMC Town Square at 7:30 pm on Tuesday, August 3rd and winners will need to arrive by 6:45 pm. Winners for both cities will be selected on the morning of Monday, August 2nd. Good luck!

Empanada Flavored Popcorn: A Recipe Inspired by The Suicide Squad 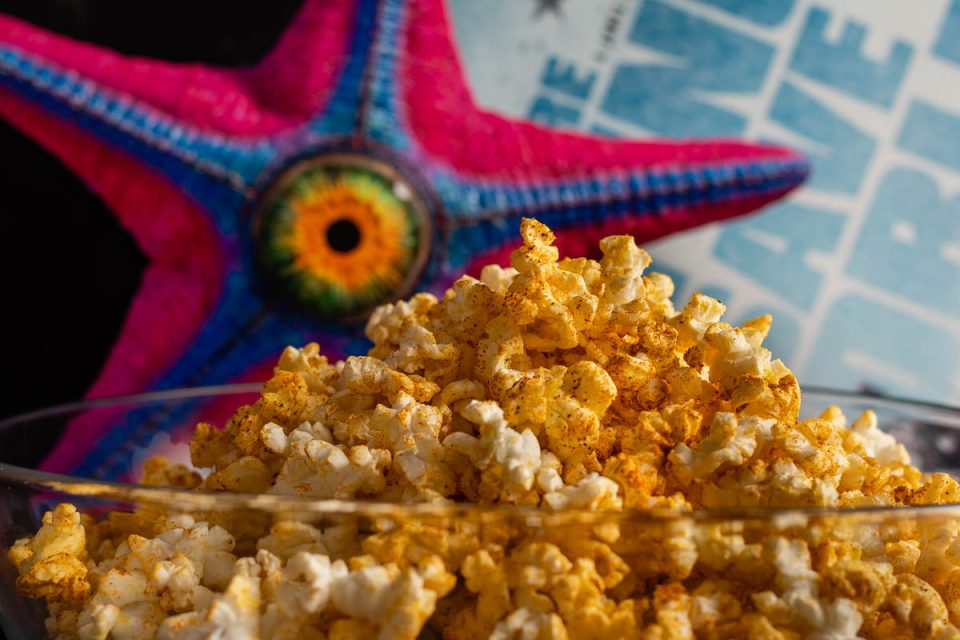 To get ready for the release of The Suicide Squad, The Geeks have come up with an empanada flavored popcorn, inspired by the film!

This recipe makes enough seasoning blend for about 3 bags of microwave popcorn.

*The Geeks received no compensation to facilitate this write-up; opinions are wholly our own. Run of Engagement Passes provided by Allied Marketing. View our Disclosure Policy for more info. 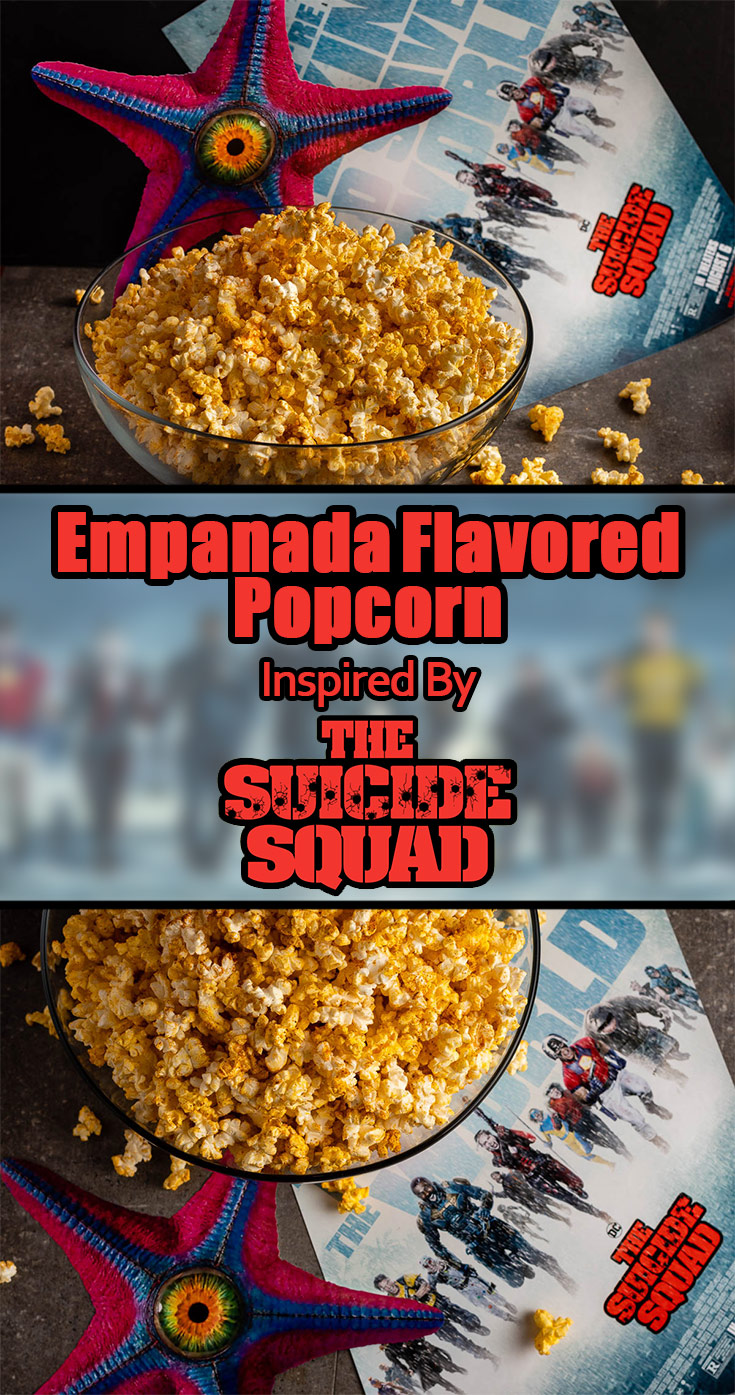