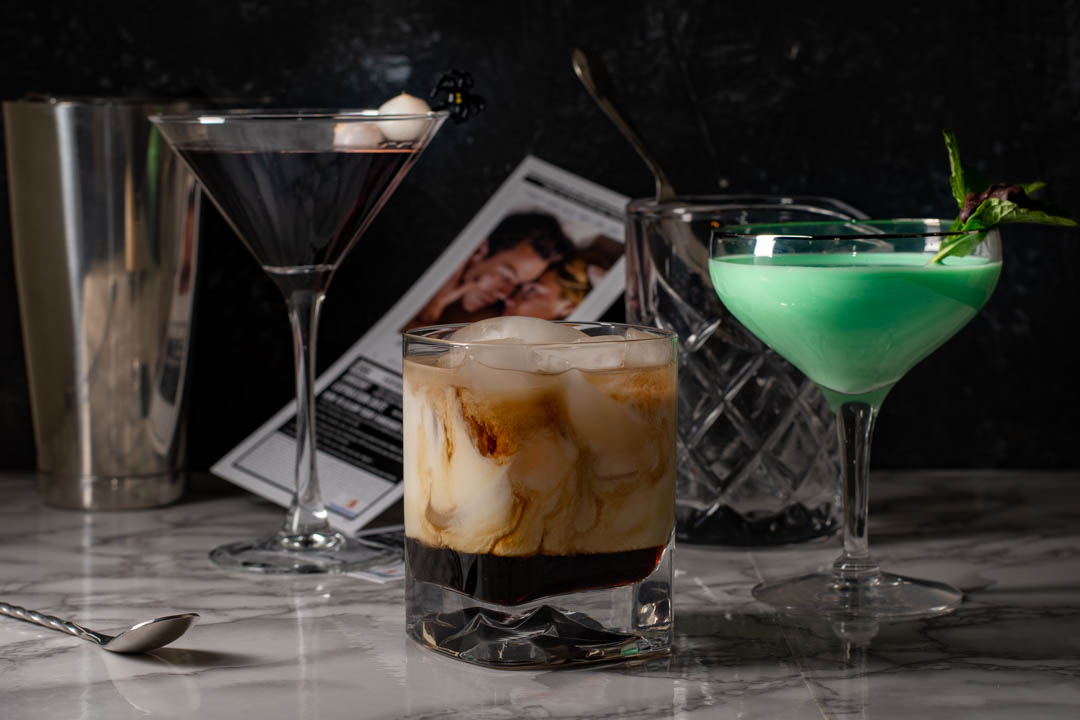 We love a good thriller! Our love of Florence Pugh is also no secret. The incredible actress is starring in the latest from Warner Brothers, Don’t Worry Darling. Since this film is all about things being not what they seem or even a little creepy, we thought it would be a blast to take popular ’50s cocktails and show you how to make them in unexpected or creepy ways!

In Don’t Worry Darling, “a 1950s housewife living with her husband in a utopian experimental community begins to worry that his glamorous company may be hiding disturbing secrets.”

There are several ’50s cocktails that were popular during the time period of the film. We chose 3 that would be the most fun to play around with. Each link will give you the basic recipe and below that we will tell you how we modified them in unexpected ways!

Sometimes simplicity is key. If you want to make this cocktail creepy or unexpected, use black vodka. If you can find it, Blavod is a great option for this. Otherwise, you can always try to make your own. We also used cocktail onions as a garnish which is definitely not an expected choice! 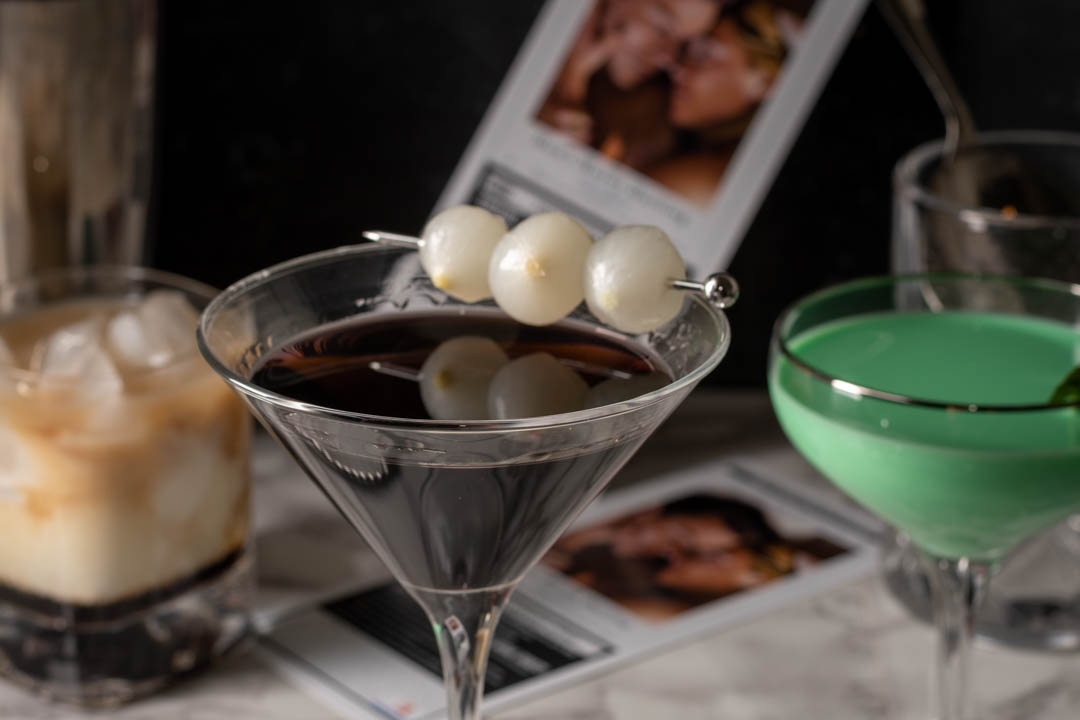 The name says it all! To make the Grasshopper creepier, we used chocolate-coated cricket clusters instead of chocolate shavings in our garnish. You can leave these off for those who are less adventurous! 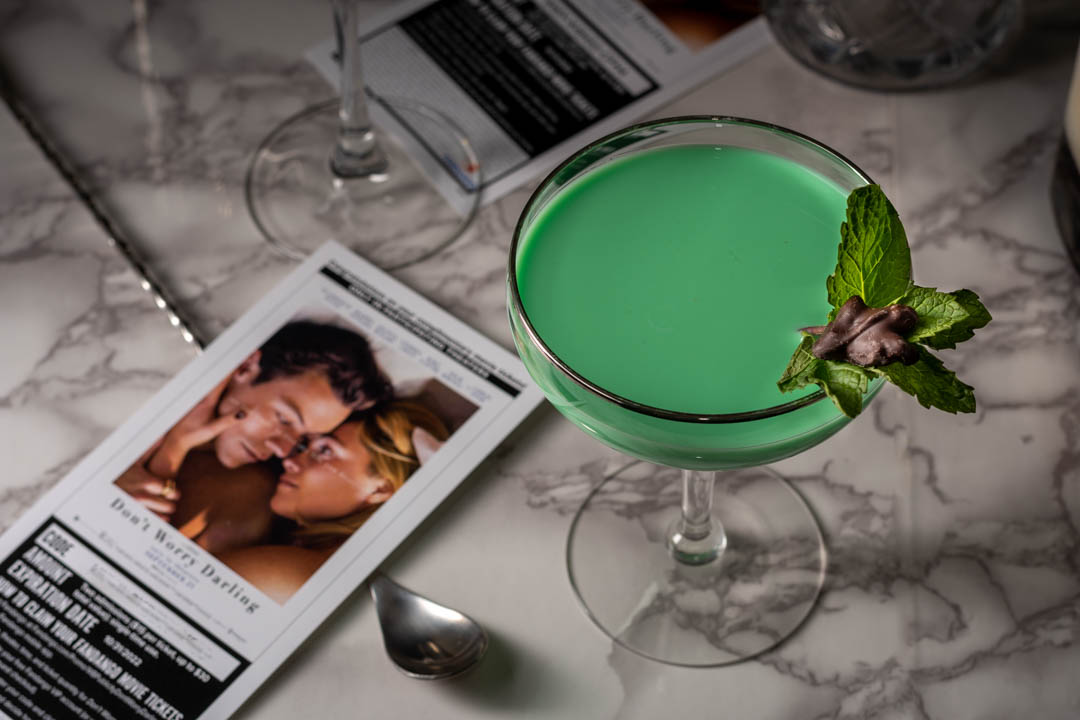 For the White Russian, we kept it fairly tame. Instead of standard vodka, we used pumpkin spice vodka. This is fun for Halloween or the fall season in general. It is also a nice twist for those who aren’t excited to try something more extreme. 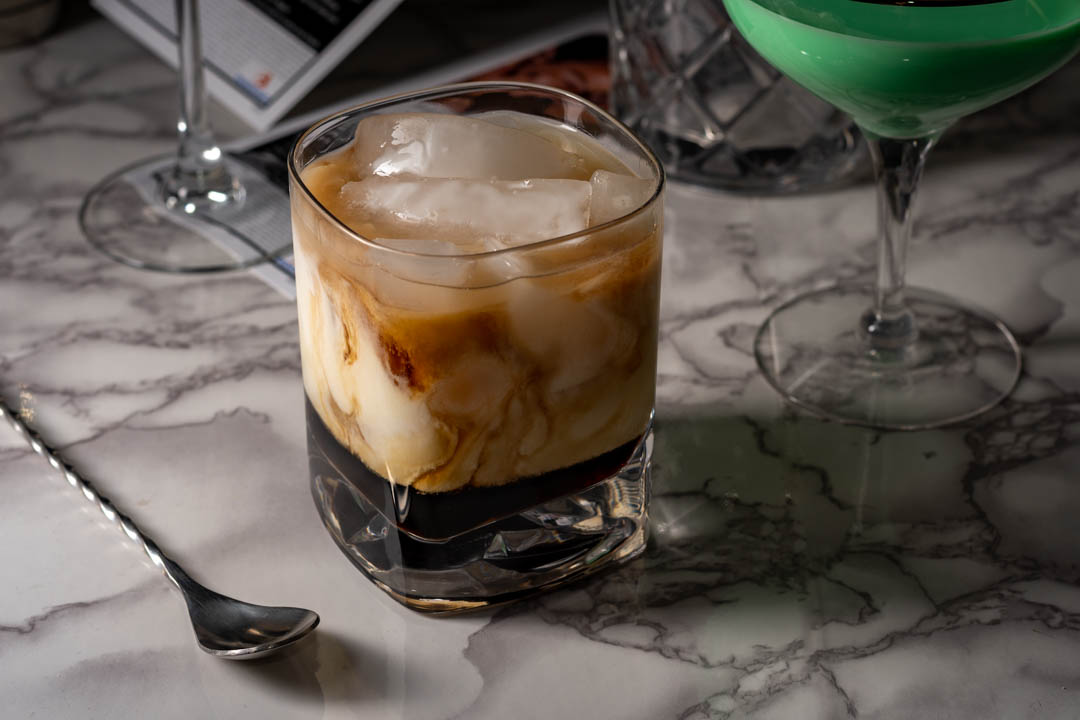 We hope you have fun trying these cocktails during the upcoming spooky season! We also have a maybe not-so-unexpected treat for you! We will be giving away 6 Fandango codes over on Twitter to see Don’t Worry Darling which opens this Friday. Each code is good for two tickets for the film (up to $30 total) and is good for any showing of the film at any location/date/time, before October 31st. Winners will be picked by 5 pm Friday evening!

*The Geeks were not compensated to facilitate this write-up; Opinions and recipes are wholly our own. View our Disclosure Policy for more info.