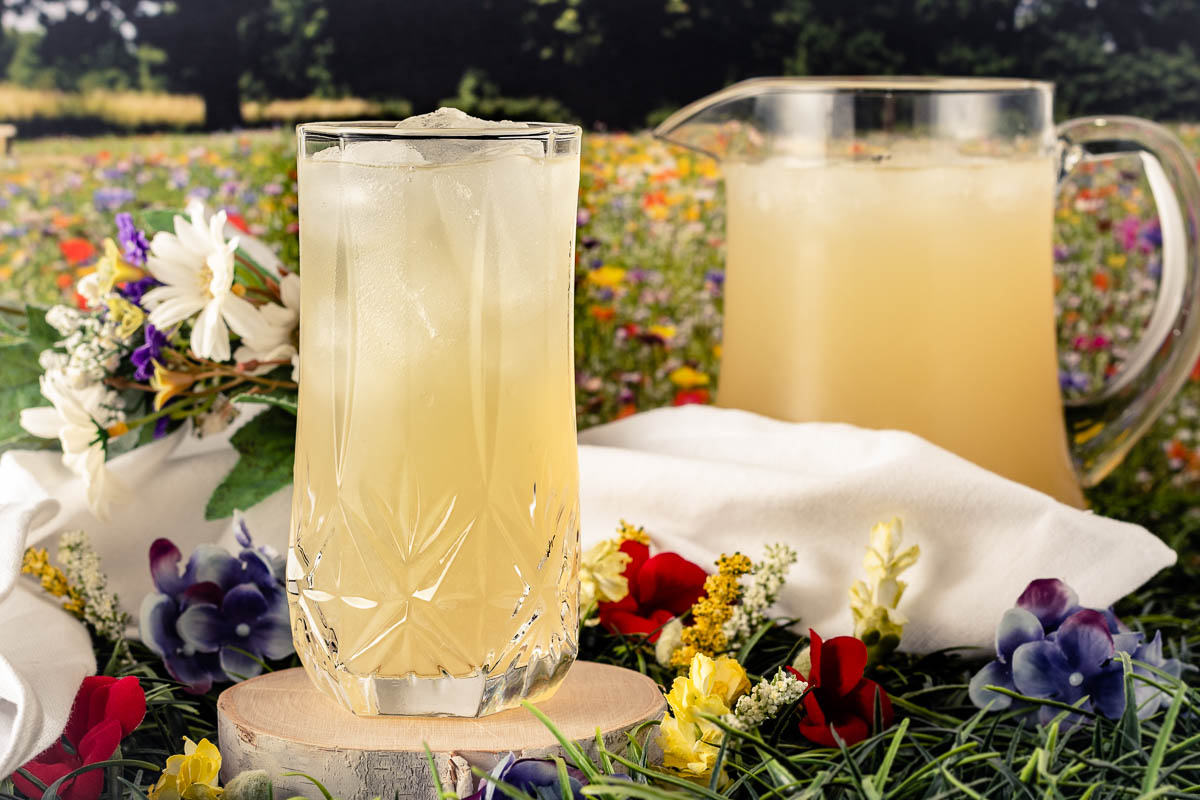 Our recipe for May Queen Lemonade is a Paid Promotion for A24’s Midsommar.

We promised you another Midsommar inspired recipe and here we are. This time we have a cocktail to pair with our Hårgan Meat Pies. Our May Queen Lemonade is the perfect beverage for a movie night or a Midsummer celebration, especially if you aren’t a fan of aquavit.

In Midsommar, “after a family tragedy, a young American couple joins some friends at a midsummer festival in a remote Swedish village. What begins as a carefree summer holiday takes a sinister turn when the insular villagers invite their guests to partake in festivities that grow increasingly unnerving and viscerally disturbing.”

Bonus features for Midsommar include: 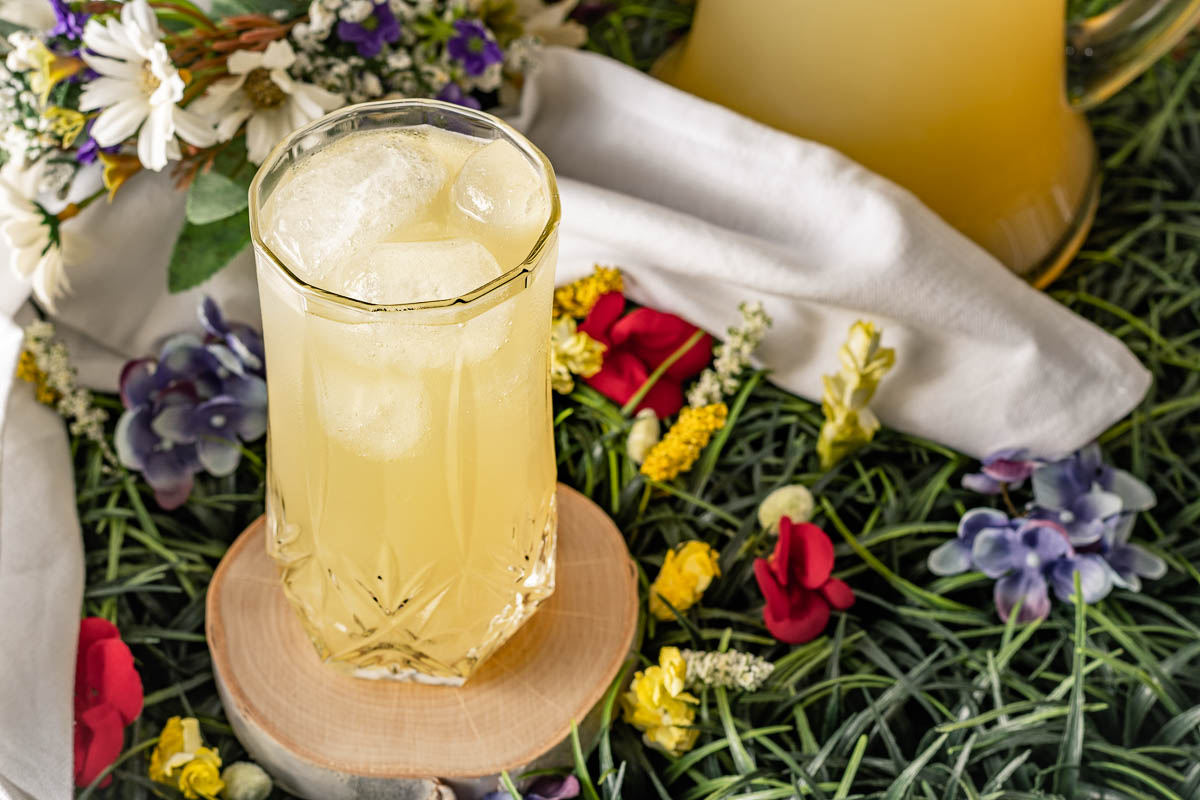 The inspiration for our May Queen Lemonade came from the beverage the group drinks in the movie. While we couldn’t figure out exactly what it was, we noticed a few things. First, it appeared to be either tea or lemonade based on the color. Next, we saw what looked like flowers in the bottom of the pitcher. With those things in mind, we decided to combine all of these items. The honey chamomile tea-infused vodka is easy to make and is a delicious addition to the cocktail.

We hope you’ve enjoyed both of our Midsommar inspired recipes. If you are a fan of Ari Aster, be sure to also check out our Hereditary inspired recipe! Be sure to tag us on social media or use the hashtag #GeekEats if you try them out. We’d love to see the photos! Midsommar is now available on Digital and Blu-Ray so be sure to pick up your copy! 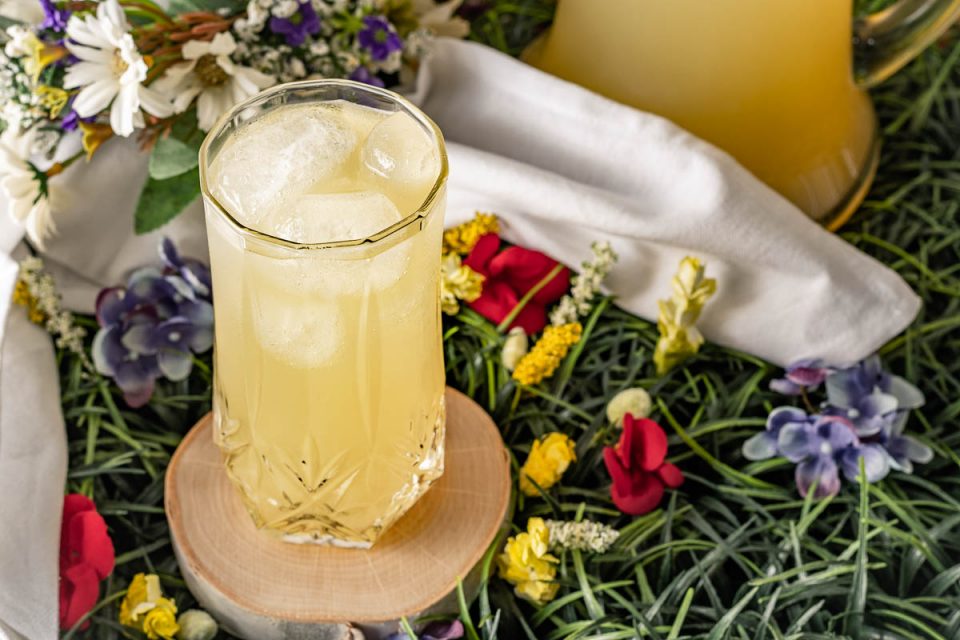 To mark the blu-ray release of Midsommar, The Geeks have created 2 brand new recipes, the 2nd of which is their May Queen Lemonade  similar to the drink seen in the movie!

*This is a Paid Promotion for A24’s Midsommar. All opinions are wholly our own. View our Disclosure Policy for more info. 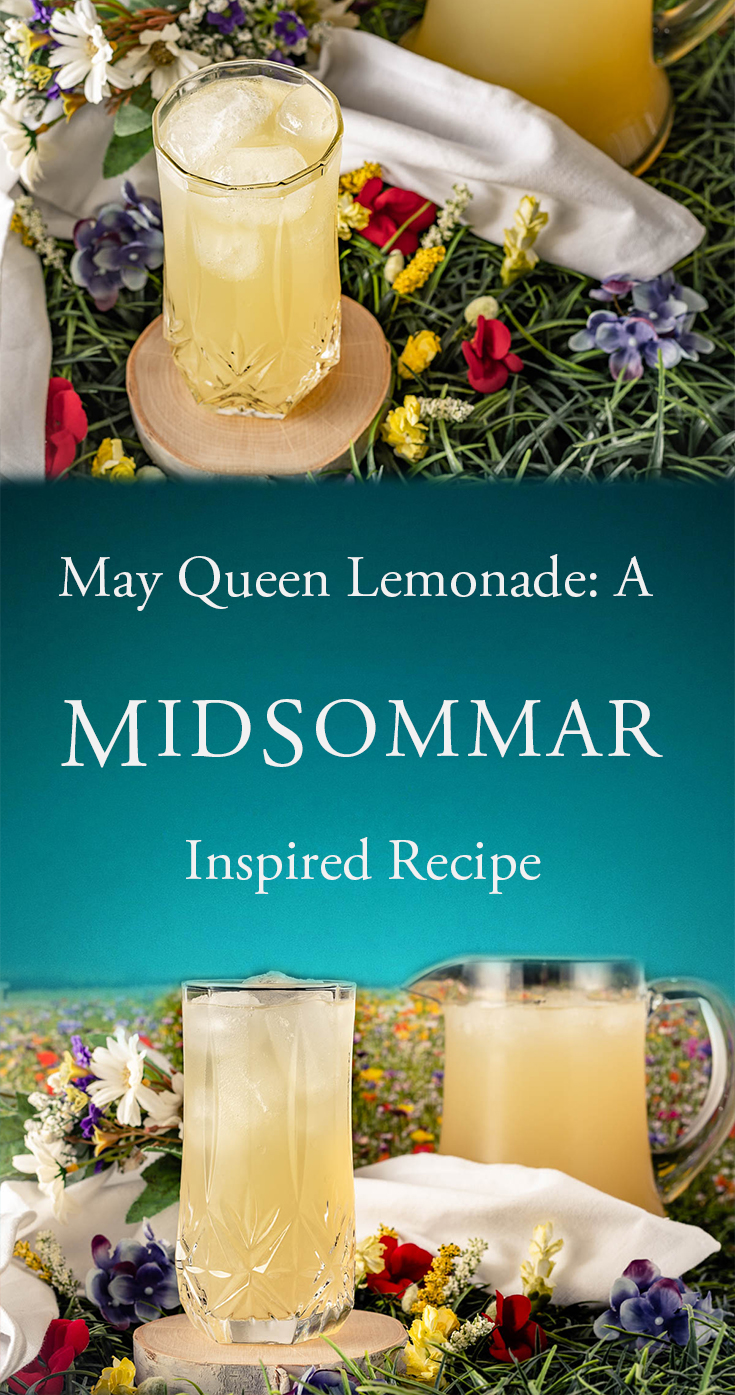