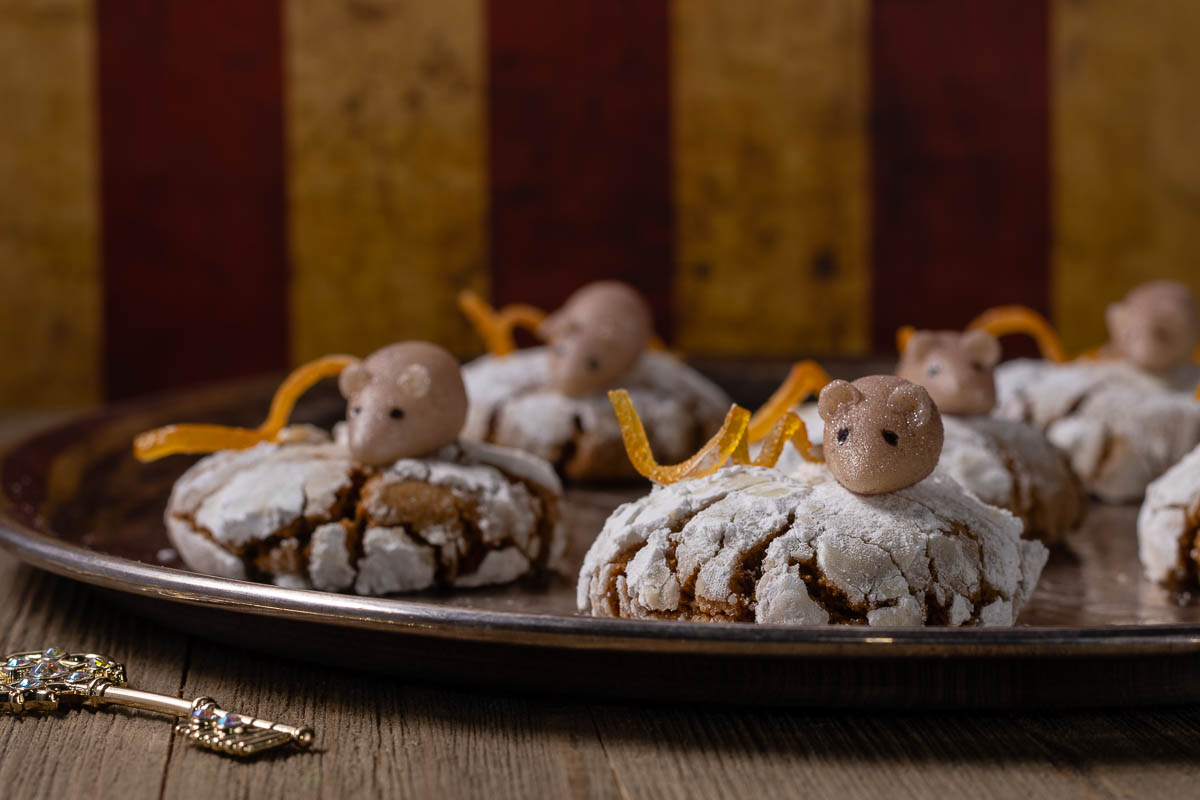 Our recipe for Mother Ginger Crinkle Cookies is a Paid Promotion for Walt Disney Studios’ The Nutcracker and the Four Realms.

The holidays may be over, but that doesn’t mean there can’t still be a bit of holiday magic left over. One of the films we wanted to create a recipe for this past Christmas was The Nutcracker and the Four Realms. Due to circumstances beyond our control, we were unable to. So when Walt Disney Studios reached out and asked as to create a cookie recipe for the film we couldn’t say no! Our Mother Ginger Crinkle Cookies are the perfect treat to cozy up with for a movie night at home! Read through the post to find out how you could win a digital copy of The Nutcracker and the Four Realms for your very own movie night!

In The Nutcracker and the Four Realms, “all Clara (Mackenzie Foy) wants is a key – a one-of-a-kind key that will unlock a box that holds a priceless gift. A golden thread, presented to her at godfather Drosselmeyer’s (Morgan Freeman) annual holiday party, leads her to the coveted key—which promptly disappears into a strange and mysterious parallel world. It’s there that Clara encounters a soldier named Phillip (Jayden Fowora-Knight), a gang of mice and the regents who preside over three Realms: Land of Snowflakes, Land of Flowers and Land of Sweets. Clara and Phillip must brave the ominous Fourth Realm, home to the tyrant Mother Ginger (Helen Mirren), to retrieve Clara’s key and hopefully return harmony to the unstable world.”

The home release of The Nutcracker and the Four Realms includes the following bonus features: 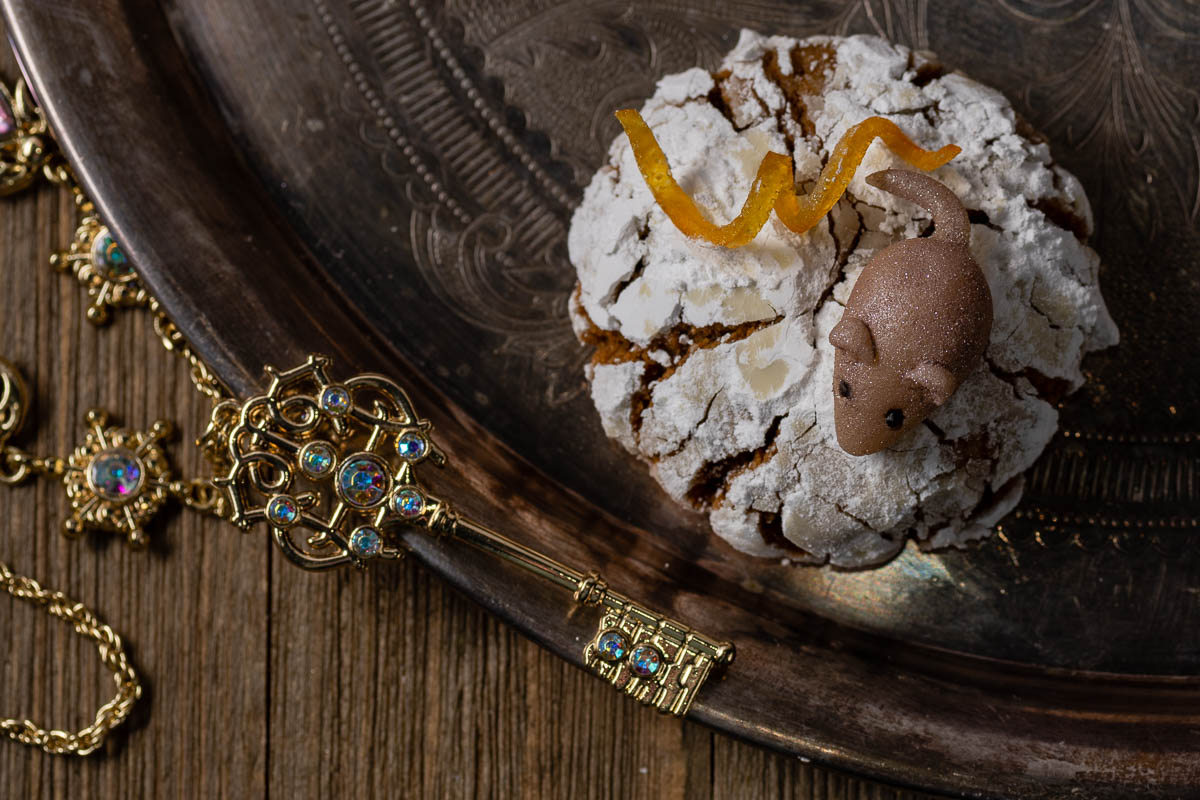 We love bonus features in general and these are no exception. We really enjoyed all of the bonus features, especially the interview with Misty Copeland.

The inspiration for our Mother Ginger Crinkle Cookies comes from Helen Mirren’s character. Crinkle cookies are the perfect representation of her face. The mice and orange peel curls are also part of her character visually. Be prepared though, these cookies are not only visually striking but are addicting as well! You won’t want to stop eating them!

Mother Ginger Crinkle Cookies: A Recipe Inspired by The Nutcracker & the Four Realms 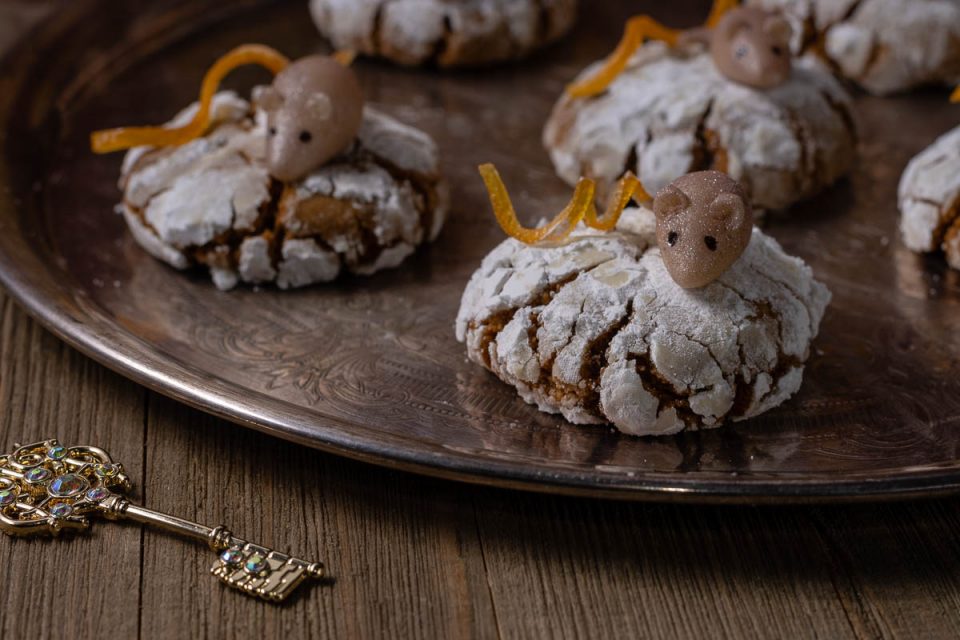 Excited for the Blu-ray release of The Nutcracker and the Four Realms, The Geeks have created a recipe for Mother Ginger Crinkle Cookies. These cookies are sure to impress!

For the Garnish (Marzipan Mice and Candied Orange Curls) 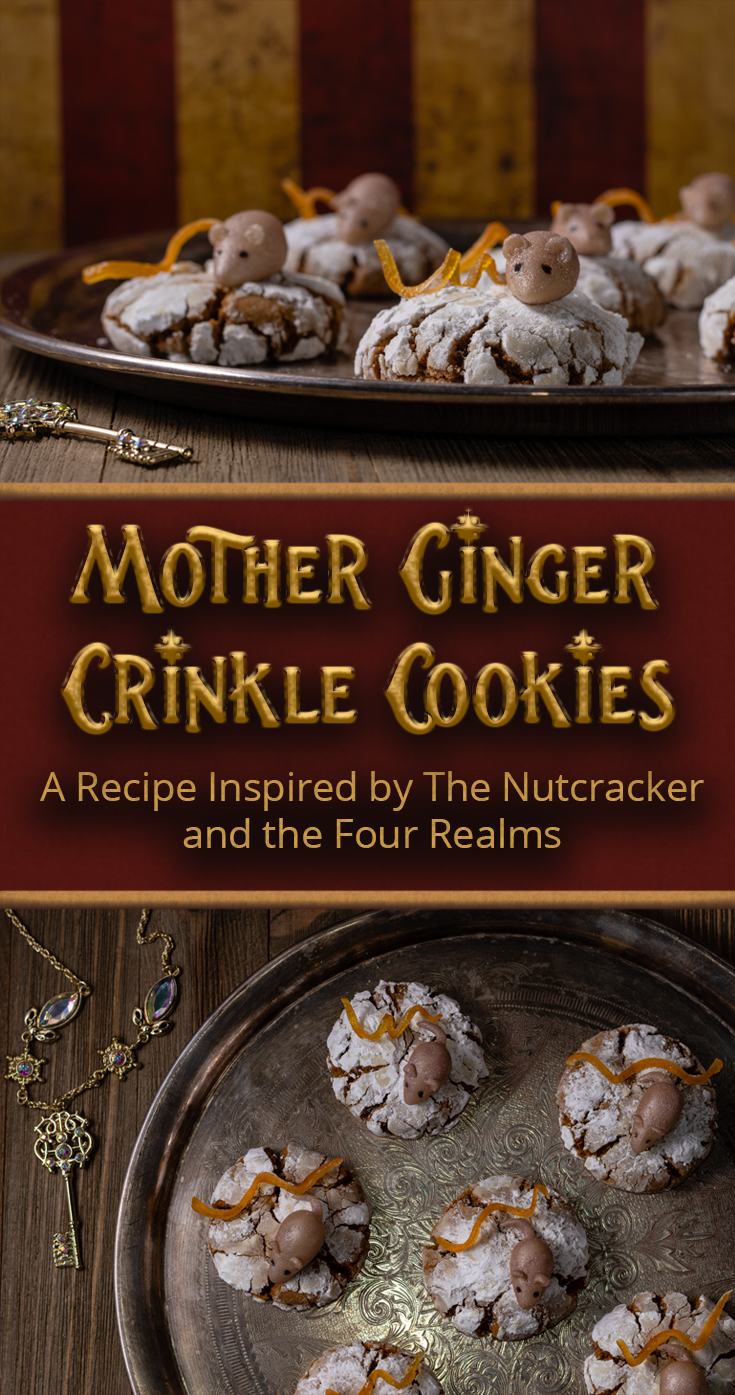 *This is a Paid Promotion for Walt Disney Studios’ Mother Ginger Crinkle Cookies. All opinions are wholly our own. Giveaway digital copies of Peter Pan provided by Fingerpaint Marketing. View our Disclosure Policy for more info.

One Reply to “Mother Ginger Crinkle Cookies: A Recipe Inspired by The Nutcracker & the Four Realms”