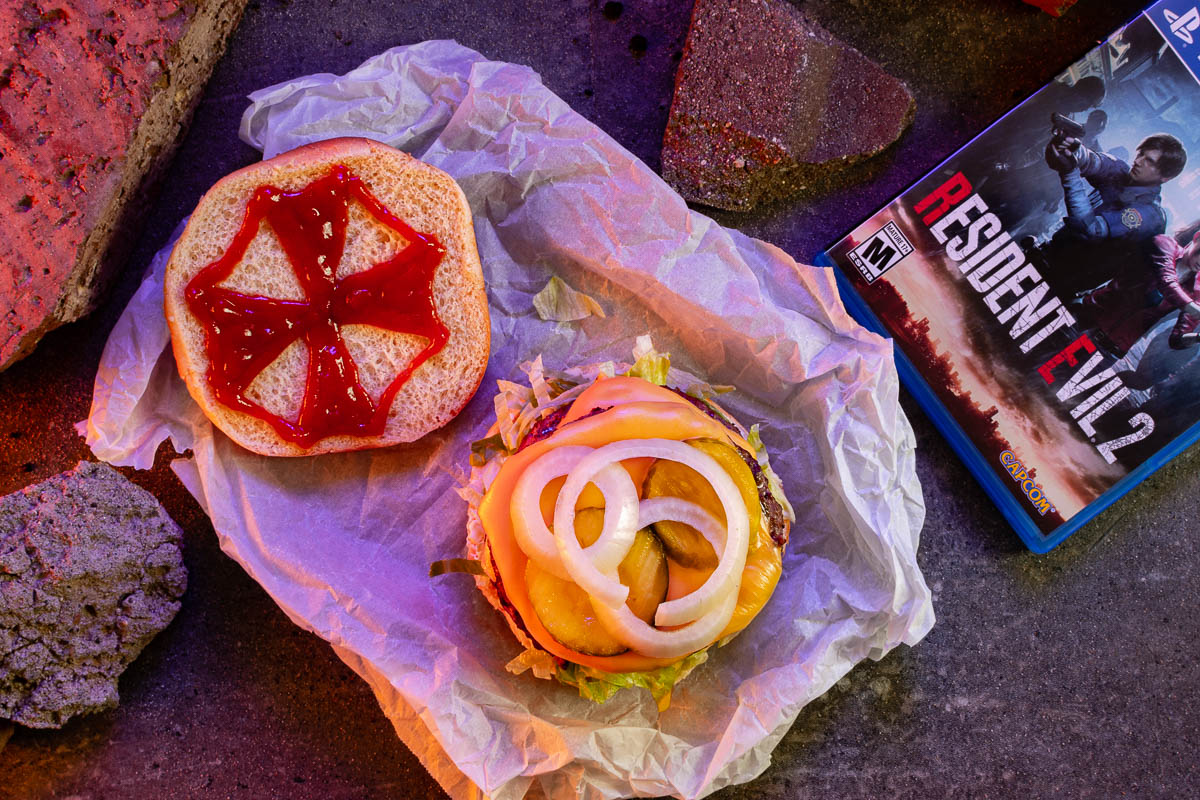 It’s the release week of Resident Evil: Welcome to Raccoon City! We’ve been completely stoked for this release. Sarah is preparing her ranking for Spooky Sarah Says and to get ready she watched every release both animated and live-action. She even went as far as to watch our friend Justin stream Resident Evil 2 (go give his Twitch channel a follow!). From there we discovered a few things, first off, we love Leon S. Kennedy! Sarah has become quite the stan. Secondly, the game (and the newest film) open with an unnamed trucker eating a burger! We knew we had to recreate it! Not only that, but we had the opportunity to interview the voice of Leon S. Kennedy from the Resident Evil 2 remake, Nick Apostolides!

In case you’re not familiar, Resident Evil 2 is a 1998 survival horror video game developed and published by Capcom for the PlayStation, however, it was recently remade. The player controls Leon S. Kennedy and Claire Redfield, who must escape Raccoon City after its citizens are transformed into zombies by a biological weapon two months after the events of the original Resident Evil.

As we mentioned, we had the incredible opportunity to interview Nick Apostolides, the voice of Leon S. Kennedy in Resident Evil 2 as well as in Resident Evil: Infinite Darkness (which we highly recommend). So let’s get started, shall we?

It’s a legitimate dream come true. As a 23 year fan, it’s hard to express the honor I feel to be asked to step into such shoes, and collaborate on the creation of an entry or two in your favorite series…. I’ve been in a surreal state for 5 years now! 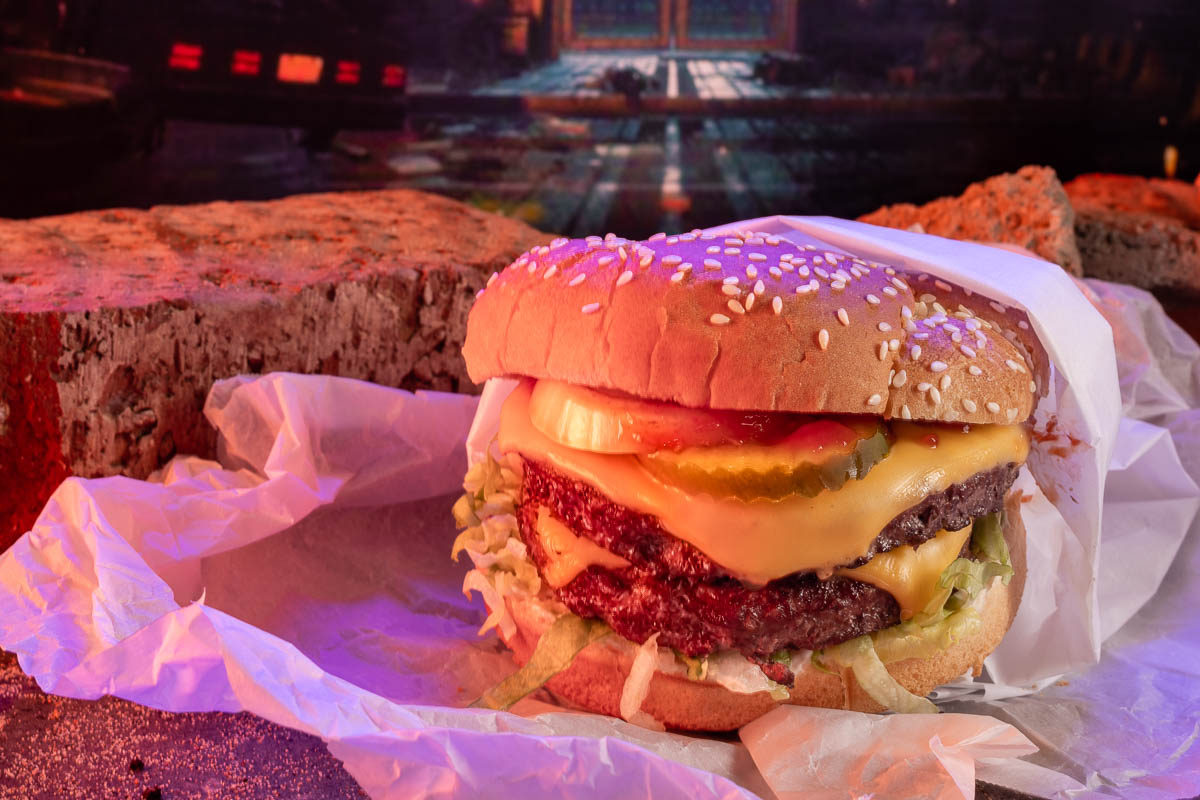 The most potent memory I have is the first time I ever saw an RE game. My buddy had me over his place when I was 14. We turned on RE2 on Playstation, I chose Leon and I’ll never forget that first opening…. trying to survive the burning streets of Raccoon City as zombies rise from the flames….. ugh……. That takes the cake. It started it all.

Definitely want it for the right reasons, and work at it HARD. Just “dabbling” won’t get you any progress. It’s a high-risk / high-reward facet of the industry, it’s competitive and it’s very fun. Learn everything you can, practice often, and research what it entails to pursue a career in it.

I love to cook Italian cuisine the most, I think. Chicken or fish in a lemon-wine piccata sauce, spicy bolognese sauce, pasta with sauteed vegetables, breaded cutlets, grilled meats, and prime rib…. Oh, and a nice Pecan Pie. 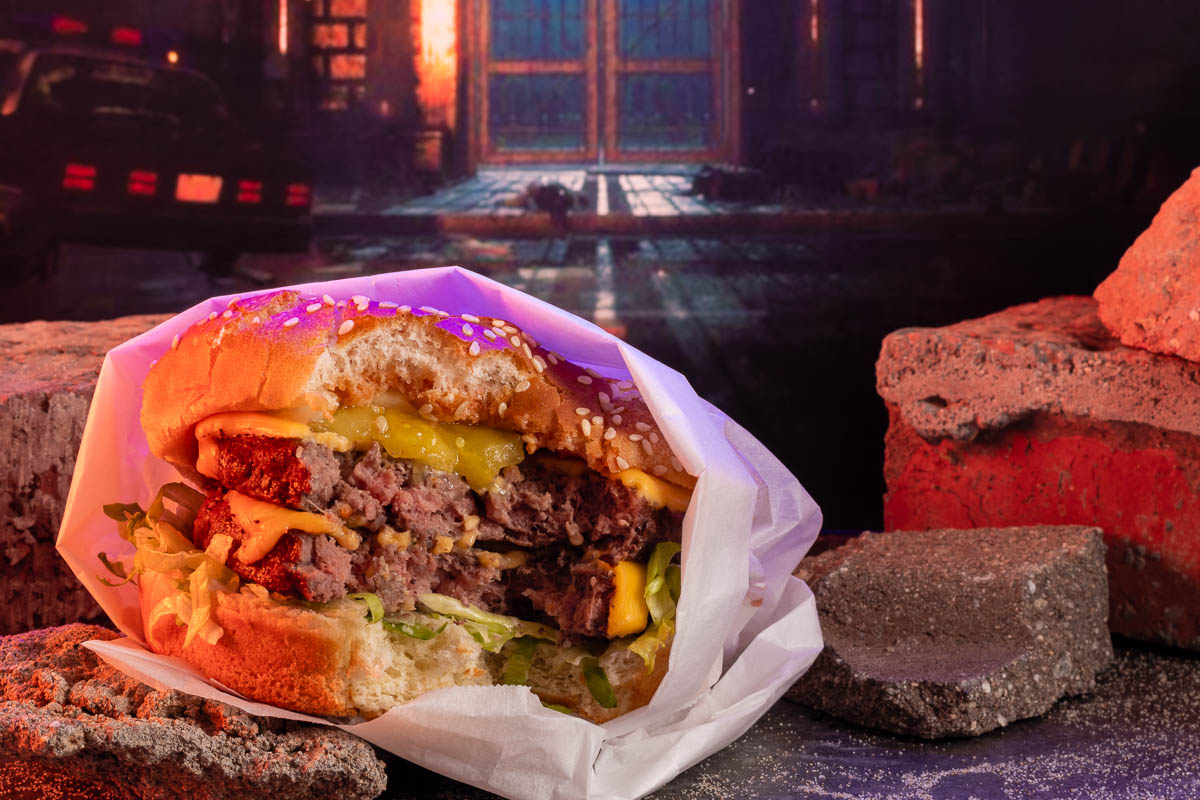 We are so grateful that Nick was able to take the time out to talk with us, especially right before his holiday travels! So, the burger. Why a burger? As we mentioned above, the opening scene of Resident Evil 2 has a trucker eating a burger. This scene also occurs in Resident Evil: Welcome to Raccoon City. We were so stoked to recreate this and we are pretty happy with how it turned out!

We hope you enjoy The Unnamed Trucker Burger as much as we did when creating it for you! Would you like to see more video game inspired recipes? If so, let us know which games in the comments below! Also, have you seen Resident Evil: Welcome to Raccoon City? What did you think? 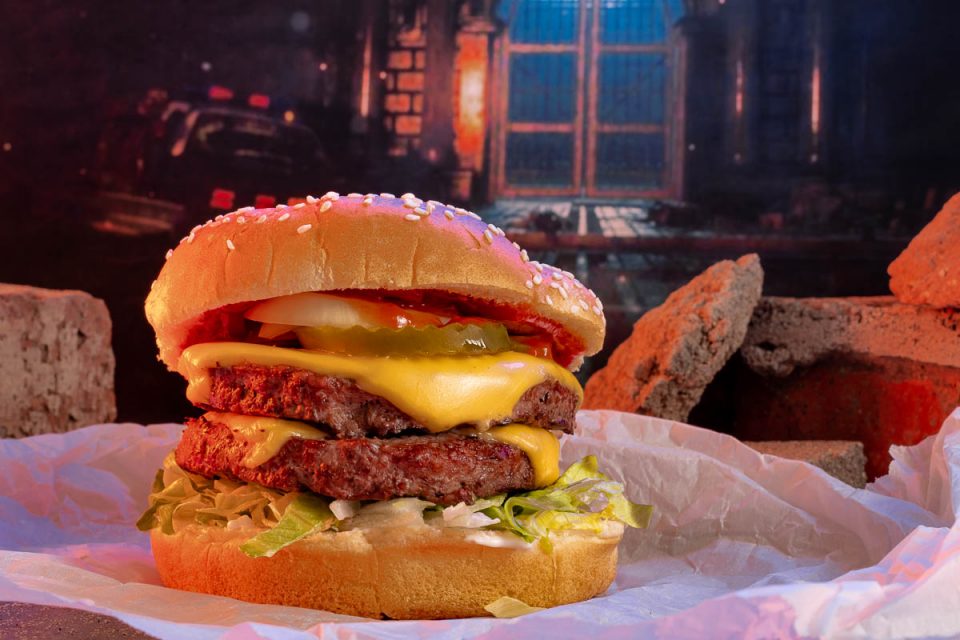 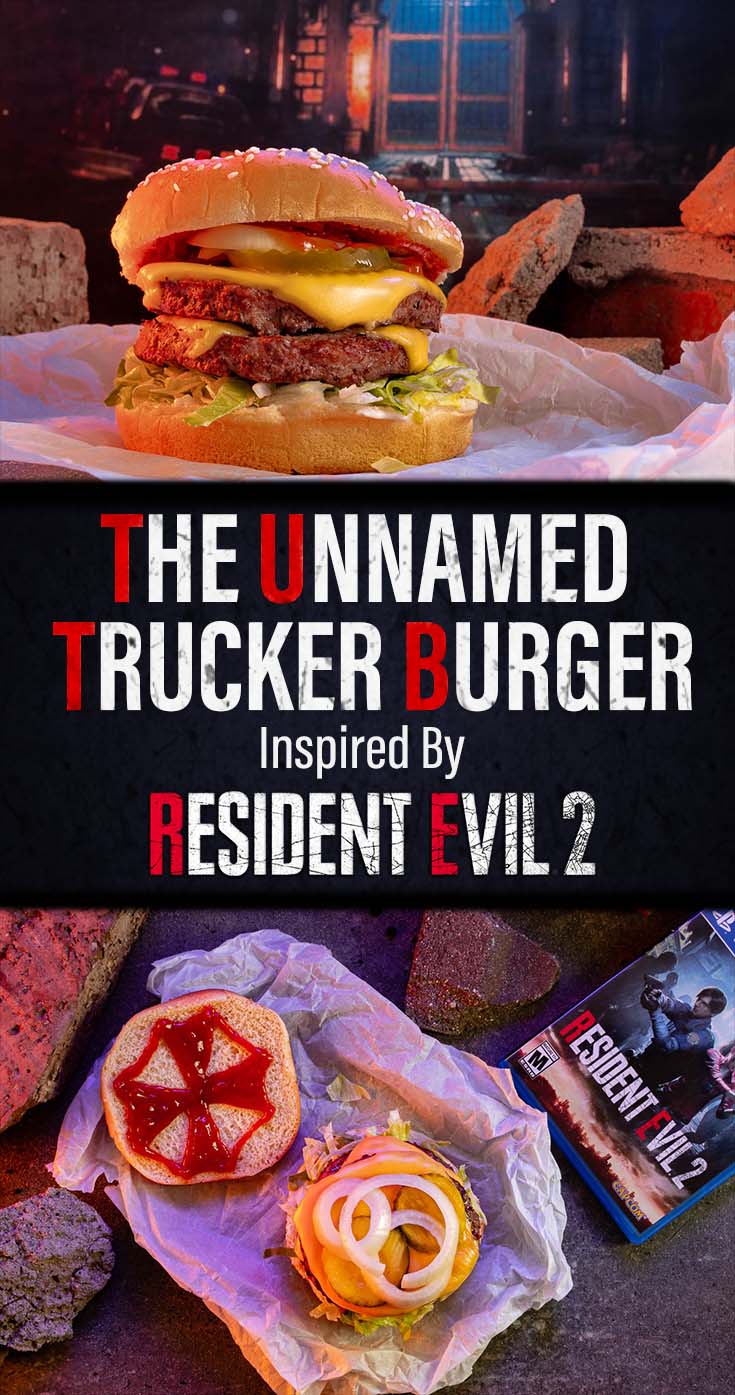