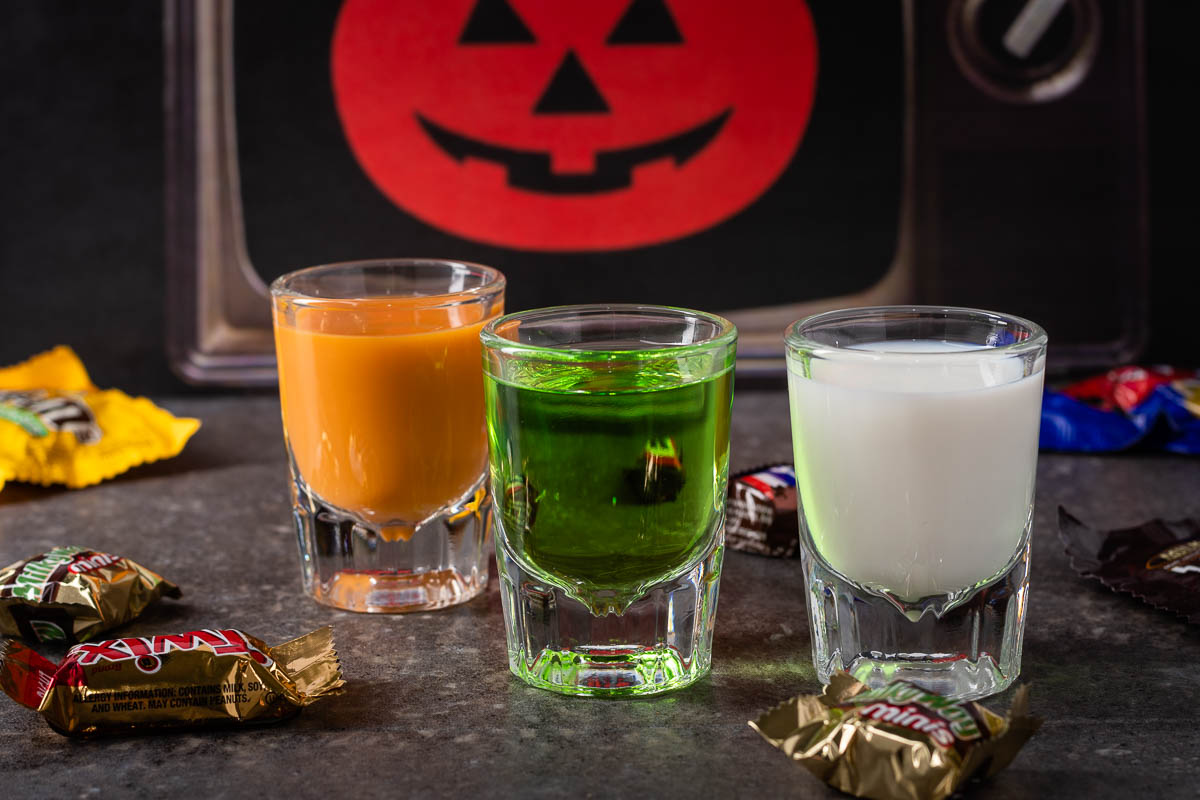 It wouldn’t be Halloween without a few horror films, right? Well lucky for you Joe Bob Briggs is returning to Shudder with a brand new Halloween special, Joe Bob’s Halloween Hootenanny! To commemorate the occasion, we interviewed Darcy the Mail Girl (Diana Prince) and created a recipe for a series of shots, Silver Shamrock Shots, inspired by a movie she likes quite a bit, Halloween 3.

Darcy (or Diana) has been a part of The Last Drive-In since it aired last year. We are so excited that we had an opportunity to interview her! So buckle in and enjoy! Don’t forget to check out our recipe for Silver Shamrock Shots afterward!

I’d gone to one of his book signings when he was just doing his “John Bloom” thing back in 2016. (“Eccentric Orbits”…a literal rocket science book!!) We kinda became long-distance friends after that, and I kept telling him we NEED Joe Bob back. He kept insisting “Joe Bob”‘s time had passed since everyone can just get all their movie info from the internet now. Luckily a couple of other hardcore Joe Bob/MonsterVision fans were trying to convince him of the same thing (Matt and Austin, who are now our producer and director), and they actually took the idea to Shudder. When they’d worked out a deal for the pilot, Mr. JB basically said “I need a Mail Girl. Wanna do it?” I didn’t honestly believe him at first, but it turns out he was being sincere, and now here we are.

Oh gosh…So many, and it varies depending on why I need to be comforted. Scream, for example, is super inspiring to me, so I watch it when I’m feeling kinda defeated and need motivation to keep going. House 2 was on endless repeat for weeks when my Kitty (Ghostface) died and I didn’t want to deal with the world at all. Halloween 3 goes on when I just want to happily chill and not think a whole lot, and I often turn on Psycho 3 to drift off to sleep at night. 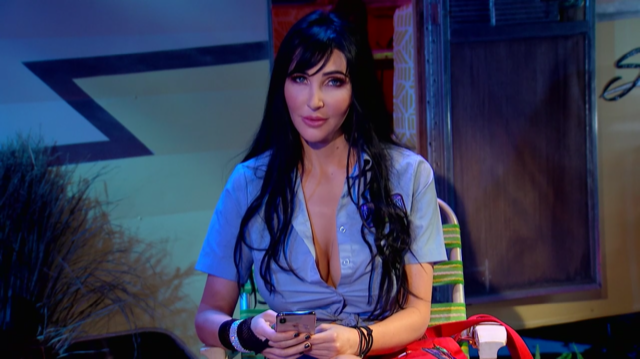 If you mean actually taking place at a Drive-In, then Dead End Drive-In, Targets, and Drive-In Massacre are good choices. If you’re looking for films that capture the spirit of the Drive-In, I’d say Evil Dead (1 or 2), Blacula, and Gator Bait rep that pretty well.

It sounds generic, but stay true to your own vision and never stop believing in yourself.

Lol, she was freaking creepy for sure!  Even creepier to me than Annabelle, though, is Gene Wilder!!! I can’t really explain why (the boat scene from Willy Wonka maybe?), but he has always terrified me!!! Every time I see his face, I get chills!! (I hope that’s not mean to say now that he’s passed, but it’s true!!) 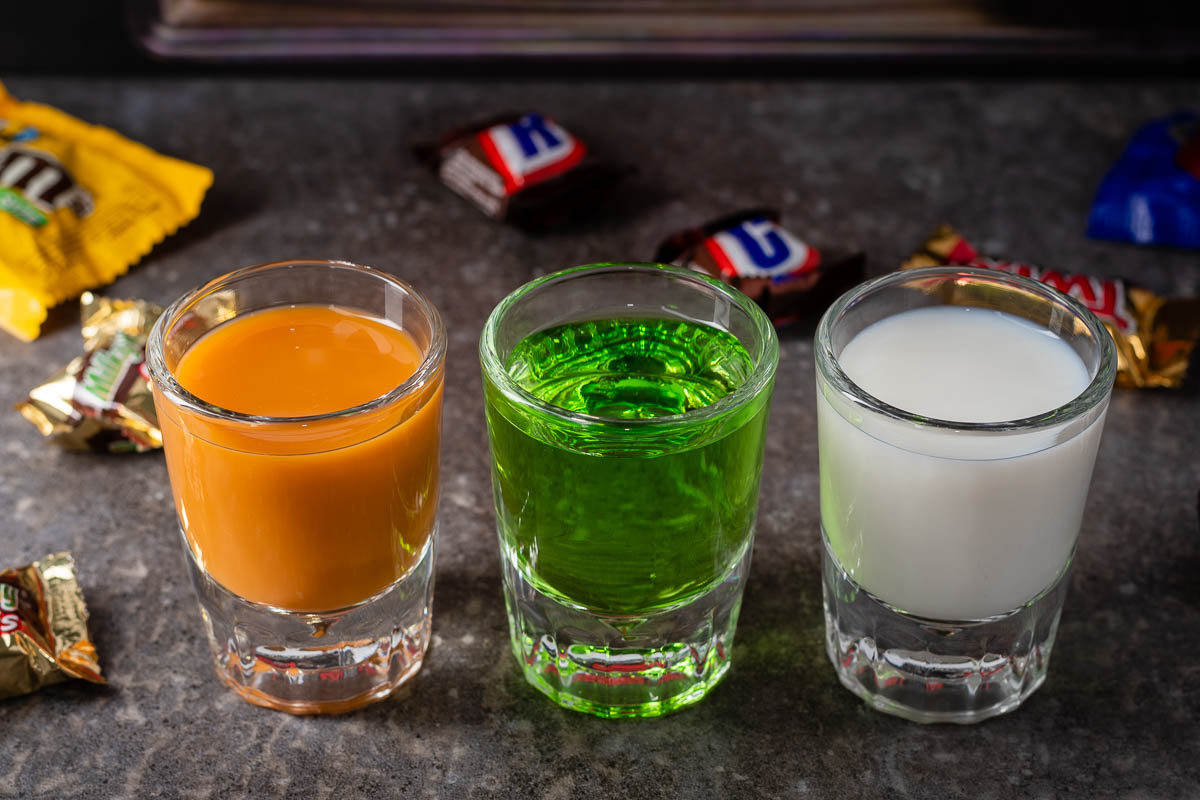 Not only do we have that awesome interview to share with you, but we have a new recipe for Silver Shamrock Shots! These shots are inspired by Halloween 3, more specifically the Silver Shamrock masks in the movie. Each shot is the color of one of the masks produced by Silver Shamrock. The fun thing about our Silver Shamrock Shots is that there is something for everyone. At the suggestion of Darcy, we even made one that has a pumpkin flavor!

We are so grateful that Darcy/Diana took the time to speak with us! Be sure to check out all of the recipes that we’ve created for Shudder! They are perfect for any night in with Shudder. Joe Bob’s Halloween Hootenanny airs tonight on Shudder TV starting at 9 pm EST/6 pm PST. This means you’ll need to have the Shudder app (which is worth getting anyway, and like before, this isn’t sponsored). So head over to https://www.shudder.com and get signed up! See you all at the Drive-In! 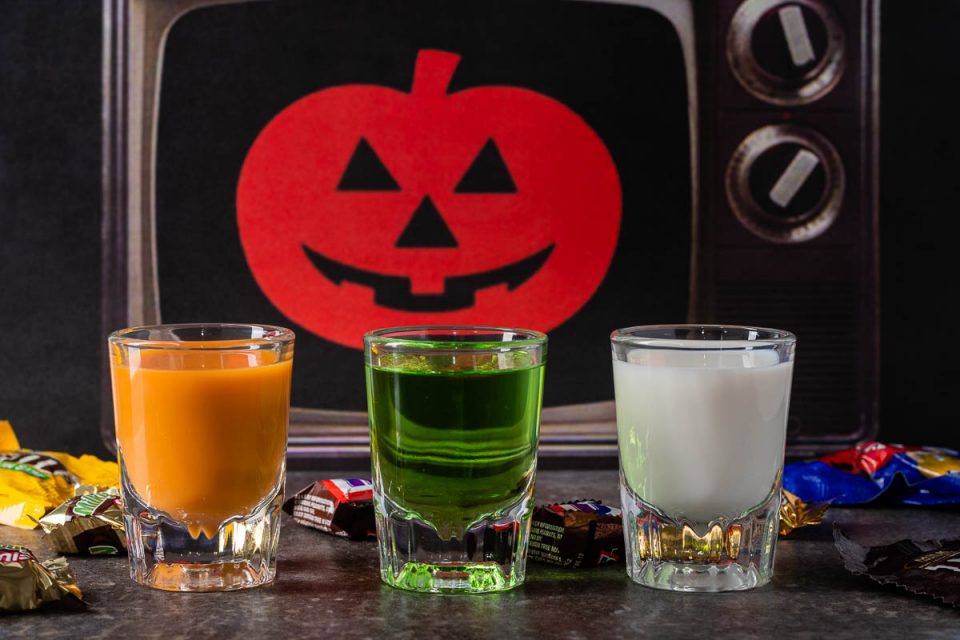 To get ready for Joe Bob's Halloween Hootenanny on Shudder, The Geeks interviewed Darcy the Mail Girl and made a series of shots, Silver Shamrock Shots, inspired by one of her favorite movies!

This can be multiplied into as many shots as you need for the party. 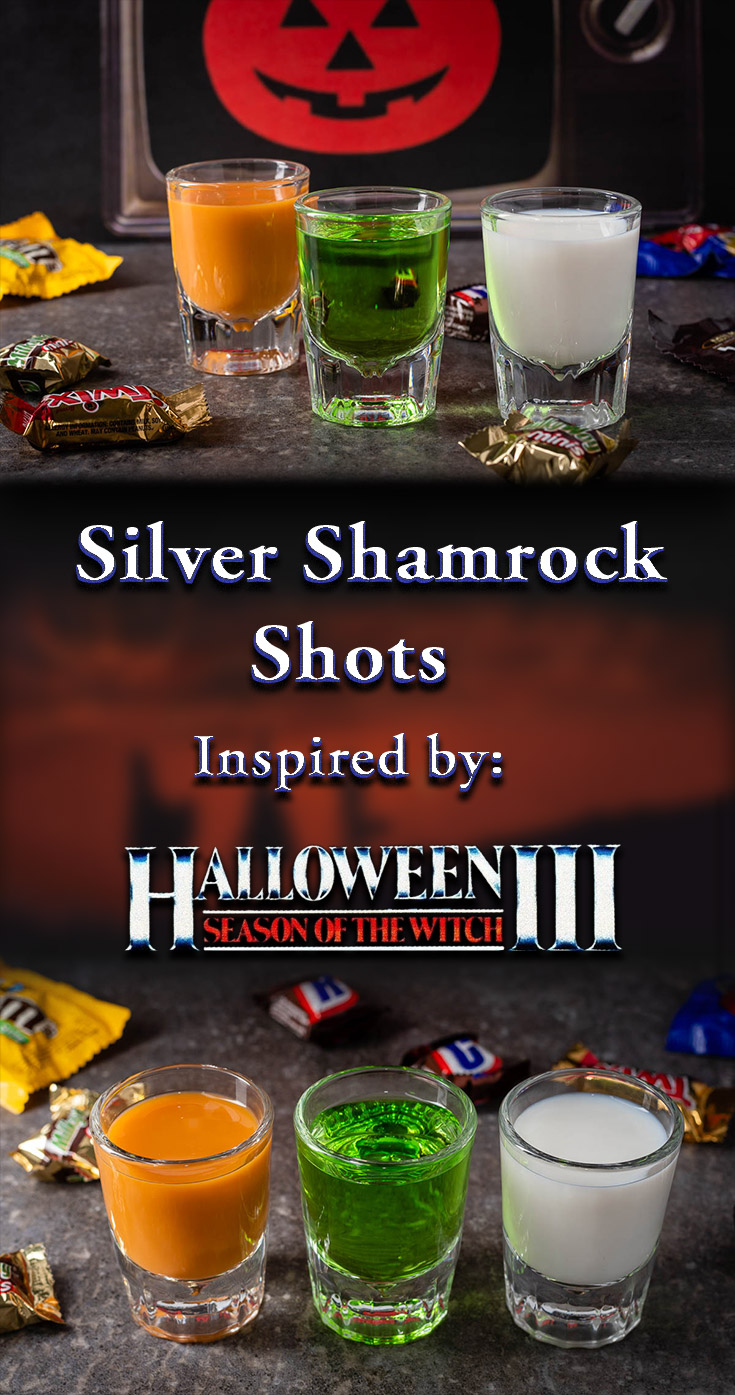