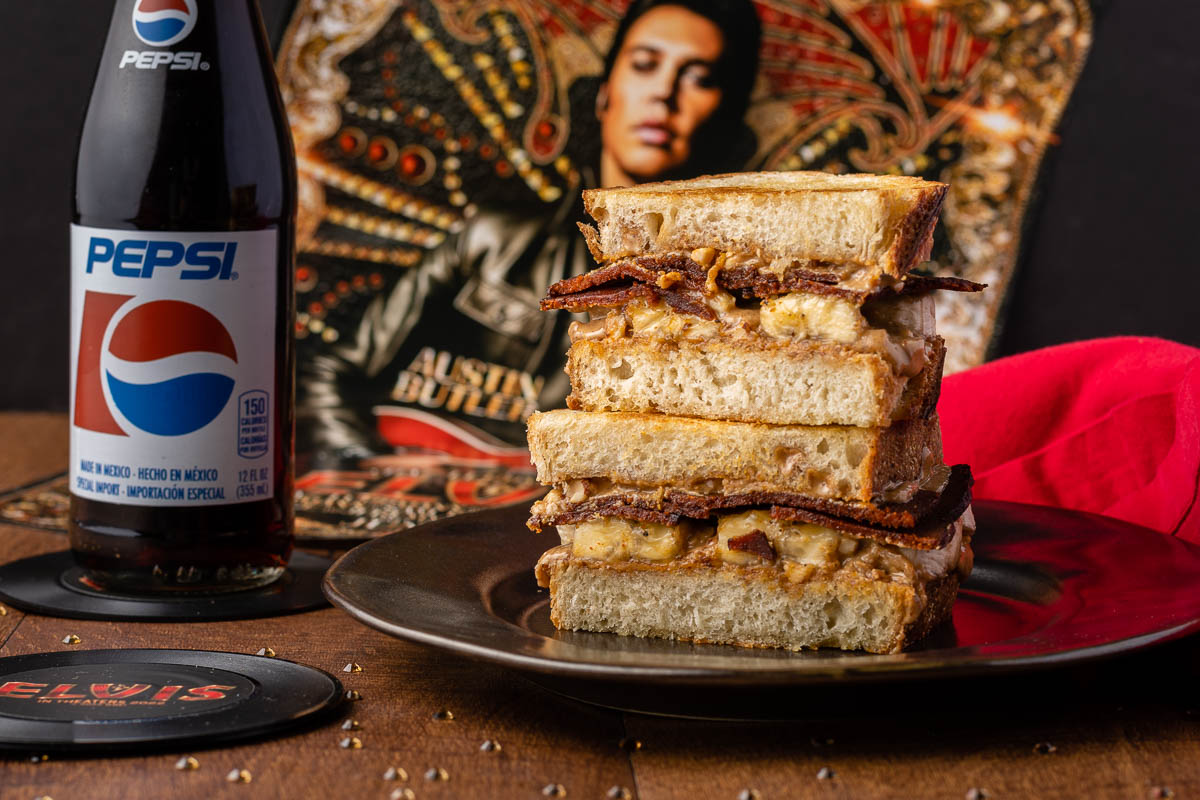 Elvis is one of the most internationally recognized musicians in the world. Along with that comes the recognition of one of his favorite sandwiches! With the release of Baz Luhrmann’s newest film Elvis, we were given the opportunity to create a recipe based on this famous meal, Vegan Fool’s Gold Loaf.

In Elvis, “a thoroughly cinematic drama, Elvis’s (Butler) story is seen through the prism of his complicated relationship with his enigmatic manager, Colonel Tom Parker (Hanks). As told by Parker, the film delves into the complex dynamic between the two spanning over 20 years, from Presley’s rise to fame to his unprecedented stardom, against the backdrop of the evolving cultural landscape and loss of innocence in America. Central to that journey is one of the significant and influential people in Elvis’s life, Priscilla Presley (Olivia DeJonge).”

So what exactly is a Fool’s Gold Loaf? How did it become associated with Elvis? According to a Southern Living article,

For starters, there’s his penchant for a behemoth sandwich he first discovered in Denver, Colorado. As the story goes, after a 1976 concert, Elvis and his police bodyguards ventured to the now-closed Colorado Mine Company restaurant for a bite to eat. There, he ordered a Fool’s Gold Loaf—a sandwich made with a loaf of sourdough bread, a pound of bacon, a jar of peanut butter, and a jar of jelly. (Estimates put the sandwich at a whopping 8,000 calories.)

Fast forward a bit, and back at Graceland, Elvis got a late-night hankering for the loaf. And just as any good rock ‘n’ roll legend would do, he hopped on his private jet with a couple of friends in tow and flew to Denver. The owners of the restaurant met him at the hangar with a pile of the enormous sandwiches (some say they brought 22, others say 30); he enjoyed his Fool’s Gold Loaf without ever leaving the hangar (stories say he paired it with Perrier and champagne), then headed back to Memphis.

Of course, it should come as no surprise that the quirky combo was enough to make Elvis hop on a plane, as he’s long been associated with a simpler (and much more manageable!) version of the Fool’s Gold Loaf. His take included two pieces of bread, spread thick with creamy peanut butter, topped with sliced or mashed banana, crowned with thick strips of bacon, and fried in a skillet. It’s this sandwich that’s since become known as The Elvis, and variations of the King’s signature snack appear on menus across the South. 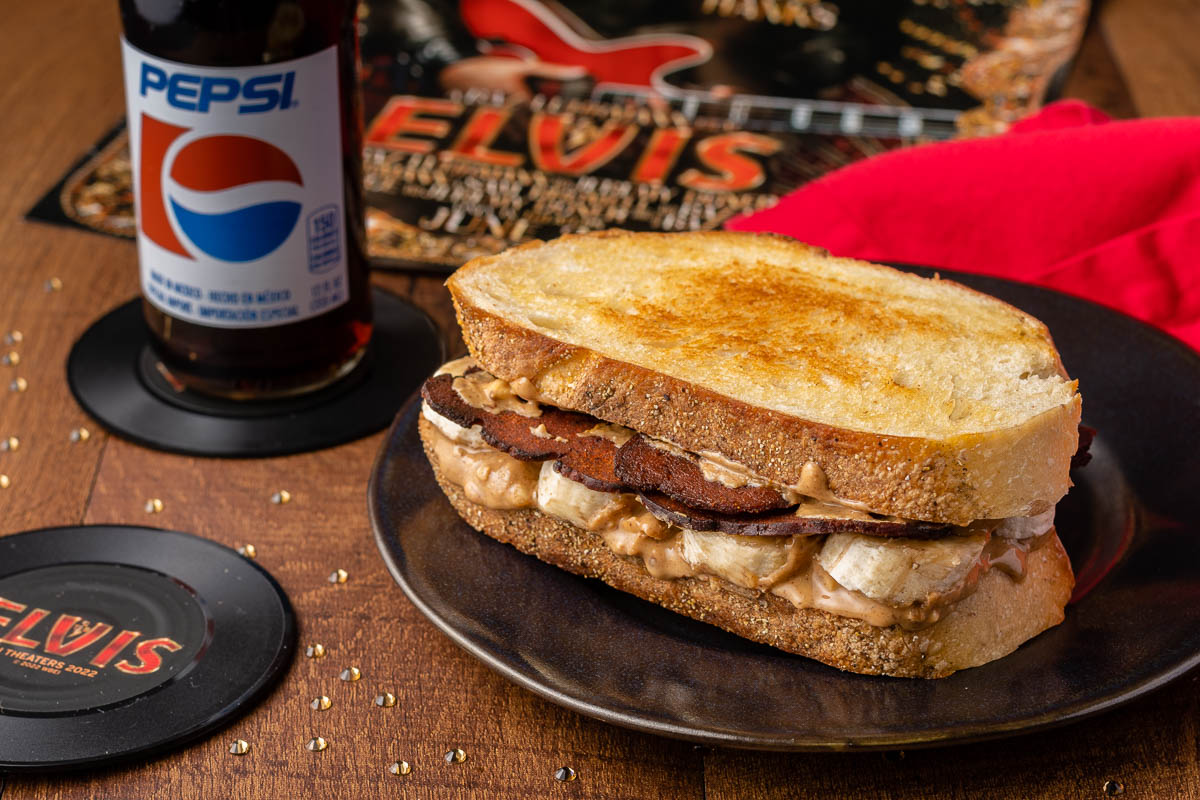 Since this sandwich is so iconic, we wanted to create a version that hadn’t been done as frequently. So we decided to veganize it! After all, why should vegans miss out on this deliciousness? Aside from using vegan bacon, we switched out the peanut butter. Instead of creamy peanut butter, we did sugar-free crunchy peanut butter. This helps bring out more texture and less cloying sweetness that can happen with bananas. The result is a delicious vegan sandwich that still feels true to the original version. Pair this with a Pepsi and you’re ready to dine like Elvis himself!

We hope you enjoy our Vegan Fool’s Gold Loaf sandwich! Elvis arrives in theaters on June 24th, 2022! When it comes to peanut butter are you Team Creamy or Team Crunchy? Let us know in the comments below! 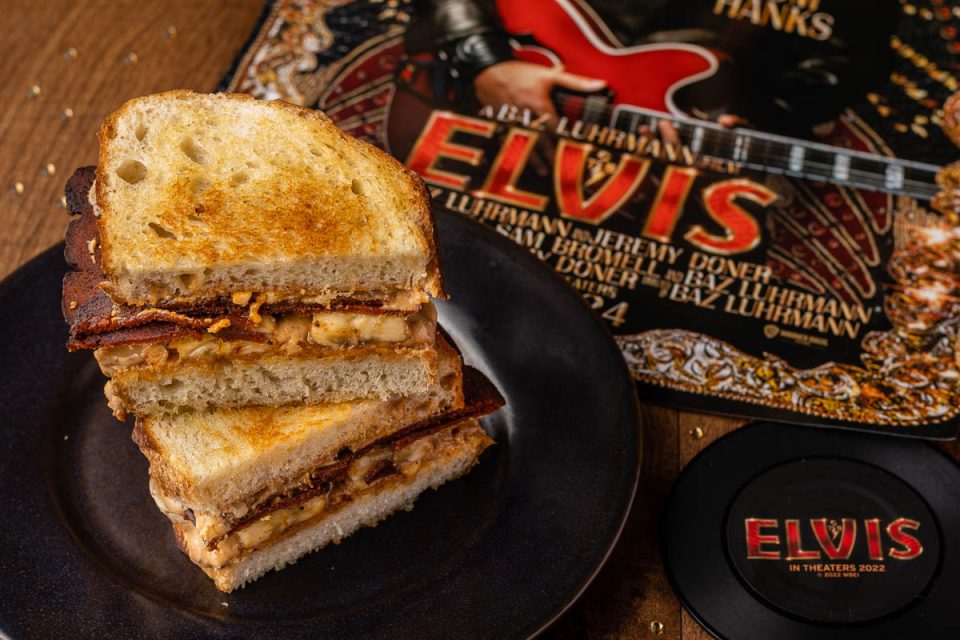 To celebrate the release of Baz Luhrmann's Elvis, The Geeks have veganized The King's iconic Fool's Gold Loaf Sandwich! 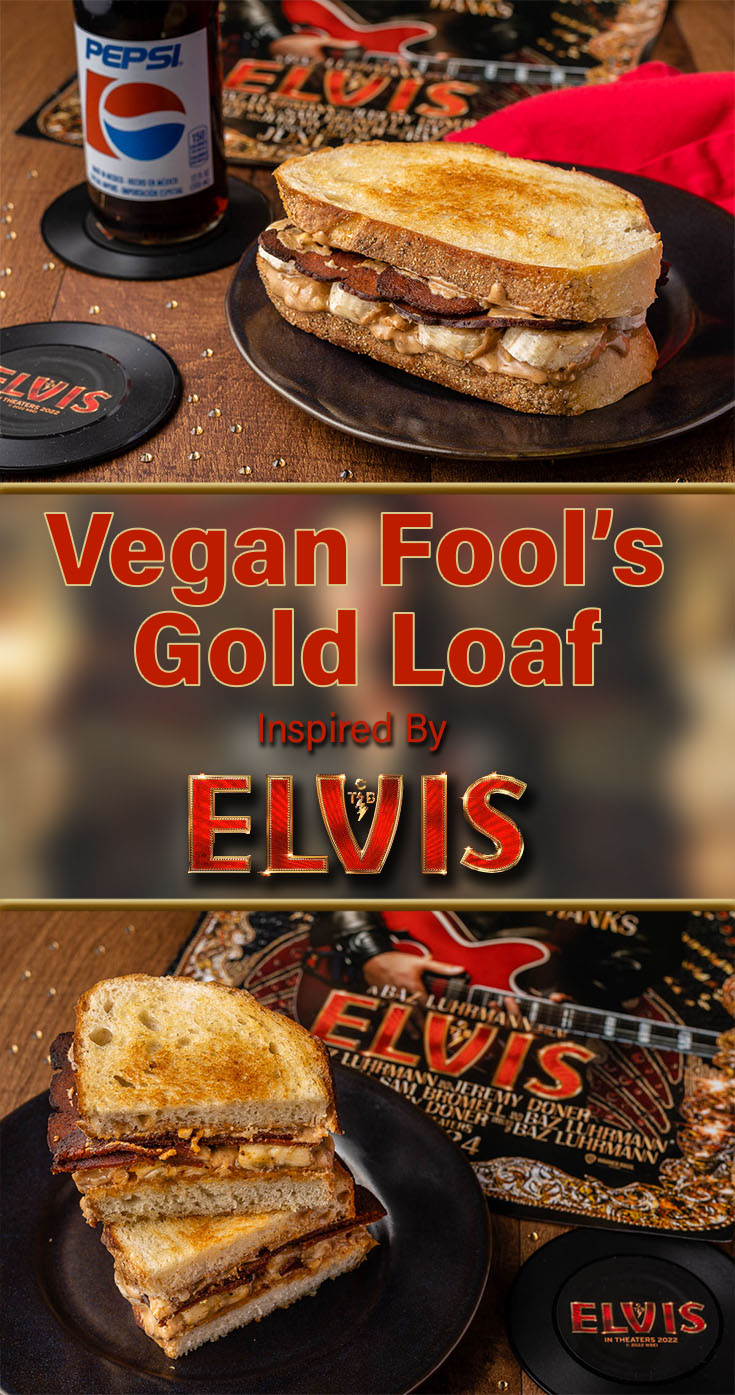