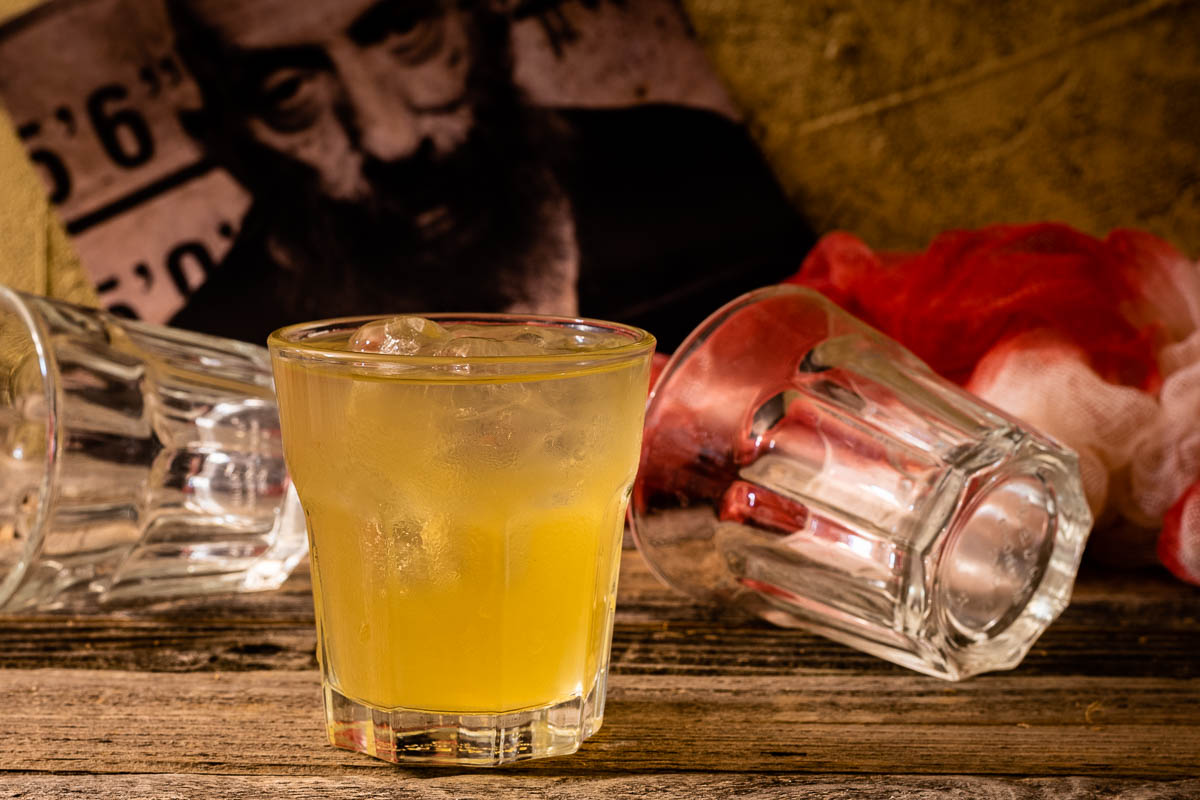 We received a review copy of 3 From Hell to help with creating our recipe for Spaulding’s Last Laugh.

You may not know it, but House of 1000 Corpses is my (Sarah, that is) all time favorite movie. Despite even Rob Zombie saying it is flawed, it still holds a place in my heart. So when Devil’s Rejects came out, my heart was broken by its ending. Fast forward 14 years and now 3 From Hell picks up where Devil’s Rejects left off. We couldn’t let this pass without creating a recipe for it, so we have created a cocktail called Spaulding’s Last Laugh.

In 3 From Hell, “after barely surviving a furious shootout with the police, Baby Firefly (Sheri Moon Zombie), Otis Driftwood (Bill Moseley) and Captain Spaulding (Sid Haig) are behind bars. But pure evil cannot be contained. Teaming up with Otis’ half-brother Wilson (Richard Brake), the demented Firefly clan are back to unleash a whole new wave of death and depravity. A firestorm of murder, madness, and mayhem will be released in this terror ride to Hell and back.”

Bonus features for 3 From Hell include: 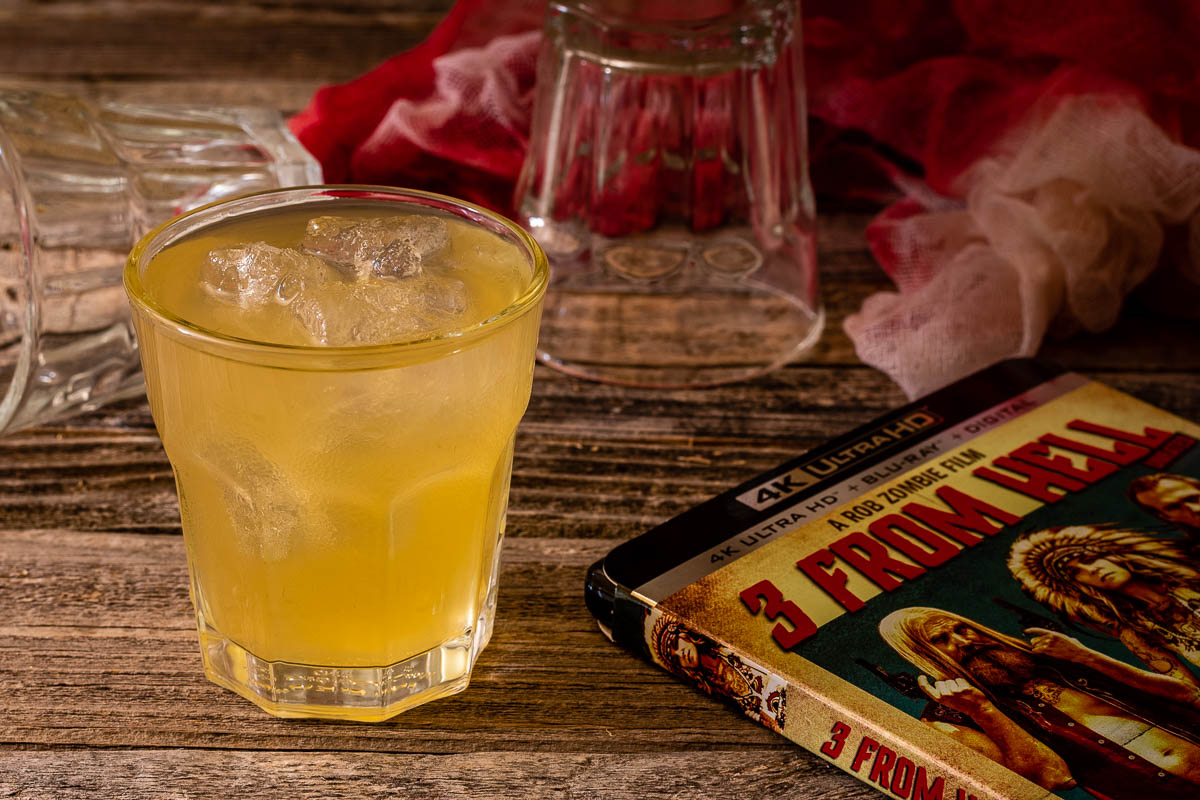 Spaulding’s Last Laugh was inspired by the scenes that take place in Mexico. We used an agave spirit called Sotol as the base spirit. Sotol is a distilled spirit made from Dasylirion wheeleri, commonly known as Desert Spoon or, in Spanish, sotol. The plant grows in northern Mexico, New Mexico, west Texas, and the Texas Hill Country. It is known as the state drink of Chihuahua, Durango, and Coahuila. This was a perfect fit given that the 3 are in Durango Mexico. Additionally, with Sotol being as earthy as it is, we used pineapple juice to mellow it out. The result is a cocktail that is a bit aggressive but still delicious!

We hope you enjoy our cocktail, Spaulding’s Last Laugh. Not only did we set out to create this cocktail for the film, but also as a tribute to Sid Haig. Sid recently passed away leaving a hole in the hearts of the horror community. I had the opportunity to meet him twice and he was fantastic both times. RIP Sid, you will be missed. 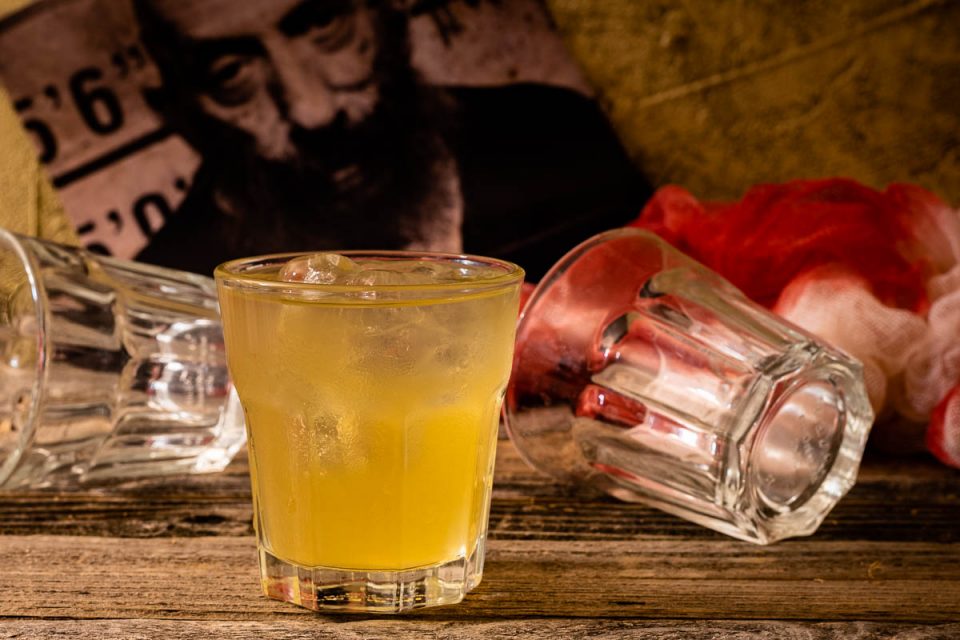 Inspired by Rob Zombie's latest film, 3 From Hell, The Geeks have created a Sotol based cocktail and tribute to Sid Haig called Spaulding's Last Laugh.

The Geeks were provided with a copy of 3 From Hell for research purposes. All opinions are wholly our own. View our Disclosure Policy for more info.