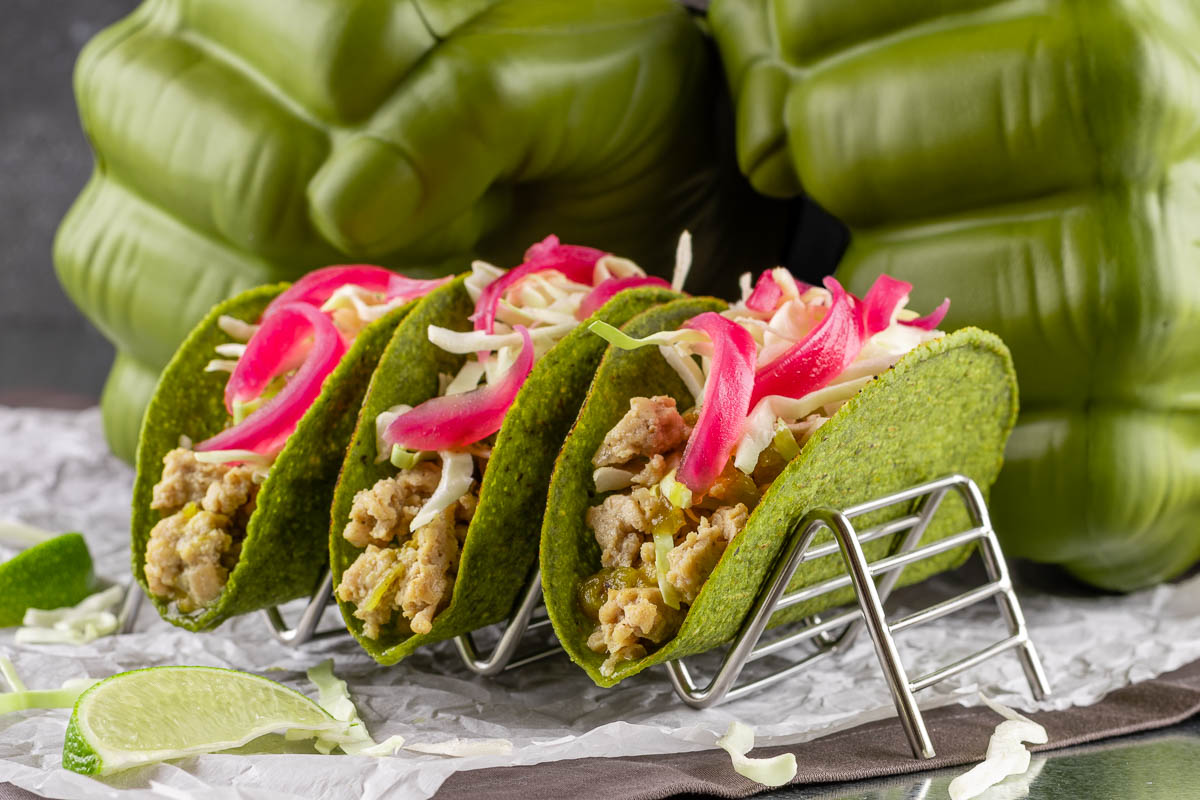 Our Hulk Tacos recipe is a Paid Promotion for Marvel Studios’ Avengers: Endgame.

One of 2019’s most anticipated and highest-grossing films, Avengers: Endgame, is getting its home release on digital next week and physical in August. Endgame marks the end of the 22 film Infinity Saga. We’ve got a new recipe especially for the release, Hulk Tacos! So read on and find out more about what bonus features will be included and check out our latest recipe!

In Avengers: Endgame, “the grave course of events set in motion by Thanos that wiped out half the universe and fractured the Avengers ranks compels the remaining Avengers to take one final stand in Marvel Studios’ grand conclusion to twenty-two films.”

Our Hulk Tacos were inspired by a scene in the movie where Ant-Man is trying to enjoy some tacos. Sadly, they are blown away but The Hulk shares a few of his. We decided to not only create a new recipe inspired by this scene but the visuals of The Hulk as well. Green taco shells really enhance the look of these delicious tacos!

We hope you enjoy our Hulk Tacos recipe! Be sure to get your copy of Avengers: Endgame on Digital on 7/30 and Blu-ray/4K Ultra 8/13! 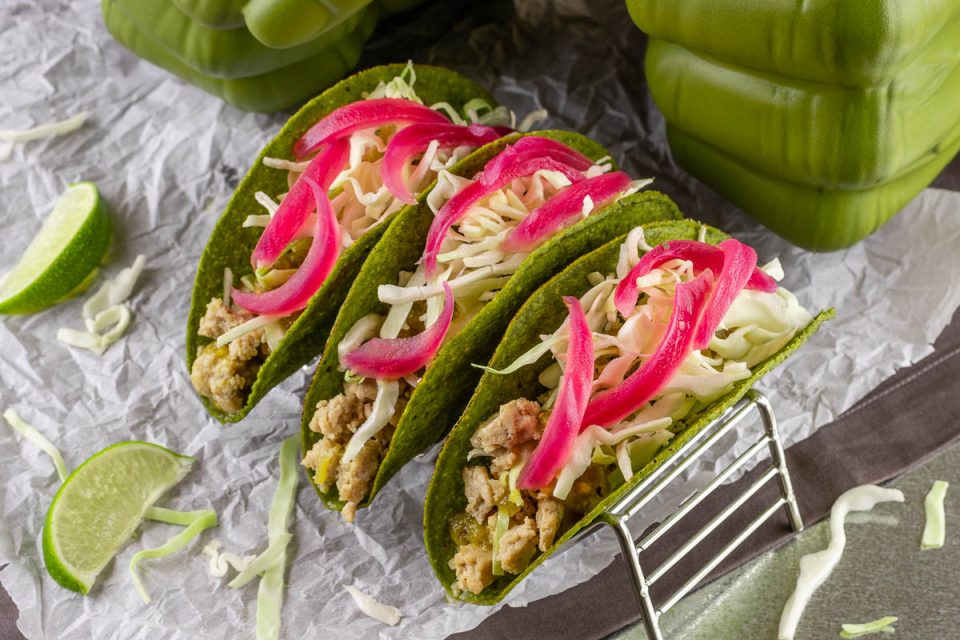 *This is a Paid Promotion for Marvel Studios’ Avengers: Endgame. All opinions are wholly our own. View our Disclosure Policy for more info. 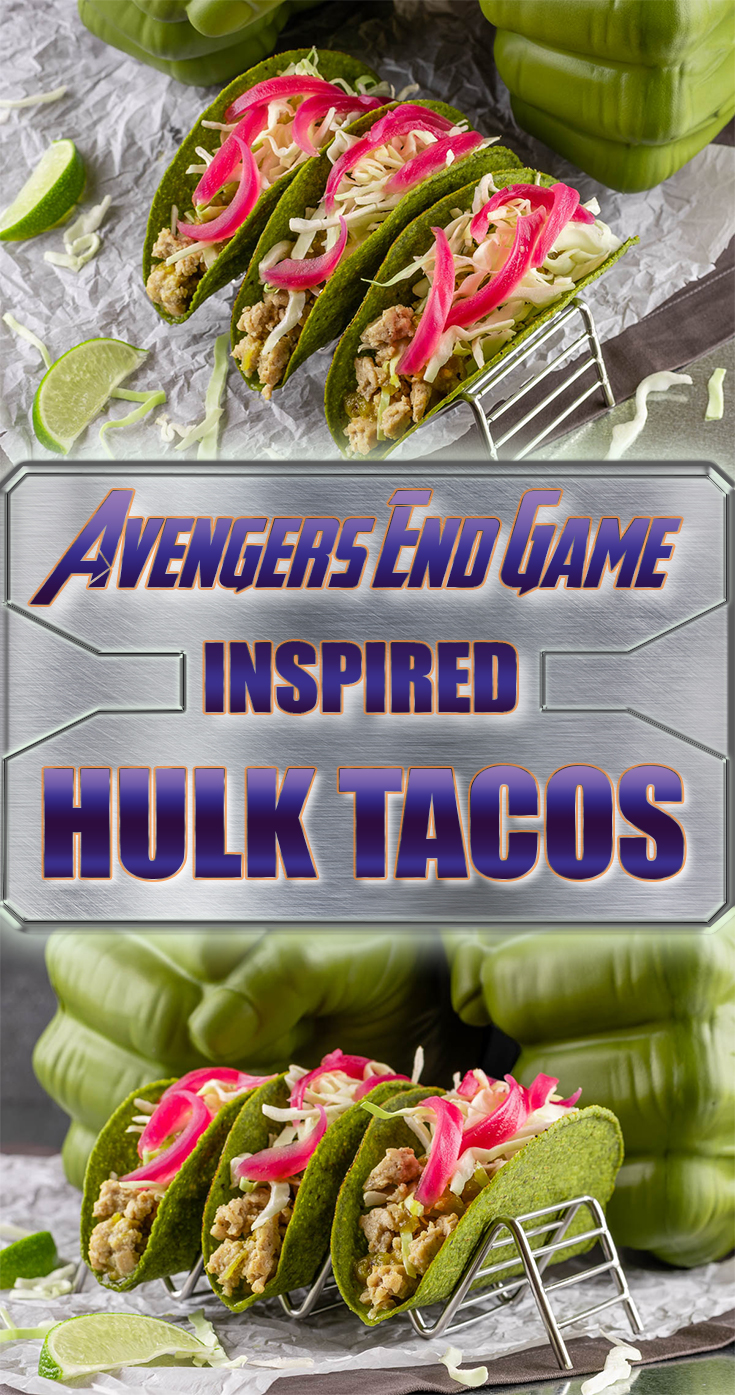 One Reply to “Hulk Tacos: An Avengers: Endgame Inspired Recipe”