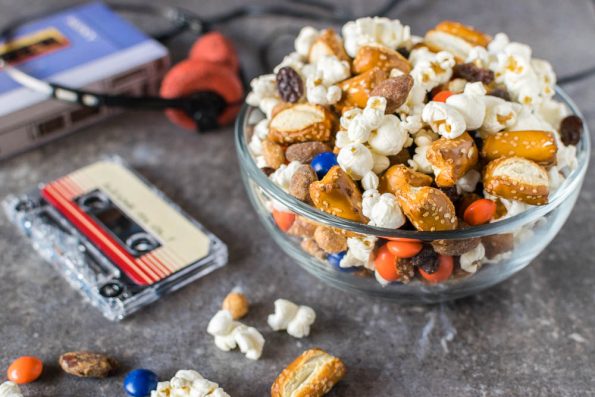 This Awesome Mix Recipe is a Paid Promotion for Guardians of the Galaxy Vol. 2.

After coming up with the recipe for our Groot Bark, we were asked to create a second recipe for Marvel’s Guardians of the Galaxy Vol. 2. With our first recipe inspiration coming from a character in the film, we decided that the second should come from elsewhere. Then it dawned on us, the soundtrack! Thus, Awesome Mix Trail Mix was born!

Marvel Studios’ “Guardians of the Galaxy Vol. 2” is “set to the all-new sonic backdrop of Awesome Mix Volume 2 and continues the team’s adventures as they traverse the outer reaches of the cosmos. The Guardians must fight to keep their newfound family together as they unravel the mystery of Peter Quill’s true parentage. Old foes become new allies and fan-favorite characters from the classic comics will come to our heroes’ aid as the Marvel Cinematic Universe continues to expand.”

The Awesome Mix Vol. 2 contains classics from artists such as Fleetwood Mac, ELO, and Cat Stevens. With the soundtrack being so important to both movies both from a setting and story telling standpoint, we felt it was important to pay tribute to that. Just look at the opening scene using Mr. Blue Sky by ELO, it not only lends itself to letting the adorable Baby Groot dance around but also mirrors Quill’s dance number from the first movie. The use of music in both films does an excellent job of adding additional story telling elements to the movies. 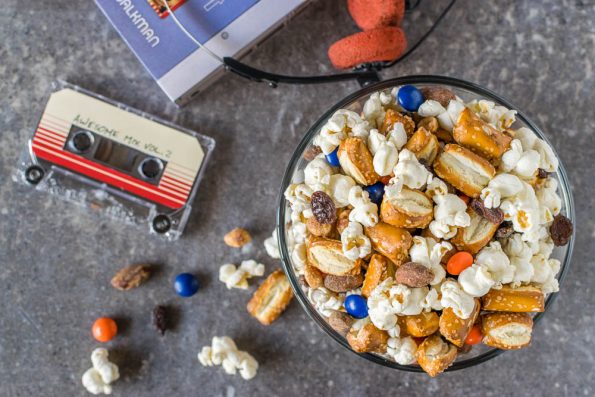 When coming up with the ingredients for our Awesome Mix Trail Mix, we wanted to add things that we of course thought were awesome. We started with popcorn because obviously when you watch a movie you want to eat popcorn. At least we do anyway. Next we added the honey roasted peanuts and almonds to sort of tie it to our Groot Bark recipe. The candy coated chocolate pieces are added for a bit of color. The rest can actually be switched out to your flavor preferences. After all, why not get inspired to create your own Awesome Mix? 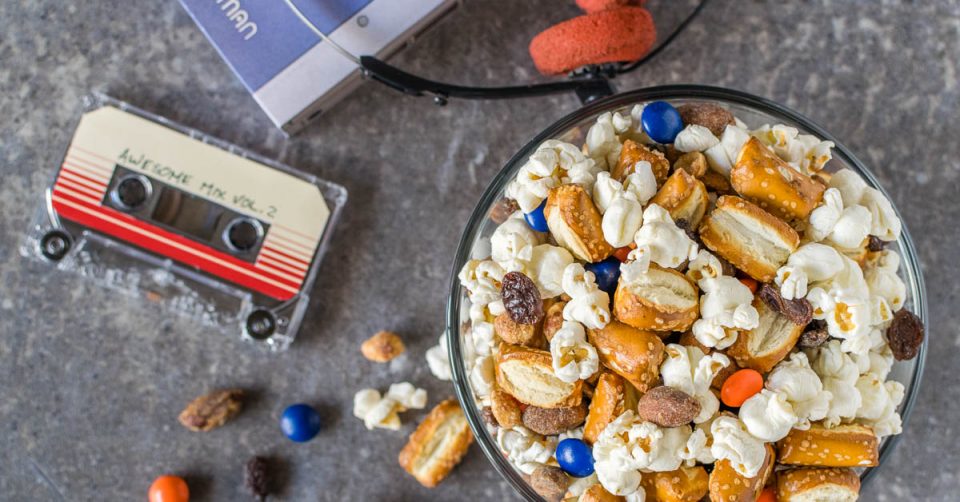 *This is a Paid Promotion for Guardians of the Galaxy Vol. 2; We were also provided with an advanced copy for research purposes. Images and title treatments were used with permission from The Walt Disney Company and Marvel Studios. All opinions are wholly our own. View our Disclosure Policy for more info.