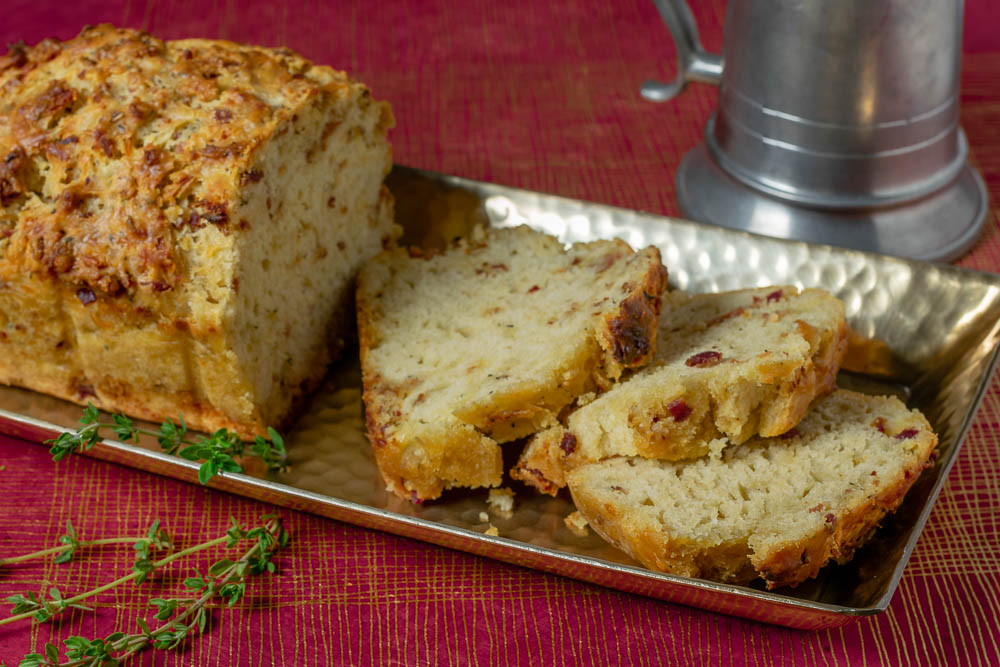 In 1997 a phenomenon hit the shelves of booksellers all around London. 21 years ago Harry Potter and the Philosopher’s Stone made its debut. Since then, readers around the world have fallen in love with J.K. Rowling’s Wizarding World, us included. To commemorate the anniversary, we’ve created a brand new recipe inspired by Godric Gryffindor, one of the Hogwarts founders. Godric’s Bacon Cheddar Ale Bread is a hearty and delicious treat!

With Godric’s Bacon Cheddar Ale Bread being based on Godric Gryffindor himself, it feels only appropriate that we give a bit of history on the Hogwarts founder. According to Pottermore,

Legend has it that Godric was also the man who gave Hogwarts the Sorting Hat, a sentient piece of headwear that soon became the one to sort the school’s students into houses long after Godric and the other founders were gone. The hat contains the intelligence of all founders, so it can pass on their intuition on each Hogwarts student forever.

Godric will always be known for his accomplished skills in battle, and his fight against Muggle discrimination in the wizarding world. In fact, it was a serious argument between Godric and Salazar that finally made the Slytherin founder leave Hogwarts. Godric was a man, certainly, ahead of his time.” 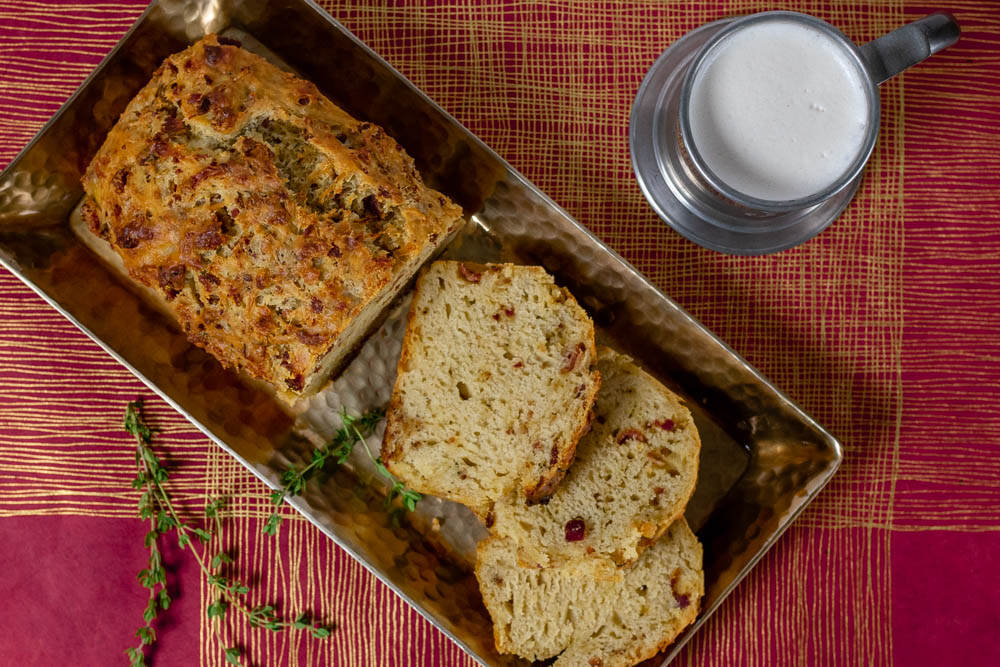 The inspiration for Godric’s Bacon Cheddar Ale Bread came from the descriptions of Godric Gryffindor. We created a bread that we imagined he would like. As a courageous warrior, we figured that would be something savory and hearty. Also, the bits of bacon and the golden tones of the bread are reminiscent of the Gryffindor House Colors. Ingredients wise, we stuck to English cheddar and Boddingtons (an English Ale) to keep on the theme.

As if a Gryffindor recipe wasn’t exciting enough, we have collaborated with a few foodie friends and they have come up with some amazing recipes for the other houses:

We hope you’ve enjoyed our visit to the Wizarding World through food! We have a few other magical recipes coming soon and a guide to throwing the perfect Harry Potter Tea Party! You won’t want to miss the magic so check back soon! 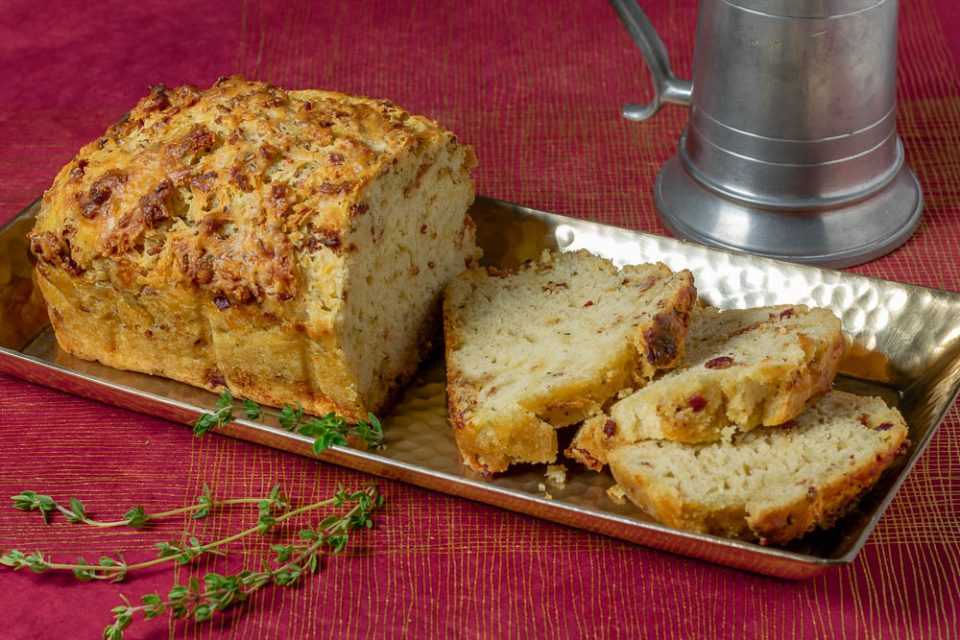 The Geeks have created a Gryffindor themed recipe, Godric's Bacon Cheddar Ale Bread, to celebrate the anniversary of Harry Potter & the Philosopher's Stone. 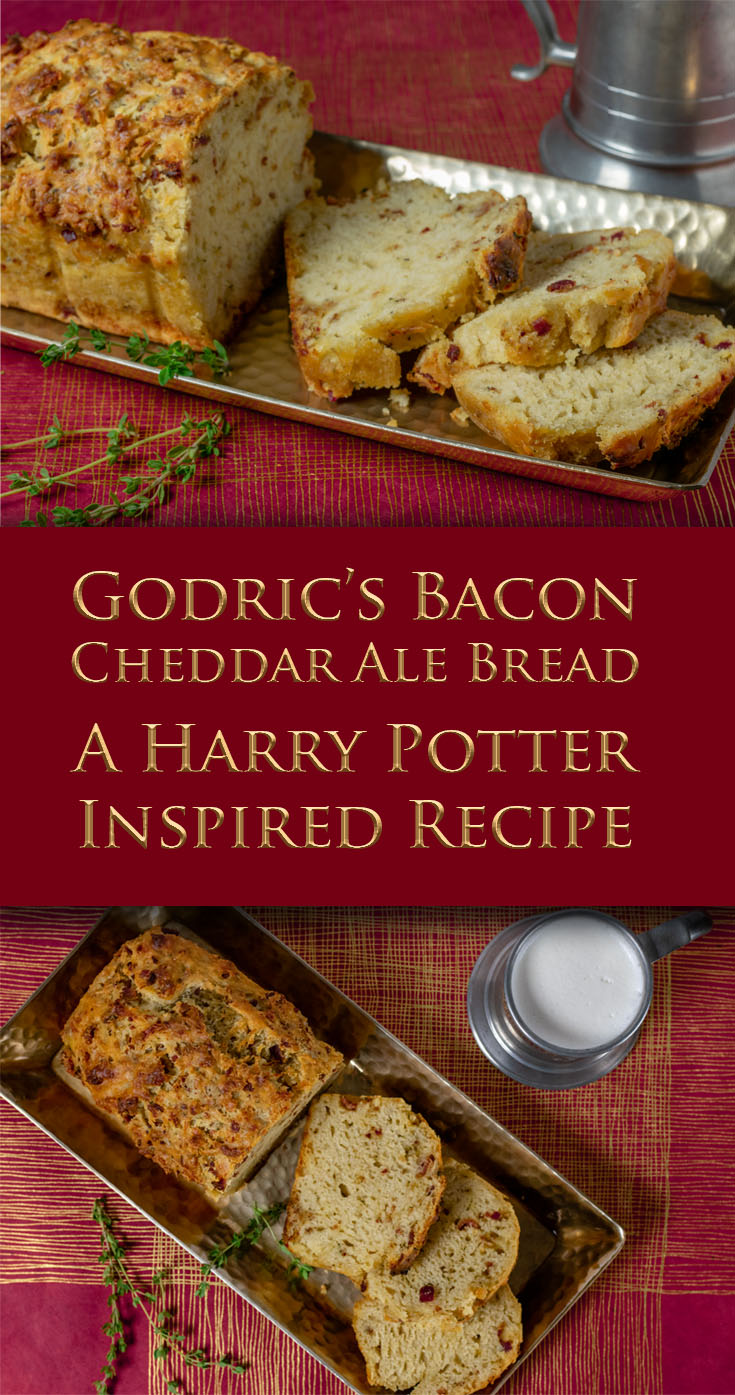