This recipe for Timon’s Pesto Grubs is a Paid Promotion for Walt Disney Studios’ The Lion King.

If you grew up in the 90s, you probably remember the hype surrounding Disney’s The Lion King. Now it is celebrating its 24th anniversary! We decided to commemorate the occasion with a deliciously easy recipe inspired by one of Timon’s favorite foods, grubs!

The Lion King follows the adventures of the young lion Simba. Simba’s uncle, Scar plots to usurp his brother Mufasa’s throne by luring father and son into a stampede of wildebeests. Simba escapes but Mufasa is killed. Feeling that he is responsible for Mufasa’s death and with encouragement from Scar, Simba flees the Pridelands. After a visit from Rafiki, Simba returns as an adult to take back his homeland from Scar with the help of his friends Timon, Pumbaa, and Nala. 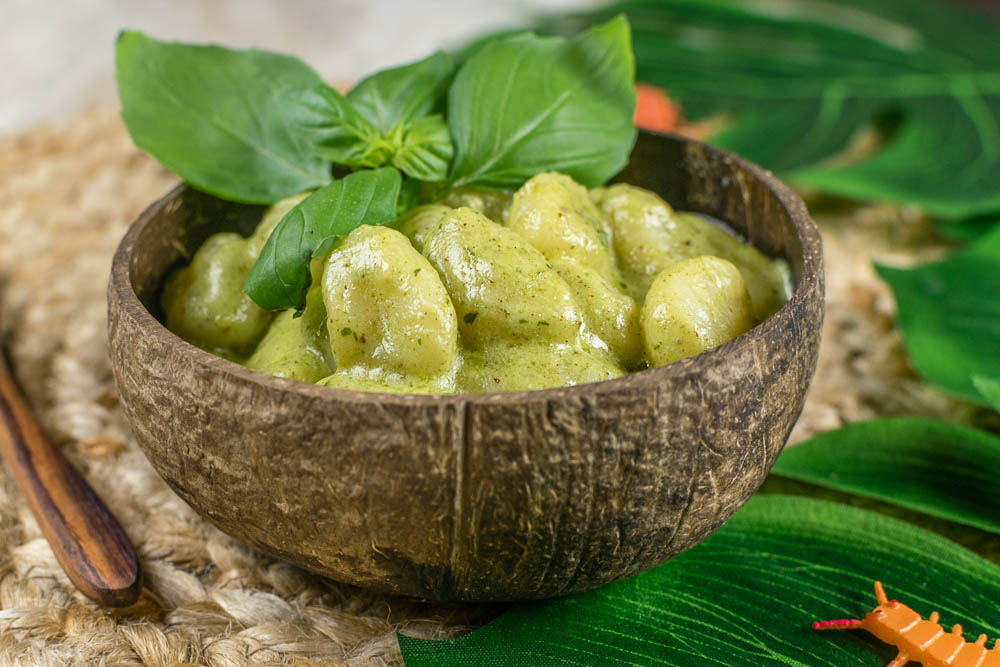 The inspiration for this recipe is mostly visual. However, Timon’s Pecan Pesto Grubs aren’t really grubs at all but rather potato gnocchi! This gnocchi recipe combines two of Timon’s favorite bugs- the cream filled kind and the pecan flavored ones! So not only do you get the appearance of grubs but you can enjoy two of Timon’s favorite flavors. Another thing that is great about this recipe is that it can serve as a vegetarian main dish or a side dish with mean such as chicken. Either way, everyone is happy!

We hope you enjoy our recipe for Timon’s Pecan Pesto Grubs! What other Disney movies would you like to see recipes for? Let us know in the comments below! Also, be sure to follow us on Instagram and Pinterest for lots of fun recipe ideas and giveaways! 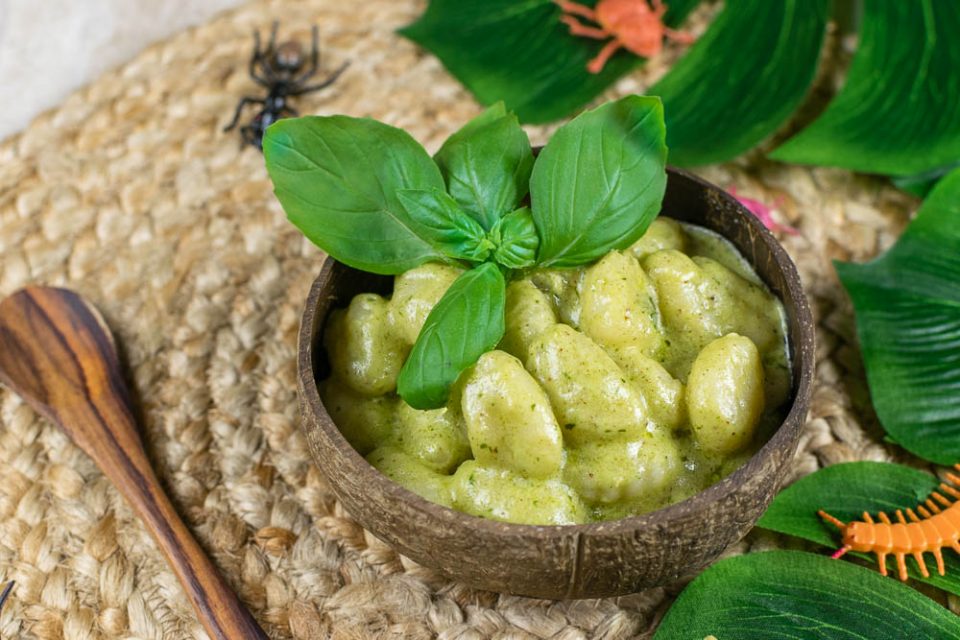 To celebrate the anniversary of Disney's The Lion King, The Geeks created recipe for Timon's Pecan Pesto Grubs!

*This is a Paid Promotion for Walt Disney Studios’ The Lion King; We were also provided with an advanced copy of The Lion King for research purposes. Images and title treatments were used with permission from the Walt Disney Company. All opinions are wholly our own. View our Disclosure Policy for more info. 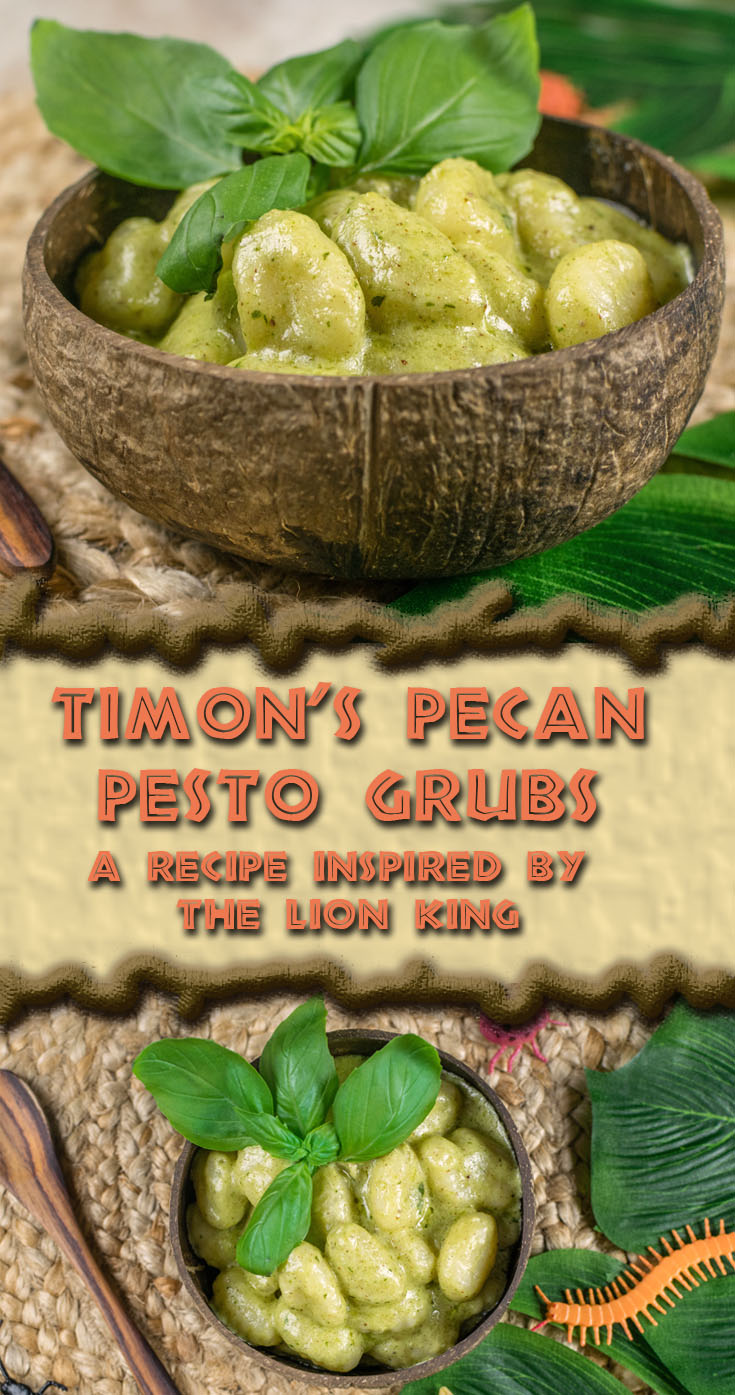 3 Replies to “Timon’s Pecan Pesto Grubs: A Recipe Inspired by The Lion King”