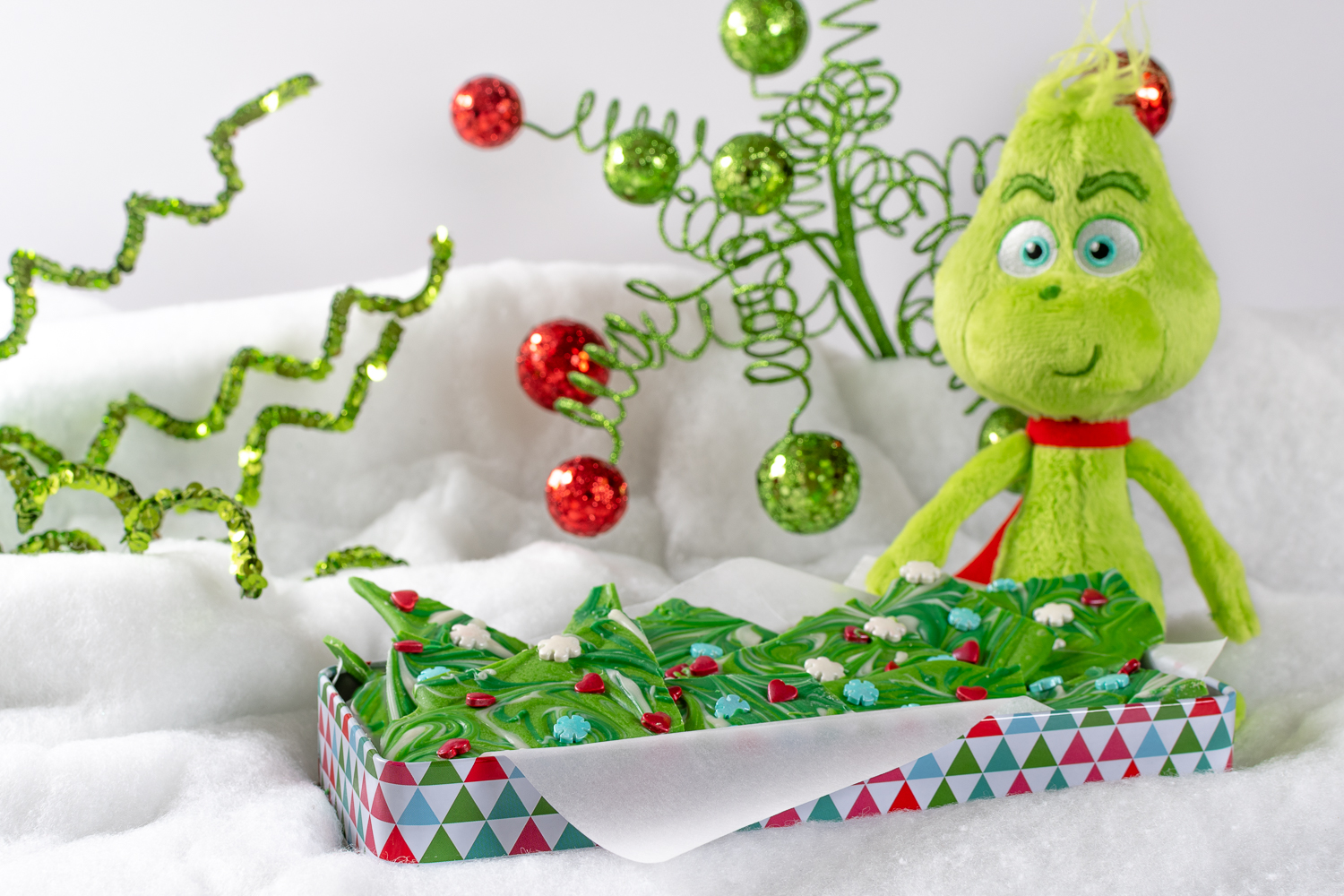 Happy November! We typically don’t love going straight from Halloween and Horror into Christmas but sometimes certain movies are just too fun to create a recipe for! In this case, we’ve created a brand new recipe for Illumination and Universal Pictures’ Dr. Suess’ The Grinch. Our Grinch-mas Bark is the perfect treat or gift for the holiday season!

In The Grinch, “Academy Award® nominee Benedict Cumberbatch lends his voice to the infamous Grinch, who lives a solitary life inside a cave on Mt. Crumpet with only his loyal dog, Max, for company. With a cave rigged with inventions and contraptions for his day-to-day needs, the Grinch only sees his neighbors in Who-ville when he runs out of food.

Each year at Christmas they disrupt his tranquil solitude with their increasingly bigger, brighter and louder celebrations. When the Whos declare they are going to make Christmas three times bigger this year, the Grinch realizes there is only one way for him to gain some peace and quiet: he must steal Christmas. To do so, he decides he will pose as Santa Claus on Christmas Eve, even going so far as to trap a lackadaisical misfit reindeer to pull his sleigh.

Meanwhile, down in Who-ville, Cindy-Lou Who—a young girl overflowing with holiday cheer—plots with her gang of friends to trap Santa Claus as he makes his Christmas Eve rounds so that she can thank him for help for her overworked single mother. As Christmas approaches, however, her good-natured scheme threatens to collide with the Grinch’s more nefarious one. Will Cindy-Lou achieve her goal of finally meeting Santa Claus? Will the Grinch succeed in silencing the Whos’ holiday cheer once and for all?”

The inspiration for our Grinch-mas Bark came largely from the colors and iconography of The Grinch over time. Shades of green along with hearts and snow make this treat not only festive but fun as well. To bring in a bit of winter we added peppermint. The result is a treat so tasty that even The Grinch himself wouldn’t be able to resist. 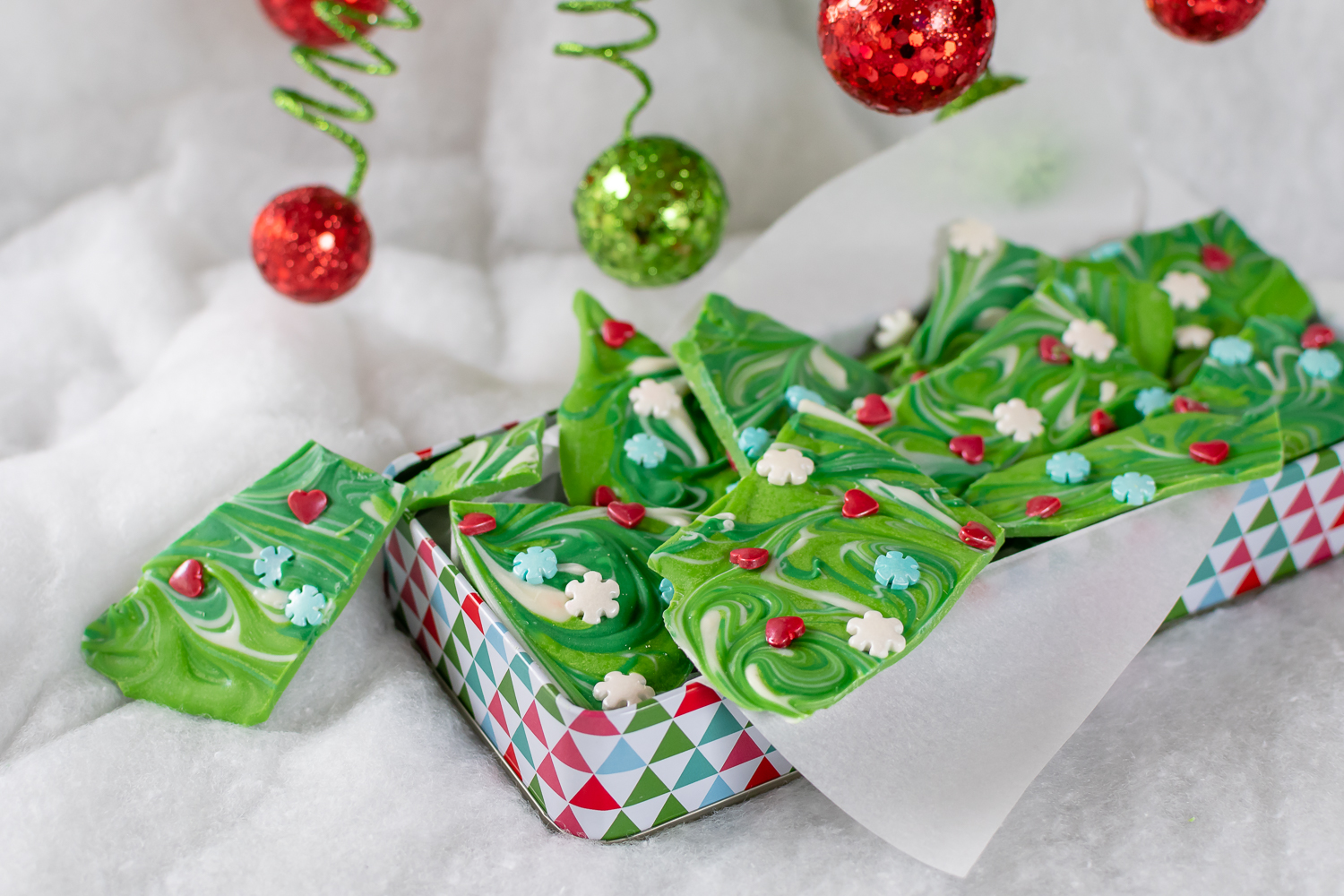 In addition to our festive Grinch-mas Bark recipe, we are giving away 3 family four packs of VIP screening tickets for a sneak preview of Dr. Suess’ The Grinch. The screening will be on Tuesday, November 6th at 7 pm at Harkins Tempe Marketplace. Winners should arrive at 6:15 in order to guarantee their seating. Winners will be selected on Sunday, November 4th. Good luck!

Grinch-mas Bark: A Recipe Inspired by Dr. Suess’ The Grinch 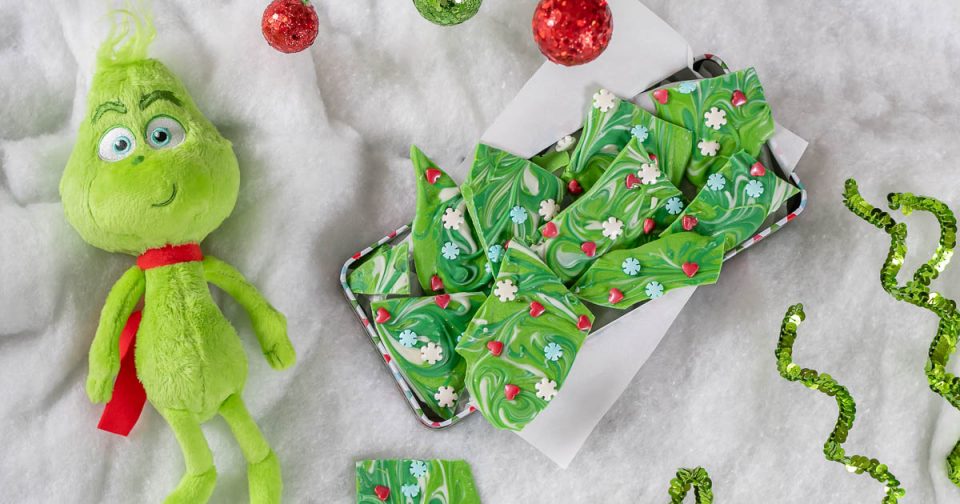 Perfect for a holiday treat or even gift, The Geeks have created a recipe for Grinch-mas Bark inspired by Dr. Suess' The Grinch. 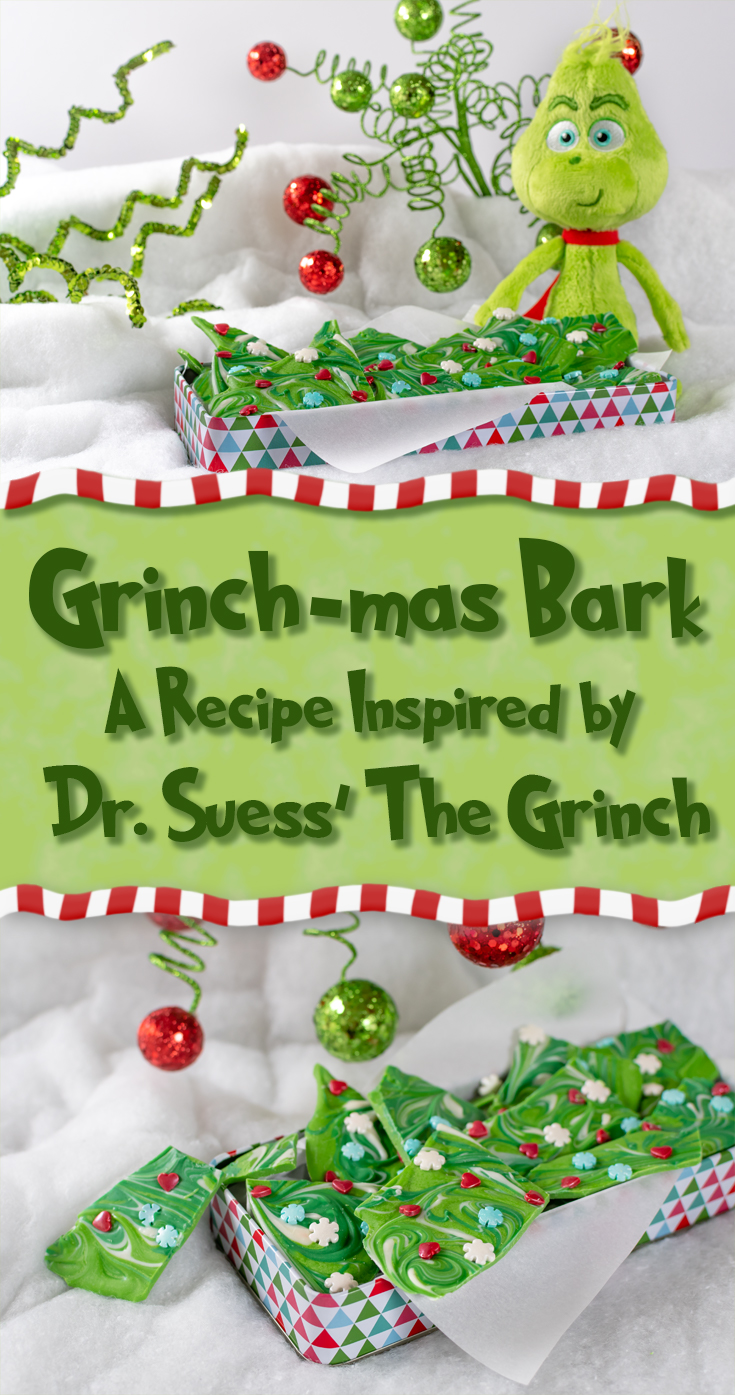 One Reply to “Grinch-mas Bark: A Recipe Inspired by Dr. Suess’ The Grinch”