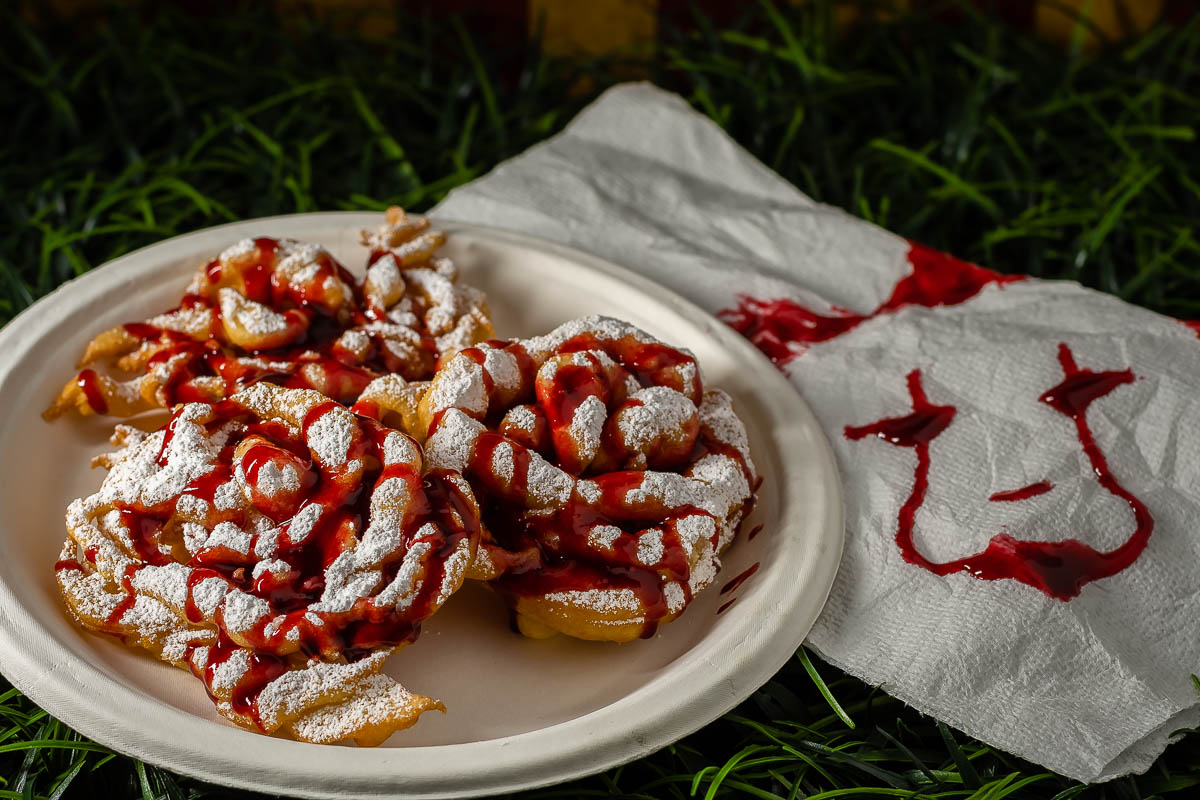 One of the most anticipated movies of 2019 is about to make its debut next week! IT: Chapter 2 is finally making its way into theaters and we couldn’t be more excited. 2 years ago we created a recipe for You’ll Float Too Floats inspired by the first film and now we’ve got a new recipe to follow up with. Not only that but we have a great giveaway!

In IT: Chapter 2, “twenty-seven years after the Losers Club defeated Pennywise, he has returned to terrorize the town of Derry once more. Now adults, the Losers have long since gone their separate ways. However, people are disappearing again, so Mike, the only one of the group to remain in their hometown, calls the others home. Damaged by the experiences of their past, they must each conquer their deepest fears to destroy Pennywise once and for all…putting them directly in the path of the shape-shifting clown that has become deadlier than ever.” 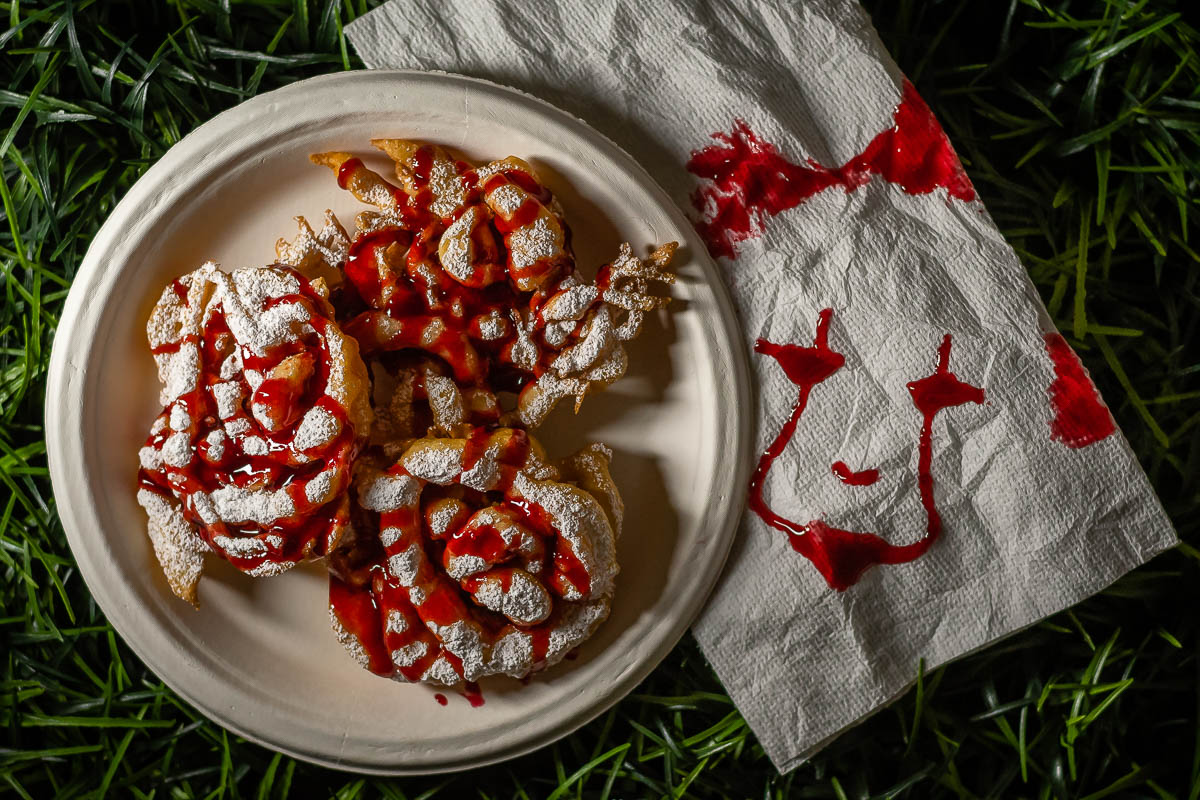 When coming up with the recipe we were given some hints about some of the locations of events in the film. Believe it or not, we still haven’t seen any full-length trailers for the film. With one of the scenes taking place at Derry Canal Days, we thought it would be fun to tackle the carnival food angle. With their powdered sugar and red berry sauces, funnel cakes seemed like an obvious choice. Not only that but they are pretty easy to make.

In addition to our tasty Derry Canal Days Funnel Cakes recipe, we are giving away 5 pairs of VIP Advanced Screening Passes to an advanced showing of IT: Chapter 2! The showing will be held at IMAX Arizona Mills on Tuesday, September 3rd. The screening starts at 7 pm and the winners should arrive at 6:15 in order to guarantee their seating. Winners will be selected on Friday, August 30th. Good luck! 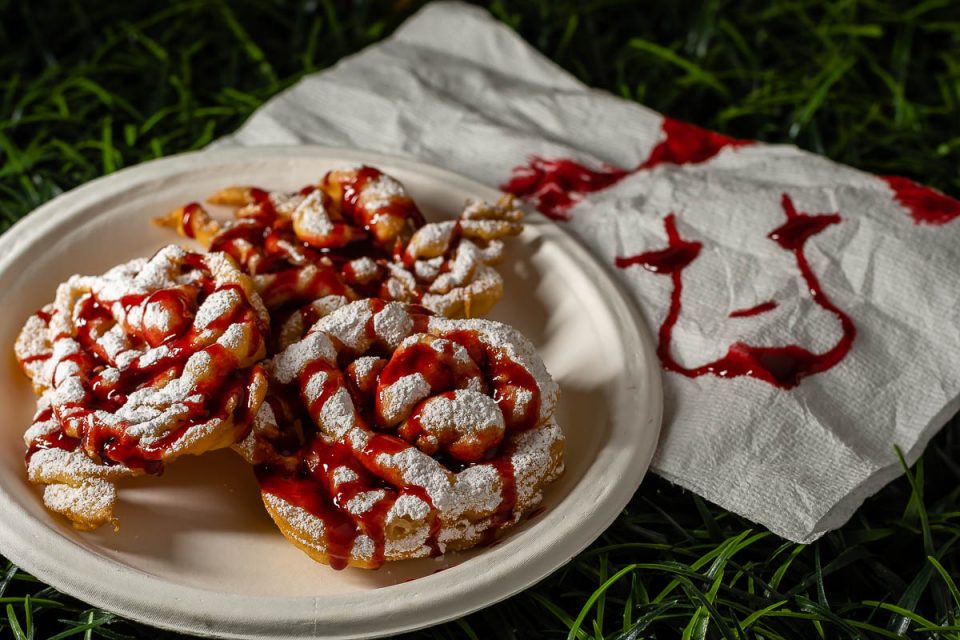 In order to get ready for what promises to be one of the scariest movies of the year, The Geeks have created a recipe for Derry Canal Days Funnel Cakes, inspired by IT: Chapter 2. 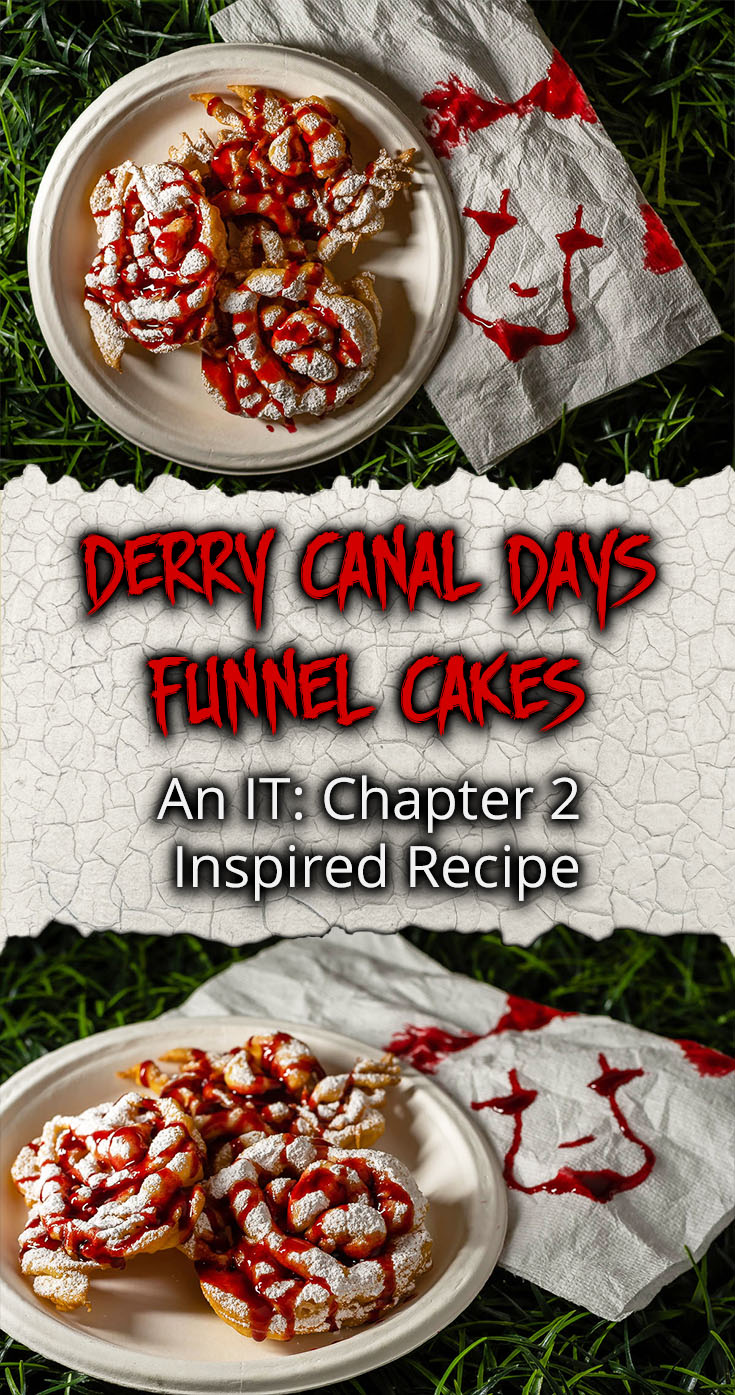