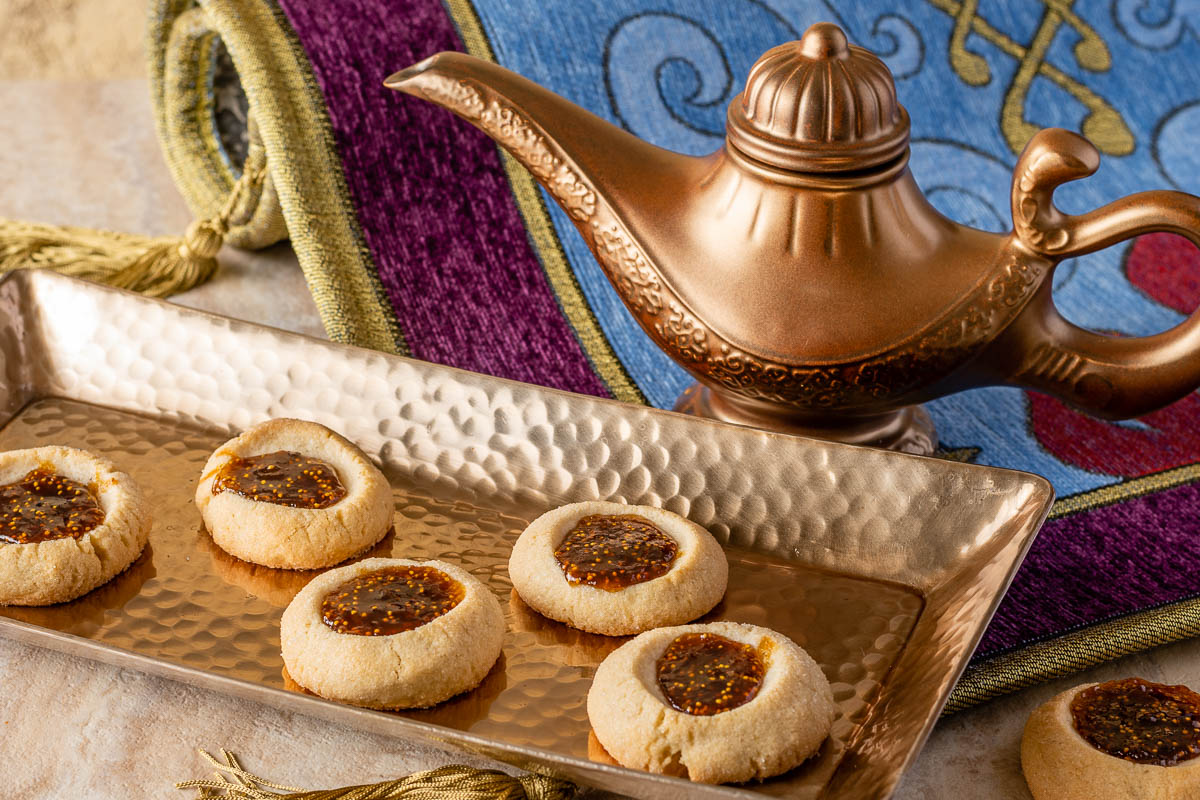 Our recipe for Genie’s Fig Jam Cookies is a Paid Promotion for Walt Disney Studios’ Aladdin.

Earlier this summer Aladdin wowed audiences with its stunning visuals, catchy music, and fantastic cast. Now it is coming to home video which means it’s time to get ready with a new recipe! We’ve created a brand new recipe for Genie’s Fig Jam Cookies, inspired by one of our favorite scenes! Read on to grab our recipe and find out what treasures the home release of Aladdin holds!

Bonus features for Aladdin include*: 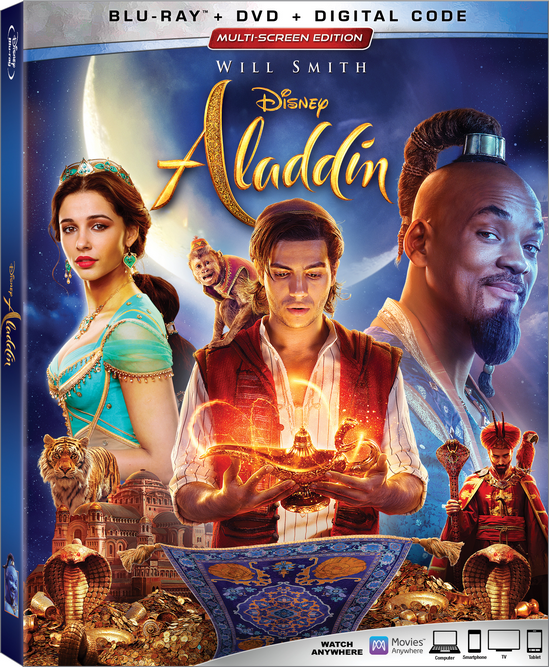 As with our other Aladdin inspired recipe, we decided to create a dessert recipe. However, instead of taking inspiration from the song A Friend Like Me, we were inspired by the jam scene. We used fig jam/spread because it is thematically and regionally correct. A hint of cardamom in the dough also makes you feel as though you are in Agrabah!

We hope you love our Genie’s Fig Jam Cookies! They are sure to become one of your favorite wishes! Aladdin is now available on Digital in HD, 4K Ultra HD™ and Movies Anywhere and will be available physically on 4K Ultra HD, Blu-ray™ and DVD on Sept. 10th! 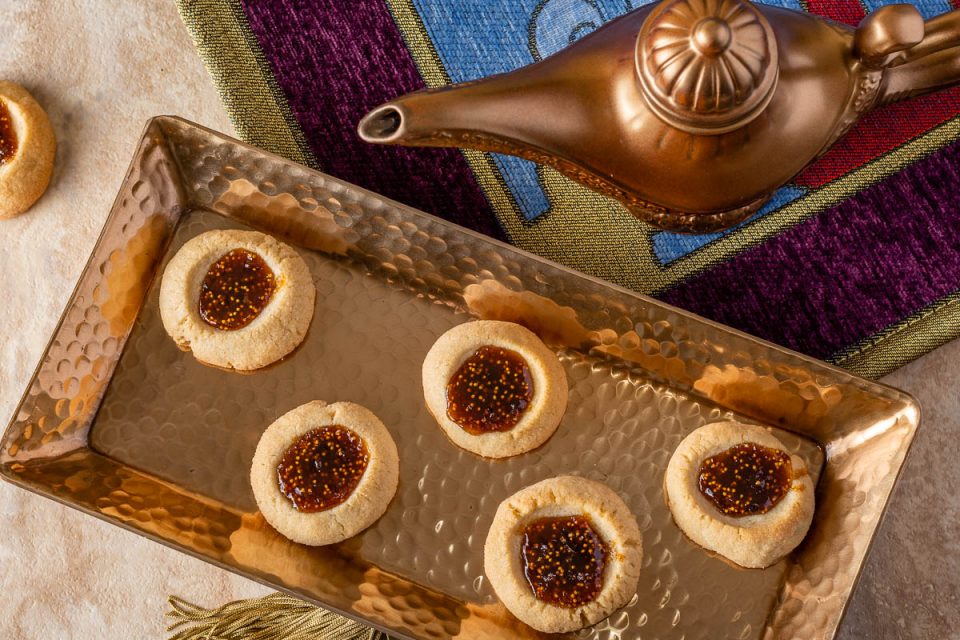 Celebrate the home release of Disney's live-action rendition of Aladdin with The Geeks' latest recipe for Genie's Fig Jam Cookies!

*This is a Paid Promotion for Walt Disney Studios’ Aladdin. All opinions are wholly our own. View our Disclosure Policy for more info. 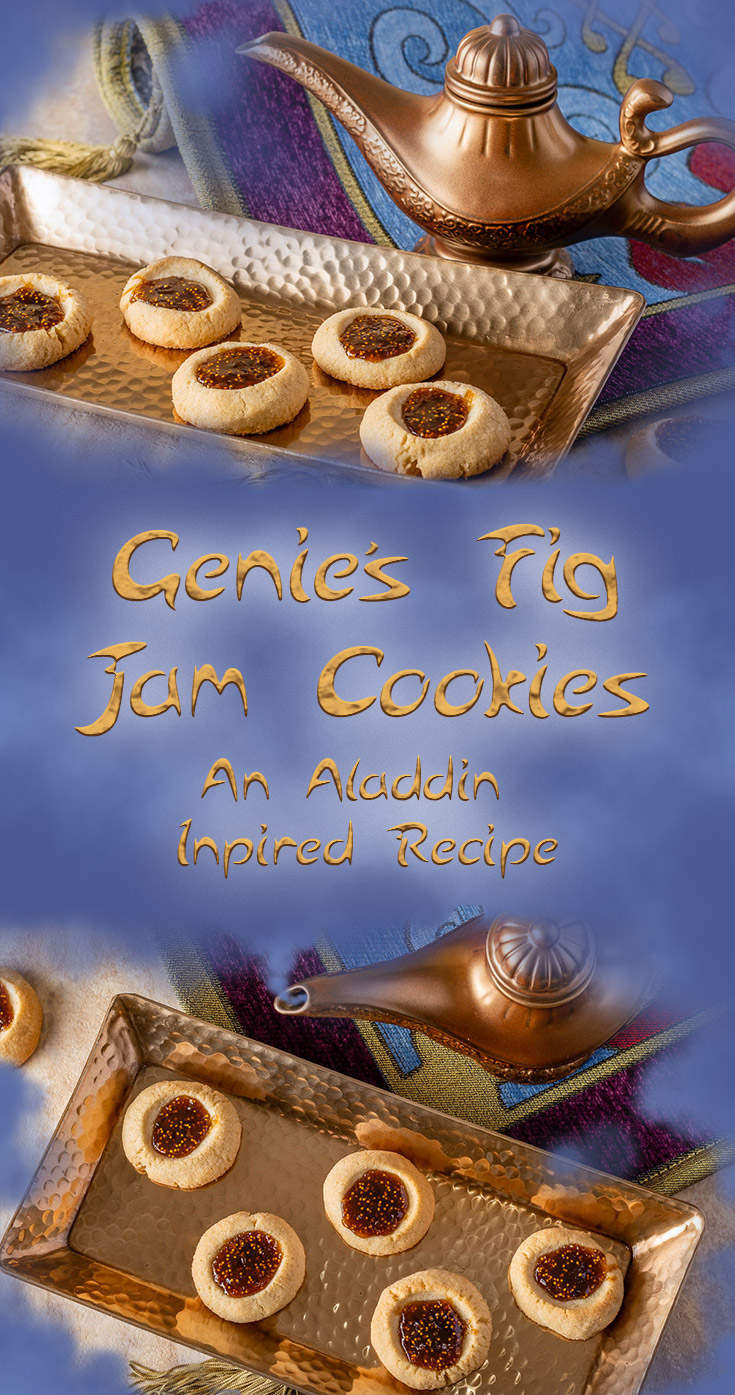