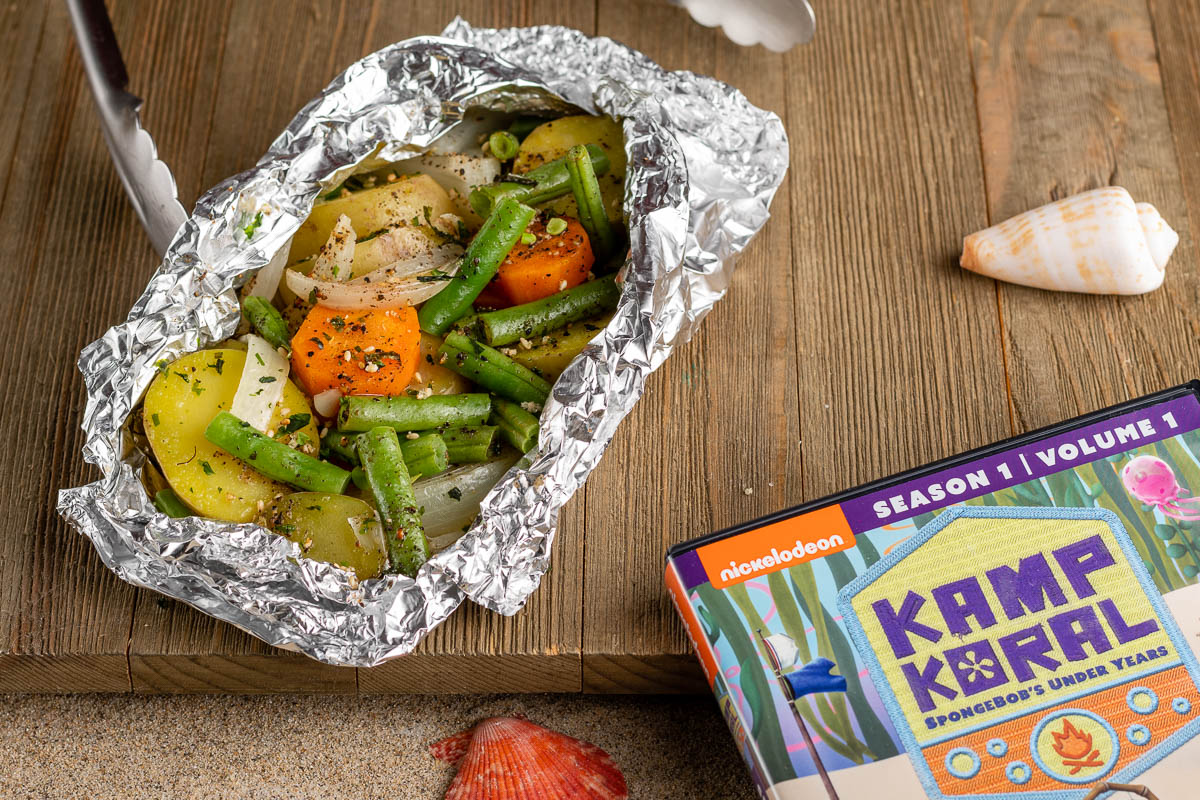 Our recipe for Kamp Koral Veggie Foil Packs is a Paid Promotion for Nickelodeon’s Kamp Koral: SpongeBob’s Under Years.

If you weren’t aware, we are huge SpongeBob fans here at Geeks Who Eat Headquarters. I (Sarah) even performed the F.U.N. Song during camp when I was in high school. So when we were asked to create a recipe for a new SpongeBob show the answer was, of course, immediately a yes! 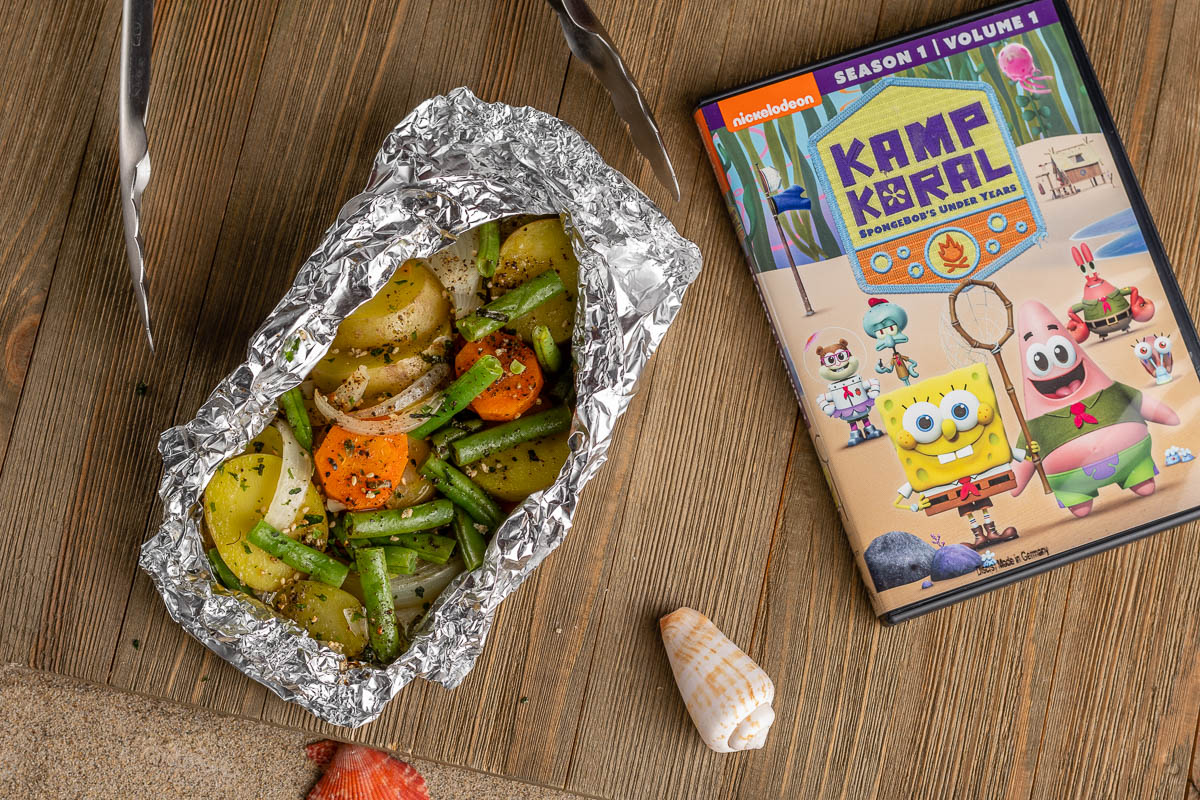 The inspiration for our Kamp Koral Veggie Foil Packs came from the show’s camp setting. We wanted something that you’d cook over a fire or grill. Additionally, since the show is in a time prior to the Krabby Patty we went with veggies. Especially since in the show, Plankton is the camp cook. To give our veggies some ocean flair, we topped them with a nori (seaweed) seasoning called furikake that is typically used on rice. The result is a perfect dish for spring and summer grilling that feels beachy without using seafood!

We hope you enjoy recreating this recipe at home! Kamp Koral: SpongeBob’s Under Years is now available to purchase on DVD! Get your copy today so you can enjoy it with our veggie foil packs! Tell us in the comments below, who is your favorite SpongeBob character? Would you like to see us create more kid friendly recipes like this? 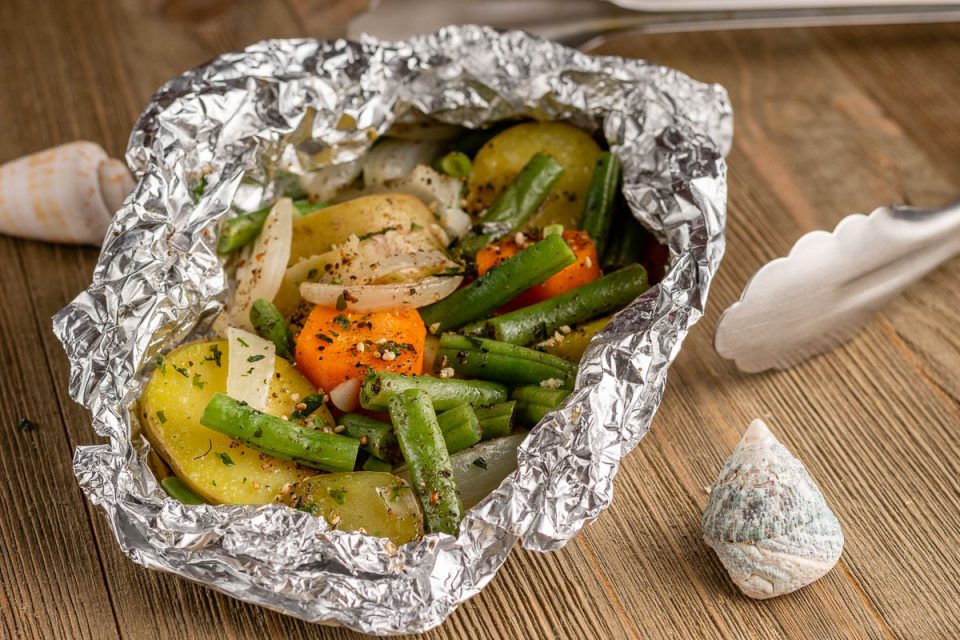 Inspired by the new SpongeBob show, Kamp Koral: SpongeBob's Under Years, The Geeks have put together a foil pack perfect for summer grilling.

*This is a Paid Promotion for Nickelodeon’s Kamp Koral: SpongeBob’s Under Years. All opinions are wholly our own. View our Disclosure Policy for more info. 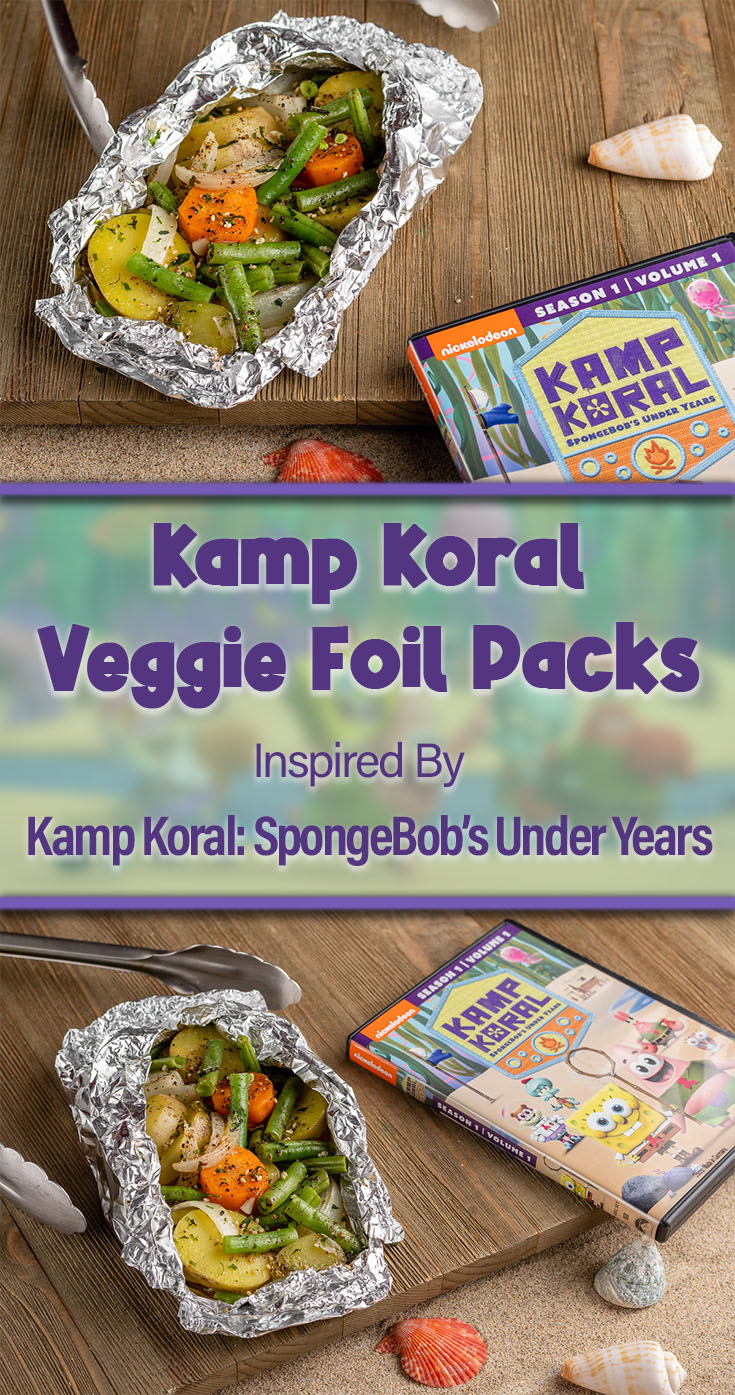