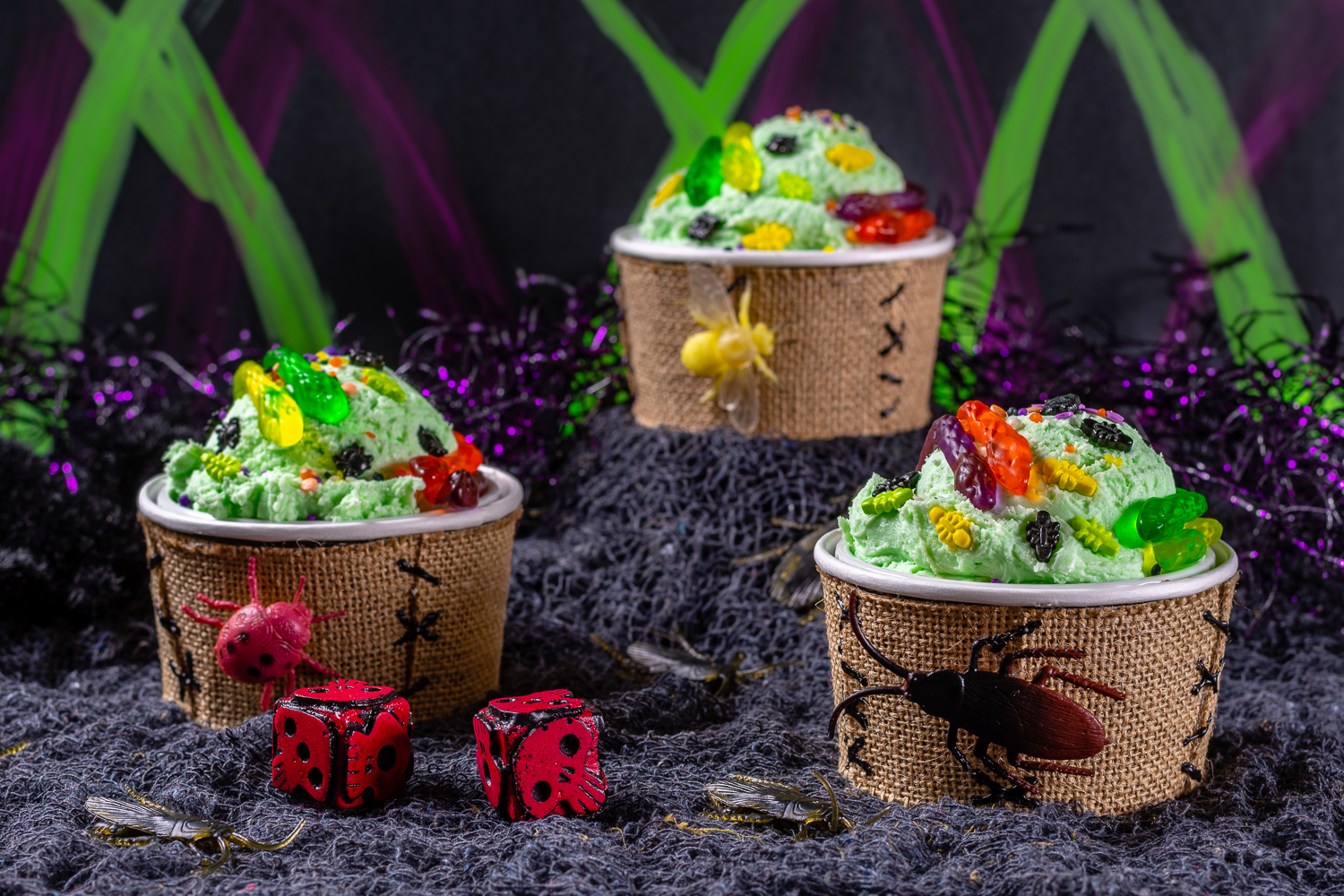 Our recipe for Oogie Boogie Ice Cream Sundaes is a Paid Promotion for Walt Disney Studios’ The Nightmare Before Christmas.

Last week we shared a recipe inspired by one of our favorite Halloween themed movies, Hocus Pocus. Hocus Pocus is celebrating its 25th anniversary. Another one of our favorite Halloween films, The Nightmare Before Christmas, is celebrating its 25th anniversary as well! We’ve created a fun DIY/recipe, Oogie Boogie Ice Cream Sundaes, inspired by the film’s villain, Oogie Boogie!

“In The Nightmare Before Christmas, Jack Skellington (singing voice of Elfman and speaking voice of Chris Sarandon), Halloweentown’s beloved Pumpkin King, is bored with the same old annual scare-and-scream routine and longs to spread the joy of Christmas. But his newfound obsession puts Santa in jeopardy and creates a nightmare for good little boys and girls everywhere. Jack is surrounded by a creepy and captivating cast of characters, including Sally (voice of Catherine O’Hara), a resourceful rag doll that has trouble fitting in, like her good friend Jack; mad scientist Dr. Finklestein (voice of William Hickey); the two-faced Mayor of Halloweentown (voice of Glenn Shadix); Oogie Boogie (voice of Ken Page), a rambling, gambling bag of bugs; and Lock (voice of Paul Reubens), one in a trio of trick-or-treating troublemakers.”

This latest release of The Nightmare Before Christmas for its 25th anniversary is jam-packed full of bonus features! They include*:

Song Selection – Shriek along with these ghoulish tunes from the movie, or just lend an ear if you find singing to be particularly ghastly. 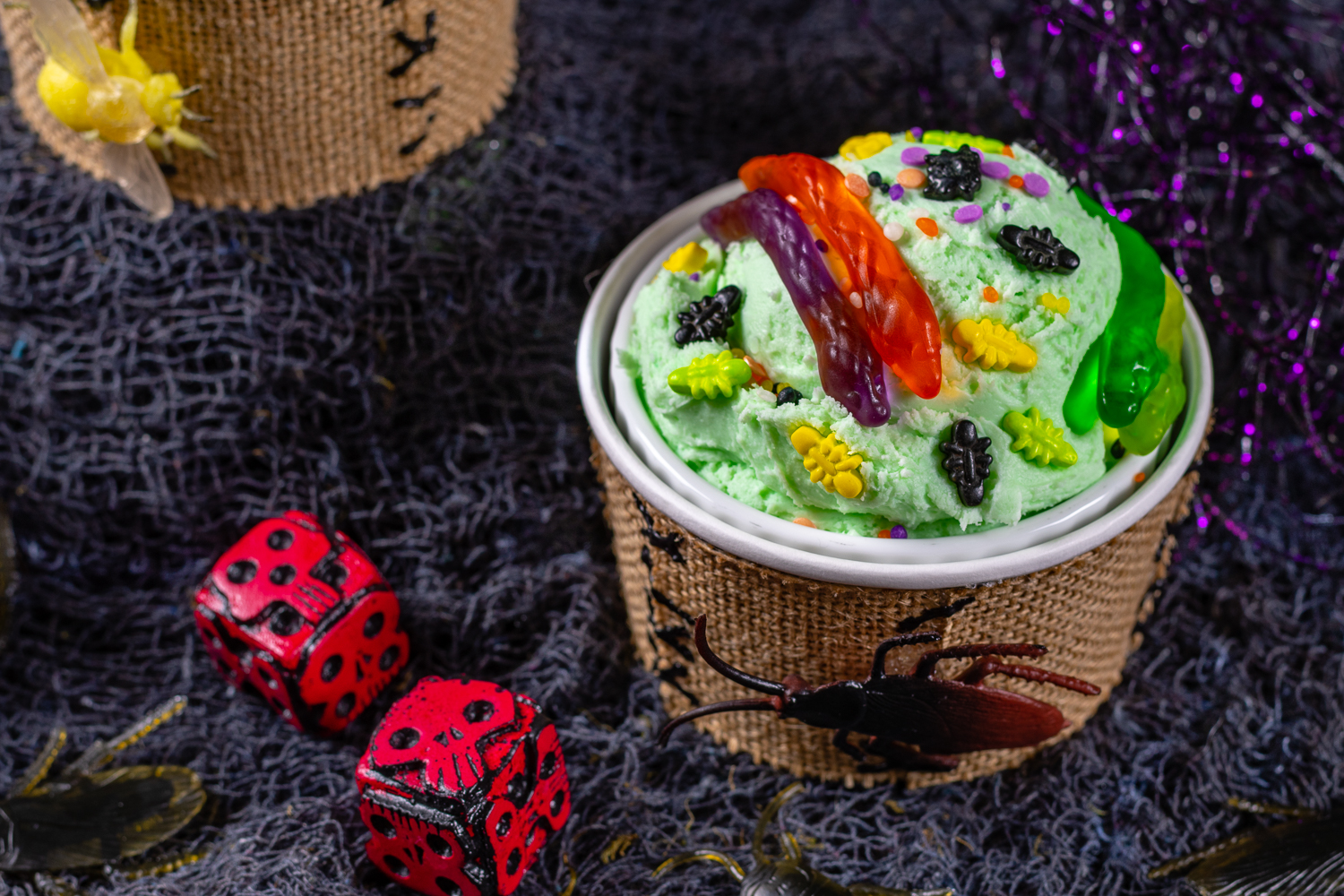 We went about creating Oogie Boogie’s Ice Cream Sundae a bit differently than our normal recipes. Instead of focusing on the dish itself, we focused on how it would be served. We created these adorable Oogie Boogie cups complete with burlap and bugs! They are fairly easy and make a great party favor as well! Add your favorite green ice cream, a few bug sprinkles, and gummy worms, and voila, party perfection!

*Bonus features may vary by retailer.

Oogie Boogie Ice Cream Sundaes: A Recipe Inspired by The Nightmare Before Christmas 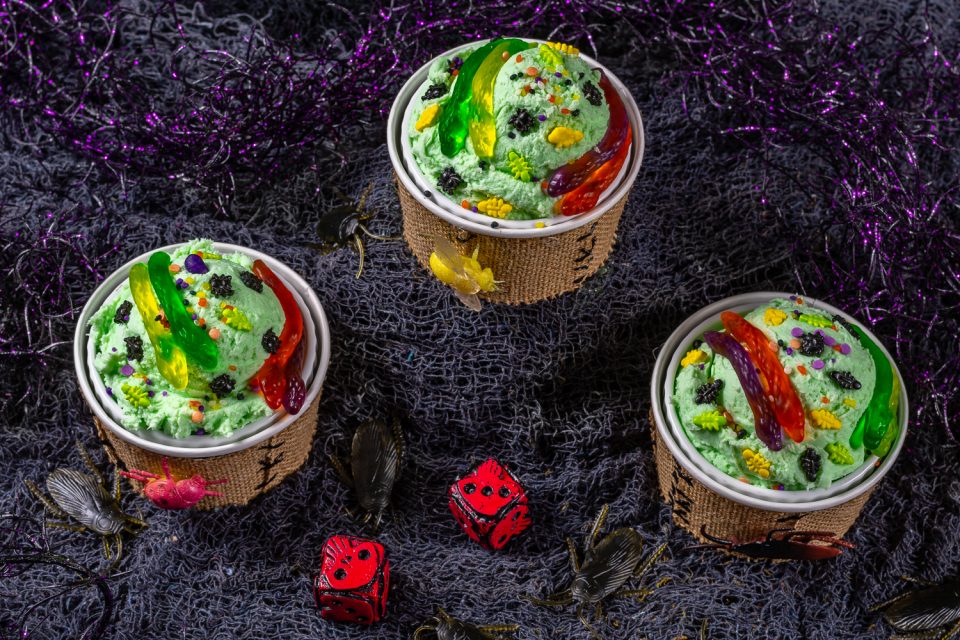 The Geeks are celebrating the 25th anniversary of The Nightmare Before Christmas with a cute craft and ice cream sundae DIY called Oogie Boogie Ice Cream Sundaes!

If you want to be able to reuse the cups or send them off as party favors you can use a second bowl or ramekin as an insert to keep the outer bowl clean.

*This is a Paid Promotion for Walt Disney Studios’ The Nightmare Before Christmas. All opinions are wholly our own. View our Disclosure Policy for more info. 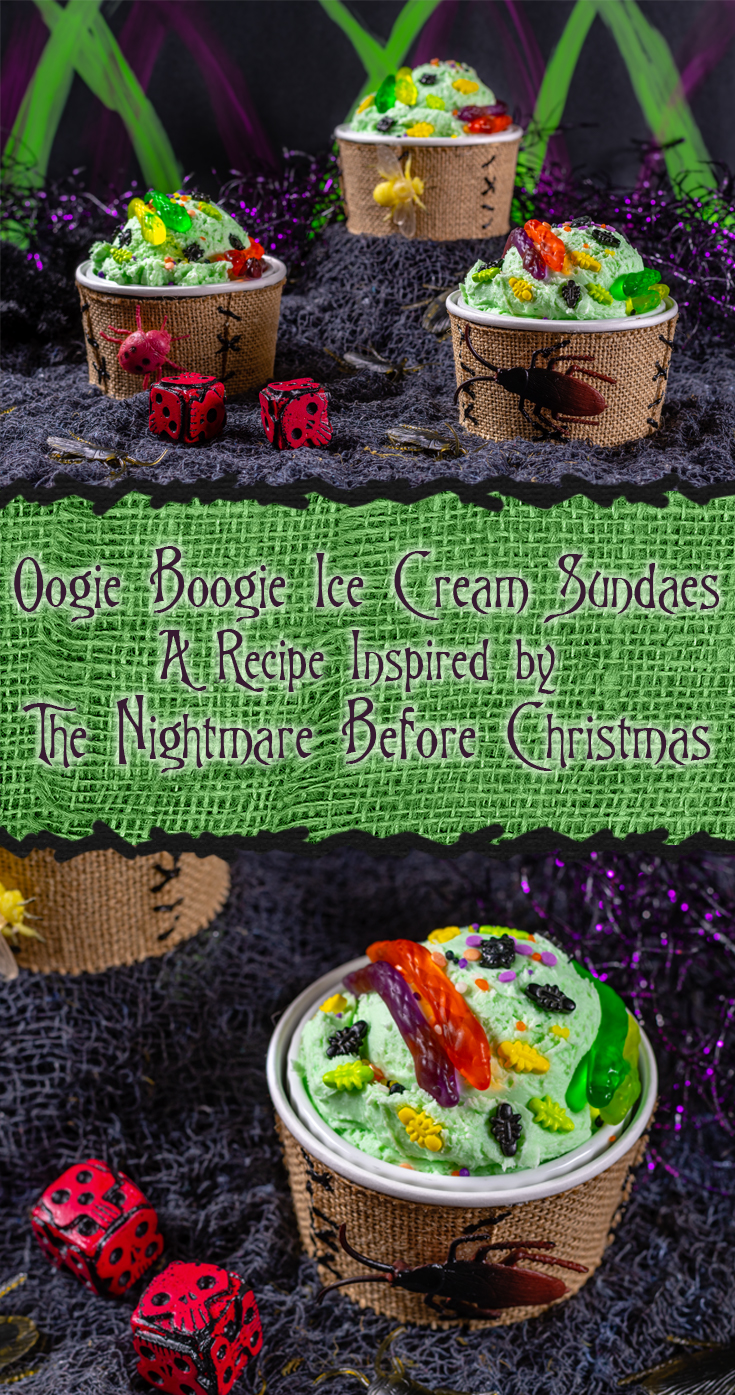 One Reply to “Oogie Boogie Ice Cream Sundaes: A Recipe Inspired by The Nightmare Before Christmas”